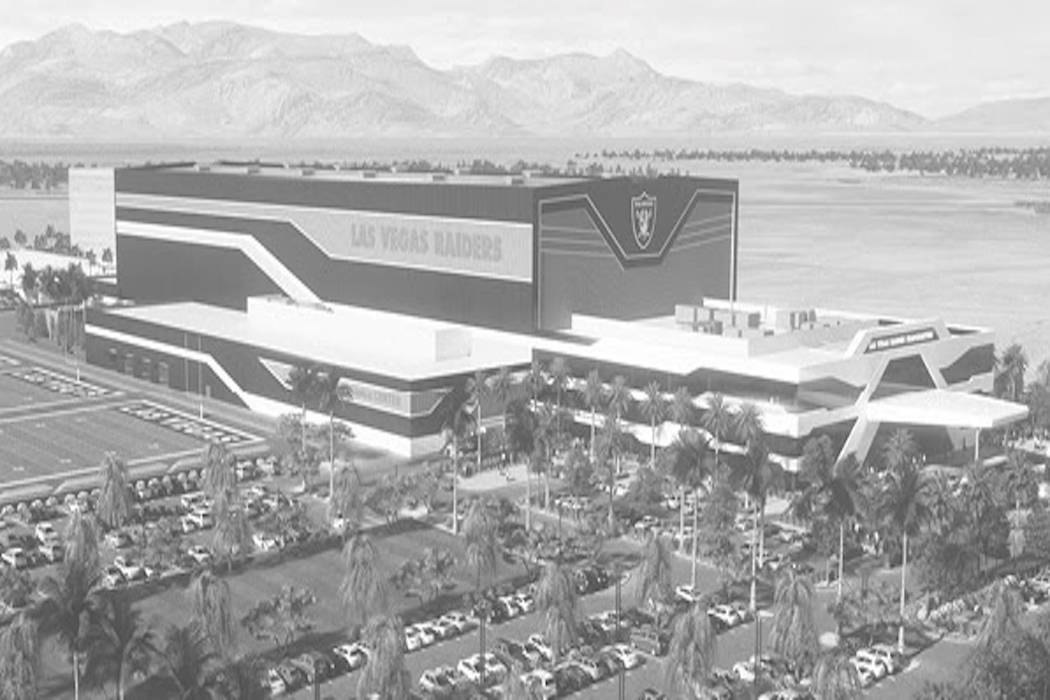 A rendering of the Raiders future headquarters facility in Henderson. (Raiders)

The NFL’s Raiders will formally break ground on their Henderson headquarters and practice facility this month, the team announced Wednesday.

The ceremonial groundbreaking for the facility, located near Executive Airport Drive and St. Rose Parkway, is slated for Jan. 14.

Records obtained by the Las Vegas Review-Journal in September revealed plans for the 323,000 square-foot facility. The team wants to have one and a half indoor football fields, a 200-seat theater, a training center and office space. Outside, the Raiders plan to add three more fields, seating for fans and a pool. 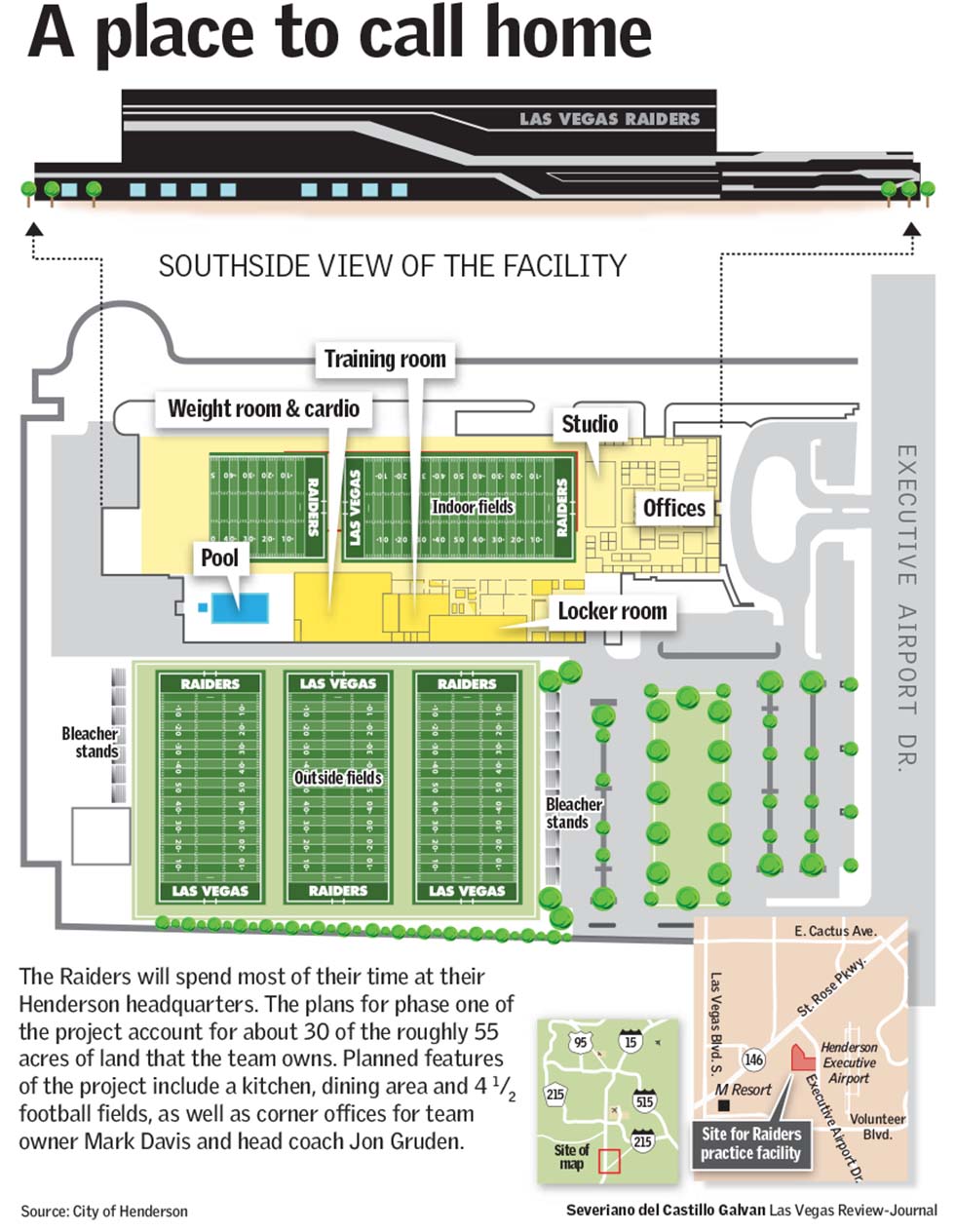 The team in January 2018 purchased the 55-ace plot of land near Henderson Executive Airport for about $6 million — half of its appraised value. Barbra Coffee, the city’s director of economic development and tourism, has said the complex is expected to spur development in a growing area of the city.

According to Coffee, the Raiders have committed to investing an estimated $75 million in the project’s first phase. The goal is to complete construction on the facility by spring of 2020.

The Raiders are scheduled to play in the new 65,000-seat Las Vegas stadium for the 2020 NFL season.