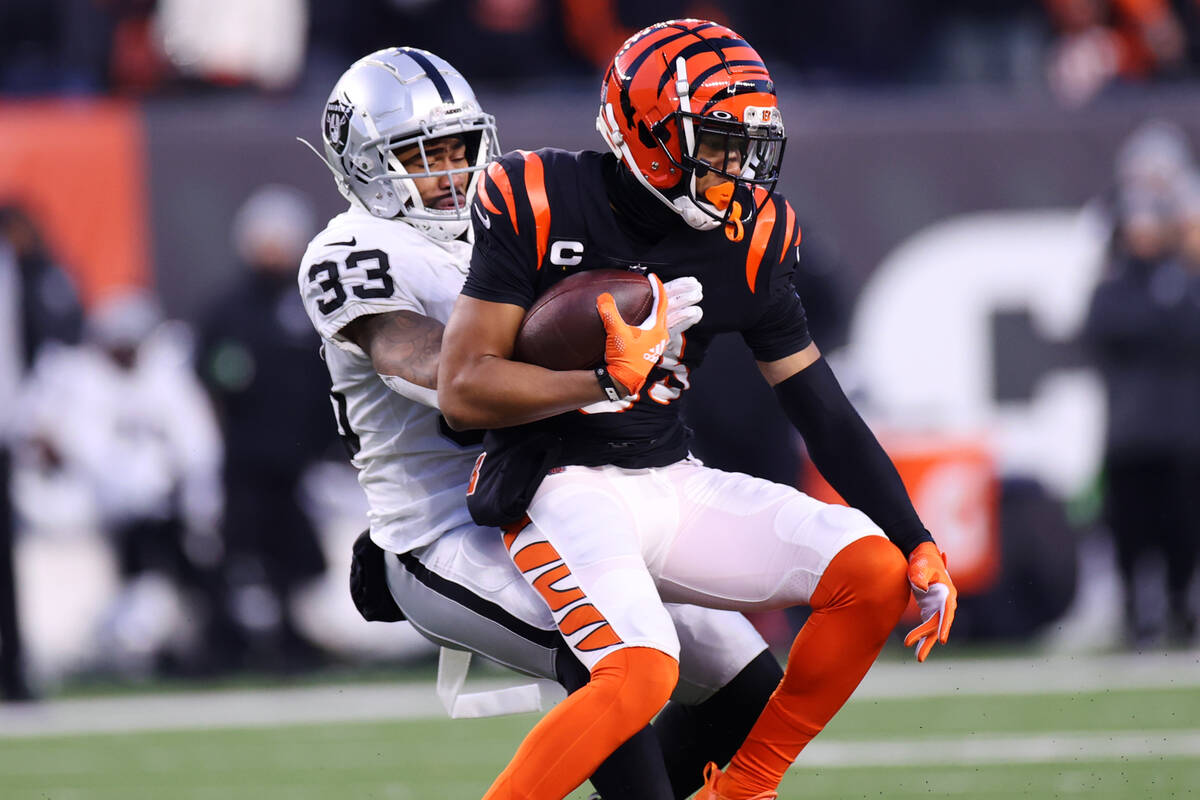 Three quick takeaways from the Raiders’ 26-19 loss to the Bengals in a wild-card playoff game Saturday in Cincinnati:

The Raiders overcame an unspeakable amount of adversity to win their final four regular-season games and make an unexpected run to the postseason.

They showed that fight in Cincinnati despite trailing nearly the entire game with one last shot at forcing overtime.

But even though the loss ended the Raiders’ season, just making the playoffs made this year a success for them.

There were several times the Bengals appeared on the verge of taking complete control, but the Raiders repeatedly kept Cincinnati out of the end zone.

The Bengals drove inside the red zone five times, and three times wound up settling for field goals. They had another drive reach the 25-yard line that also ended in three points.

That defense came up big again to force a late Bengals punt and set up the offense for a potential tying touchdown.

Unfortunately for the Raiders, their offense didn’t always take advantage of the many opportunities. They often made hard-to-overcome mistakes, be it an ill-timed holding call or getting whistled three times in the first quarter alone for false starts.

The Bengals took a 20-6 lead with 1:51 left in the first half on a play that shouldn’t have counted.

An official’s whistle blew while Joe Burrow’s touchdown pass was on the way to Tyler Boyd, meaning it should have been replayed.

Maybe the Bengals would have scored a touchdown anyway, but the drive could’ve just as easily ended in a field goal. Either way, it was a bad look for the officiating crew and a big blow to the Raiders in a close game.