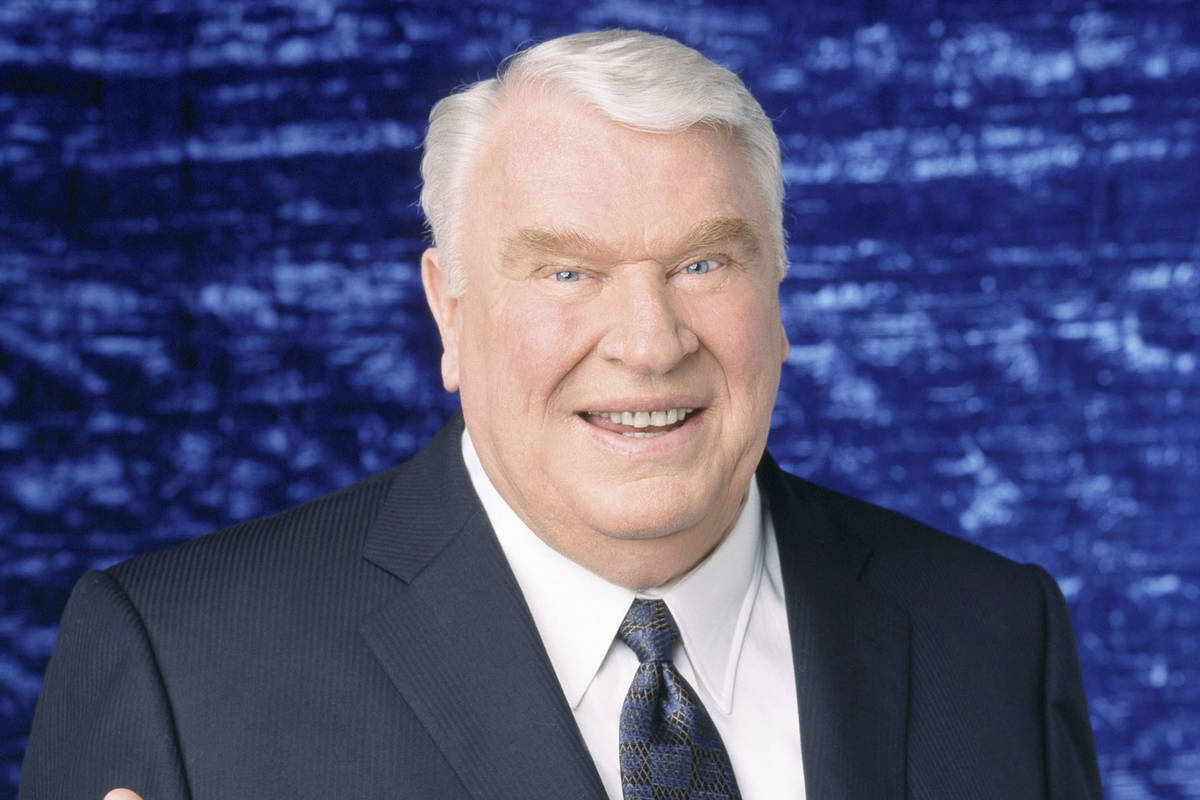 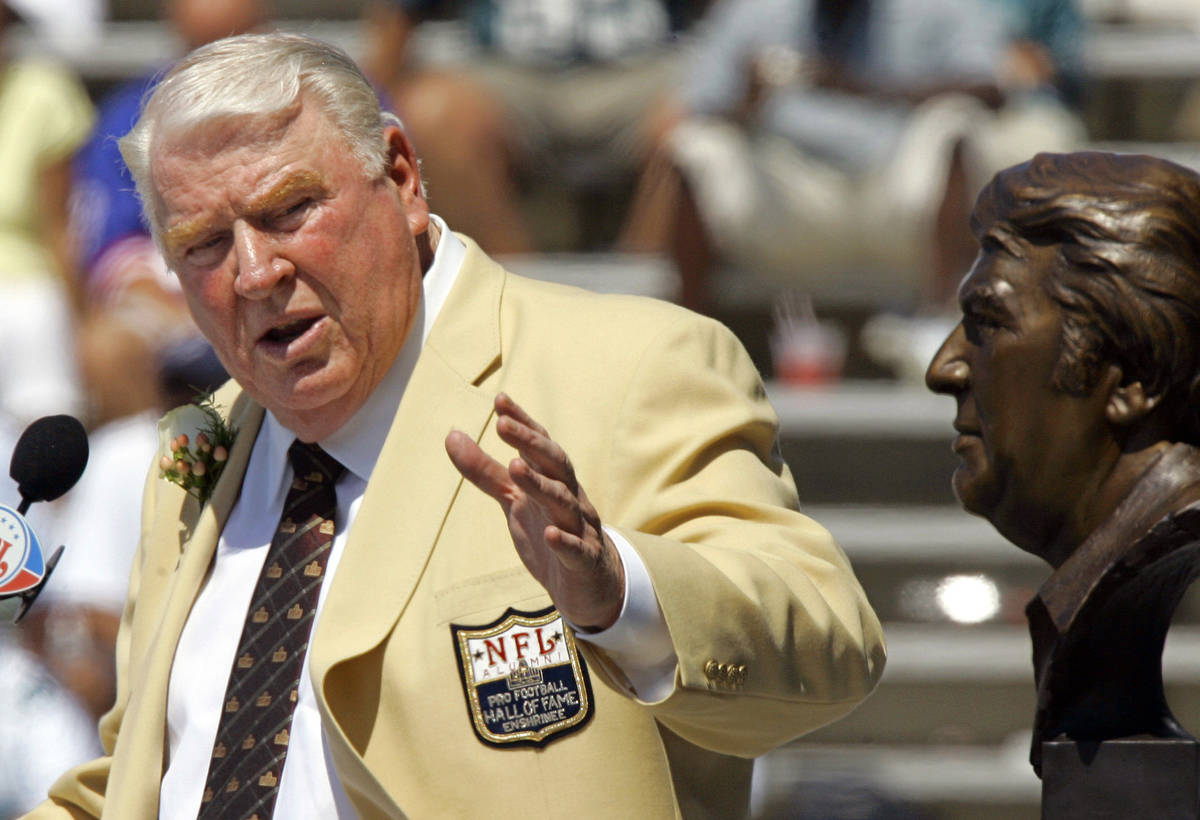 FILE - In this Aug. 5, 2006, file photo, former Oakland Raiders coach John Madden gestures toward a bust of himself during his enshrinement into the Pro Football Hall of Fame in Canton, Ohio. After a decade run as a successful coach of the Raiders, Madden made his biggest impact on the game after moving to the broadcast booth at CBS in 1979. He became the network's lead analyst two years later and provided the sound track for NFL games for most of the next three decades, entertaining millions with his interjections of "Boom!" and "Doink!" throughout games, while educating them with his use of the telestrator and ability to describe what was happening in the trenches. (AP Photo/Mark Duncan, File)

He’s 84 now and spends most of his time watching football in his living room. Throw in social distancing, and there’s a good chance John Madden may not be on hand for the Raiders’ first game in Las Vegas.

But there’s a pretty strong tie linking the team’s Hall of Fame coach to its new hometown. He attended Catholic school in Daly City, California, with former UNLV football coach and athletic director John Robinson. They remain close friends. In fact, it was Robinson who gave his childhood pal the idea for the “All-Madden” team after the winningest coach in Raiders history became a renowned broadcaster.

Here are five other things about John Madden from deep in his playbook:

Happy 83rd Birthday to the legendary John Madden, who used to drive down to take part in @unlvfootball's John Robinson Celebrity Golf Tournament each spring. He and J-Rob were two childhood pals living it up in Vegas! (and if you look close enough, you can see a young @unlvsid). pic.twitter.com/0uFrKIphDP

■ Madden had a small part in the movie “Little Giants.” When the kids got lost and happened upon a bus carrying NFL players, Madden drew up a trick play for them called “The Annexation of Puerto Rico.” In 2011, Carolina Panthers coach Ron Rivera ran the play for a touchdown against the Houston Texans.

#TBT to the time I told John Madden about the Annexation of Puerto Rico. pic.twitter.com/7rQuCEVq2r

■ The legendary coach also appeared in a music video for U2’s 2001 single “Stuck in a Moment You Can’t Get Out Of” in which a field-goal kicker named Paul Hewson — the real name of U2 frontman Bono — is forced to relive missing a field goal that cost his team the game.

■ Madden served as analyst on 476 consecutive NFL broadcasts but never the Pro Bowl in Hawaii due to an aversion to flying. He traveled to most games in a Greyhound-style bus he dubbed the Madden Cruiser. After the 2001 terrorist attacks, Madden let ice skating champion Peggy Fleming hitch a ride on the bus after her flight from New York to California was canceled.

■ Despite retiring from the broadcast booth in 2009, Madden continues to lend his name, image and voice to an Electronic Arts video game series named for him. During its original planning, he thought the game could be used as a teaching tool and to test plays. It was supposed to feature only six or seven players per side due to hardware limitations until Madden said he would not allow his name to be used unless it was “real football,” 11 on 11.

Today in 1988, the John Madden Football video game made its debut. #TodayInSports pic.twitter.com/rYycQjxKm9

■ Although he won 16 Emmy Awards for his TV work, Madden occasionally missed the mark on a prediction. Such as in 2014, when he was asked about the possibility of Jon Gruden returning as Raiders coach. “The further you get away from it — the game changes from week to week, from month to month and from year to year,” Madden said. “The game that Jon Gruden coached isn’t the game they’re playing now.”