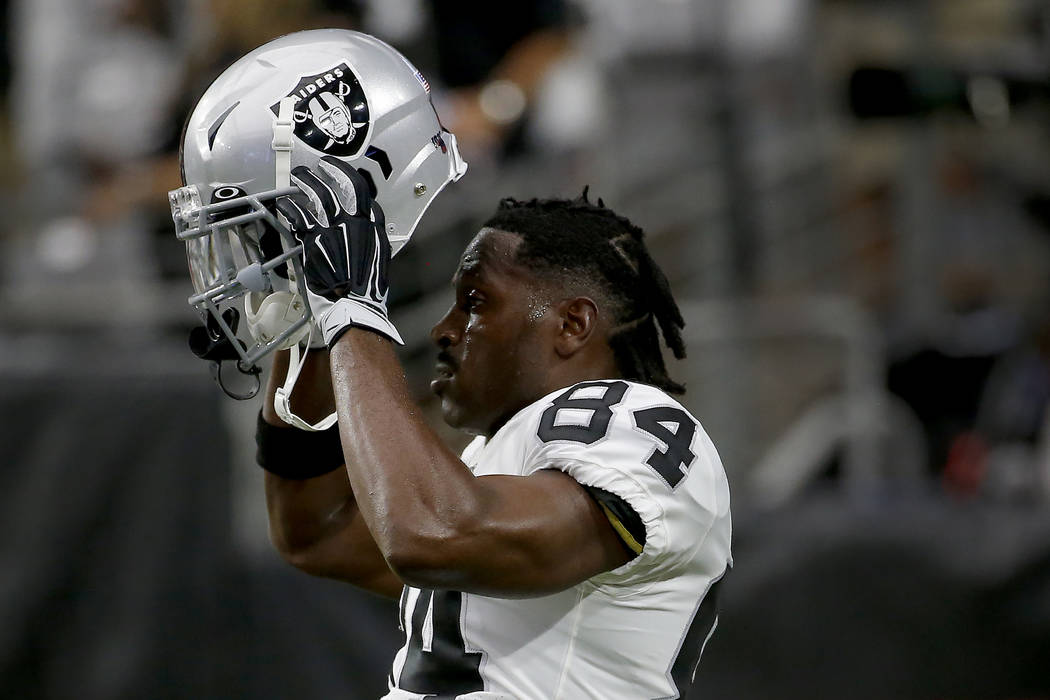 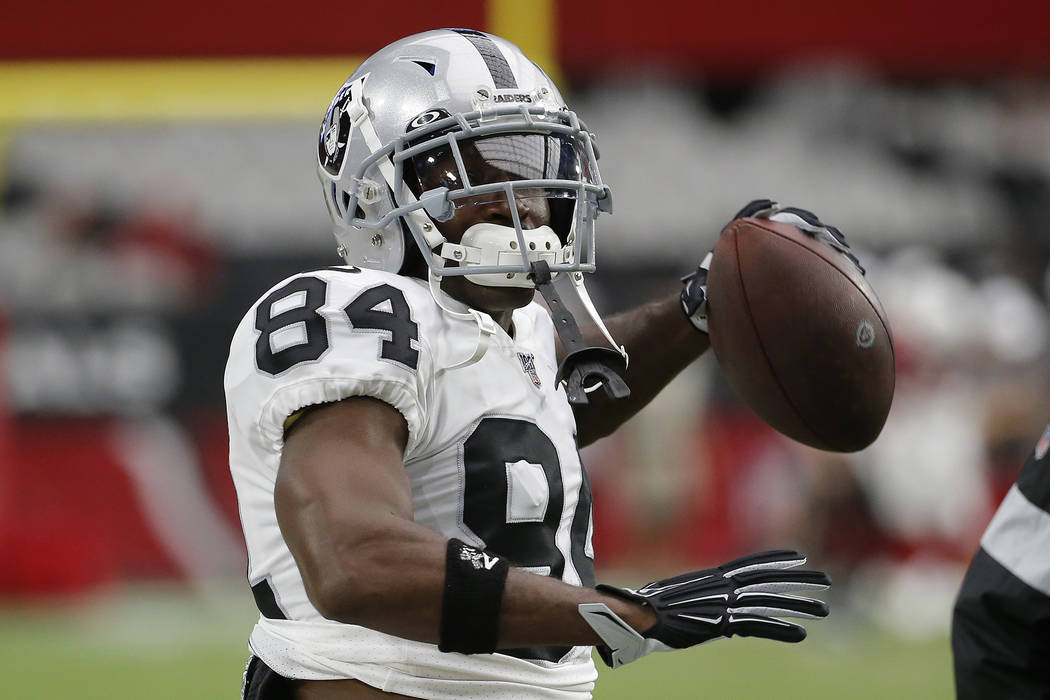 GLENDALE, Ariz. — The most difficult questioning Raiders star receiver Antonio Brown has faced about the frostbite and helmet sagas that have kept him mostly off the field during training camp may have come from his mother.

After reading a tweet saying Brown threatened to quit football over the league not allowing him to wear an uncertified helmet, he got a concerned call from her.

“I’m like, ‘Where did you get that from?’ ” Brown told reporters in the locker room after the Raiders’ 33-26 preseason victory over the Cardinals at State Farm Stadium on Thursday night. “I never said that. But that’s the hardest part. For me as an athlete, you have to have tough skin and not pay attention to what people say, because not everyone hates me. Maybe just a small percentage of people. I like to focus on the big picture, but if you guys could calm it down, it would help me out, because my family gets really stressed out.”

He may have been kidding about the last part, but the post from ESPN’s Adam Schefter about Brown potentially retiring seriously took off. It had more than 11,600 shares and 45,000 likes on Twitter with plenty of disparaging comments.

Brown admitted it can be difficult to read so many hurtful things about his situation from people who have never met him and don’t know the actual details.

“Absolutely, I feel misunderstood,” he said. “I’m not here to try to win people over or make people feel a certain way about me. I’m an athlete. I’m a human being. I’ve got tough skin. Just treat me like a human. Treat me with respect. But through it all, I’ve got a strong heart.”

Raiders fans have been more concerned about his feet and head.

Brown was in uniform, including a helmet, and went through warmups with his teammates before the game, though he did not play.

He said he is close to a return to the practice field, but he flatly denied ever considering retirement.

“I don’t know where they got that,” he said. “Who made that up? Why would I retire? I’ve got a beautiful career. I’m healthy. I love to play the game. Obviously, I inspire people with the way I play the game. I’m grateful to play, and I’m excited to put on this uniform.”

There still isn’t a final resolution to the helmet issue, however. Brown said he is still waiting on certification of the newer version of his preferred model.

“I’m still working with the NFL to make sure everything’s legal. I’m just excited to move forward and be here with my teammates and achieve our shared goals and get everything we deserve.”

Coach Jon Gruden would only say the helmet Brown wore Thursday was legal.

“Somebody approved it or he wouldn’t have worn it,” Gruden said. “It’s great to have him back. It’s been a strange, strange couple weeks with frostbite and the helmet grievance. I can’t say that’s common, at least in my history in this league. We weathered the storm. It’s great to see him out there with his teammates and he appears to be in great spirits and like he’s ready to get going. This Antonio Brown, I’m excited about him.”

Rookies often talk about the difficulty of adjusting to the speed of the game at the NFL level.

Raiders first-round pick Clelin Ferrell is more concerned with the pace of play.

“It’s crazy how slow it’s going,” he said after being part of a first-string defense that shut down Arizona’s starters. “Obviously, everything is fast when the ball is snapped, but just the TV timeouts, how long it takes just to wait for the kickoff. That’s so different because in college everything just seems like boom, boom, boom, so fast. It’s so elongated. You just have to adjust your mind.”

Ferrell was called for two illegal use of hands penalties on the first drive. Gruden chalked it up to getting “careless” with his hands.

“I would just say they adhere to the rules a lot more in the NFL just because we’re all about safety now in the league,” Ferrell said. “It’s just something I have to go back and fix the technique on. It’s just a learning curve.”

A source said Mauro would have played had it been a regular-season contest.

Backup offensive tackle David Sharpe suffered a left knee injury in the second quarter and did not return.

Reserve defensive end Alex Barrett walked with an athletic trainer to the locker room early in the fourth quarter, shortly after his right ankle was wrapped on the sideline.