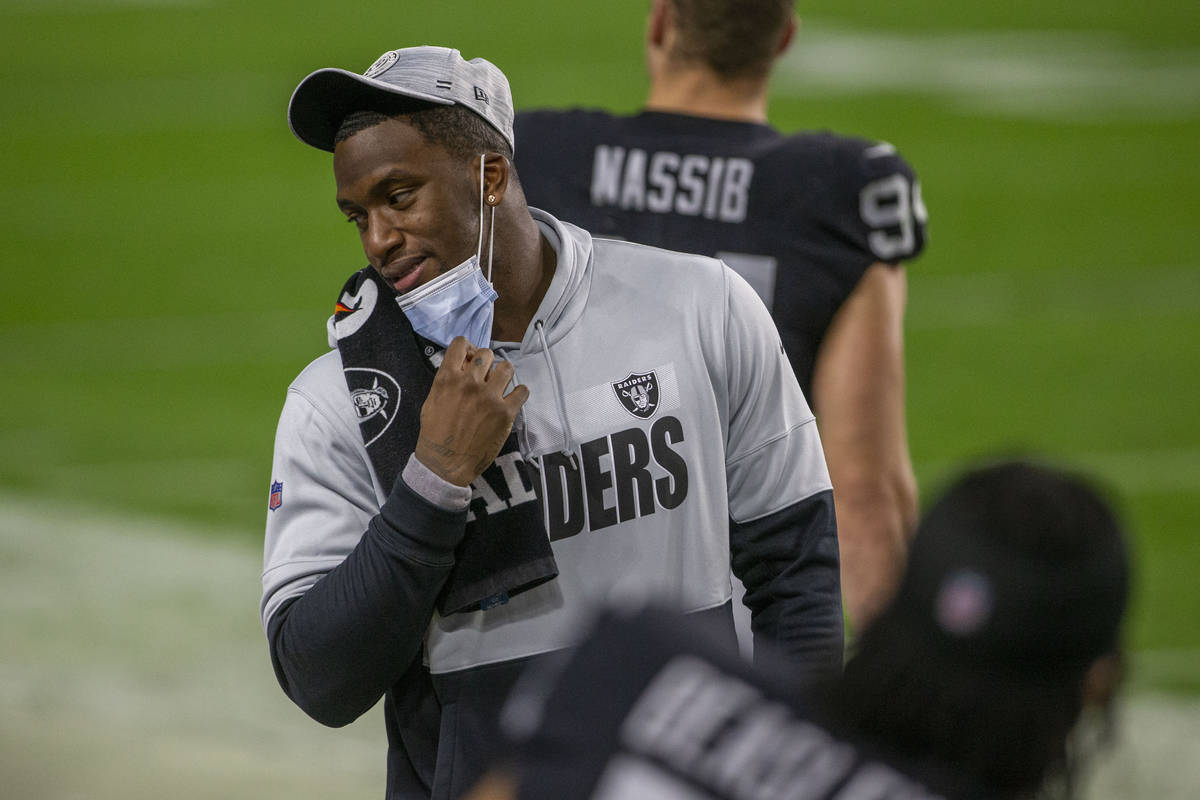 Raiders defensive end Clelin Ferrell pulls down his mask to talk during the first quarter of an NFL football game against the Los Angeles Chargers on Thursday, Dec. 17, 2020, at Allegiant Stadium in Las Vegas. (Heidi Fang/Las Vegas Review-Journal) @Heidi Fang

Raiders defensive end Clelin Ferrell is going back to his college number.

The 2019 first-round pick is listed as No. 99 on the roster after wearing No. 96 during his first two years in the NFL.

Arden Key has been No. 99 the last two seasons, but he was waived by the team last month and signed with San Francisco.

Ferrell wore No. 99 at Clemson, a decision he attributed to his respect for former 49ers star and ex-Oakland Raiders pass-rusher Aldon Smith.

Defensive lineman Darius Philon, who was signed by the Raiders in March, is now listed as wearing No. 96.

According to NFL merchandising rules, a player must buy out any existing inventory of his old jerseys at retail price to make an immediate switch. It’s unclear how many Ferrell No. 96 jerseys were on shelves.

Karl Joseph wore No. 42 during his first stint with the Raiders. He is now listed at No. 43 with linebacker Cory Littleton currently wearing the No. 42 jersey.

Most of the newcomers have been assigned jersey numbers, but they are subject to change. Drafted players are expected in the facility next week and probably will get numbers at that point.