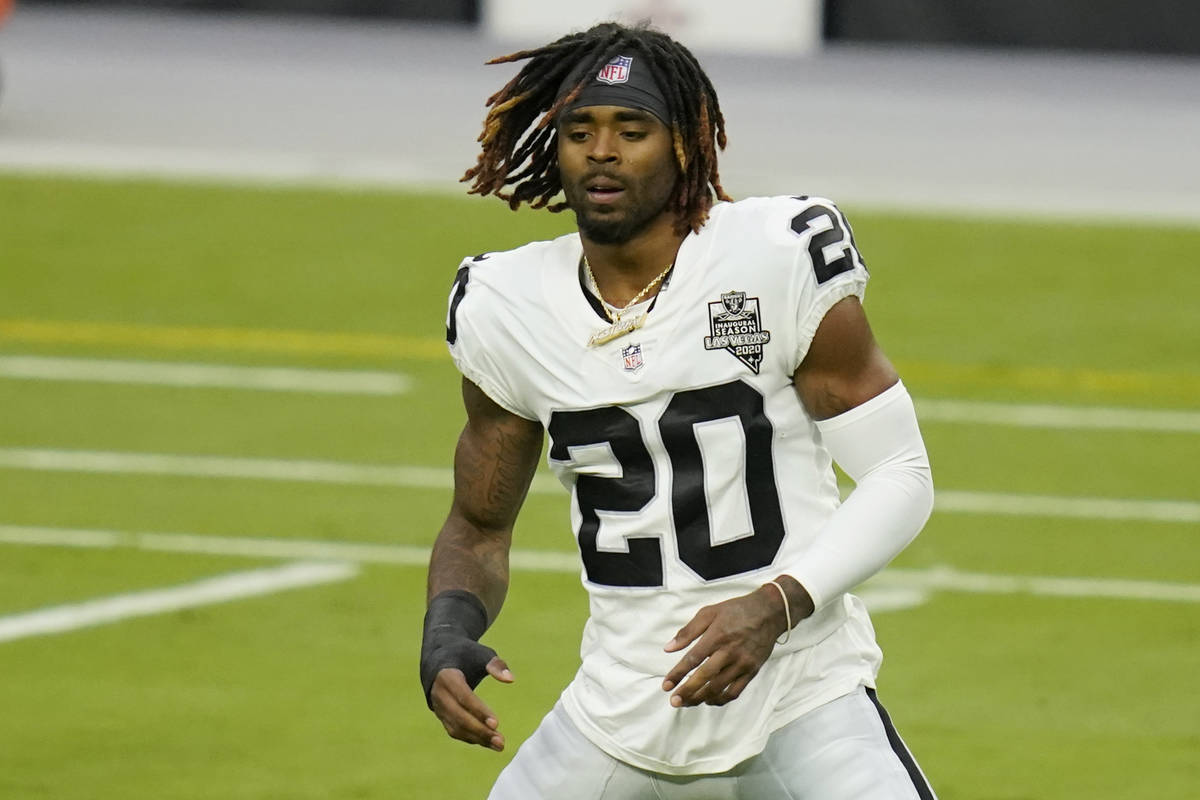 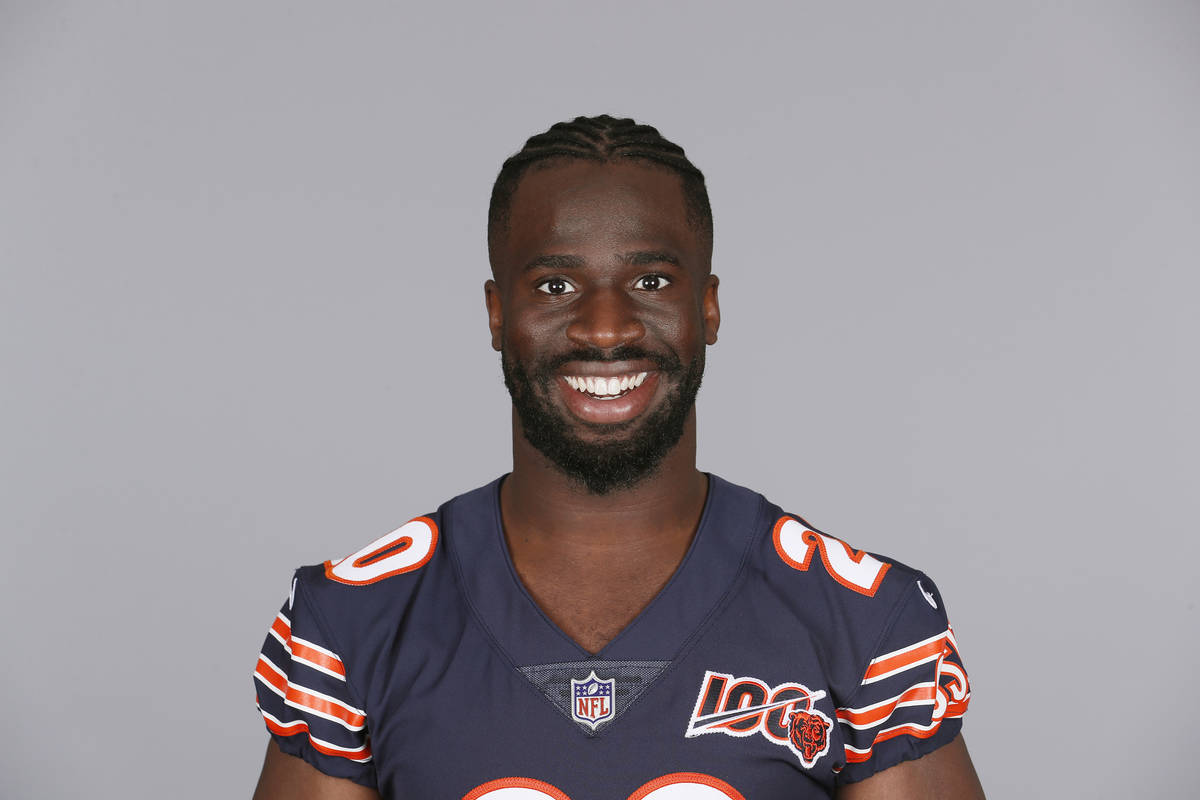 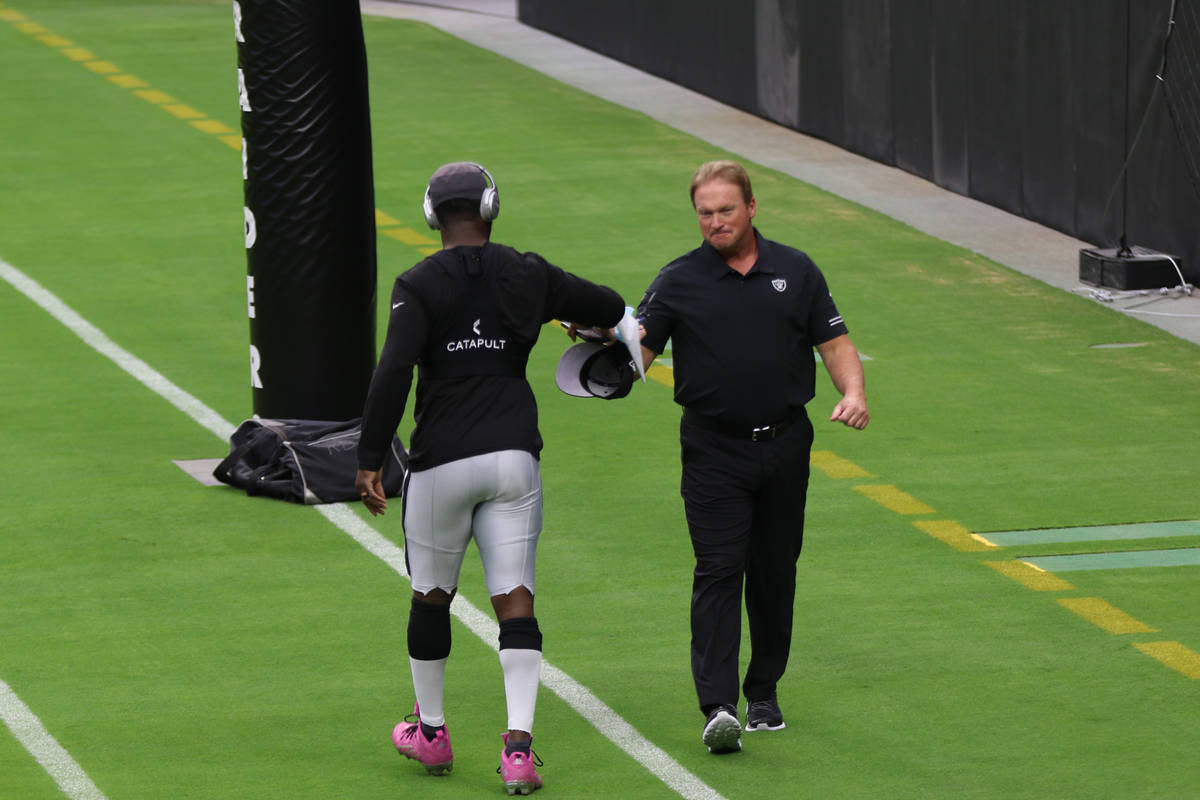 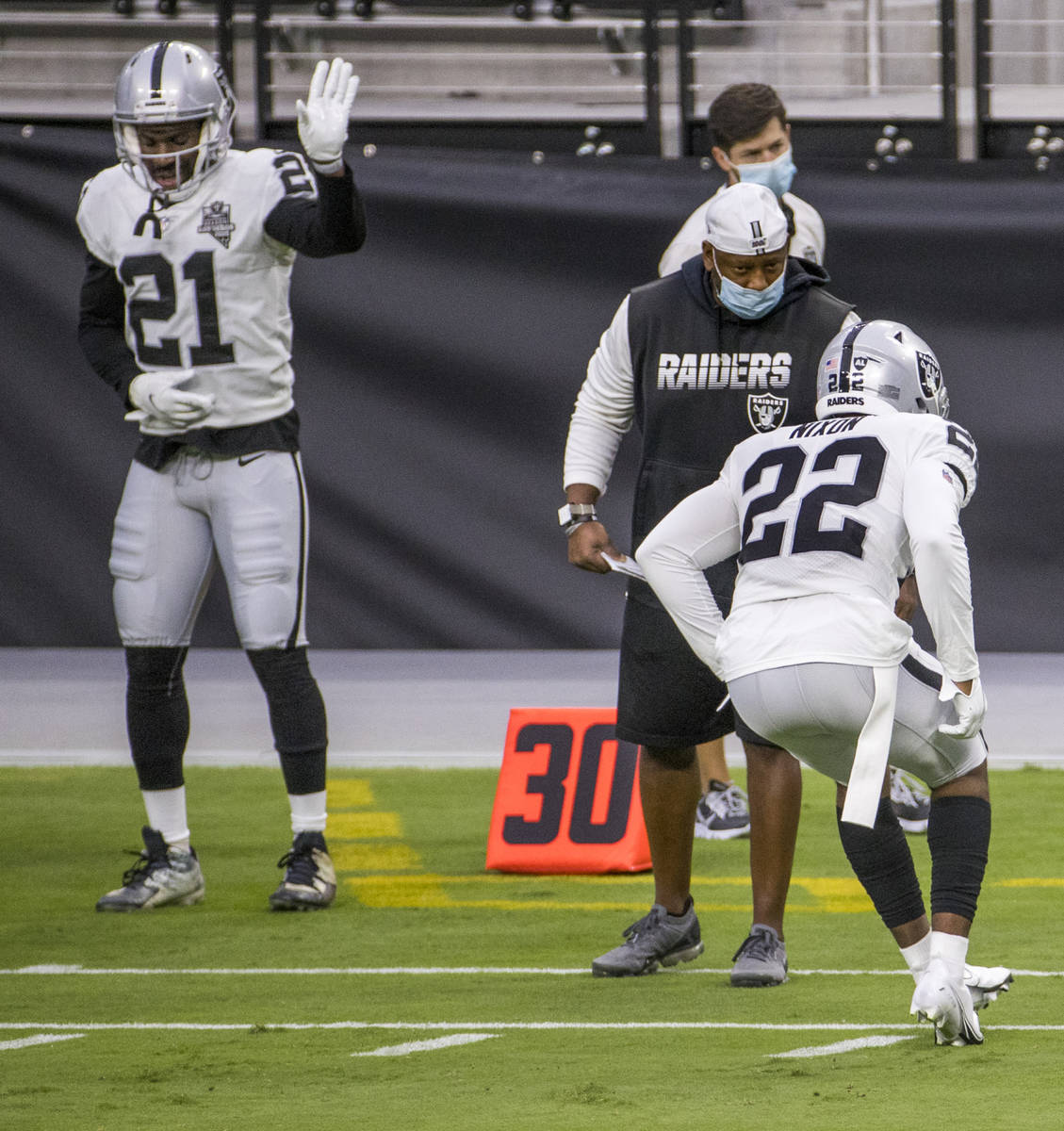 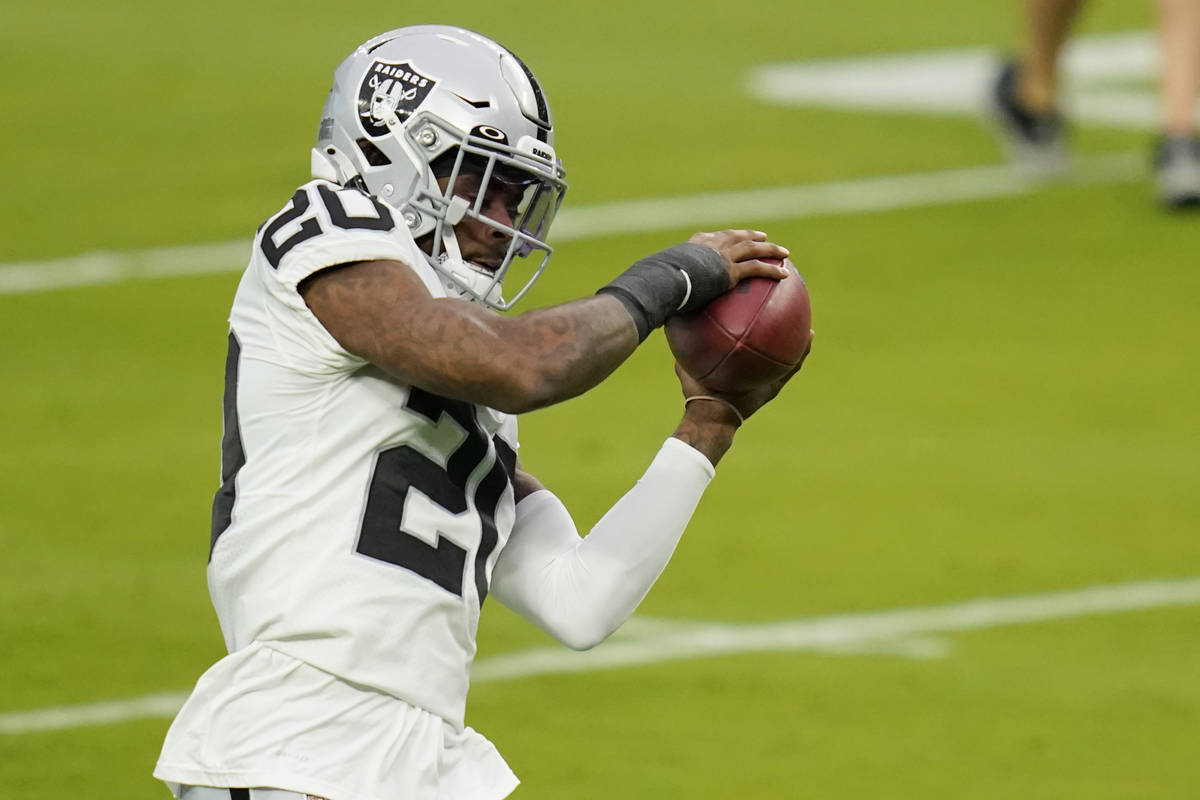 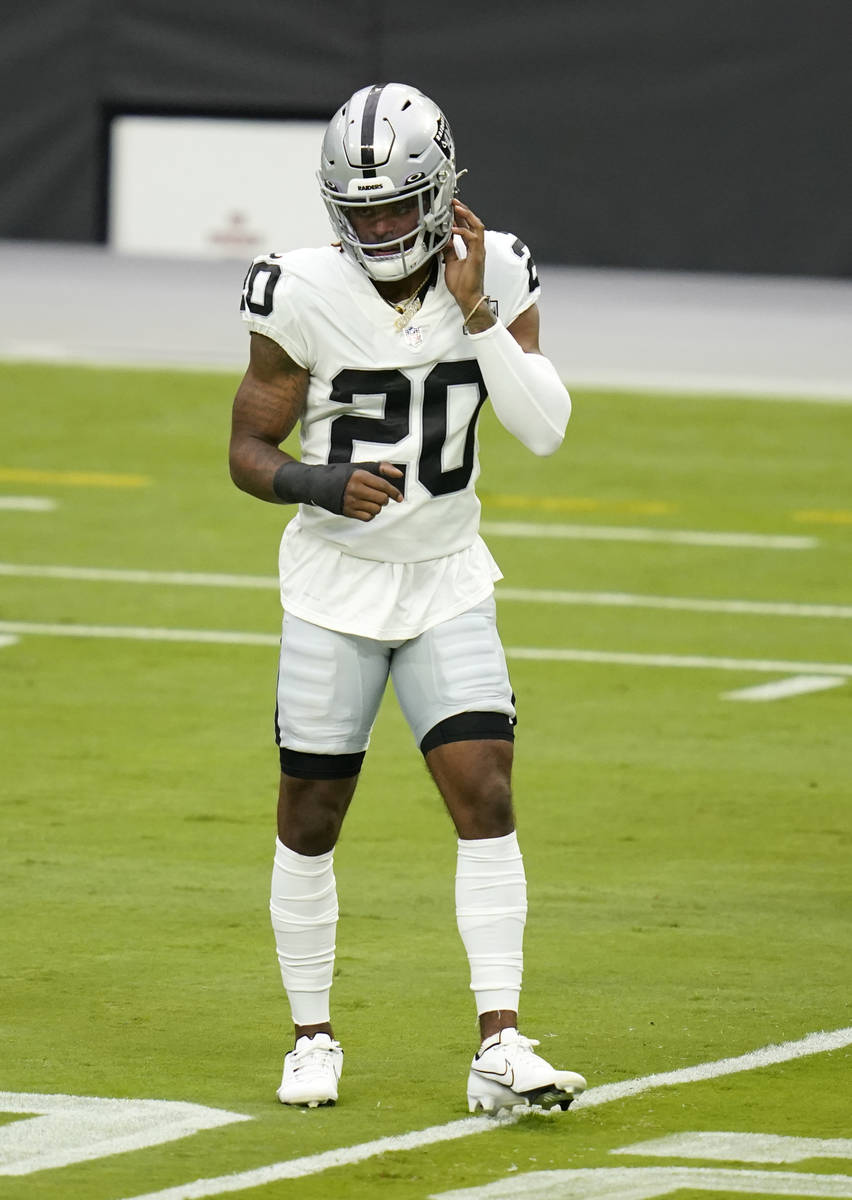 The consensus on NFL draft night in April was the Raiders reached for Damon Arnette with the 19th pick in the first round.

Six months later, Arnette isn’t just one of the bright spots of the Raiders’ training camp, it looks as if the Ohio State product has won a starting cornerback job.

Arnette’s starting job appears guaranteed after the Raiders released veteran cornerback Prince Amukamara on Monday. Amukamara was added in free agency in May, in part to provide insurance in case Arnette wasn’t ready to assume a major role.

But from the outset of camp, Arnette took the majority of first-team reps at one cornerback spot. It’s a role he’s steadily held onto while flashing consistent signs that he is ready to start in his first season.

Among the handful of moments Arnette has flashed was his interception while running stride for stride with rookie speedster Henry Ruggs.

“That’s why we drafted him,” said Raiders defensive coordinator Paul Guenther when asked about the interception, which blew up on social media. “He’s not scared, he’s real patient at the line of scrimmage. He trusts his speed and his technique. And that’s really what we expect of him each and every day.”

The move to cut Amukama is also a sign the Raiders are comfortable with where second-year cornerback Trayvon Mullen is physically. Mullen returned to practice Monday after missing more than a week of workouts because of an undisclosed injury. Mullen appeared healthy during the open period of practice.

The pairing of Mullen and Arnette gives the Raiders one of the NFL’s youngest cornerback tandems but also one of the most promising. It’s a duo the club hopes to build around as a feisty, physical pair of defenders able to provide solid pass coverage but also be assets in run defense.

The opportunity to groom two young corners is also appealing.

“It’s really how you want to do it, is bring young guys in without having bad habits, teaching your system, teach your techniques, your schemes and all those things,” Guenther said. “And it’s exciting to have two young corners that can do that.”

The Raiders also appear to be comfortable with the depth options behind Arnette and Mullen, even with Nevin Lawson suspended for the opener for using his helmet as a weapon in last season’s finale against the Denver Broncos.

Second-year corner Isaiah Johnson, who missed most of last season after fracturing his face during the preseason, has looked good in camp and could push for the No. 3 job. With Lawson out for the opener and not counting against the roster, the Raiders could keep Keisean Nixon. They also have slot corner Amik Robertson, who can play outside, too.

The roster is at 80 players, with the release of Amukamara making room for newly acquired linebacker Raekwon McMillan, who was at practice Monday.