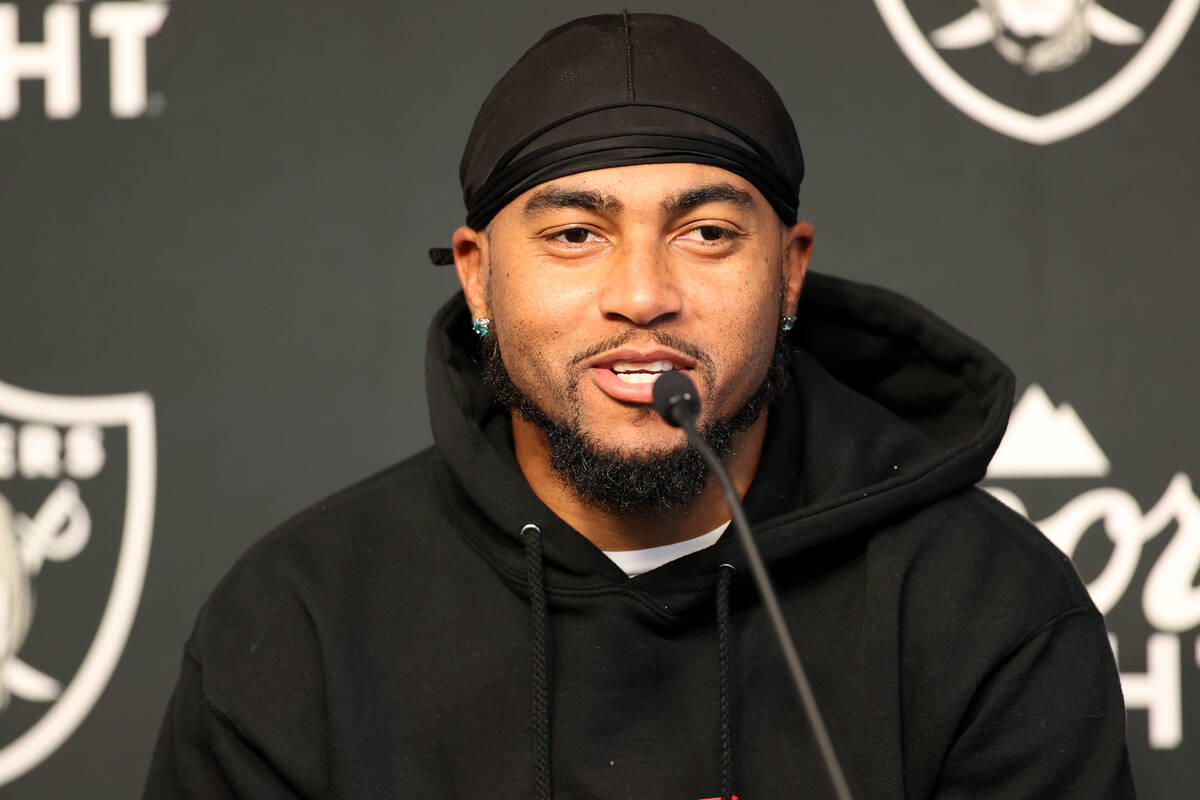 Raiders wide receiver DeSean Jackson wasn’t about to let his 35th birthday come and go without having a little bit of fun. Although even he admits, the older he gets, the more tempered the celebrations.

Hence, the fun but low-key dinner party his friends threw for him at Tau on Tuesday night. Among the guests were his University of California teammate and longtime friend Marshawn Lynch, the former NFL and Raiders running back.

It was more relaxing than anything else, Jackson said. A chance for family and friends to eat some good food and catch up.

Besides, given the playoff goals for the Raiders as they prepare for the last six games of the season — and Jackson’s growing role in the offense — he is definitely operating in more of a chill mode these days when he steps off the football field.

“I’m 35 now, so the partying days, I’m not going to say are over, but as far as right now it’s not a big priority,” Jackson said.

That might seem a bit ironic for a Southern California kid who has spent his share of time taking in all the fun that the Las Vegas strip has to offer. In fact, it kind of dawned on Jackson as he described his birthday evening just how different things are now that he’s a little bit older and actually living in Las Vegas rather than just visiting.

“Obviously being a California guy I always came to Vegas to party,” said Jackson. “But I’m not here to party right now.”

The different mindset has given him a chance to look at Las Vegas much differently. From that new vantage point, he’s gained a different appreciation for everything Southern Nevada has to offer beyond the bright lights.

“I never really got a chance to really see the outside of Vegas,” Jackson said. “Every time I came to Vegas, it was always the strip. To be able to see the outskirts, and see the cities of Summerlin and Henderson, it’s definitely a nice city. It’s ongoing building and nice houses out here.”

So much so that Jackson can already see himself staying in Las Vegas beyond just the rest of this season.

As he showed in a breakout performance on Thanksgiving Day against the Dallas Cowboys with three catches for 102 yards and a touchdown, his legs still have plenty of juice. As long as that remains the case, Jackson seems open to extending his 14-year NFL career.

By the sound of it, he is open to finishing things up in Las Vegas with the 6-5 Raiders. Jackson signed a one-year deal last month, but he certainly appears interested in extending the relationship a little longer.

“I’ve been with four or five teams now in my career, and just where I’m at in my career in my 14th year, I definitely hope this is my last spot,” Jackson said. “I don’t want to continuously go from team to team and continuously learn a new system. So I think here is a good spot, a good place.”

First things first, though, and that is helping the Raiders build off their win over the Cowboys. The victory snapped a three-game losing streak and pushed the Raiders back into the playoff hunt. More importantly, it marked a breakthrough for Jackson after spending the first two weeks getting acclimated to a new system.

Jackson appeared in 41 snaps on Thursday, nearly double the snaps he played in his first two games. That might explain the calf issue he’s dealt with this week. It kept him out of practice on Wednesday.

Jackson said he’s hopeful it won’t keep him out of Sunday’s game against the Washington Football Team at Allegiant Stadium.