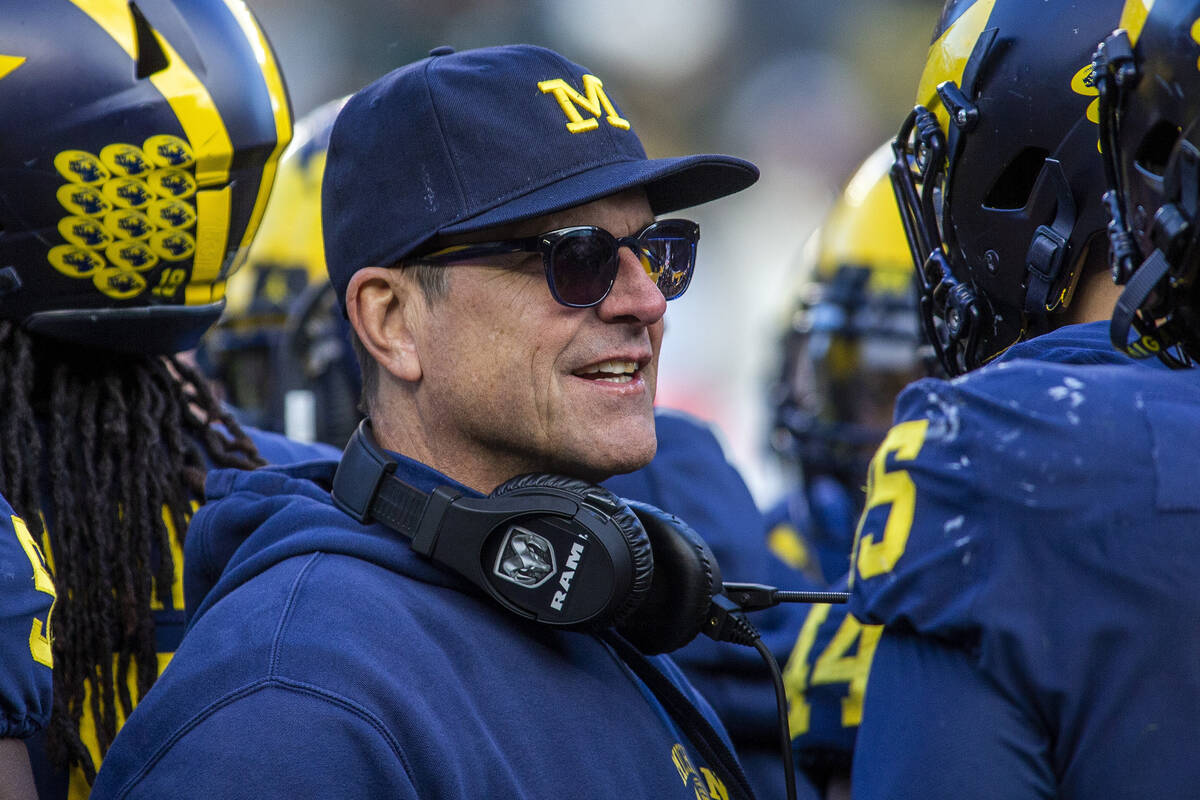 Michigan head coach Jim Harbaugh huddles with his players on the field during a time out in the fourth quarter of an NCAA college football game against Michigan State in Ann Arbor, Mich., Saturday, Nov. 16, 2019. Michigan won 44-10. (AP Photo/Tony Ding) 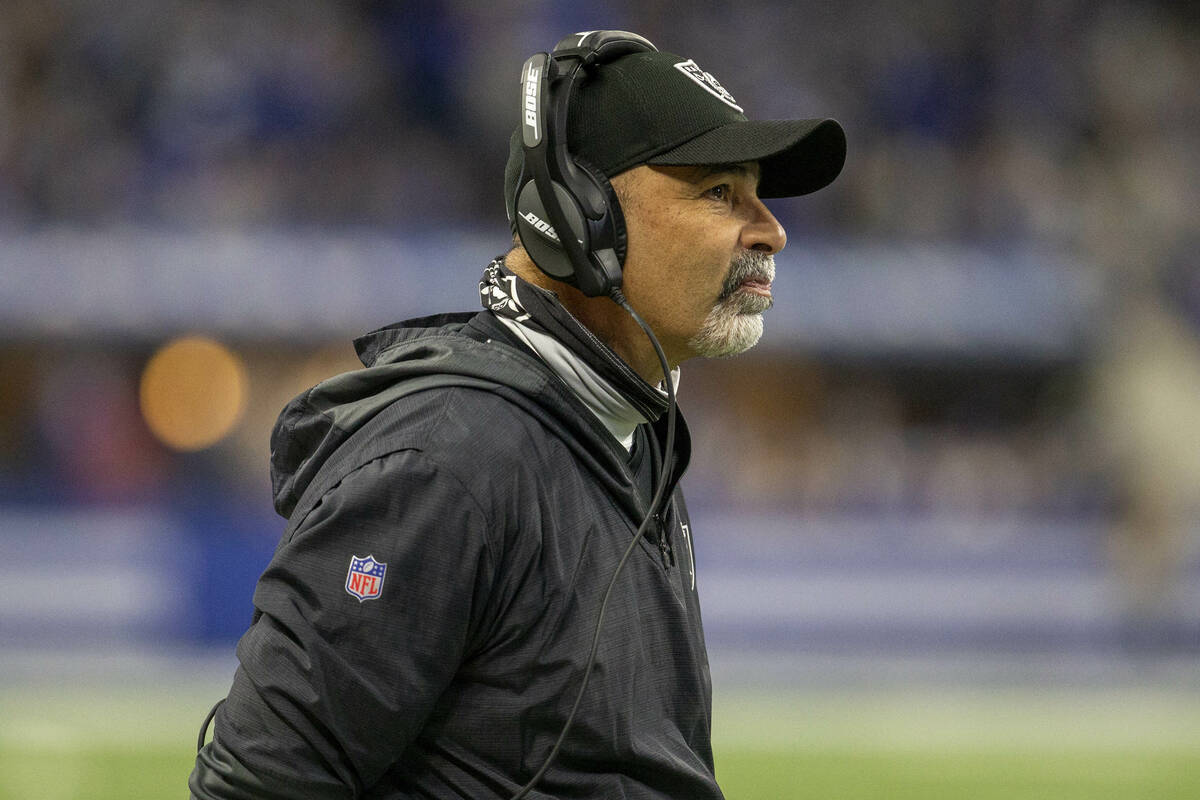 Raiders interim head coach Rich Bisaccia watches the game clock tick down before calling a time out during the second half of an NFL football game against the Indianapolis Colts on Sunday, Jan. 2, 2022, at Lucas Oil Stadium in Indianapolis. (Heidi Fang/Las Vegas Review-Journal) @HeidiFang 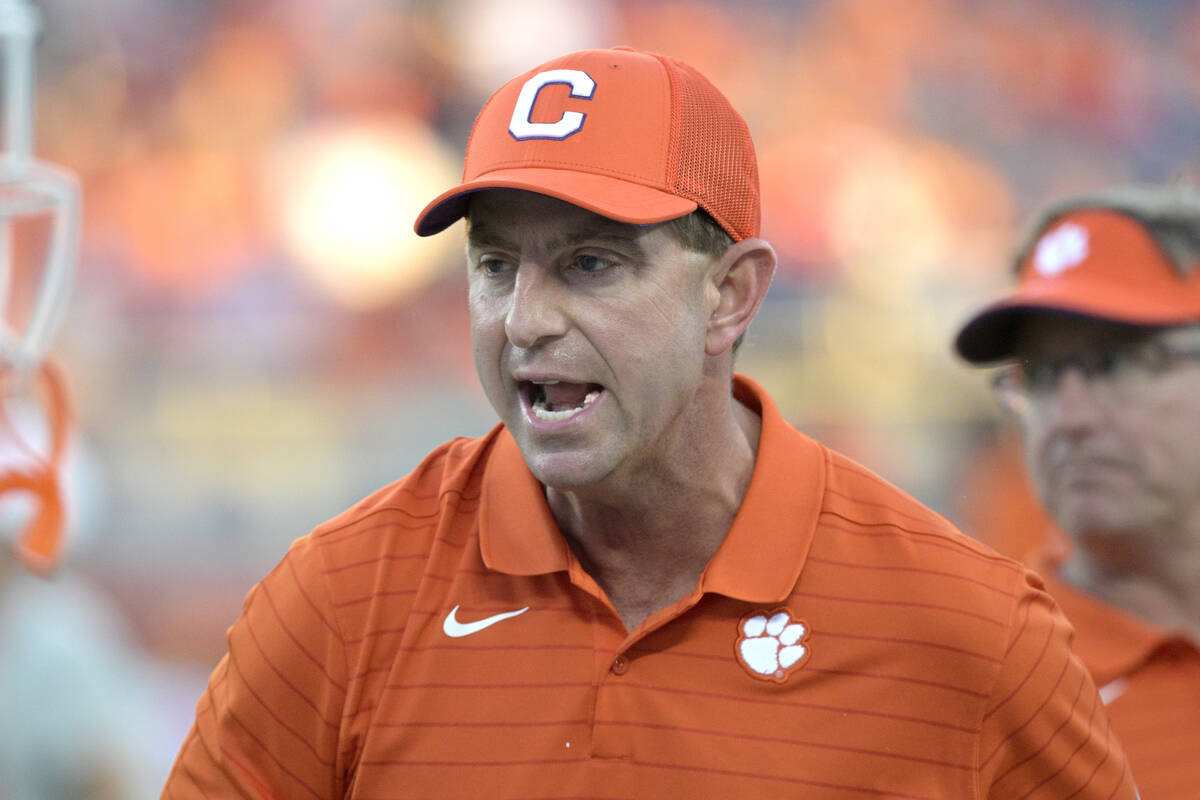 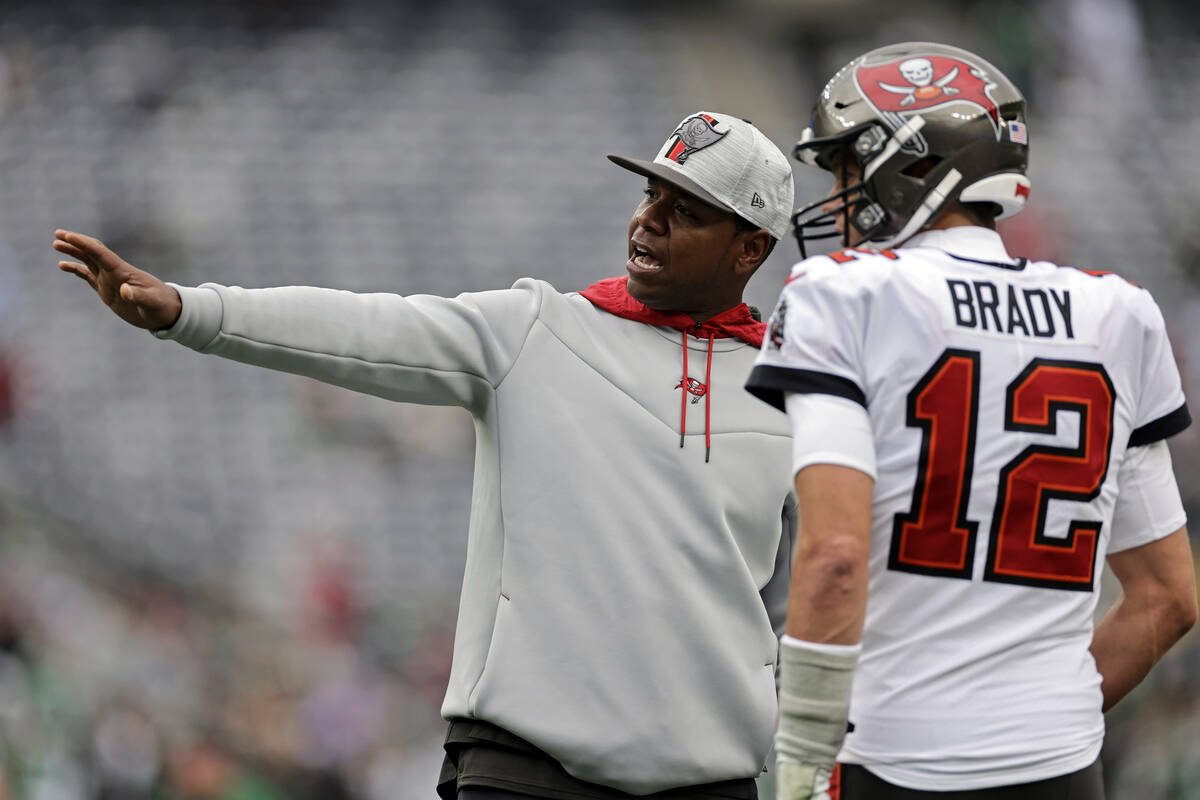 The Raiders’ three-game winning streak hasn’t just pushed them to the cusp of their first playoff appearance since 2016. It’s also made them one of the most attractive destinations for prospective head coaching candidates.

So expect some big names to be bandied about over the next few weeks — including Michigan’s Jim Harbaugh, Clemson’s Dabo Swinney, Stanford’s David Shaw and a handful of hotshot young NFL assistants like Tampa Bay offensive coordinator Byron Leftwich, among others.

The Raiders have not yet declared a permanent replacement for Jon Gruden, who was forced to resign last October when a series of disparaging emails he wrote from 2010 to 2017 were made public. Rich Bisaccia took over for Gruden on an interim basis. The admirable job he’s done guiding the Raiders to within a win of the playoffs will certainly put him under consideration for the full-time job.

His chances grow stronger the further the Raiders advance. But for the time being, the Raiders will remain focused on the rest of this season, including a potential playoff run, before turning their attention to their long-range future.

That said, the young foundation the Raiders have built, coupled with the resiliency they have shown in fighting through various obstacles this season, their new training facility and stadium, and an experienced, viable quarterback in Derek Carr make them a desirable destination for a head coach.

And with owner Mark Davis showing zero hesitancy to make bold hires and pay the market price to make it happen — see the move to get Gruden and the recent hire of Becky Hammon to coach his Las Vegas Aces WNBA team — an argument can be made that Davis will take a swing for the fences in bringing in the next head coach of the Raiders.

Here are the early leading contenders:

■ The long-time special teams coach has done a great job righting the Raiders’ ship since taking over under less-than-ideal circumstances. His steady leadership has played a big role in the Raiders bouncing back from a three-game losing streak.

■ The Michigan coach has a wildly successful track record in the NFL, leading the 49ers to three appearances in the NFC Championship Game and one Super Bowl in four years. He also satisfies the Raiders connection Davis might be seeking, having served as the club’s quarterbacks coach in 2002 and 2003.

■ The Stanford coach and the Raiders have been linked seemingly forever. There have been overtures made over the years, but he’s been content to remain in his current post. But that might be changing, as he has struggled to keep the Cardinal among the nation’s elite programs. He spent nine seasons in the NFL as an assistant coach, including a four-year run with the Raiders.

■ The Clemson coach, who made a recent splash when he showed up at Allegiant Stadium to watch a Raiders game, certainly is the sort of big name the Raiders might covet. But his lack of NFL coaching experience could be a red flag for a team that could be on the cusp of becoming a perennial playoff team.

■ The Tampa Bay offensive coordinator is on the cusp of being an NFL head coach, and there are sound arguments for him being the Raiders’ next coach. The work Leftwich has done with the Buccaneers leaves him more than qualified to take the next step in his progression and lead his own team.