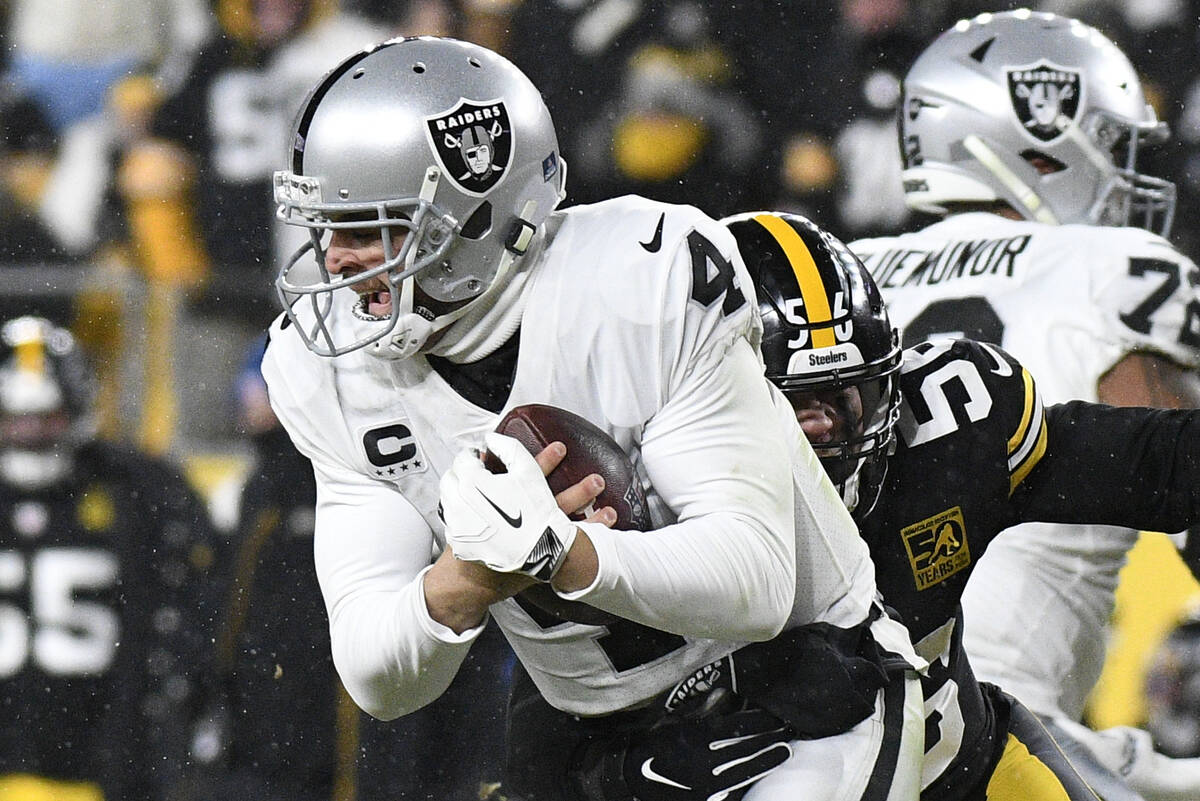 Should Raiders quarterback Derek Carr be benched, or is coach Josh McDaniels to blame for Carr’s performance?

Raiders fans and NFL commentators spoke out on Wednesday to discuss McDaniels’ decision to bench Carr for the final two games of the regular season.

Emmanuel Acho, who co-hosts the radio show “The Herd” on Fox Sports Radio, said McDaniels was to blame for Carr’s poor performance and noted that before the coach joined the team Carr had a 68 percent completion percentage and appeared in three Pro Bowl games.

“If the job of the coach is to make the player better, then don’t cause the player to be worse and then blame the player for getting worse, and then bench the player,” Acho said. “It’s asinine. … What Derek Carr has done for the Raiders is more important than what Josh McDaniels can do.”

Acho argued that it should be McDaniels who is benched, not Carr.

"Somebody should bench Josh McDaniels." pic.twitter.com/75dYfWNpPK

Barstool Sports commentator Reags said Carr has always been an “average at best” quarterback, and said the contract the team gave Carr was ridiculous.

Carr did not prove himself enough this season to prevent himself from being benched, Reags said.

NFL executive Michael Lombardi said on the Pat McAfee Show that Carr’s contract with the Raiders was contingent upon him playing well, and his statistics have been disappointing this season.

“I would say the most disappointing thing if you’re Derek Carr is your competition percentage is down to the lowest it’s been since your rookie year,” Lombardi said.

Still, others on Twitter insisted McDaniels was to blame for Carr’s performance, with one tweeter saying Raiders owner Mark Davis should step in and stop McDaniels.

@Raiders McDaniels is the worst thing to happen to this team!!! He is tearing them apart! He NEEDS to be fired!!! @derekcarrqb
Is a Great QB! Bench the players that don't want to work as a team! #Firemcdaniels#DerekCarrIsATrueRaider#GetRidOfMcdaniels#firecoachmcdaniels

Watching the @Raiders bench @derekcarrqb my first thought is can Davis bench our head coach too??

Steve Wyche, chief national reporter for NFL Network, said the decision was “a goodbye to Derek Carr,” and that “Josh McDaniels has the blessing of Mark Davis to fix what is going on with (the Raiders).”

Additionally, he believes this step precedes the team’s search for a new starting quarterback to replace Carr, he said.

I had to keep it real on the Raiders and Derek Carr, who has been benched for the final two games pic.twitter.com/5WEMJbfn3E

Ian Rapoport, a national insider for NFL Network, said Carr’s situation may turn out like San Francisco 49ers quarterback Jimmy Garoppolo, who returned as a starter back in September to replace injured Trey Lance.

“If the Raiders are going to move on from Derek Carr, which, considering what has happened, is obviously in the realm of possibility, they’re going to have to have a better option, so who is their better option?” Rapoport said.