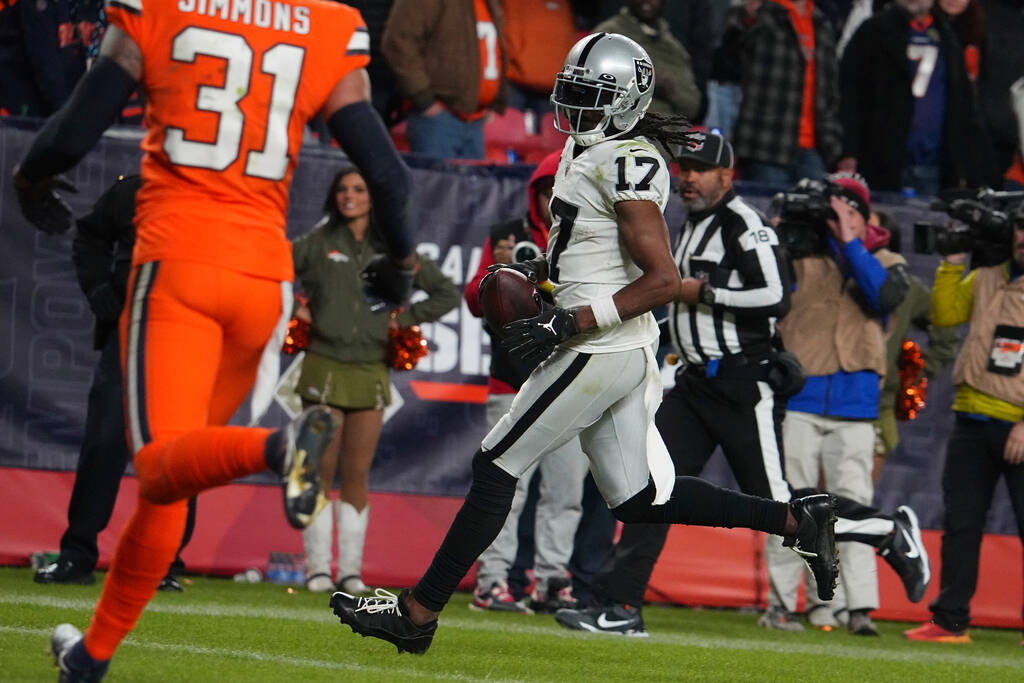 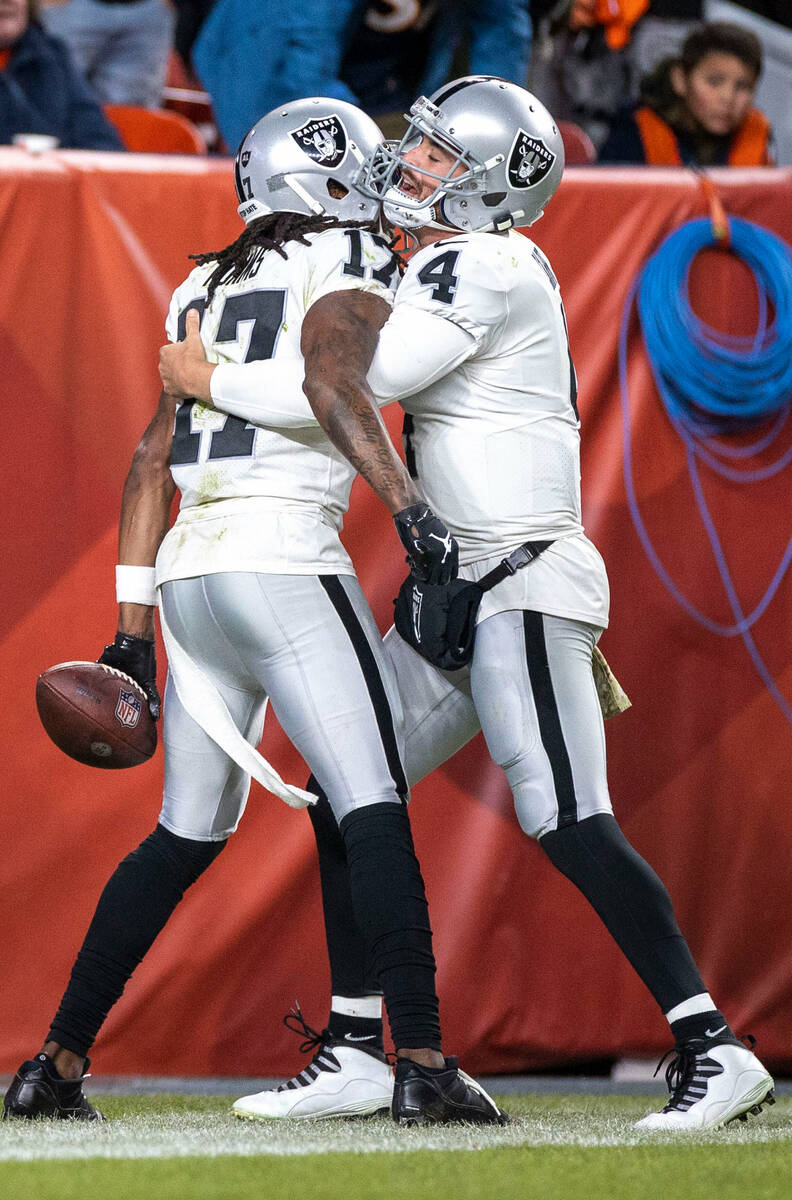 It probably makes sense that the game-winning touchdown pass Derek Carr and Davante Adams hooked up on to beat the Broncos last Sunday ranks at the top of their touchdown completion list.

It was the most recent, after all. It was an overtime walk-off. And it did notch an important win for the Raiders.

But keep in mind, this is a tandem that, going back to their two years together at Fresno State and their first 10 NFL games together, has teamed up on 48 touchdowns.

That works out to nearly two touchdowns per game for every game they have played together. But as Carr said, Sunday’s against the Broncos was pretty special.

“I mean, it’s got be up there, probably number one, because we did it in the NFL,” Carr said. “I think he has 10 touchdowns now in the NFL with me this year, and that’s something that we haven’t done since college. So, there’s nine years of a gap there. So, definitely, that one felt good because it was a win.”

Adams certainly enjoyed the moment — as he did an earlier touchdown in the game — with a noticeable celebration. Although he said the emotions he displayed were a bit subdued compared to what he is capable of doing to reflect a big moment.

“That was probably about a four out of 10,” Adams said. “But sometimes you have a little bit more emotion, especially based on how the season has been going. To make a big play in a big situation or in the middle of the game at any point is something that, like I talked about, it’s contagious.”

As you can imagine, when a pair of college and now NFL teammates hook up on so many touchdown throws, there are bound to be some that are more memorable than others.

The two that stood out most for Carr were the touchdown throw that enabled Adams to break the Fresno State career touchdown record — which was jointly held by Henry Ellard — and, well, the very first one they connected on as college teammates.

“A slant,” is how Carr described it.

The pair combined for 3,030 yards and 38 touchdowns in just 26 games together at Fresno State. The work they did — and how they remained best friends after each went their separate ways during the first eight years of their NFL careers — made for an easy assumption that they would merely pick up right where they left off once Adams was traded to Las Vegas to join Carr with the Raiders.

Both players warned it wasn’t going to be as easy as all that, although that is a hard argument to make in retrospect given how they have combined on 64 completions for 925 yards. It puts Adams on pace for a career-high 1,527 yards and on target to tie or surpass his career high of 18 touchdowns.

The key? The mental connection between Carr and Adams, including each player’s understanding of their positions, has been growing going all the way back to their college days.

“I mean that’s like 90 percent of what makes me, me, versus all the rest of the stuff they talk about,” Adams said. “It’s a lot of the studying and the anticipation in knowing what’s coming or having an idea what’s coming and then formulating a plan, and then if that plan is not the best, then adjust it from there and find the best way to do it based off how they are playing me.”

Carr said Adams is the kind of receiver “where you really don’t have to say anything. He knows the coverage. He knows where I’m trying to put the football, and we’re starting to get on the same page with some of that stuff … and it’s showing up in games for us.”

It’s made for some memorable touchdown connections. With more likely on their way.