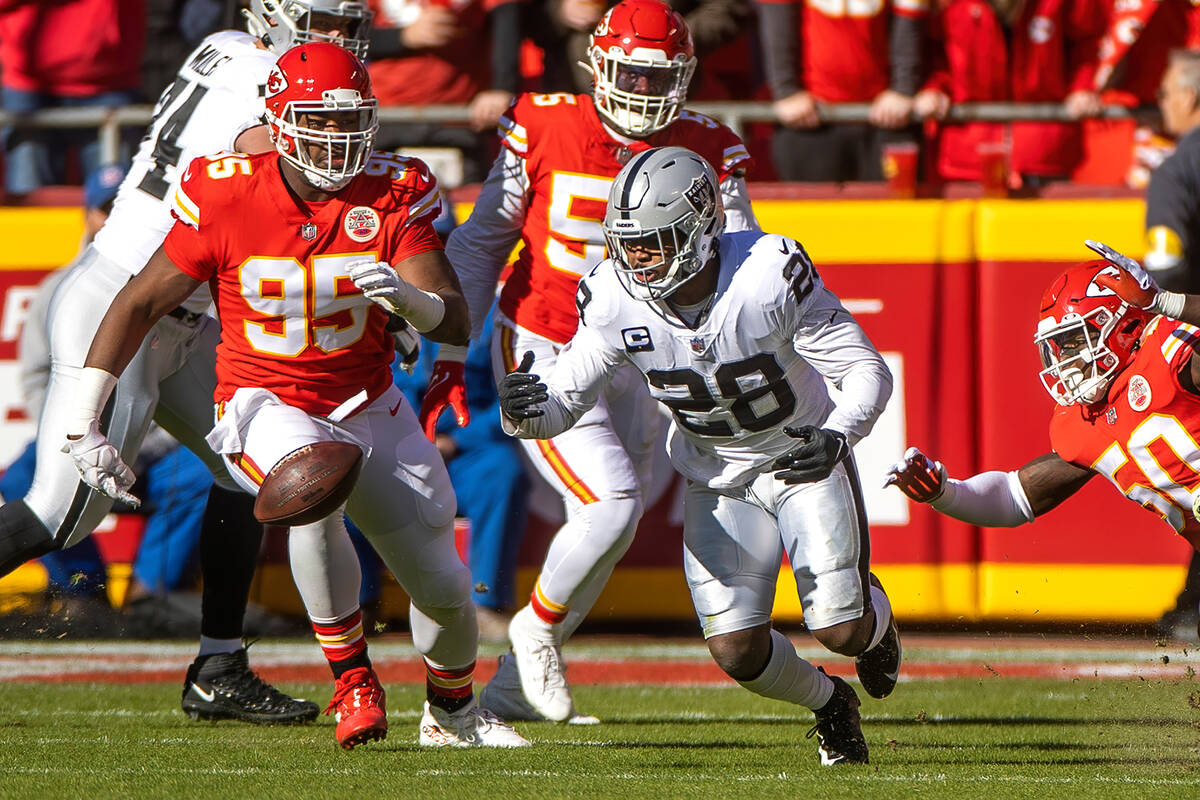 Raiders running back Josh Jacobs (28) loses the ball as Kansas City Chiefs defensive end Chris Jones (95) and teammates close in during the first half of an NFL game in Arrowhead Stadium on Sunday, Dec.12, 2021, in Kansas City, MO. (L.E. Baskow/Las Vegas Review-Journal) @Left_Eye_Images 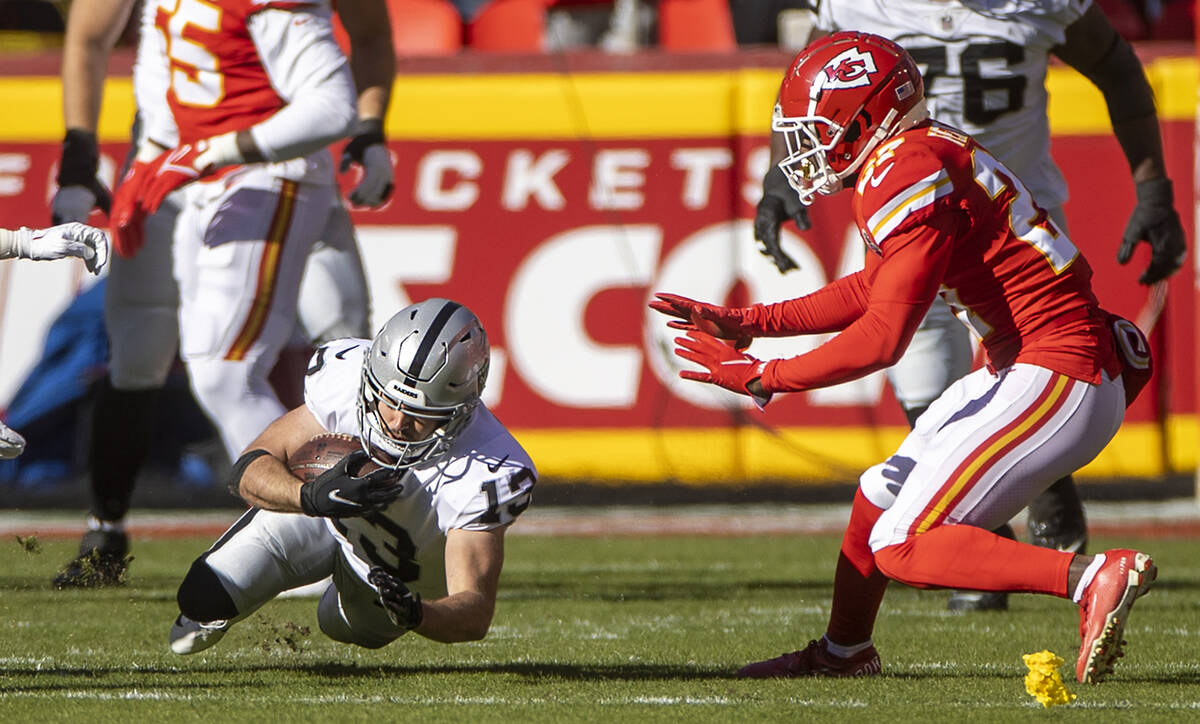 — Lowdown: The teams will open the season after playing in a wild overtime thriller in the final game of the 2021 regular season. The Raiders have won three straight season openers and will look to win a fourth straight for the first time since 1987 to 1990. Jokes about the Raiders starting with a home game already have started to pop up on social media.

— Lowdown: The home opener for the Raiders will be a reunion for edge rusher Chandler Jones, signed as a free agent this offseason, against his former team. It also will be the first time Cardinals quarterback Kyler Murray has played the Raiders. The game falling early in the season means Cardinals star receiver DeAndre Hopkins will miss it because of an NFL suspension.

— Lowdown: The first long road trip will be a game with potential playoff ramifications in the AFC, as the Raiders will play another team with postseason hopes. Titans star running back Derrick Henry will provide an early test for the Raiders’ run defense.

— Lowdown: The Raiders will get their first look at quarterback Russell Wilson in a Broncos jersey.

— Lowdown: The Raiders go into the bye week after a “Monday Night Football” game against a divisional rival, wrapping up an opening stretch that includes three road games against playoff contenders in the first five weeks.

— Lowdown: It’s the easiest game of the season for the Raiders, at least according to the odds.

— Lowdown: Raiders fans in New Orleans for Halloween weekend? Is the real show going to be on the field or off it?

— Lowdown: This will mark back-to-back trips to the region, making it likely the Raiders will find a place to practice for the week instead of returning to Las Vegas after the Saints game.

— Lowdown: The Raiders pulled off an upset in Indianapolis that changed the playoff fate of both teams and might have altered the course of the Colts’ franchise. Now they get a shot at revenge with Matt Ryan at quarterback instead of Carson Wentz.

— Lowdown: The Raiders have won two straight games in Denver and the past four overall in the storied rivalry.

— Lowdown: The Raiders will have to play Russell Wilson twice each season for the foreseeable future now that he’s in Denver, but they at least get to avoid the former Seahawks star on this trip.

— Lowdown: The Chargers’ last visit to Allegiant Stadium featured the bizarre possibility that the Raiders could play for a tie to clinch a playoff berth for both teams. Instead, the Raiders beat the overtime buzzer with a field goal to go to the postseason and send the Chargers home.

— Lowdown: The defending Super Bowl champions host the Raiders in what should be billed as a battle of the city’s past football allegiances against the current-day darlings.

— Lowdown: This date most likely was scheduled to commemorate the 50th anniversary of the “Immaculate Reception,” which is Dec. 23.

— Lowdown: The Raiders have left the Bay Area, but the rivalry will be renewed in Las Vegas on New Year’s Day. Yes, a major public event the day after New Year’s Eve on the Strip.

— Lowdown: The date has yet to be determined, as the schedule will be finalized based on potential playoff implications. Raiders fans hope that’s the case for this matchup. 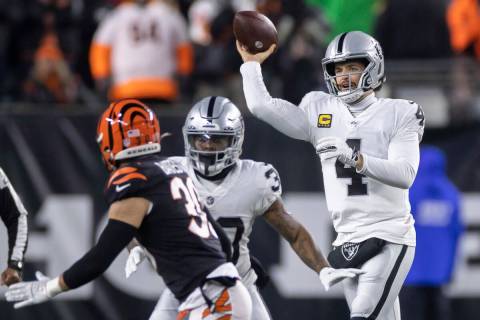