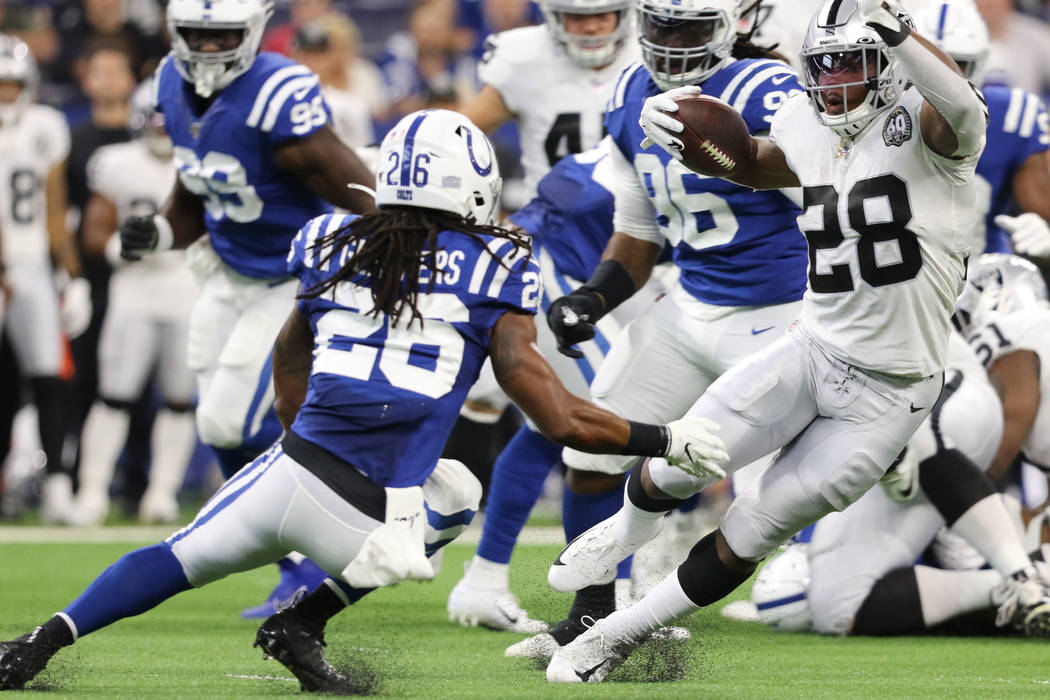 How the Raiders performed in a 31-24 win over the Colts:

The ground game was very good. Josh Jacobs ground out tough yards and newcomer Trevor Davis broke off two electrifying runs, including a 60-yard touchdown. Derek Carr still didn’t push the ball downfield much, though he didn’t have to on a day his offense was able to maintain and finish drives. Perhaps the most impressive part of the offense was its ability to get first downs to preserve the lead. A 16-play, 82-yard drive that resulted in a field goal set the tone to start the second half, though the Raiders weren’t able to find the end zone to cap it off.

The numbers were there for the Colts. They scored 24 points and threw for 265 yards. Much of that came late in the contest, however, as they were chasing points. Maxx Crosby forced a fumble to take three points away from Indianapolis in the first half, and Erik Harris helped seal the deal when he intercepted Jacoby Brissett and returned it for a score late in the fourth quarter with the Raiders leading by just a touchdown. While the defensive line was stout against the run, they allowed Brissett entirely too much time in the pocket.

A.J. Cole averaged more than 50 yards on his five punts, though the coverage had a tough time getting there, allowing the Colts an average of 11.7 yards on three returns. Daniel Carlson made all four extra points and his only field-goal attempt. Davis couldn’t get much going in the return game.

The Raiders were in a tough spot. They were in the Midwest for the second consecutive week and had a flight to London set for immediately after the game. They didn’t have much to build on after last week’s debacle in Minnesota. Yet Jon Gruden found a way to not only have his team ready, but to come out firing on all cylinders. He also found a way to get Davis involved, despite his just joining the team less than two weeks ago.