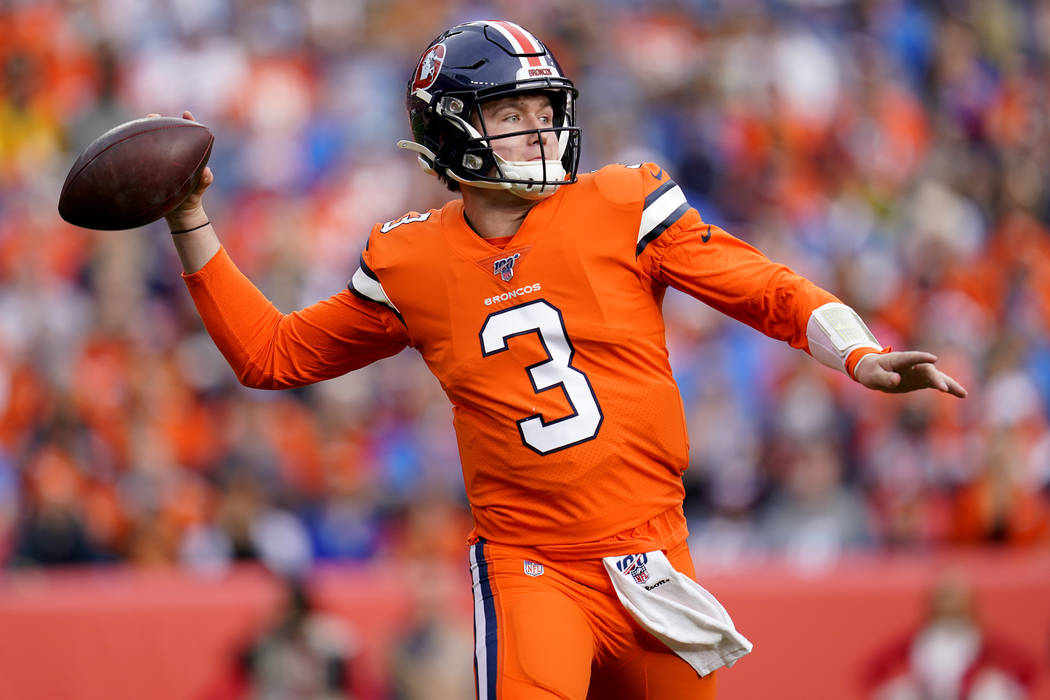 Denver Broncos quarterback Drew Lock (3) throws against the Detroit Lions during the first half of an NFL football game, Sunday, Dec. 22, 2019, in Denver. (AP Photo/Jack Dempsey)

ALAMEDA, Calif. — While the Broncos offense looked wholly ineffective in the Week 1 matchup with the Raiders, the unit has found a clear spark since Drew Lock took over at quarterback.

The rookie out of Missouri has led the club to a 3-1 record since taking over, with victories over the Chargers, Texans and Lions. The team’s only loss with Lock came in snowy conditions in Kansas City.

The Raiders coaching staff had Lock on its Senior Bowl squad last January, and has been impressed with what the QB has put on film so far.

“We’re real familiar with the skillset,” defensive coordinator Paul Guenther said. “He’s a poised guy, makes a lot of really good throws and they’ve been winning some games with him in there. So he’s a good player. He’s going to be a handful for us to handle this week.”

Safety Erik Harris agreed that Lock has been a clear spark for the division-rival.

“I think he has a good understanding of their scheme, what they’re trying to do on offense, where to go with the ball — stuff like that. He’s confident,” Harris said. “ I think he does a good job of reading his progressions.”

Through four games, Lock has completed 65 percent of his passes for 843 yards with six touchdowns and three interceptions — good for a 89.4 passer rating. His game last week was his first without a pick.