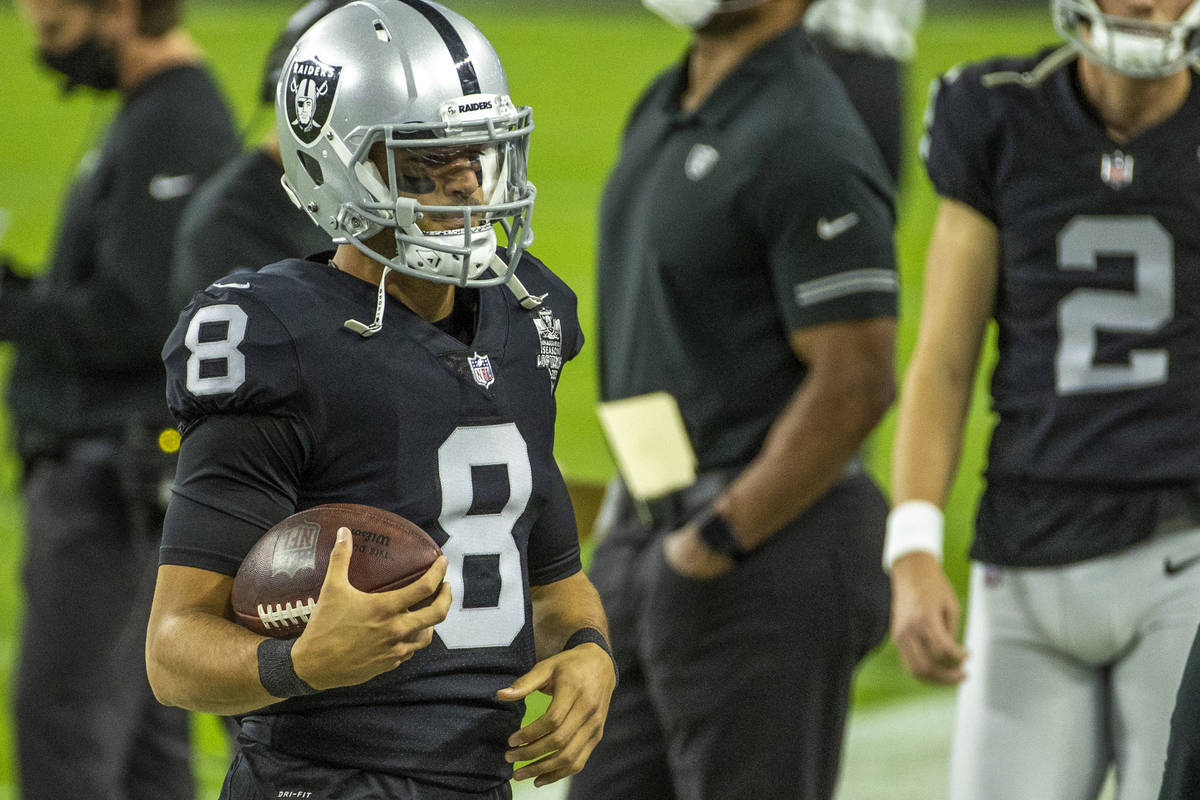 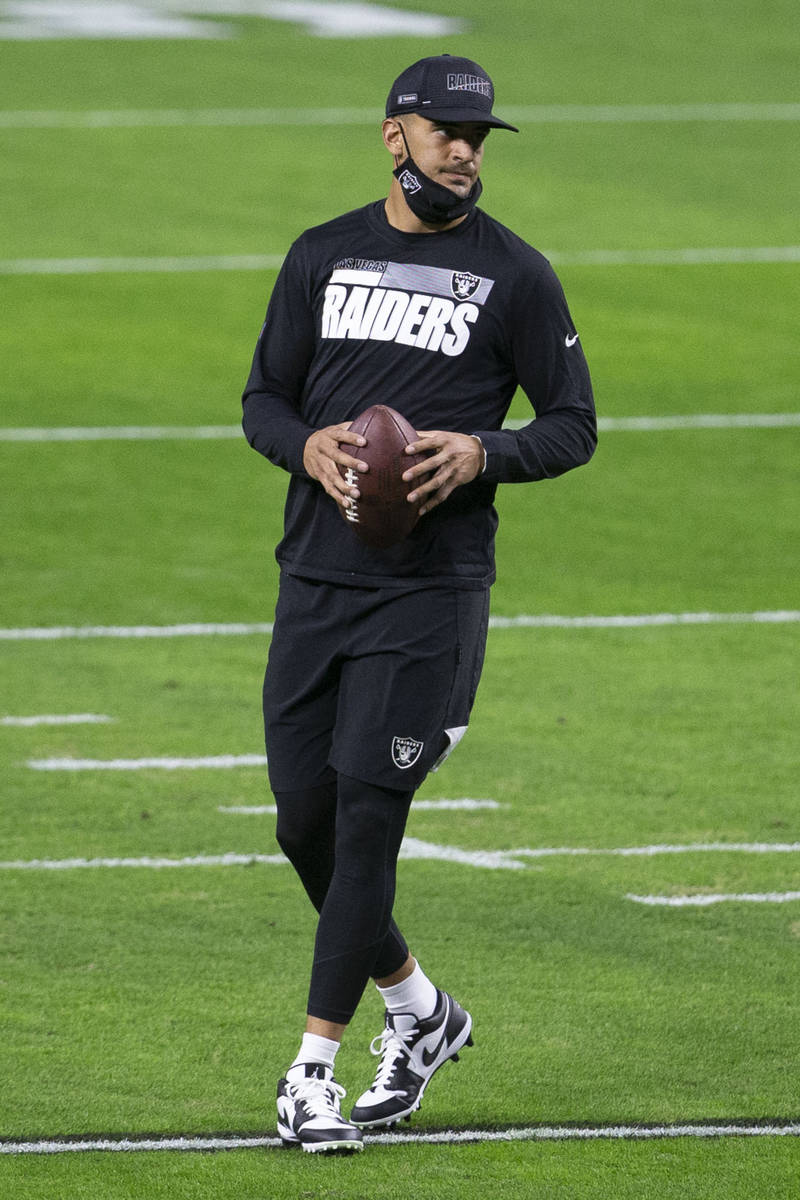 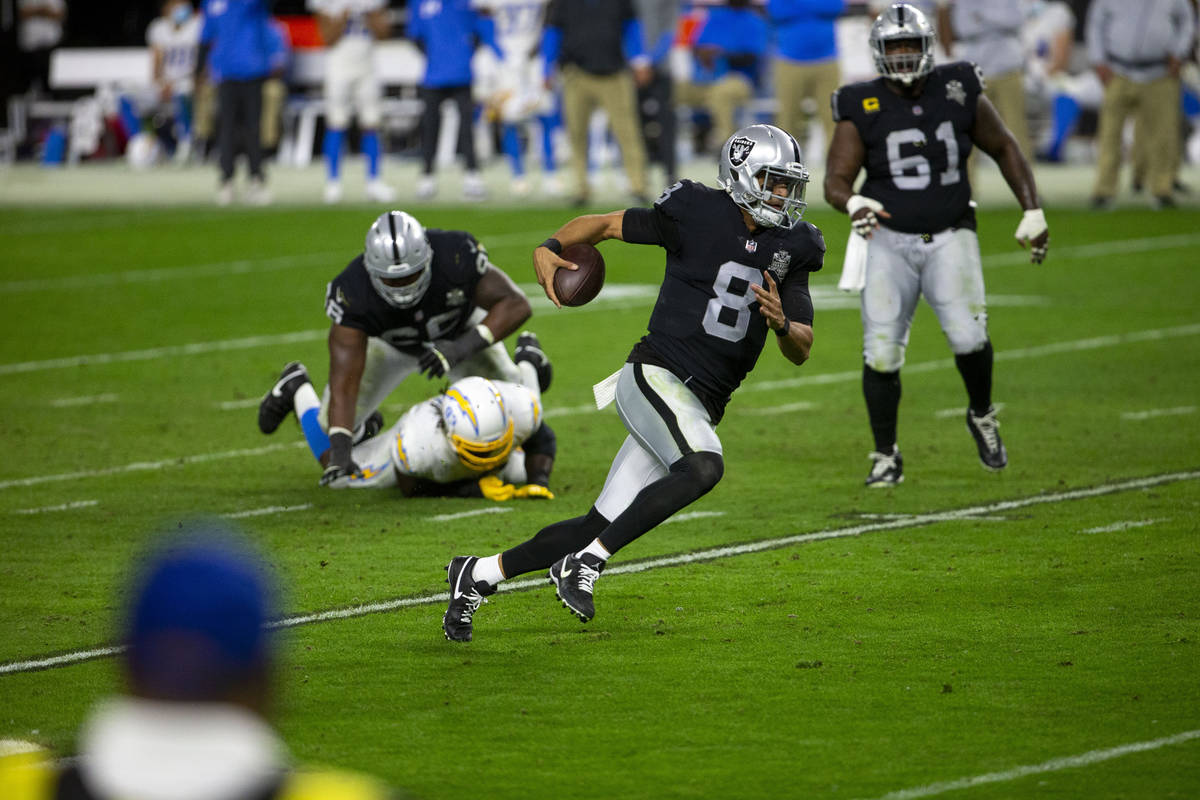 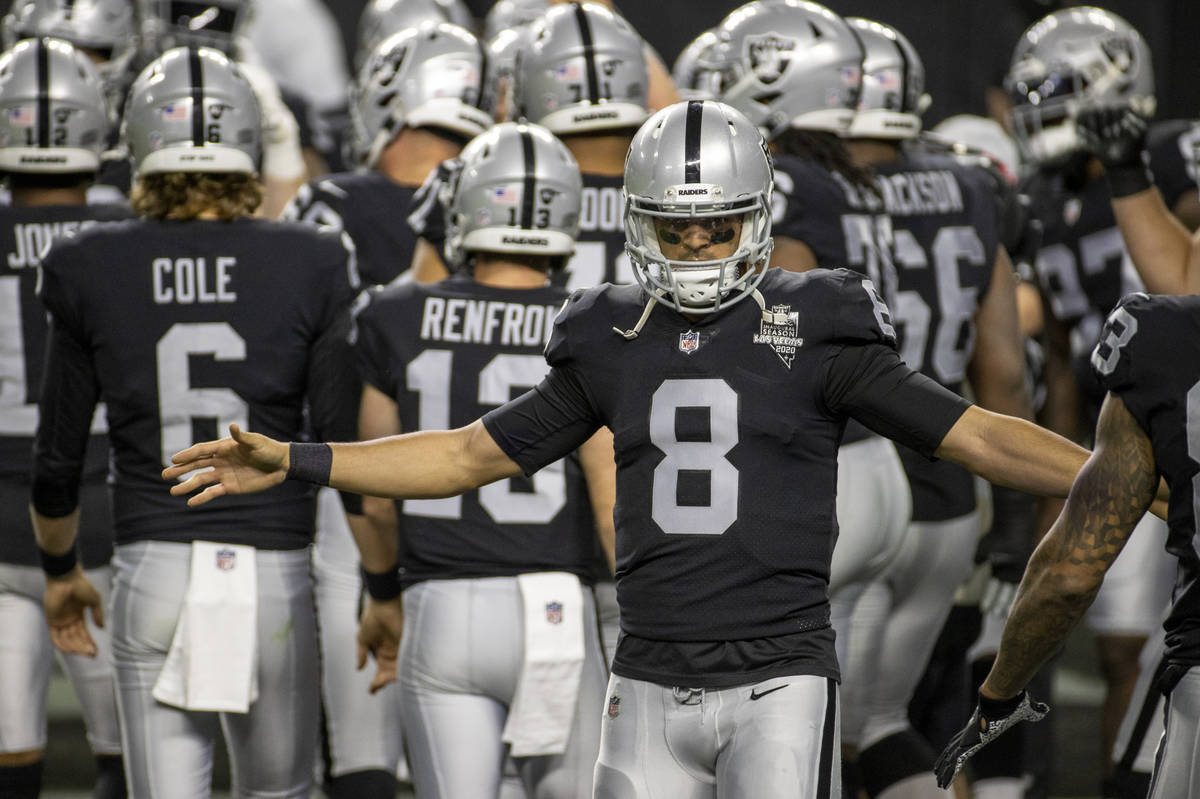 The draft is done, free agency is pretty much a closed deal, and the Raiders facility in Henderson is bustling with activity as players get their offseason work in.

And as the NFL transitions from the offseason to full-fledged preparation for the season, Raiders fans have questions about wins, quarterbacks and salary cap casualties.

Here is a sampling of what is on the mind of Raiders fans:

Rick McFly (@r4_broadcast): Based on the draft and free-agent movements, how do you see the Raiders’ performance this year, compared to last year?

Vincent Bonsignore: It was imperative the Raiders fix a defense that gave up the third-most points in the NFL last year. A repeat performance on that side of the ball will not only be disastrous, you would have to believe it would mean the club taking a long look at leadership.

There are valid reasons for optimism after the Raiders hired Gus Bradley to replace Paul Guenther as the defensive coordinator, added pass-rusher Yannick Ngakoue and a slew of interior defensive linemen and drafted free safety Trevon Moehrig. The combination of those new additions, coupled with the expectation of young players like Johnathan Abram, Damon Arnette and 2020 free-agent addition Cory Littleton taking big steps forward, means there’s reason to hope.

It’s hard to believe this defense will perform any worse than it did last year. Some level of improvement should happen. If the offense plays close to the level it did last year, that should mean at least one or two more wins.

martin jones (@Manwell1021): What’s up with Marcus Mariota after this year? Can’t think of any teams in the league that will require him as a starter next season, barring huge injuries. Will he stick around to back up Derek Carr?

VB: History has shown us that things change quickly in the NFL and that opportunities can present themselves in the blink of an eye. What if, because of injury, Mariota gets a chance to play over a prolonged period and plays really well? That would increase the likelihood that a team might view him as a potential starter.

Also, by accepting a pay cut from the Raiders, he attracts even more trade interest, as he wouldn’t be a salary-cap burden. If a starter goes down elsewhere, or a team isn’t satisfied with their quarterback options, Mariota could be appealing.

Mariota does have a no-trade clause so he has some control. But you expect if a legitimate starting opportunity arose somewhere, he would jump at the chance. And perhaps enhance his chances for a better payday in 2022.

If none of those scenarios play out, you would think Mariota will be eager to test free agency next March in search of a opportunity to start. For those reasons, it would probably be a surprise if he returned to Las Vegas in 2022.

Johan Van Wier (@JohanWier): Do you think the Raiders are done in free agency?

VB: Safe to say the heavy lifting part of free agency is wrapped up and the Raiders are looking at bargain options to either improve depth or, in one or two select cases, push for a starting job.

The signing of veteran cornerback Casey Hayward puts some cover on the open slot cornerback position — either he plays it or maybe Arnette slides inside — but if a more attractive candidate is available and comes at the right price, they may add another player to push for that role.

JH Flag of United States (@_JohnnyRotten_): Who are the cut candidates? Guys with no money guarantees and depth their position?

VB: As we saw this week with the release of veteran free safety Jeff Heath, a numbers game does exist and if the salary doesn’t line up with the expected playing time, especially in cases where the guaranteed portion of the contract has been paid out, there is vulnerability as teams go about managing their rosters.

Others to keep an eye on: OT Brandon Parker, DE Carl Nassib (a trade candidate) and RB Jalen Richard.