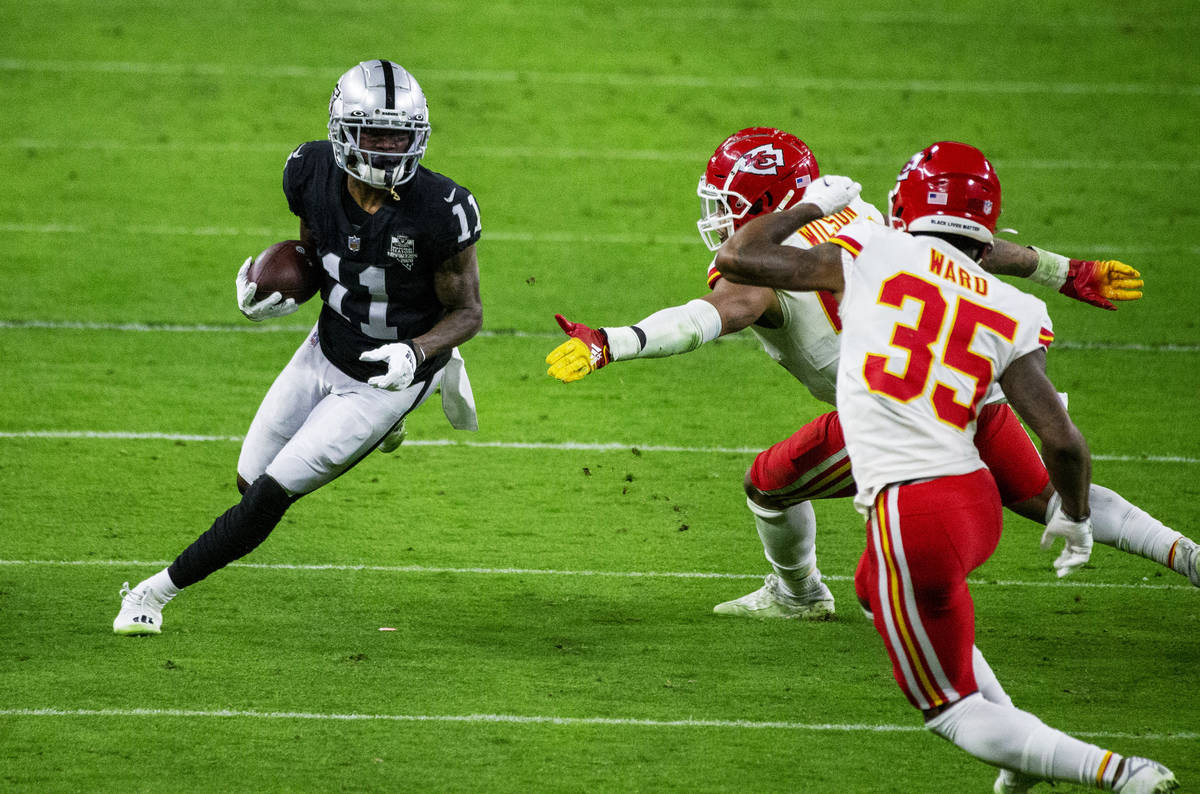 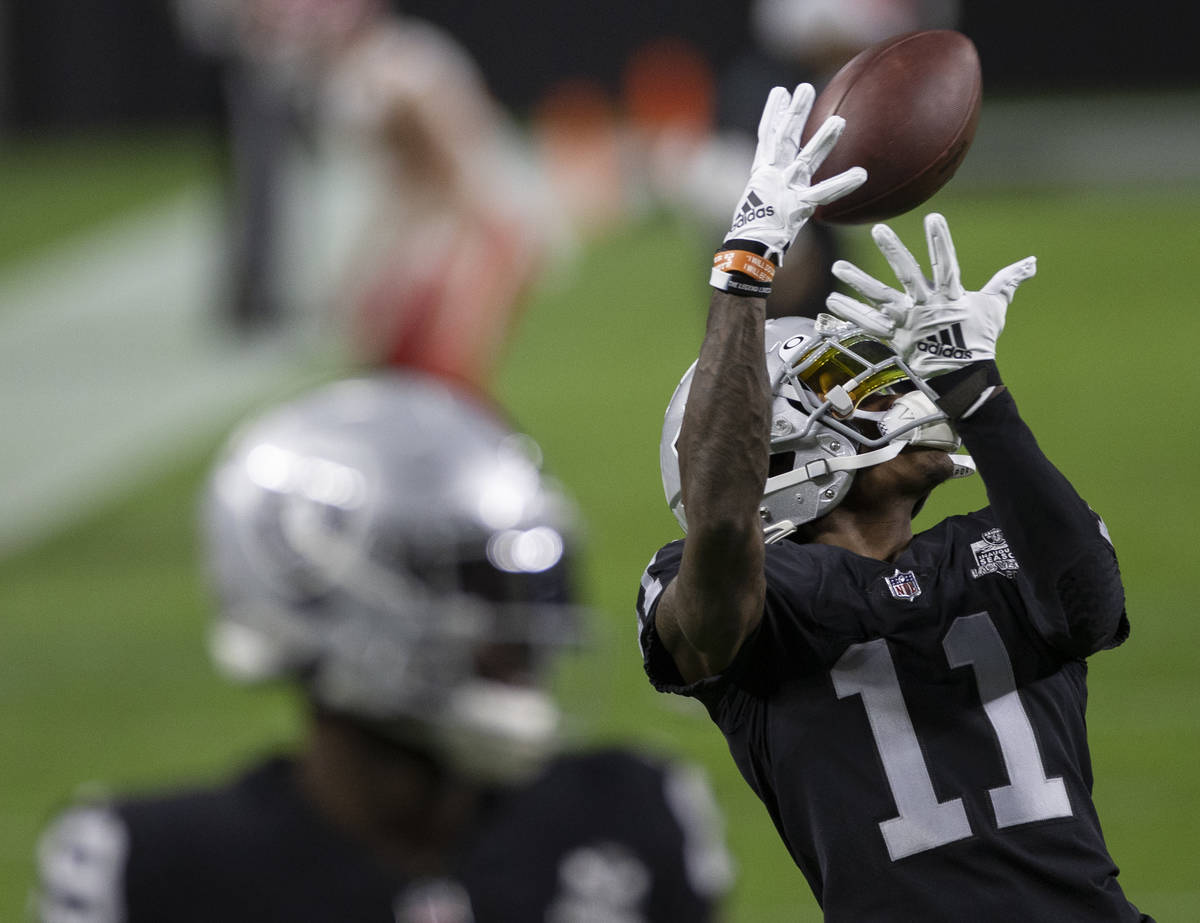 He didn’t get much action in the team’s 35-31 loss at Allegiant Stadium.

The Chiefs kicked off into the end zone six times and booted the other one out of bounds, leaving the electrifying rookie without an opportunity for a return.

He didn’t see much action on offense, either.

Ruggs had one target, and it came deep into the fourth quarter on the Raiders’ final touchdown drive. He served as an outlet receiver and picked up 5 yards down the right sideline.

The former Alabama star also had one carry on the drive, gaining 12 yards for a first down.

Waller caught all seven of his targets for 88 yards and a touchdown, affirming his standing as one of the NFL’s best tight ends.

“Knowing that there’s a guy of that caliber at my position over there, it naturally raises your level of play,” said Waller, who became the fourth Raiders tight end since 2000 to catch five TDs in a season. “You want to go out there and represent the position because it’s a position that’s loaded with talent throughout the league.”

Kelce is a five-time Pro Bowl selection and two-time All-Pro first-team pick. He showed why, catching eight passes for 127 yards and the winning score with 28 seconds left.

Raiders coach Jon Gruden was unsuccessful in his only challenge.

Gruden threw the red flag after Chiefs receiver Demarcus Robinson lost control of the ball as he went to the ground along the sideline on a third-and-1 play on Kansas City’s first drive of the third quarter.

The officials upheld the call on the field, awarding Robinson a completion and first down. Kansas City scored on the drive to take its first lead.

Gruden has lost three straight challenges after winning his first of the season. Before Sunday, his last challenge was in a win at Cleveland when he unsuccessfully appealed a ruling that Ruggs’ foot had come down out of bounds in the end zone.

TV replays appeared to show there was green between Ruggs’ foot and the white sideline, but the officials disagreed after a review.

Gruden was 1 of 9 on challenges last season.

Undrafted rookie Javin White, a former UNLV standout, was active for the second time for the Raiders, both for home games.

White, like in the game against the Saints, was used primarily on special teams.

The Raiders’ Jason Witten played in his 265th game, the second most among tight ends in NFL history. Former Chiefs star Tony Gonzalez played in 270 games.

Witten, 38, is playing in a reserve role after 16 seasons as a starter with the Dallas Cowboys. He has two TD catches this season, including a go-ahead, 1-yard score Sunday with 1:43 left.