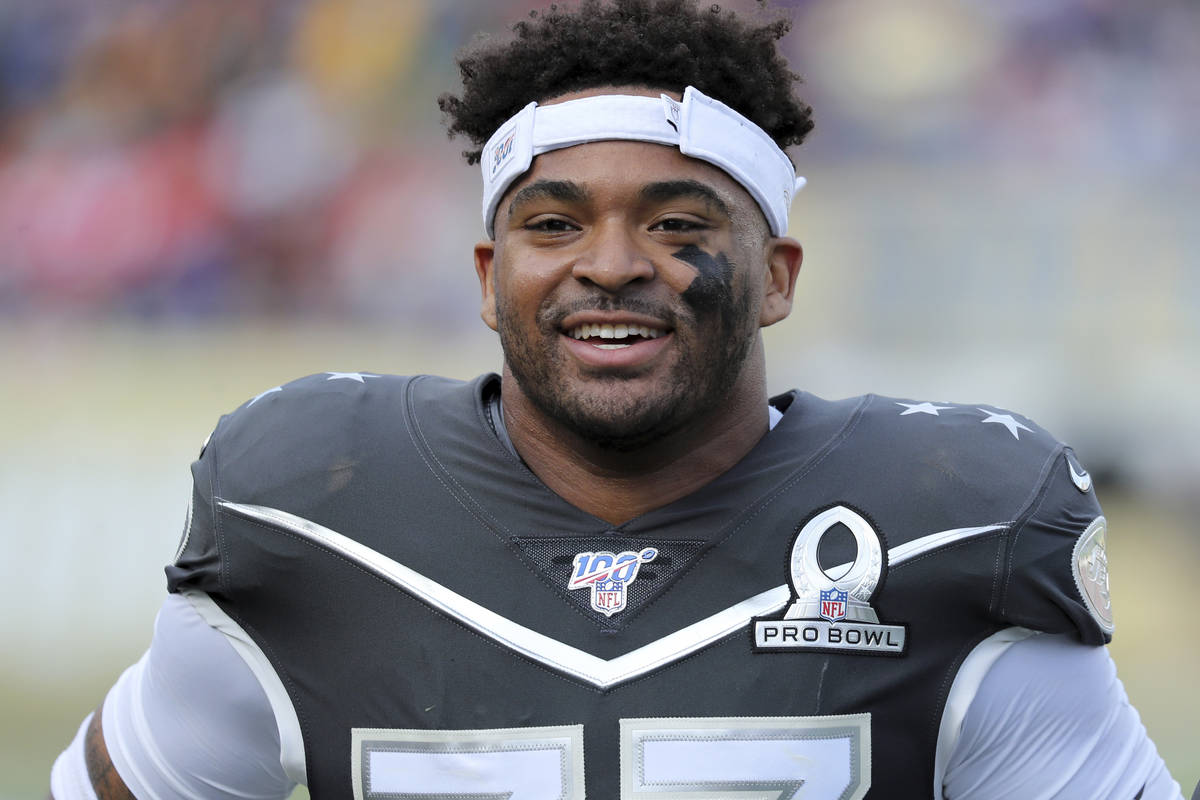 One of the worst-kept secrets in the NFL is now out in the open. Jamal Adams, the All-Pro safety, is not happy with his contract situation and has formally requested a trade from the New York Jets.

If you are Raiders head coach Jon Gruden and general manager Mike Mayock, the next call you make has to be to Jets general manager Joe Douglas to express interest in making a trade for Adams, one of the best safeties in the NFL and, at 25-years-old, a young and still up-and-coming defensive superstar.

By every measure, Adams is a perfect fit on the Raiders’promising young defensive roster. He is that rare breed of player who combines great talent with the ability to be a difference maker. Slotted alongside second-year safety Johnathan Abram, the Raiders would have a formidable tandem on the back end of the secondary that can excel in pass coverage, run defense and, in Adams’ case, as a lethal pass rusher in blitz packages.

From a fit, talent, age and timeline standpoint, adding Adams is a no-brainer. But more on that in a bit.

Keep in mind the Jets don’t seem inclined to grant Adams’ wish. They have repeatedly stated they want him in a Jets uniform for life, and given the contract control they have him under through at least 2024, they hold all the key cards.

But the sports landscape is littered with proclamations from teams declaring their undying love for star players and a steadfast refusal to buckle on their trade demands, only to end up dealing them when an acceptable offer is presented.

So the Raiders should operate under the presumption that the Jets would be willing to move Adams under satisfactory terms. That is one hurdle.

Another is the slight surprise of the Raiders not showing up on the seven-team wish list Adams reportedly gave the Jets. But by no means should that be the red light that stops the Raiders from pursuing a deal.

If the Raiders traded for Adams,and subsequently showed him the money, it sends the obvious signal they believe enough in their brand and themselves to compel Adams to stay. It would be a shock if he didn’t respond accordingly by agreeing to a long-term commitment.

The Raiders are an improving team in a new market that is moving into a new stadium and practice facility. Las Vegas is a growing region and a desirable location to plant long-term roots. And with the cost of living as affordable as it is and no state income tax, there are plenty of attractive components with which to sell Adams.

Yes, the financial price tag would be steep. Adams will rightfully want to reset the safety market, and there are reports he is seeking a deal north of the $20 million per year threshold. But with no current safety even reaching the $15 million per year marker, it seems dubious Adams will push that position market all the way to $20 million.

By no means should that hypothetical number scare away the Raiders. Given how Adams has expressed a willingness to be traded to a new team without a new long-term deal in place, he and the Raiders have time to find common ground on a fair contract agreement.

From the Raiders’ standpoint, the timing could not be more ideal. Whereas two years ago there was little appetite and no practical justification to give Khalil Mack a record-breaking contract, the circumstance now could not be more different.

When the Raiders sized up the Mack situation, they did so while dealing with a roster that had holes and issues across the board. It made little sense to devote so much money to one linebacker when the rest of the roster was so bad. The more prudent decision was to trade him for substantial draft capital and then use some of the money that would have gone to him to improve multiple positions on the roster.

Two years later, it’s the exact opposite. The roster is in an enviable and promising place, both for the present and reasonable future, and adding Adams would mean adding a much-needed and valuable component to a thriving and cost-effective young core.

The tricky part is what it would cost in compensation to pry Adams from the Jets, who hold leverage on both Adams and interested teams due to his contract situation. Adams still has two years left on his rookie contract, but with the franchise tag an option, the Jets have him under control for at least four more seasons.

The control factor is extremely attractive for any team interested in trading for Adams — as is the $3.5 million he is due this season and the $9.86 million next year, both of which represent chump change for a player of his caliber. Knowing that, the Jets will certainly use that to escalate their asking price.

Compared to the mostly shoo-in playoff contenders on Adams’ seven-team wish list, the perception of the Raiders coming off a 7-9 season means their 2021 first-round pick has more value than the other teams. That, coupled with either a third-round pick in 2021 or a second-round pick in 2022 could be enticing to the Jets.

It would be a steep price, both in assets and financial commitment on a long-term deal.

But the work the Raiders have done on their roster the last three years has put them in position to be selectively aggressive in adding a dynamic player.

The time is right to at least kick the tires.