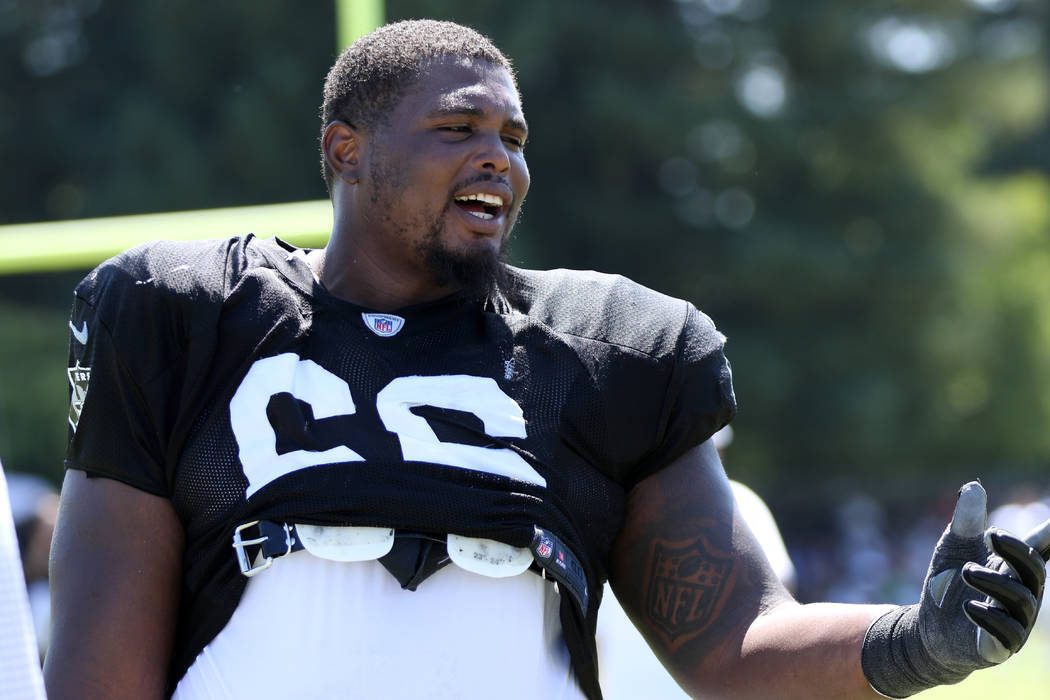 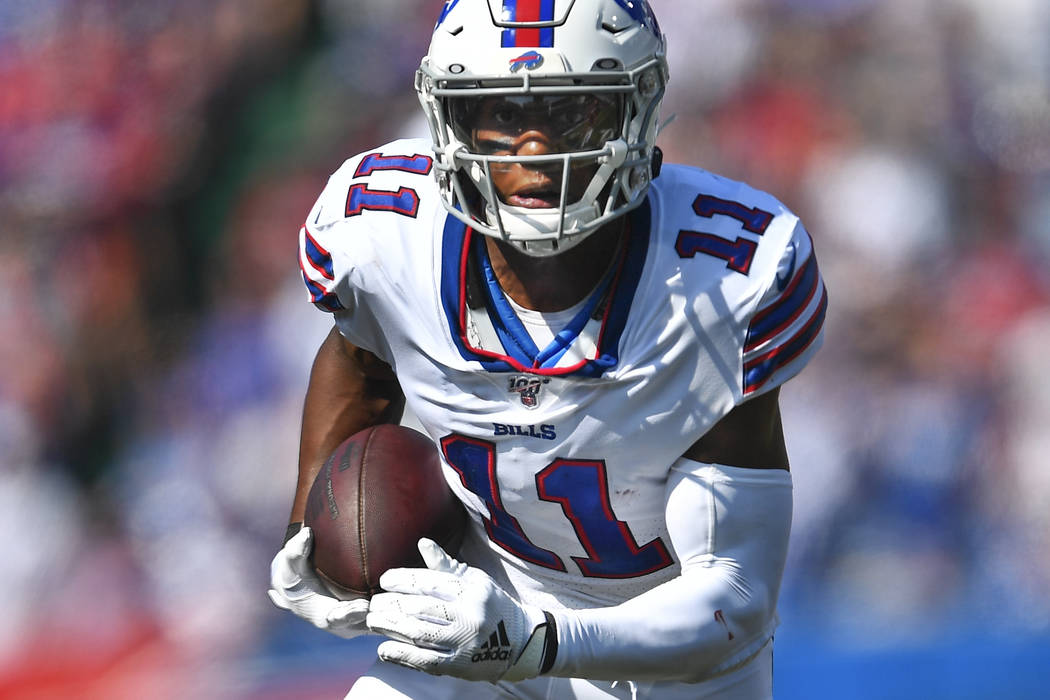 ALAMEDA, Calif. — Two players who should be able to contribute on offense were on the practice field Monday as the 3-2 Raiders returned to practice after their bye week.

Right guard Gabe Jackson practiced for the first time since injuring his knee in a training camp practice with the Rams on Aug. 8. And wide receiver Zay Jones participated in his first session as a Raider since the club acquired him from the Bills last week in exchange for a 2021 fifth-round pick.

Raiders head coach Jon Gruden said last week that he expected Jackson to be available either for the Week 7 matchup against the Packers or the Week 8 game against the Texans. Following Monday’s practice, Jackson said he hoped to play this week but was unsure of his availability with the game still nearly a week away.

Jackson said he’s been in the meeting room throughout the season and is excited to finally get back on the field.

The Raiders have primarily used Denzelle Good at right guard in 2019, though Jordan Devey did start at that spot in Week 3 and Week 4 before suffering a season-ending pectoral injury against the Colts. The team ranks No. 8 in rushing, averaging 134 yards per game.

In his sixth season with the Raiders, Jackson should help both the run game and pass protection. He said he’s looking forward to working next to right tackle Trent Brown. They went through the offseason program and early part of training camp together.

“I don’t like to toot my own horn, but I know for a fact he’s a beast,” Jackson said. “When he first came here, I knew it would be fun and exciting playing with him.”

Jackson is excited to pave the way for rookie running back Josh Jacobs, who has made an early case for Offensive Rookie of the Year with 430 yards rushing and four rushing touchdowns through five games. “He can do it all — he can run, catch, block,” Jackson said. “So he’s an exciting guy to watch and to block for.”

While the Raiders’ ground game has been solid, Jones should provide a needed target for quarterback Derek Carr on the outside. A second-round pick in the 2017 NFL draft, Jones has caught 90 passes for 1,037 yards and nine touchdowns in his three-year career. While his playing time and production dipped in 2019, Jones said Monday he was “shocked” by the trade that sent him to the Bay Area.

Jones didn’t seem to harbor any ill will toward the Bills, saying he wished them well but is now focused on helping the Raiders get better.

As for how he does that, Gruden said last week he was planning on spending time with Jones to get him up to speed on the playbook during the bye week. Jones said on Monday he learn a lot from his new head coach during the bye, calling Gruden “one of the hardest-working men that I’ve seen.”

“That guy loves football,” Jones said. “We hit the playbook pretty hard. .,, The offense is very complex. There’s a lot of stuff that goes into it.”

Jones also said he was unsure if he would play against the Packers on Sunday. But at this point, Jones said he feels he’s in a solid spot — joining a squad that already has a winning record.

“I’m coming into a situation where this is a good football team already — before I was even here,” Jones said. “So just to be a small piece of it. It’s an honor. It’s a blessing.”