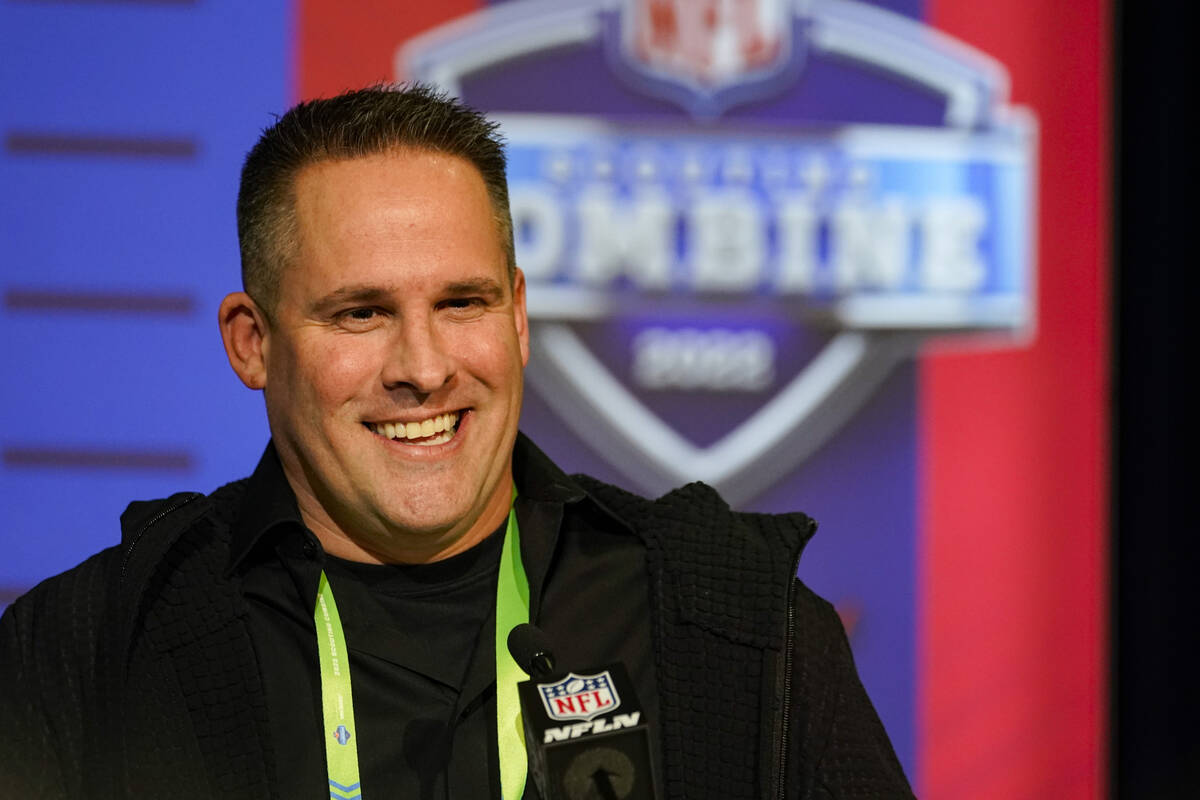 INDIANAPOLIS — As Raiders head coach Josh McDaniels begins the process of getting to know his new team, he is putting a premium on building personal relationships with his players.

That emphasis was striking on Wednesday when McDaniels met with the media from the NFL Scouting Combine in Indianapolis. He stressed the point on multiple occasions while talking about players ranging from Derek Carr to Hunter Renfrow to Josh Jacobs.

In doing so, he offered a glimpse into how differently he may be approaching his second go-around as an NFL head coach.

McDaniels’ well-publicized flameout with the Denver Broncos 12 years ago lasted less than two seasons. In his short time with the Raiders, he has been forthcoming about some of the mistakes he made that led to his downfall with the Broncos. Among them, overlooking the human element of leading a football team.

It appears he is determined to avoid making the same mistake with the Raiders. No surprise, then, that McDaniels has already begun getting to know Raiders quarterback Derek Carr, with whom he has started a dialogue that is heavy on life and family and personality and short on X’s and O’s.

The connection with Carr is of particular importance as their lives are about to be tightly bound. McDaniels will wear a number of hats with the Raiders, the most prominent being the leader of a 53-man roster.

But he is also the face of the offense, right on down to designing, scheming and managing the plays Carr will initiate — or check out of for a better one — at the line of scrimmage.

As an extension of one another, it is critical they get to know each other. Their relationship will be a tone-setter.

“It’s really an important one,” McDaniels said. “The head coach, the play-caller, the quarterback getting to know one another as people. Kind of how we think and how we work.”

It’s more pronounced in this case given the tenuous nature of Carr’s contract situation. As Carr heads into his ninth year with the Raiders, he does so on the last year of a five-year contract. He is scheduled to make a non-guaranteed $19.877 million next season.

Carr has made it clear he wants to remain with the Raiders long-term, if not the remainder of his career. But is that loyalty so deep he would be OK playing 2021 in a lame-duck contract situation? And can the Raiders afford to go into next season with a murky future at quarterback and potentially anxious Carr?

McDaniels said on Wednesday there is “no doubt about it” that Carr will be the Raiders’ quarterback next season. So for various reasons, it seems prudent that the club and Carr come to an agreement on a new deal before a first snap gets taken. One that creates security for Carr but also for the Raiders as they build around him.

As Carr and McDaniels continue to get acquainted, though, it doesn’t appear getting a new deal done is among the first few boxes being checked off.

“No specific things, relative to extending that at this point,” said McDaniels when asked if there have been any contract dialogue. “But that doesn’t mean that’s not going to change. We are aware of where we are on that, I think we’re just trying to get everything kind of set now in the building.”

The football end of things will come in due time, McDaniels said. “It’s an important piece of the puzzle.”

But for now, it’s about relationship building.

“Really happy with the opportunity that I’ve had to get to know him,” McDaniels said. “He’s there in Nevada. He stays there in Nevada. We’re aware of where things are. Again, as I said, when I was introduced, I’m really looking forward to working with him. He’s won a lot of games. I feel good about what we can do with Derek as our quarterback.”