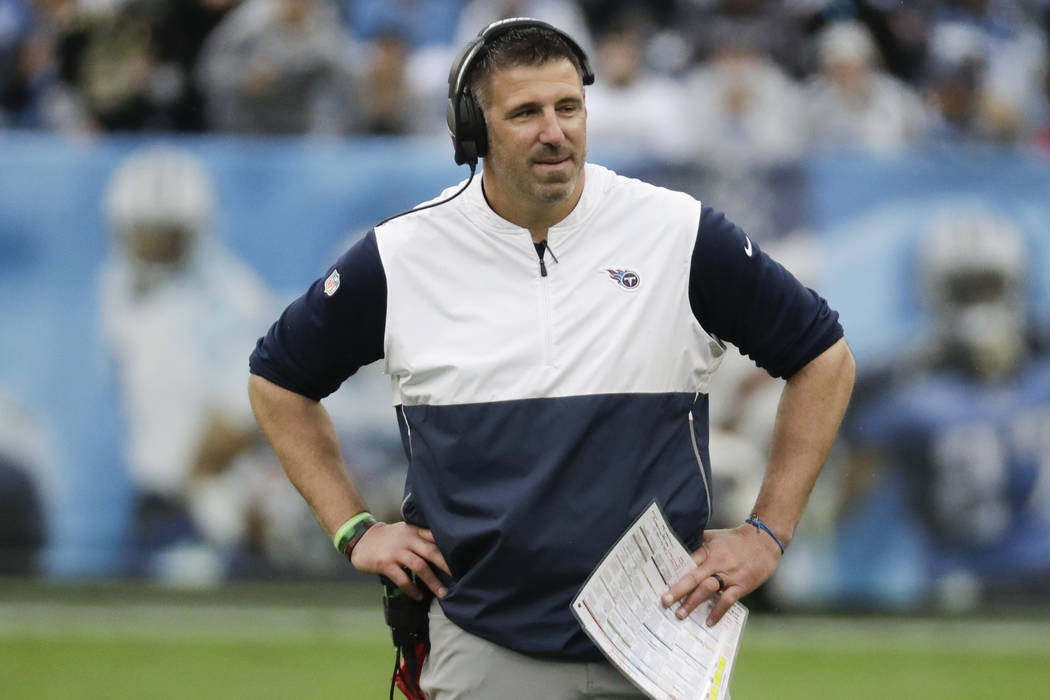 Tennessee Titans head coach Mike Vrabel watches from the sideline in the second half of an NFL football game against the New Orleans Saints Sunday, Dec. 22, 2019, in Nashville, Tenn. (AP Photo/James Kenney)

ALAMEDA, Calif. — The NFL has changed its schedule for Week 17 so that all games directly affecting the No. 6 seed in the AFC playoffs will be played at 1:25 p.m. PT.

On the initial schedule, the Raiders game against the Broncos was the only one scheduled for that time slot. But Steelers at Ravens, Titans at Texans and Colts at Jaguars have all been moved from 10 a.m. to 1:25 p.m.

This means the Raiders will not know whether they’ve been eliminated from postseason contention before their game kicks off.

Because the Raiders are 7-8, they’ll need significant help to earn the No. 6 seed. The Raiders must defeat the Broncos. The Titans (8-7) and Steelers (8-7) must lose. The Colts also have to beat the Jaguars, which would create a four-way tie and give the Raiders the strength-of-victory tiebreaker.