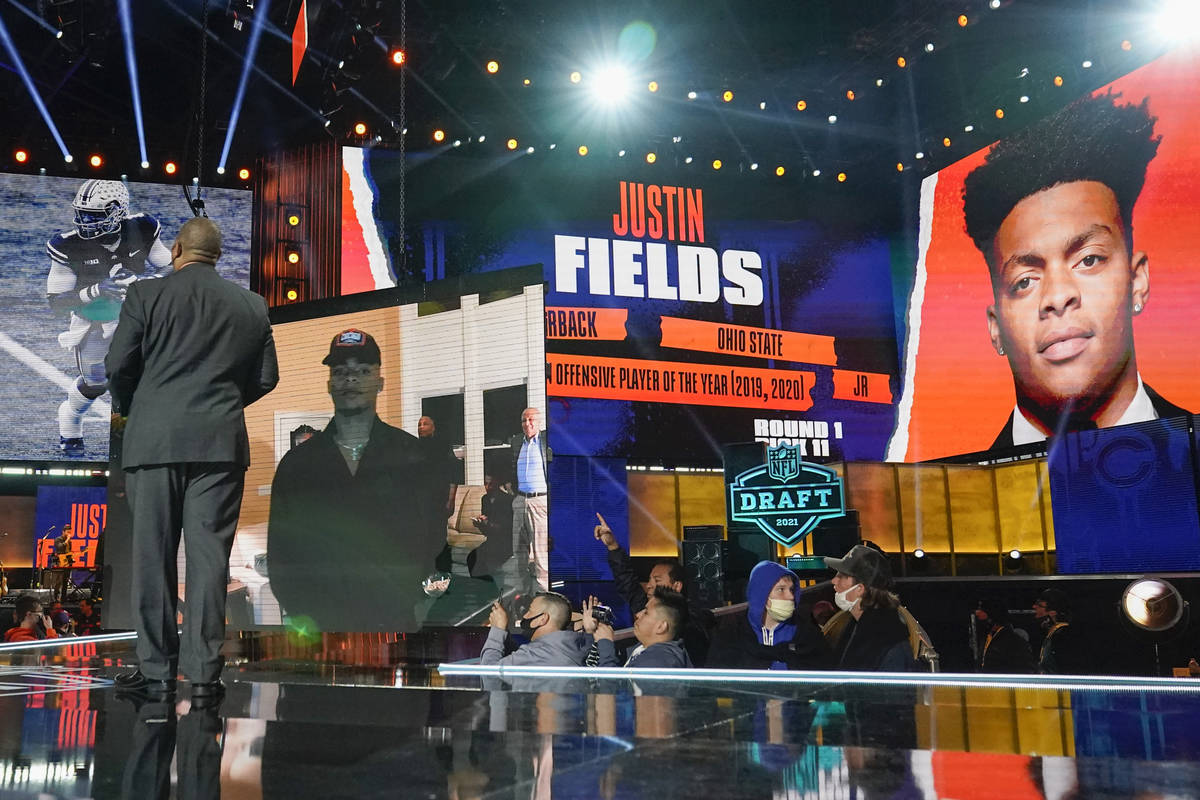 An image of Ohio State quarterback Justin Fields is displayed after he was chosen by the Chicago Bears with the 11th pick in the first round of thge NFL football draft Thursday, April 29, 2021, in Cleveland. (AP Photo/Tony Dejak)

Las Vegas was on tap to host the draft in 2020, but plans were canceled because of COVID-19. The NFL, though, quickly returned Las Vegas to the rotation.

The NFL, which held the draft in Cleveland last week, has been eager to showcase Las Vegas as its newest market and a premier NFL destination. The city is hoping for a Super Bowl as soon as 2024.

The 2022 draft will conclude three months of league events in the Southwest, with the Pro Bowl scheduled for Allegiant Stadium on Feb. 6 and Super Bowl LVI at SoFi Stadium in Inglewood, California, on Feb. 13.

Allegiant Stadium and SoFi Stadium opened a new gateway to the West for big-time events. Previously, only State Farm Stadium in the Phoenix suburb of Glendale was capable of hosting year-round events like the Super Bowl, the Final Four and national championship games.