RJ App
Vegas News, Alerts, ePaper
OPEN
Raiders' safety Johnathan Abram discusses how high the team's confidence is this season and how all players are on the same page with their tasks at hand and defensive coordinator Gus Bradley talks about how Abram has matured as a player. (Heidi Fang/Las Vegas Review-Journal) 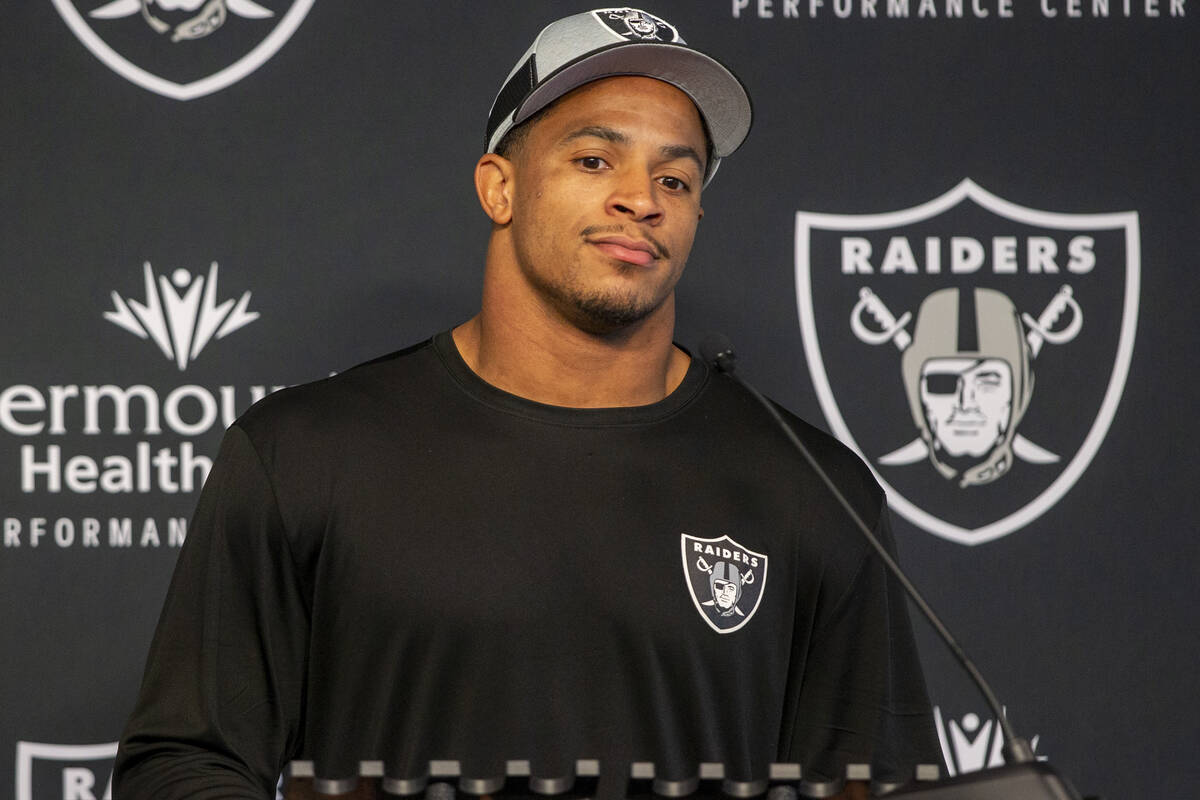 For a guy who rarely stopped talking during his first two seasons with the Raiders, it’s getting harder to get Johnathan Abram to say much of anything these days.

It’s not that Abram has cut himself off from the media. In fact, when he spoke to reporters on Thursday, he was pleasant and poised and insightful.

Albeit in a condensed, matter-of-fact sort of way.

“I thought I did OK,” Abram said quietly when asked about his performance in Monday night’s 33-27 overtime victory over the Baltimore Ravens. “Could have cleaned up some things.”

As for his thoughts on the defense as a whole, Abram said: “I thought we had a decent performance. We kind of started off slow. We finished the game pretty strong. But we’ve got to come out and do better this week.”

Finally, when it was relayed to him that some of his teammates had singled him out as one of the hardest workers on the team during the offseason, Abram quickly turned the focus away from himself.

“Kudos to the guys who said that, but I feel like a lot of guys had a great offseason,” he said.

Compared to the Abram of 12 months ago, the change was noticeable and a good thing for the Raiders, whose new defensive coaching staff, in particular defensive backs coach Ron Milus, mandated that Abram turn down the volume a notch or two.

The objective was to get him on a better career track by focusing more on the task at hand rather than the constant chatter.

The result is a much quieter version of Abram. And for one game, anyway, a much more efficient player.

Last year Abram always seemed intent on making a dramatic statement on every play. It was a noble objective, but also a dangerous one. It often left him vulnerable to surrendering big plays rather than making them.

Abram has clearly toned things down, as evidenced by how he carries and expresses himself, and it’s already led to an on-field improvement.

Playing the box safety position in Gus Bradley’s new defensive scheme, Abram’s 10 tackles against the Ravens tied for the team lead, and Pro Football Focus gave him a 72.8 pass coverage grade across 40 coverage snaps. Abram finished last season with a grade of 30.1.

Aside from the credit Abram deserves for working on his game — and himself — to become an asset rather than a liability, he also benefits from the new role he is playing.

By lining up closer to the line of scrimmage, almost like a linebacker, Abram’s strength as a run defender and tackler is accentuated and his pass coverage flaws are mitigated while defending smaller spaces.

That was apparent on Monday when Abram smoothly put himself in position to make tackles on throws into his zone. Yes, he surrendered three catches on five pass targets, but he also gave up a manageable 16 total yards on the completions.

Last season Abram gave up 20.3 yards per catch on the 21 receptions he surrendered. On Monday, it was 5.3 yards per reception.

“I think he’s getting more understanding of the techniques we’re asking of him,” Bradley said. “You can look at the tape and see those techniques. He’s in a good place right now. So it’s just consistency now.”

In a lot of ways, Abram’s play is a reflection of the overall improvements the entire Raiders defense showed on Monday. By coming up with three sacks, two turnovers and turning the Ravens away on nine of 12 third downs, the Raiders flipped three categories that were weaknesses last year.

It was only one game, but it was noticeable. And the confidence is growing.

“I feel a confidence level in the entire building,” Abram said. “We got new coaches around. Guys who care about each other. We’ve got some guys we brought in from free agency, some draft picks. We all understand our roles and we’re all trying to do our part to help this team win.”