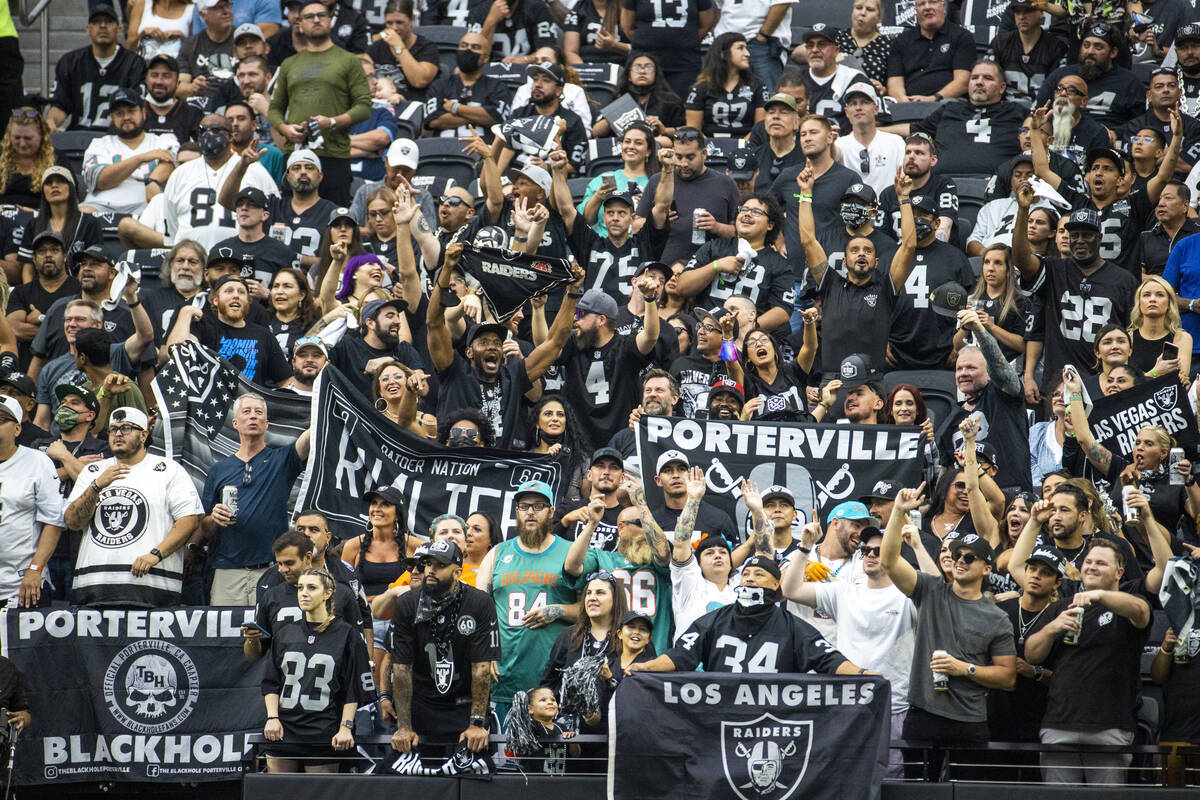 Raiders fans in the stands during the first half of their NFL game versus the Miami Dolphins at Allegiant Stadium on Sunday, Sept. 26, 2021, in Las Vegas. (L.E. Baskow/Las Vegas Review-Journal) @Left_Eye_Images 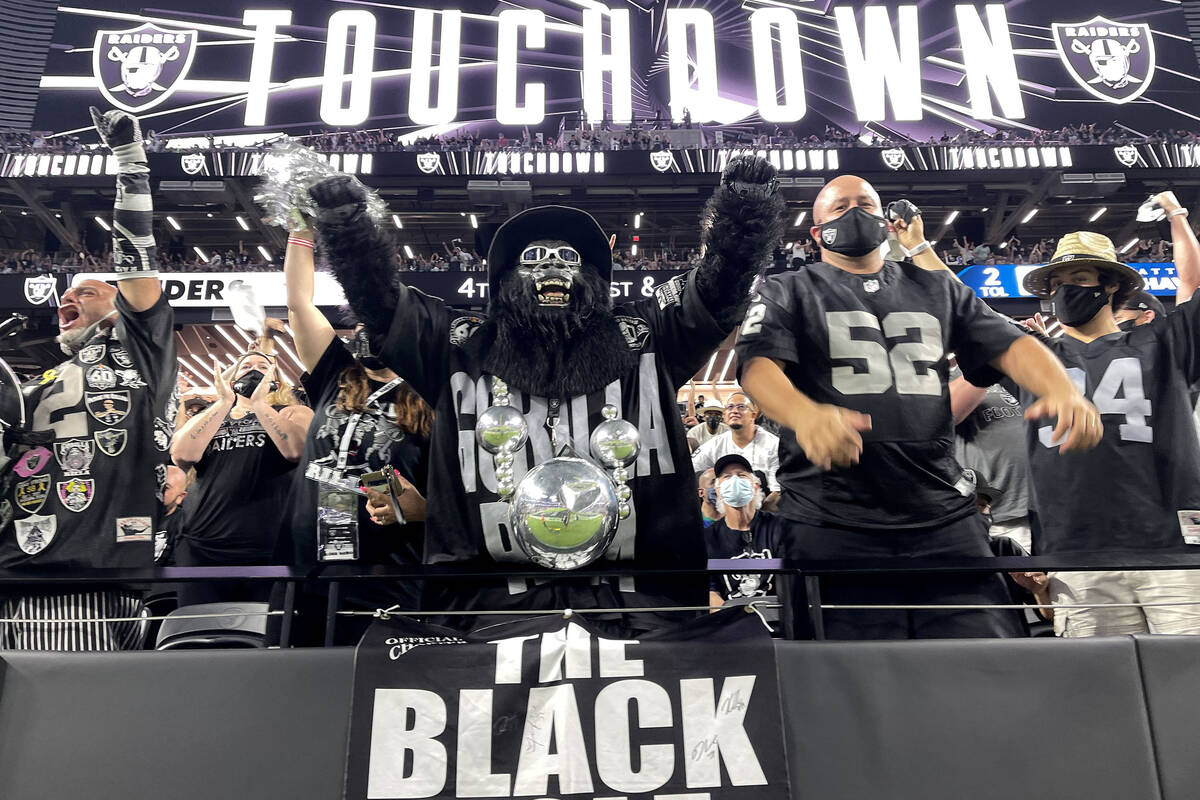 When the Raiders face the Chargers Monday night in Los Angeles, there could be more silver and black in SoFi Stadium’s stands than blue and gold.

Many fans dub SoFi Stadium the Raiders’ “second home” and that appears to be with reason.

Secondary ticket market site Vivid Seats projects that 74 percent of the crowd in L.A. Monday will be Raiders fans.

“I welcome Raider Nation to the field down there,” Raiders head coach Jon Gruden said during a news conference Thursday. “Perhaps Raider Nation could make a stand down in L.A. We look forward to seeing the fans. it will be a great game, as it always is.”

The projection is based on an algorithm that incorporates Vivid Seats’ proprietary data to predict who will have the home-field advantage at a game.

“Worth pointing out that in their 2020 home opener (no fans), last year, the Chargers had zero false start penalties,” Vivid Seats said in a statement. “Meanwhile, in 2021 against the Cowboys (who had a less drastic crowd advantage, but definitely more fans still), the Chargers had three false start penalties. After the game, Dak Prescott talked about how he didn’t have to use the silent count once the entire game.”

If Vivid Seats’ projection rings true, the majority of the Raider Nation in attendance will hail from California.

StubHub said 87 percent of fans who have bought tickets for the game thus far through its resale platform are from California, with 2 percent from Arizona, and 1 percent from both Nevada and Texas.

The average ticket price on StubHub to attend the game is $328.15, with the cheapest ticket listed at $160 Thursday morning. As of Thursday, there were 2,745 tickets listed on StubHub for the Raiders-Chargers showdown.

Longtime Raiders fan and one of the key players in the Black Hole both in Oakland and now in Las Vegas, Mark Acasio, better known as Gorilla Rilla, said he’ll be among the contingent Monday in Southern California.

“I’m definitely going, Row 1 end zone,” Acasio said. “It’s like another road game that Raider Nation makes a home game. Many fans that can’t make it to Vegas… will take full advantage and swarm this game with a strong presence in L.A.”

Raiders quarterback Derek Carr is expecting Raider Nation to show up, based on previous games the team has played against the Chargers in different locations throughout Southern California.

“In my past… whether it was in Los Angeles at the soccer stadium (StubHub Center) or in Qualcomm in San Diego, it was another home game,” Carr said Thursday during a news conference. “It was always looked at as another home game and that’s no disrespect, it’s a fact. The way you practice, the way you meet, it felt like a home game. I fully expect Raider Nation to take over the majority of the stadium again. They usually do.”

One of Carr’s favorite targets so far this season, wide receiver Bryan Edwards, is on the same page as his quarterback and is expecting a Silver and Black celebration.

“I’m expecting a Raider party,” Edwards said. “We played in that stadium in the preseason and it was looking like a Raider party, so I expect them to come out in full effect.”