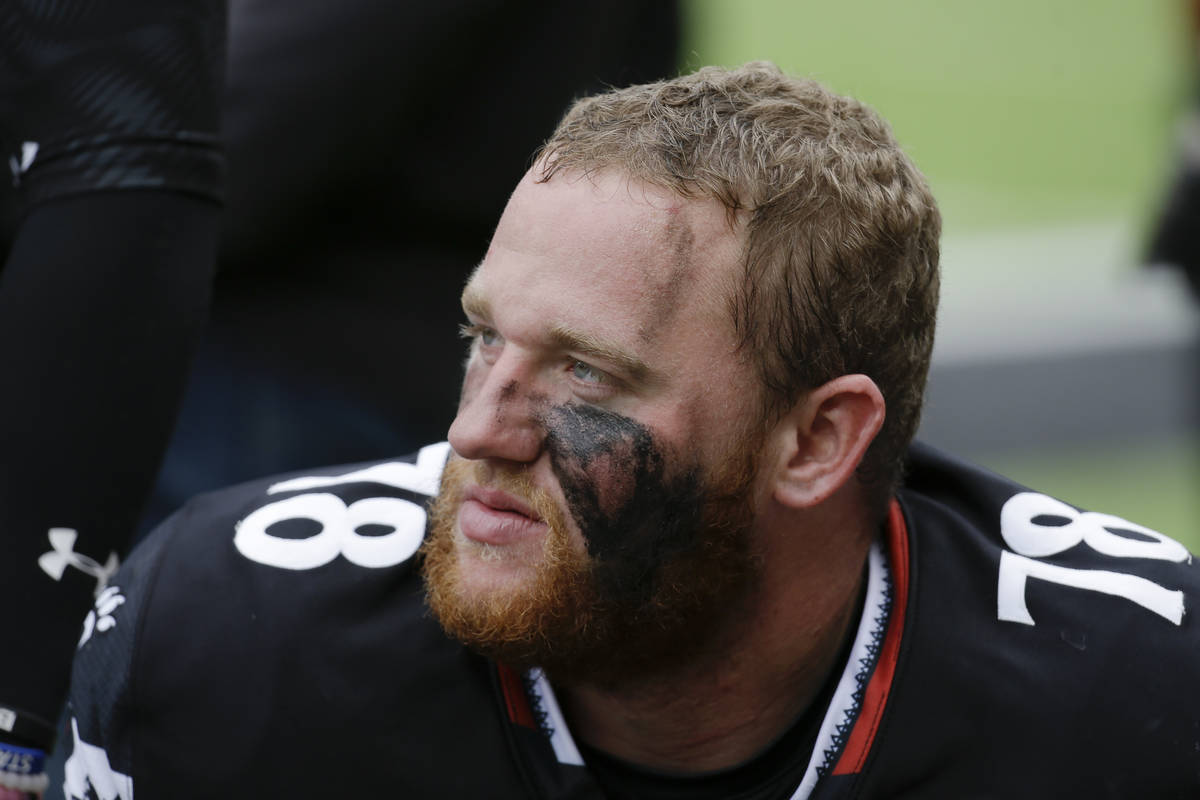 Cincinnati offensive lineman Parker Ehinger (78) sits on the sideline in the second half of an NCAA college football game against UCF, Saturday, Oct. 31, 2015, in Cincinnati. Cincinnati won 52-7. (AP Photo/John Minchillo)

The Raiders on Friday continued to tinker with their roster, adding offensive guard Parker Ehinger.

The 6-foot-6, 310-pound Ehinger has played parts of five seasons in the NFL and spent time last year with the Baltimore Ravens. A fourth-round pick of the Kansas City Chiefs in 2006, he has played in eight games and made six starts while also playing for the Ravens, Cardinals, Jaguars and Cowboys.

In a corresponding move, the Raiders have waived S Rashaan Gaulden.