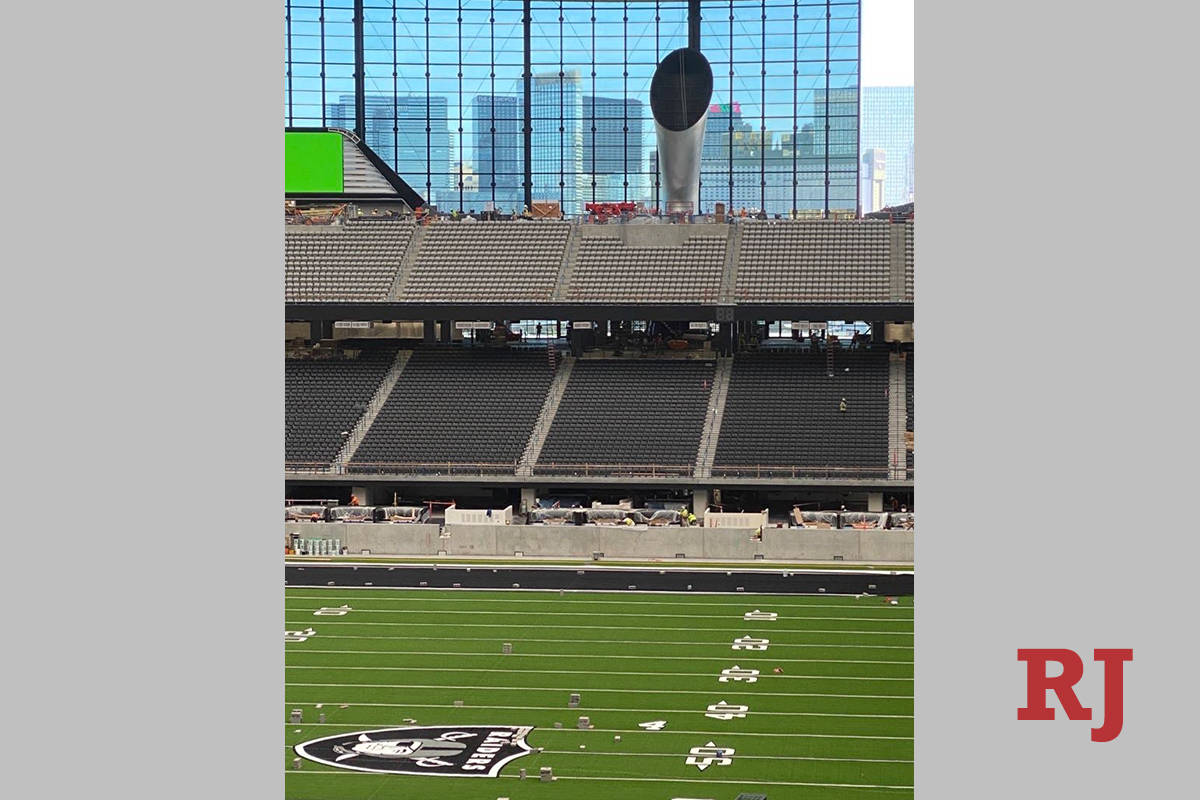 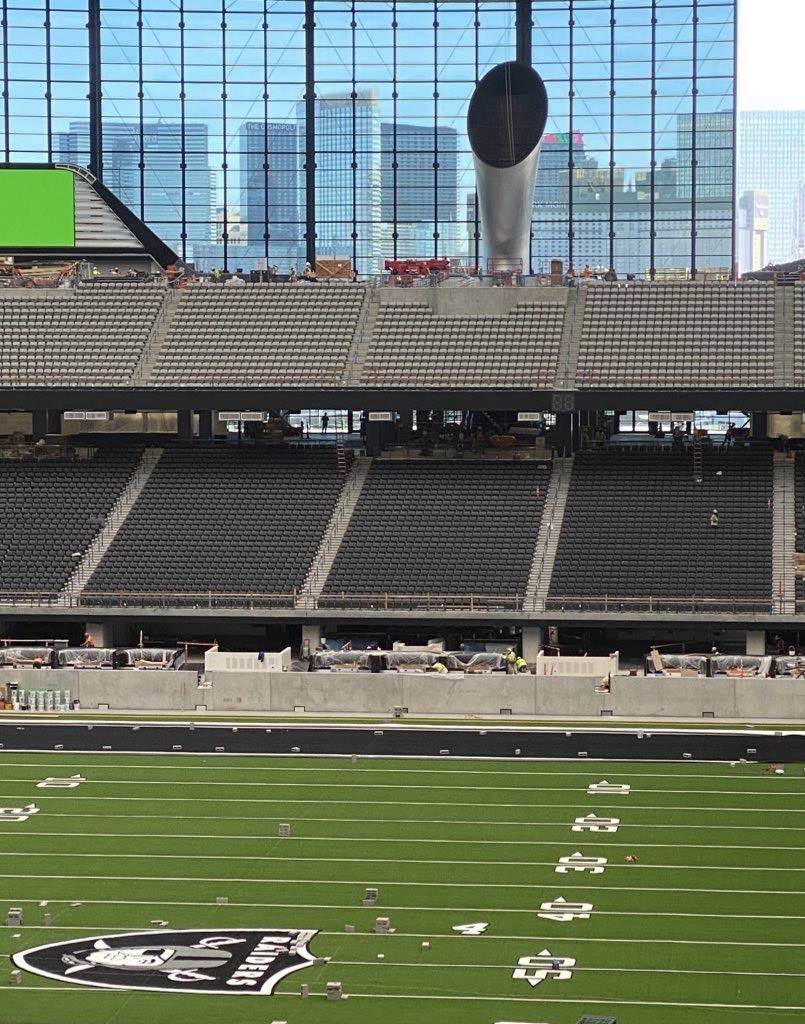 Crews at Allegiant Stadium gave an early glimpse Wednesday of what the 65,000-seat facility will look like on Raiders game days.

An artificial turf field with the Raiders’ iconic pirate shield logo could be seen inside the $2 billion stadium, marking the first time the team’s logo was laid on the facility’s floor.

The artificial turf won’t be used during Raiders game days. It will serve as a cosmetic feature when the team provides tours of the stadium.

The Raiders will play on a grass field that is stored outside on a 4-foot-tall, 9,500-ton tray on non-game days. The tray will roll in and out of the stadium through a 14-by-240-feet opening on the south end of the stadium.

UNLV football will play on an artificial turf field at the stadium for their games.