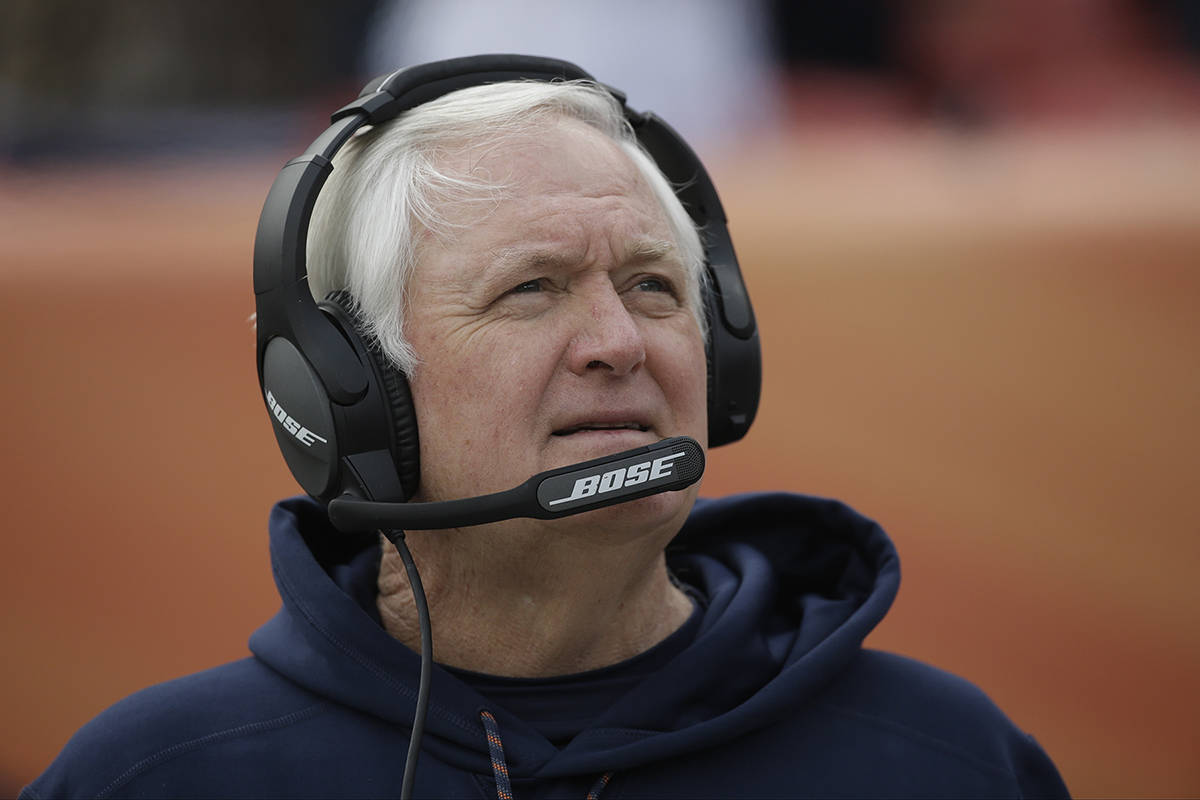 Rod Marinelli, who was named late Sunday to replace Paul Guenther as defensive coordinator, faces a formidable challenge getting a woeful Raiders defense straightened out in time for the team to make a successful run to the playoffs.

Not to mention they are coming off a three-game stretch in which they have given up an average of 38.3 points per game.

With time of the essence, the Raiders are frantically turning to Marinelli with the hope he can create a short-term surge of momentum defensively.

Long term, it isn’t yet clear what the Raiders plans to do with the defensive coordinator position. If they do decide to go outside their building for a permanent replacement, at least one prominent NFL coach is keenly interested.

According to people close to Wade Phillips, the 44-year coaching veteran and architect of the Denver Broncos defense that helped bring a Super Bowl championship to the Mile High City in 2016 is itching to get back to the NFL and is particularly interested in the Raiders’ opening.

Morris and Bradley’s availability is dependent on how their current situations play out. Morris, who coached under Gruden in Tampa Bay for six seasons, could be in line to get the Falcons’ head coaching job and will be an attractive head coach candidate throughout the league.

The status of Bradley, who also coached under Gruden in Tampa Bay from 2006 to 2008, is predicated on whether the Chargers decide to move on from head coach Anthony Lynn.

The 73-year-old Phillips is intrigued by the young talent the Raiders have assembled over the last two seasons and the chance to reunite with linebacker Cory Littleton and defensive back Lamarcus Joyner, both of whom excelled under Phillips with the Los Angeles Rams but have struggled with the Raiders.

In addition to Littleton and Joyner, the Raiders also brought in free-agent linebacker Nick Kwiatkoski and defensive end Carl Nassib last offseason, both of whom are under contract for next year.

That young talent, coupled with the near-certainty the Raiders will invest heavily on defense in both the draft and free agency next offseason, intrigues Phillips.

He was not on an NFL coaching sideline this year after parting ways with the Rams at the end of the 2019 season. But his track record of immediately getting defenses turned around could intrigue the Raiders, who have built a playoff-worthy offense and now need to create a similar situation on defense.

Of the last seven defenses Phillips took over since 1989, each helped their teams get to the playoffs in Phillips’ first year at the helm. That includes the 2017 Rams.

In his three years in Los Angeles, the Rams had winning seasons all three seasons, won NFC West division titles in 2017 and 2018 and advanced to Super Bowl LVII after the 2018 season.

According to Football Outsiders, the Rams were the sixth, 18th and ninth-most efficient defenses in football with Phillips as defensive coordinator.

For now, the Raiders are counting on Marinelli injecting some immediate help.

Marinelli, who was hired this season to coach the defensive line, has spent most of his 24 years in the NFL in that role but served stints with the Chicago Bears (2010 to 2012) and Dallas Cowboys (2014-2019) as their defensive coordinator.

The question now is, with three games left in the season and the Raiders needing to sweep all three to have any chance of reaching the playoffs, is there enough time for Marinelli and the defense to make the necessary improvements?