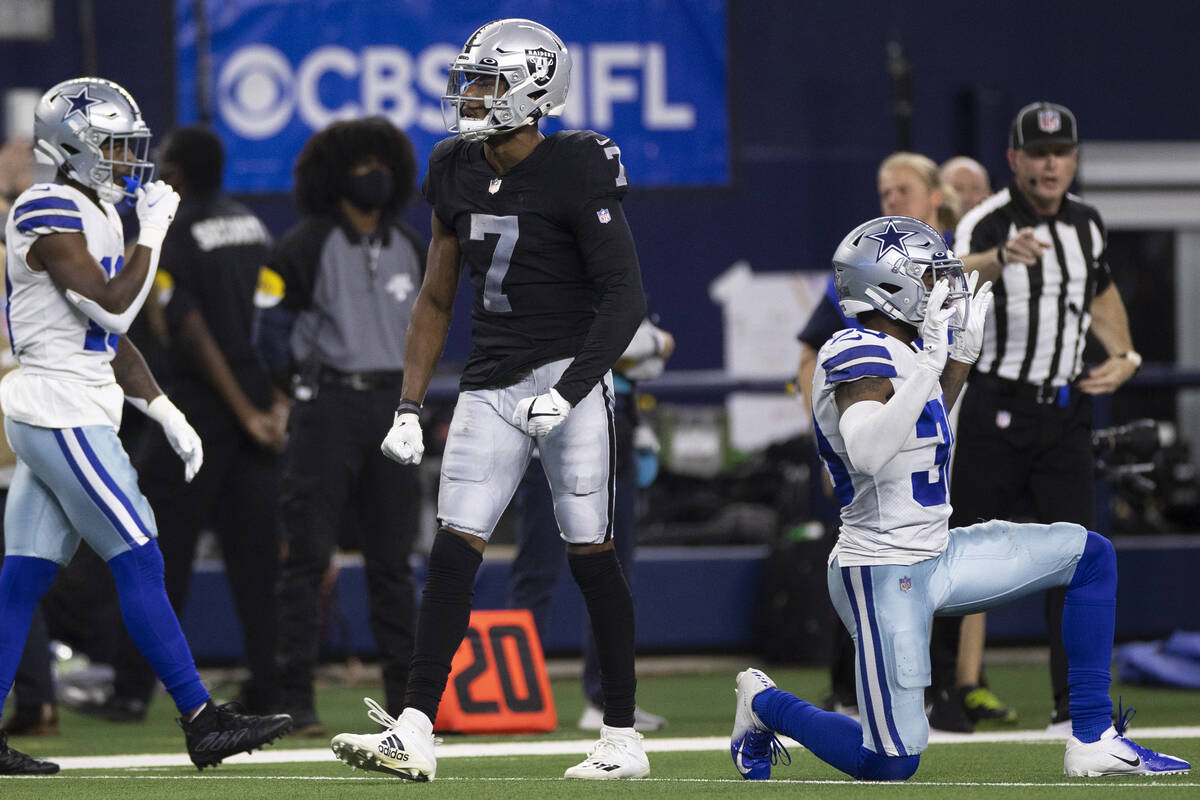 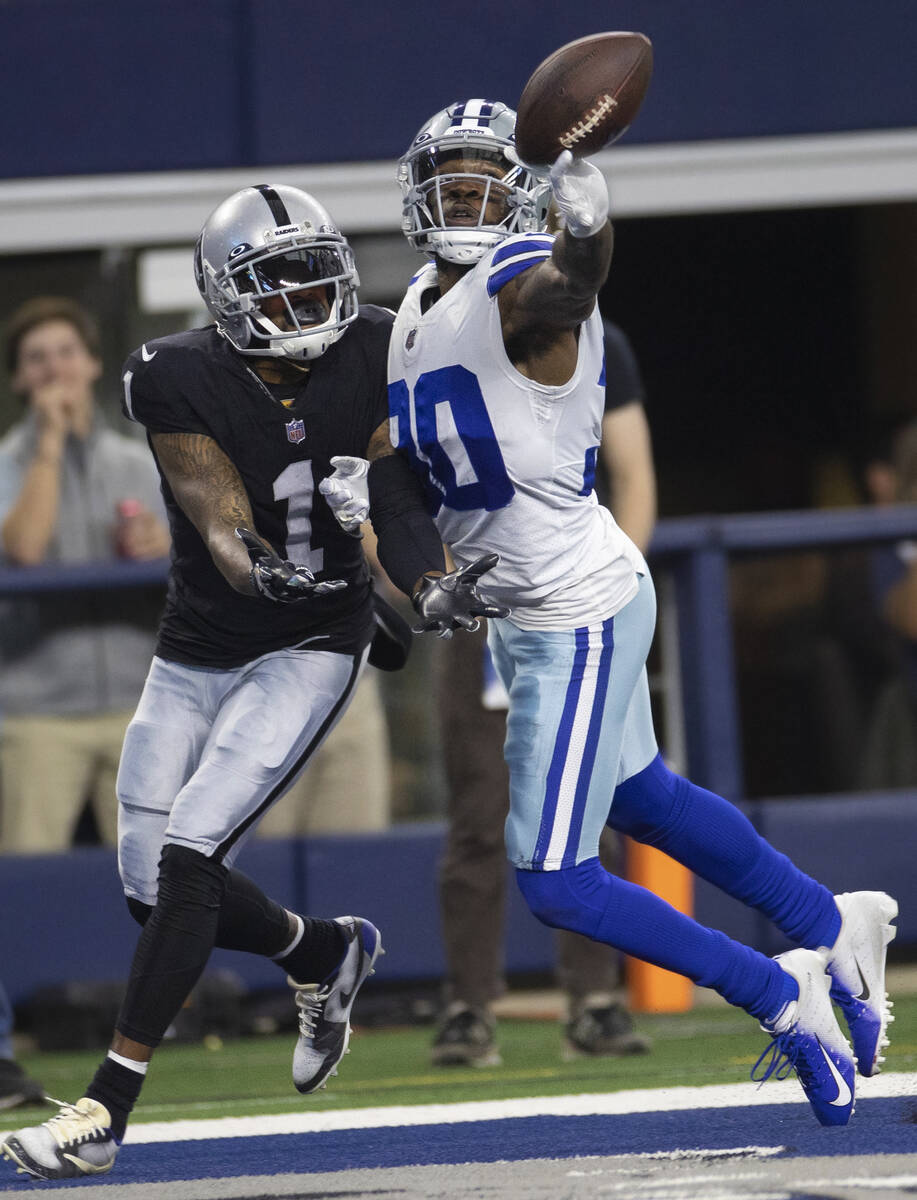 ARLINGTON, Texas — Safe to say the Raiders and Dallas Cowboys have a differing opinion on all the penalties that were called in their thrilling Thanksgiving Day matchup. Well, at least some of them.

The Raiders prevailed 36-33 on Daniel Carlson’s 29-yard field goal in overtime. The kick capped a game in which the teams combined for 28 penalties — 14 each — accounting for 276 yards. The total penalty yards were the 14th-most in NFL history, the most since the Buffalo Bills and Chicago Bears combined for 292 yards in 2018.

The 166 penalty yards for the Cowboys was a franchise record. Of them, 110 came on third down alone.

“The numbers are absurd,” said Cowboys coach Mike McCarthy. “I don’t really know what the hell you want me to say.”

Of those penalties, Cowboys cornerback Anthony Brown accounted for four. Each flag was for pass interference, and all four came on third downs to give the Raiders a fresh set of downs.

The most egregious came in overtime to help set up Carlson’s game-winner. With the Raiders facing a third and 18 at their own 43, Derek Carr flung a deep ball to Zay Jones, who had gotten behind Brown. As the ball descended toward Jones, Brown made body contact with Jones with his back to the play. Brown and Jones were entangled when the ball bounced off Brown’s helmet. A nearby official immediately threw the flag to set up the Raiders at the Cowboys’ 23-yard line.

And therein lies the difference of opinions between the clubs.

From the Raiders’ perspective, the matchups featuring Jones and fellow speedster DeSean Jackson against the Cowboys’ secondary were favorable. From the first drive of the game, they understood chances were good they could complete long passes against them or force pass interference calls.

Once Jackson dragged Jourdan Lewis across the field on a 56-yard touchdown hookup with Carr on the third play of the game, attacking the Cowboys with the deep ball became a matter of strategy. The more the Cowboys had to use their hands and bodies to slow down Jackson and Jones, the more the Raiders kept taking deep shots.

“We kept saying, they are holding,” said quarterback Derek Carr. “If they don’t hold us, we feel like we are going to hit those plays.”

That didn’t sit well with the Cowboys, including owner Jerry Jones.

“I call it ‘throw up ball,’” Jones said. From his perspective, that tactic played too big of a role in a highly anticipated game.

“This will arguably be the most-watched game other than the Super Bowl,” Jones said. “I hate that it got down to just throwing the ball up and getting the penalties to get you big plays.”

Again, though, for the Raiders, it was good sound football attacking players who obviously had difficulty keeping up with their fastest players.

“The penalties obviously helped,” Carr said. “And they were legitimate things that happened.”

As the game wore on, Brown became the unfortunate go-to attack target, including a throw to Jackson in the Cowboys’ end zone on a third-and-six play that resulted in a pass interference.

That set up Josh Jacobs’ 1-yard touchdown run to give the Raiders a 14-6 lead.

Ironically, Brown complained the least about the calls.

“It’s just one of them days,” he said. “I’ve just got to watch the film, see what we can improve and get better. I feel like I was in position for all of them. I’ll just try to turn my head.”