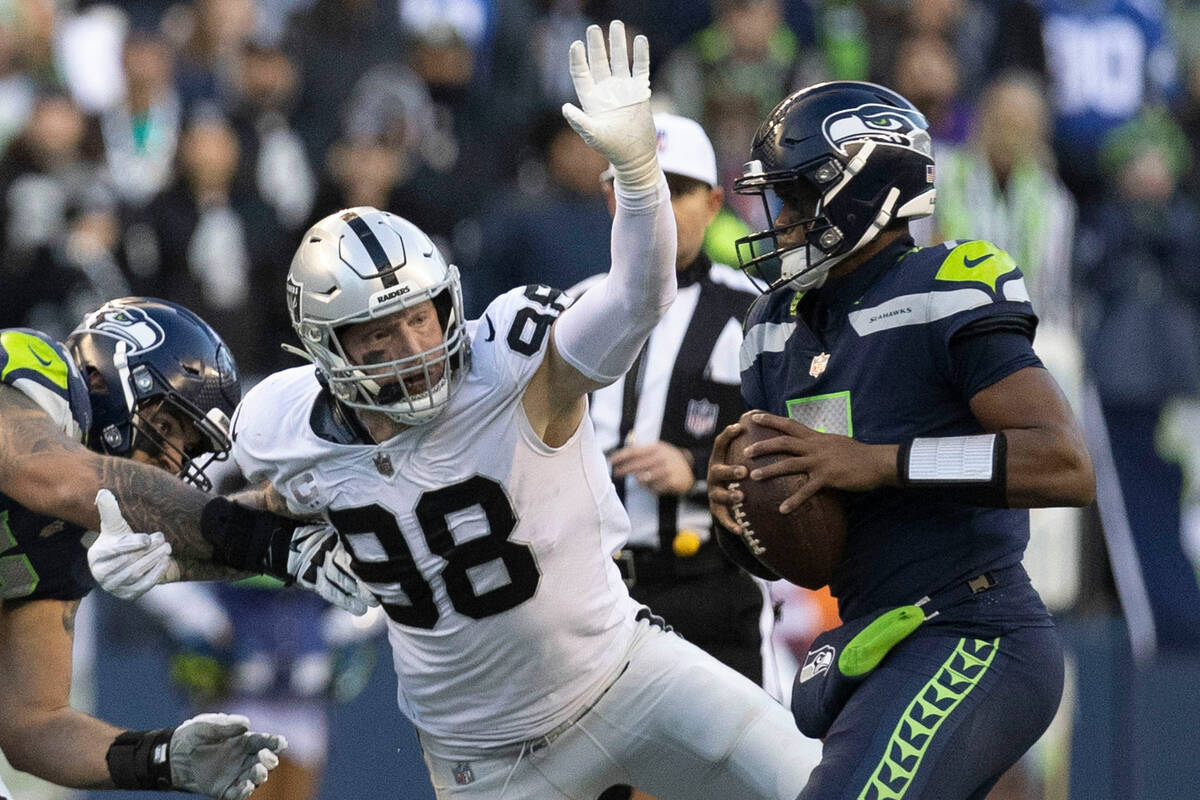 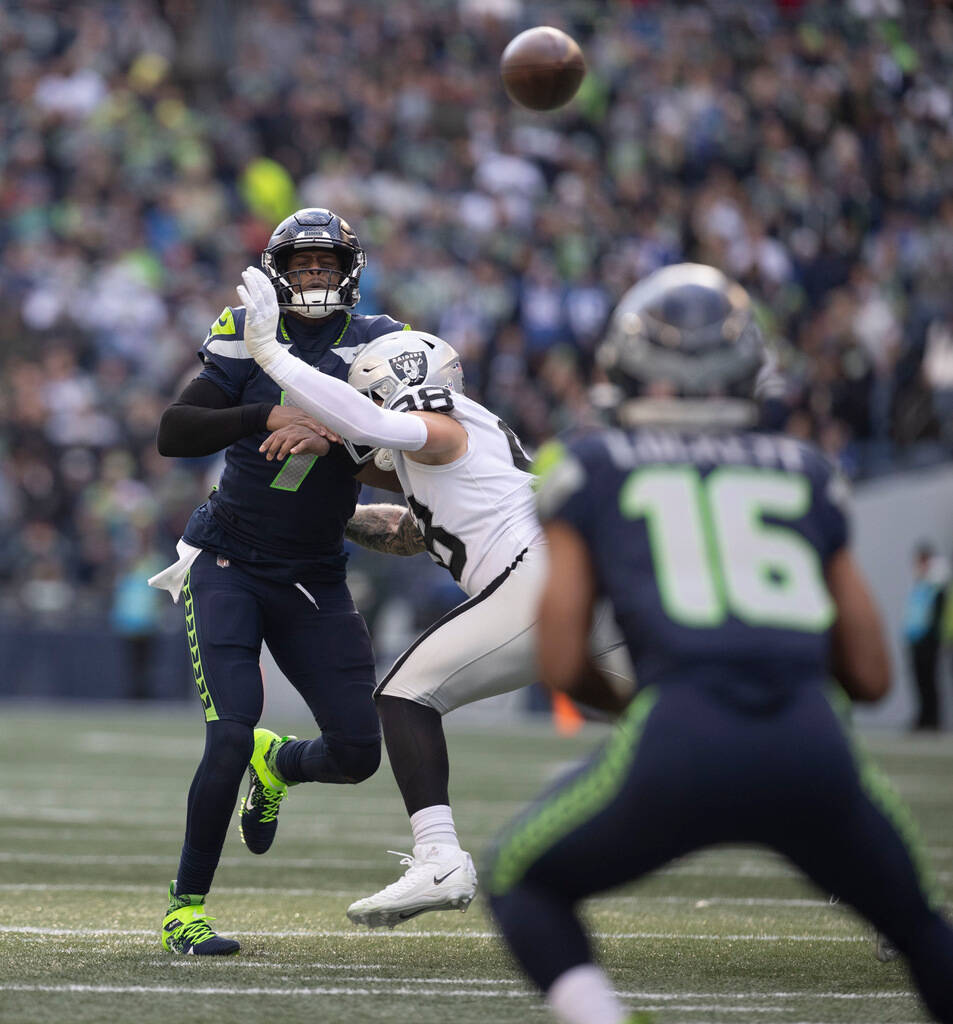 From a statistical standpoint, the Raiders’ defense has a long way to go before it can be relied upon. But as it has shown over the last two weeks, timely playmaking and the ability to rise to the occasion can go a long way toward supporting an offense that is now averaging the 10th-most points in the NFL.

And maybe even win enough games over the next two weeks to set up an interesting final four-game kick.

The Raiders’ win over the Seahawks is a case in point. The scoreboard told a grim story as the Raiders’ defense yielded 34 points. Yet when it got right down to it, Maxx Crosby and his group made two big stands to get the game to overtime and, once there, get the ball back to Derek Carr and the offense after their first overtime drive ended in a missed field goal.

The Raiders (4-7) aren’t celebrating a second straight win without those two defensive stops.

It isn’t always pretty, as the scoreboard will attest. But for the time being, the Raiders have to count on putting together effective patches of defense rather than wire-to-wire dominance.

The 25.1 points per game the Raiders are surrendering are the seventh most in the NFL. Their 16 sacks are tied for the least. The eight turnovers they have forced are the second fewest.

Making sure the defense can effectively complement the offense will require a significant talent infusion. But that process won’t begin in earnest until the offseason.

For now, they have to rely on timeliness, carrying out specific plans to fit the situation and the brilliance of Crosby, whose sparkling performance this season has thrust him into Defensive Player of the Year consideration.

The timing and execution were in full effect late in Sunday’s win, as the defense surrendered just 10 total yards on the Seahawks’ two final drives. They did it with a combination of an aggressive pass coverage scheme in which their corners and safeties played tight coverage and a pass rush led by Crosby.

In fact, Crosby finished out both drives — each of which began with the score tied 34-34 and Seattle needing a field goal to win the game — with fierce pass rushes. One resulted in a third-down sack of Geno Smith. On the other, Crosby harassed Smith into an errant throw.

On the first, Crosby bull-rushed right tackle Abraham Lucas all the way into Smith, before shedding Lucas and taking Smith to the ground. On the second, the Seahawks changed the blocking scheme by first using tight end Noah Fant to chip- block Crosby, trying to push him out wide to a waiting Lucas. But Crosby speed-rushed past both blockers to get to Smith.

Crosby deserves plenty of credit for his hustle to the quarterback, but so do cornerbacks Rock Ya-Sin, Sam Webb and Amik Robertson. Given the situation, the Raiders needed their corners to stand up in tight man coverage. And they delivered.

For now, this is how the Raiders have to get it done.