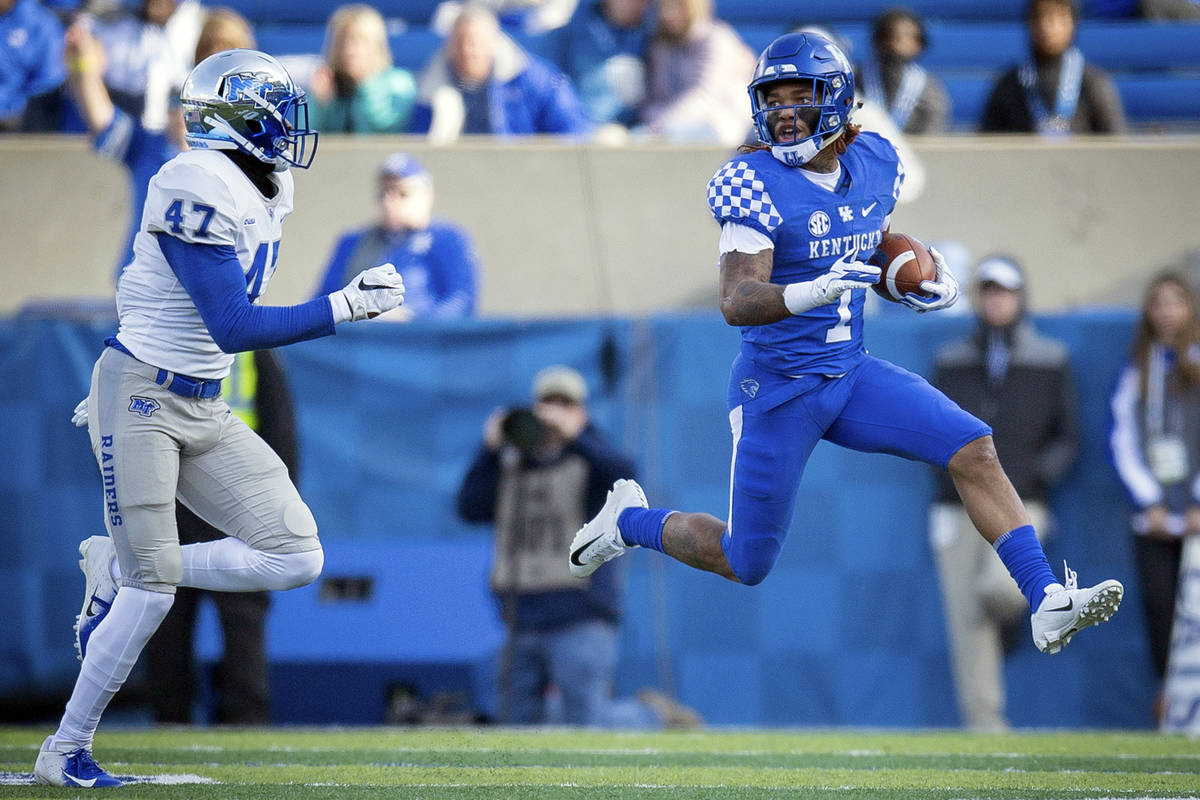 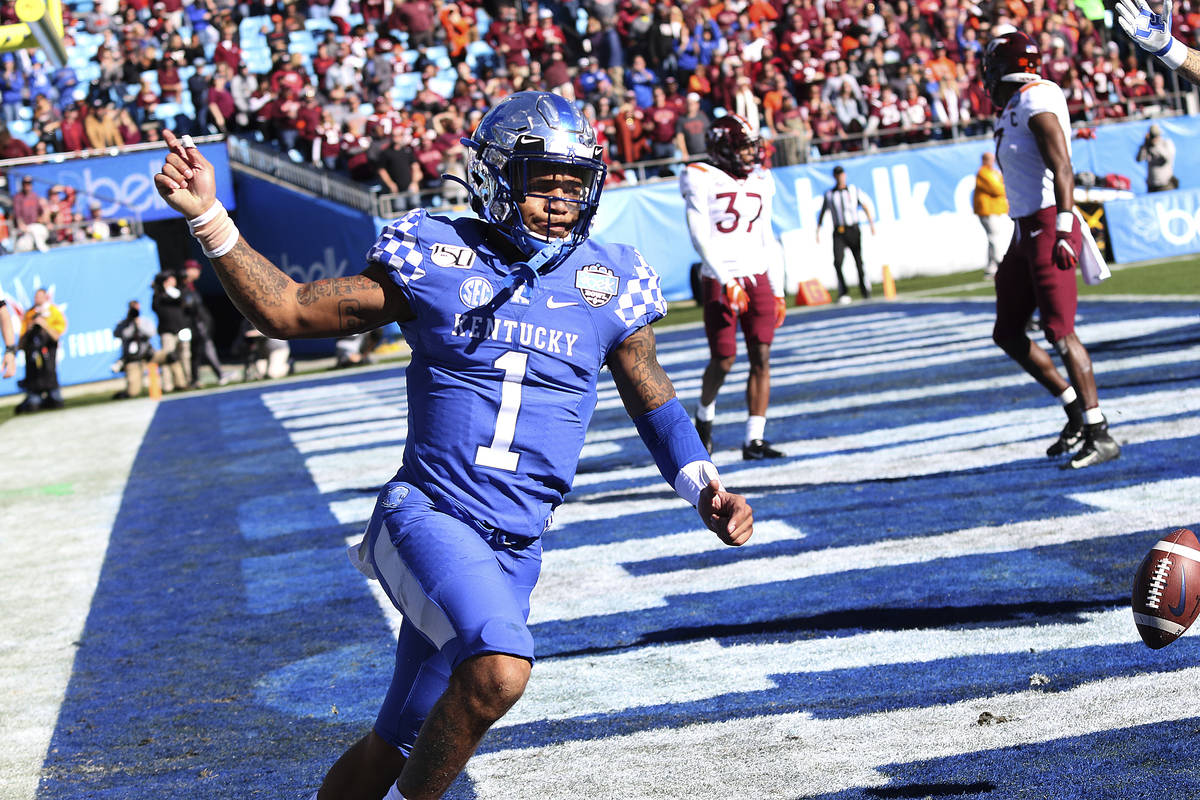 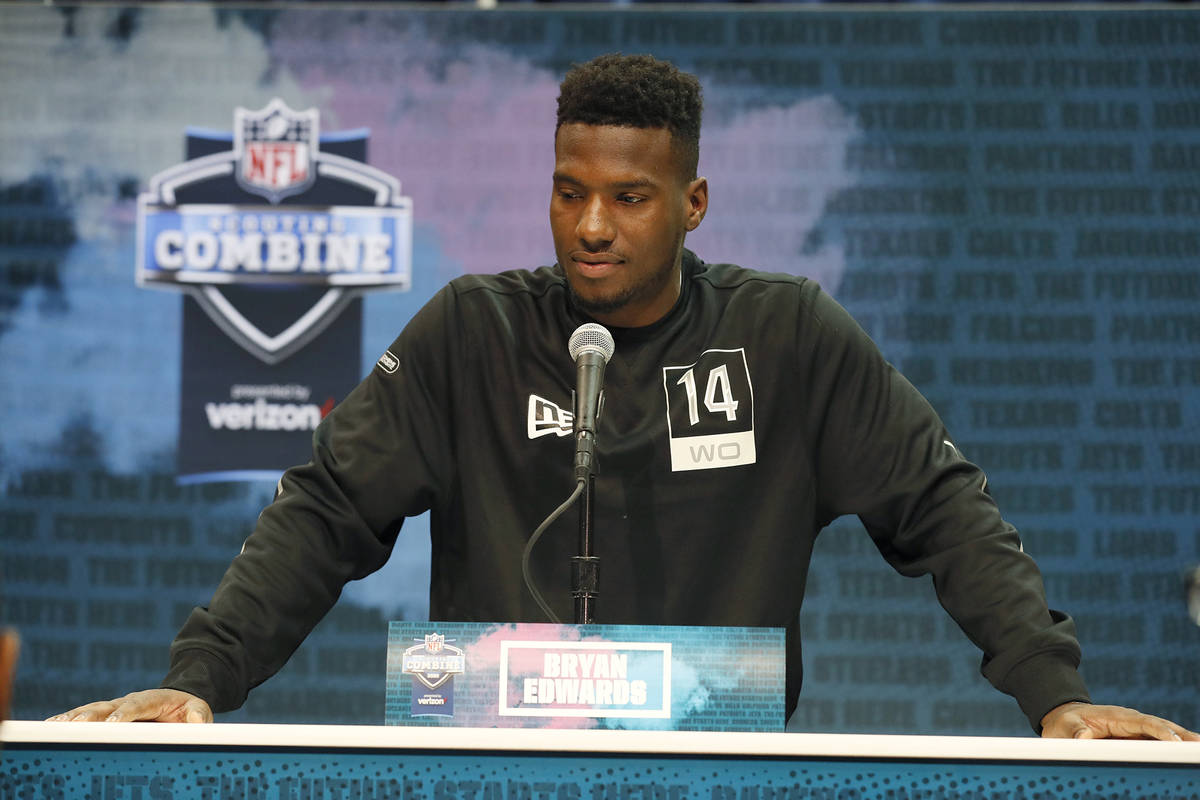 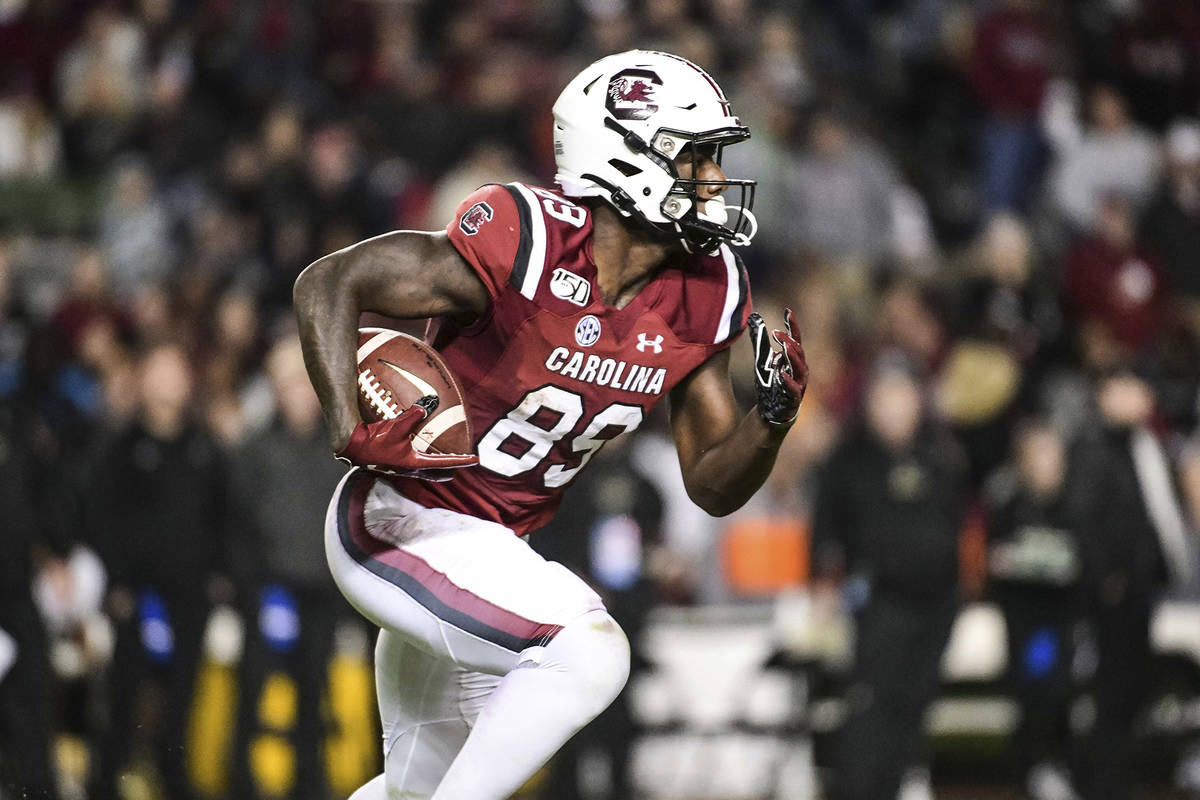 The Raiders’ offense in 2019 was a case of numbers that simply didn’t add up. On Friday, they did something about that, doubling up on offensive weapons, picking Kentucky athlete Lynn Bowden and South Carolina wide receiver Bryan Edwards on back-to-back selections in the third round of the NFL draft.

They also added a cover linebacker in Clemson’s Tanner Muse, whose background at safety should translate to whatever role he can carve out for himself on defense.

But three rounds into the draft, it’s clear the Raiders are trying to figure out a way to make their quirky offensive math match up in a way that puts them in a better position to score points and win games.

A four-year starter with the Gamecocks, the 6-foot-3-inch, 215-pounder had 234 catches for 3,045 yards and 22 touchdowns. Injuries limited his senior season to 10 games, and a broken foot curtailed his offseason evaluation process. But he is expected to push Tyrell Williams for playing time and as a possession receiver play a complementary role to Ruggs, a deep threat.

“I feel like it’s just a mindset that I play with,” said Edwards. who was picked 81st overall. “I won’t let one person tackle me. I just try to get as many yards as I can and score every time I touch the ball.”

At No. 80, the Raiders reeled in the versatile Bowden, who spent time at quarterback and wide receiver for Kentucky in a highly productive career in which he produced 1,530 rushing yards, 1,303 receiving yards and 495 passing yards.

With the Raiders, he is expected to be a weapon all over the field.

“Whatever they need me to play. I’m not set on one position,” Bowden said. “I’m trying win as many games as we can, get the championship.”

Ruggs, Edwards and Bowden are the intriguing new toys coach Jon Gruden will spend the next few months scheming up ways to exploit

They also are a trio of versatile assets quarterback Derek Carr will eagerly tap into, adding to an arsenal that includes Darren Waller, Williams, Hunter Renfrow and running back Josh Jacobs.

In 2019 the Raiders accumulated the 11th-most yards in the NFL, produced the league’s seventh-best third down conversion rate and in Carr had a quarterback who threw for more than 4,000 yards.

Yet all it got them on the scoreboard was 313 points, the eighth fewest in the NFL.

It’s a situation the Raiders understood was not repeatable, not if they want to close the gap on the Kansas City Chiefs in the AFC West or anyone else they will compete with for a playoff spot.

“The bigger picture for Jon and I was, how do we get more dynamic?” general manager Mike Mayock said. That made doubling up at wide receiver and adding another offensive weapon with three of their first four picks not so much a surprise as it was a necessity.

Carr, in particular, should benefit in the multiple new ways he can attack a defense, with Ruggs the deep ball threat, Edwards a big, dependable target and Bowden a player who can be utilized in a variety of different ways.

Along with the carryover talent the Raiders have added the last two years, the hope is they can turn all those yards into points.

In the months and weeks leading up to the draft, Mayock spoke glowingly of the wide receiver draft pool, predicting the depth and versatility at that position meant top prospects would be available deep into the third round.

That was the case with Edwards, whose skill set is first- or second-round worthy, yet he fell to the back end of the third round. ”I feel like the foot injury definitely played a part in me slipping a little bit in the draft, but I feel like everything worked out.” Edwards said.

His bad luck was a boon for the Raiders, who as a result were able to add huge value at a position of need.