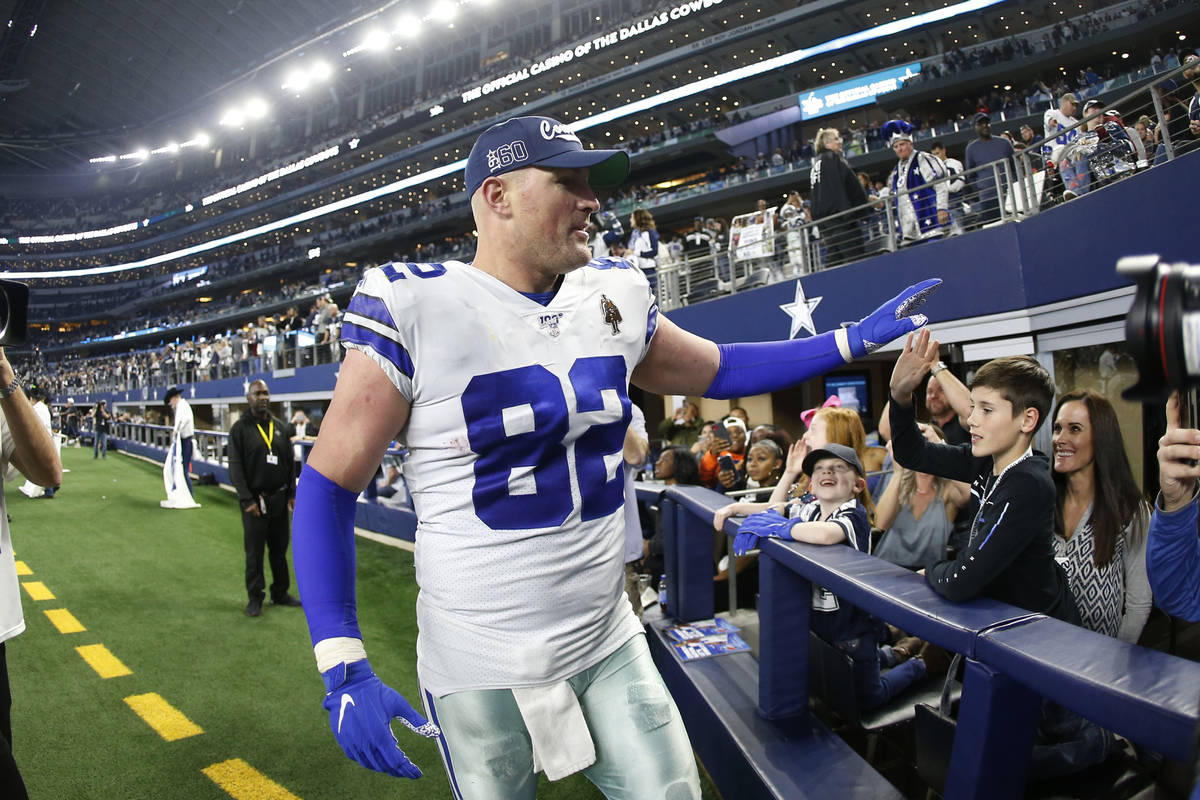 In his first comments about several of the Raiders’ free-agent pickups, general manager Mike Mayock last week was especially effusive in his praise for veteran tight end Jason Witten, who was signed in free agency.

Mayock said the potential Hall of Famer is being counted on as much for what he’ll provide in the locker room as on the field.

Witten produced a 63-catch, 529-yard season in 2019 after spending 2018 in retirement, his fewest catches and yards since his rookie year in 2003. But his value goes beyond that, according to Mayock

“I know he’s 37 years old, and I know we have a pretty good tight end room. But when you talk about bringing in a guy like him, not only can he still play … but on top of that, he brings this wealth of knowledge about how to be a professional,” Mayock said.

“We plug him in our locker room, and we have one more veteran that can look around the room and tell people what to do and what not to do.”

“Hopefully (Moreau) is going to be 100 percent Day One, but if he’s not … Jon (Gruden) and I looked at this, we were (joined) at the hip on this decision. We just thought it was too good of an opportunity both for our locker room and for our tight ends room.”

The Raiders have five picks in the first 91 selections of the NFL draft, with the 12th and 19th selections in the first round and Nos. 80, 81 and 91 in the third round. But Mayock has long talked about his appreciation for picks between 20 and 60, so the possibility of him making a trade to pick in that range is a possibility.

“What’s intriguing about our picks this year, obviously I am very thankful to have two first-round picks, but we have three in the third. That, to me, three picks in the third is just like stealing,” Mayock said. “If we’re doing our jobs the right way, hopefully that’s three more starters. Could we move up to get one, could we move back to get one, between 20 and 60, sure.