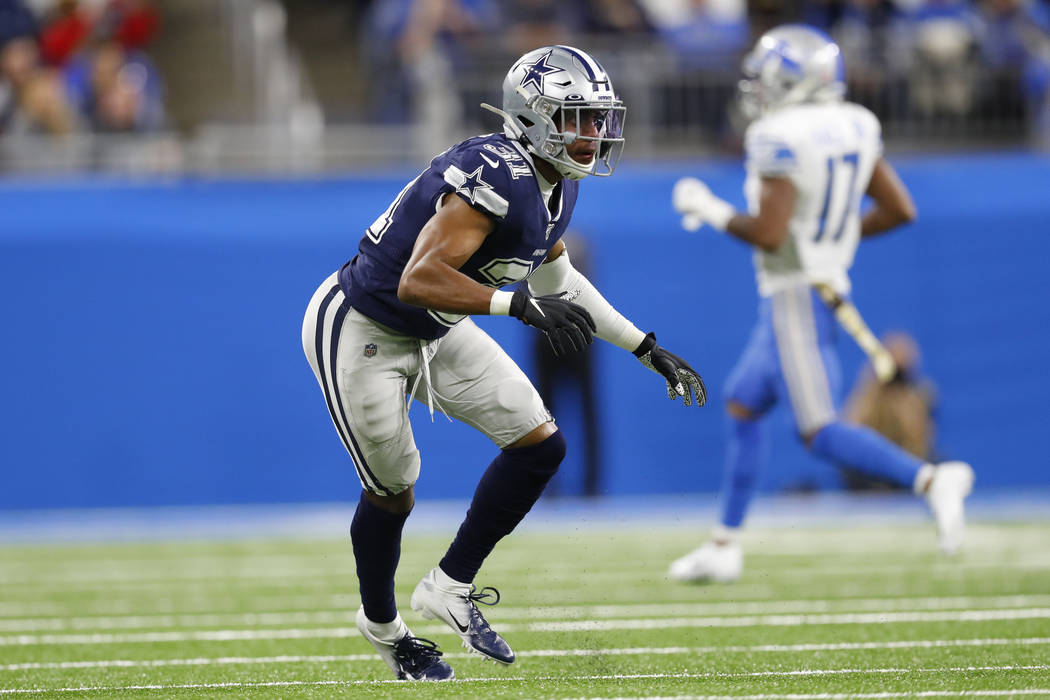 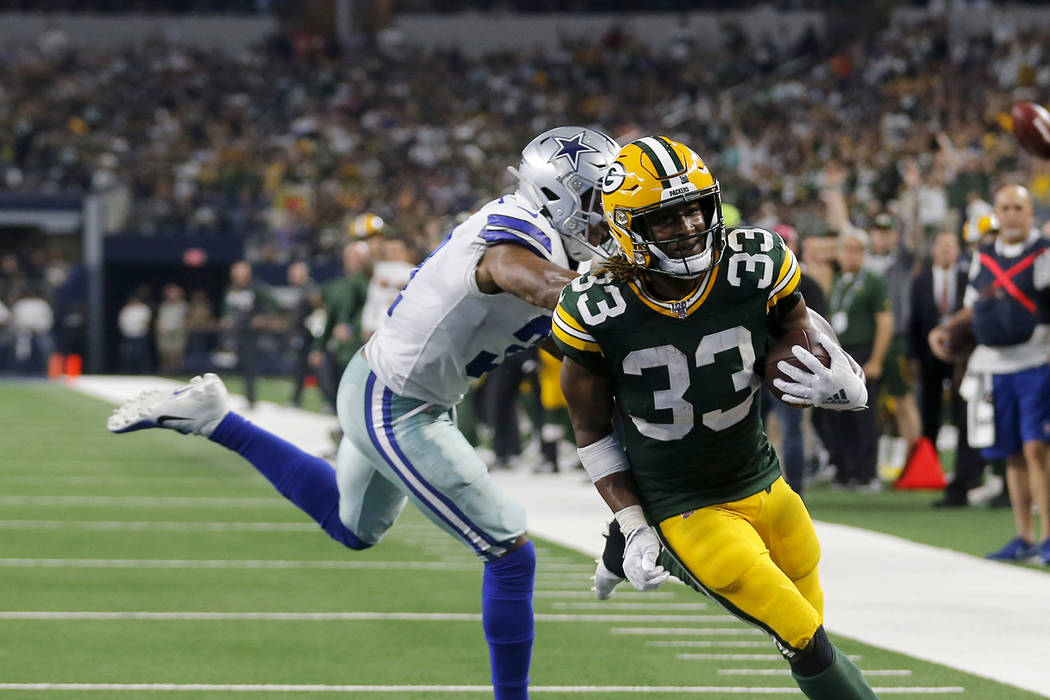 Green Bay Packers' Aaron Jones (33) reaches the end zone for a touchdown in front of Dallas Cowboys' Byron Jones during the second half of an NFL football game in Arlington, Texas, Sunday, Oct. 6, 2019. (AP Photo/Michael Ainsworth) 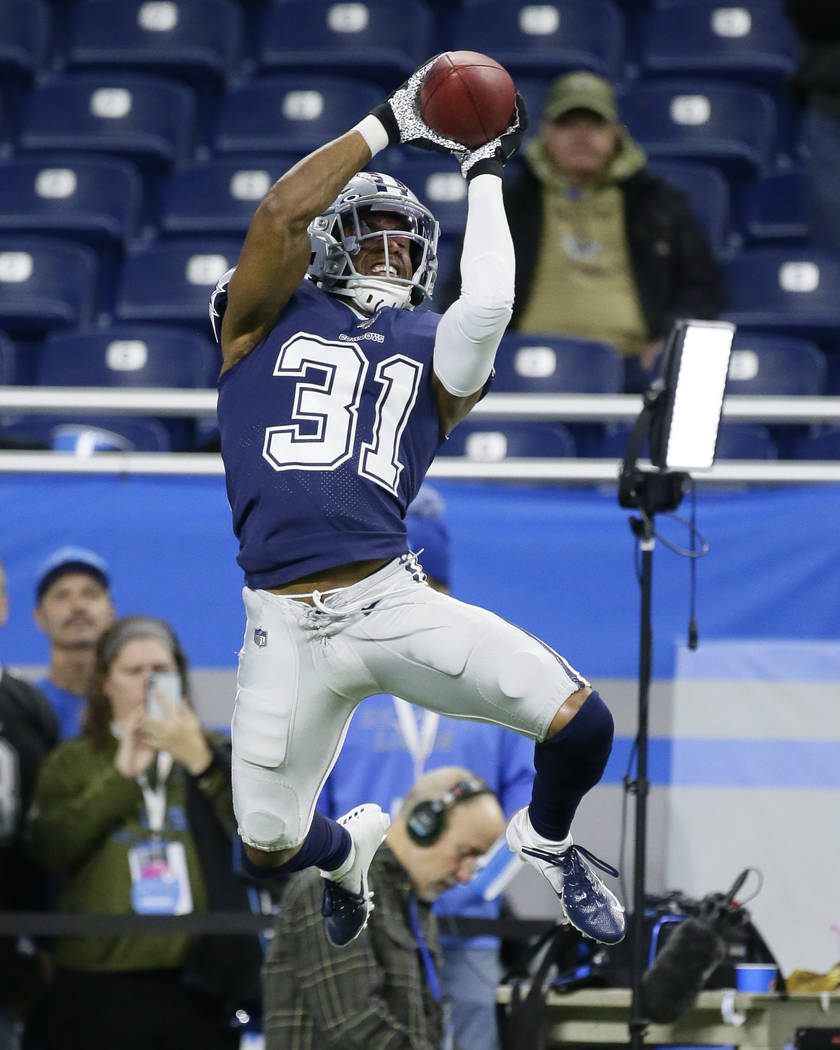 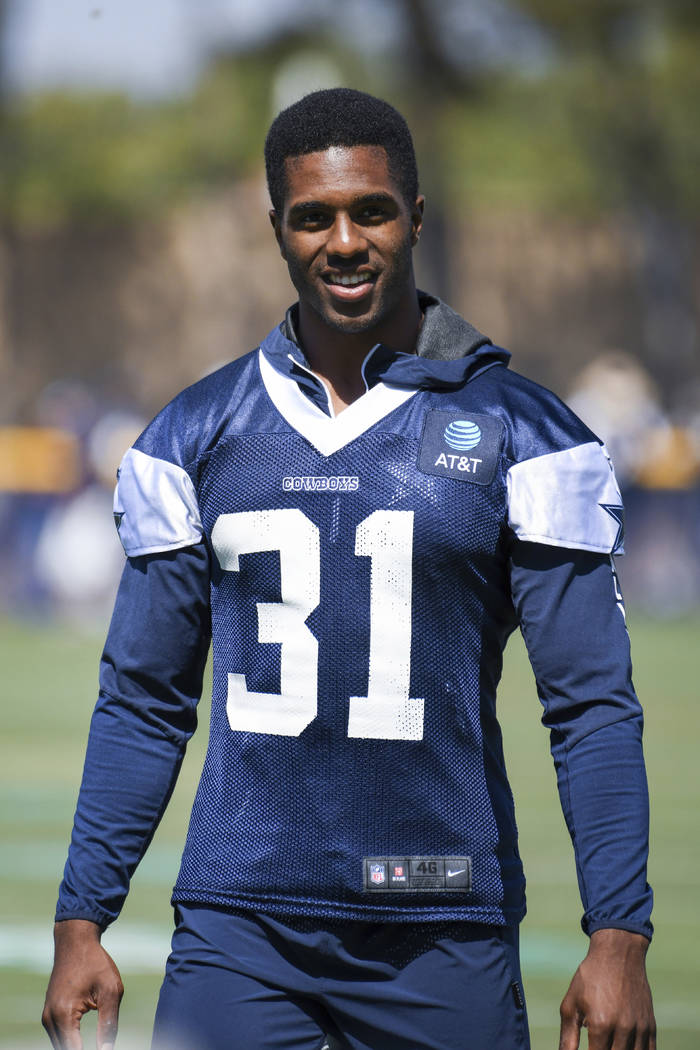 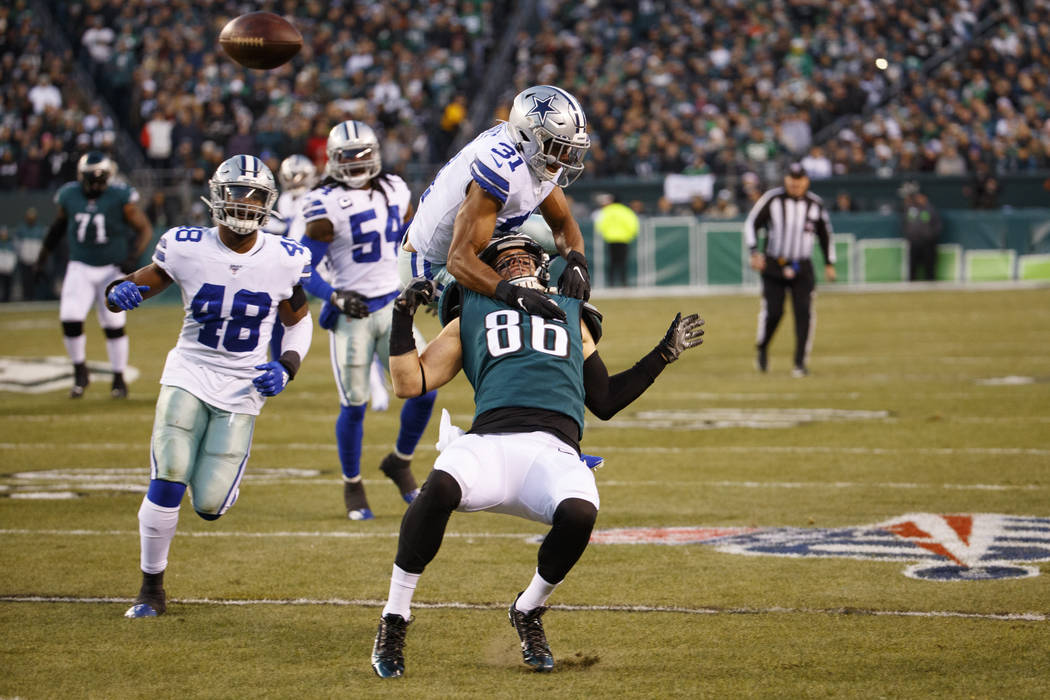 Philadelphia Eagles tight end Zach Ertz (86) gets taken down from behind by Dallas Cowboys cornerback Byron Jones (31) after missing the pass during the NFL football game, Sunday, Dec. 22, 2019, in Philadelphia. The Eagles won 17-9. (AP Photo/Chris Szagola)

INDIANAPOLIS — One of the top young cornerbacks in the NFL is expected to hit free agency soon, and the growing sense is the Raiders have a strong interest in bringing him to Las Vegas.

The Dallas Cowboys are expected to let Byron Jones test the open market when free agency opens March 18, according to reports. With the Cowboys prioritizing the re-signing of quarterback Dak Prescott and wide receiver Amari Cooper among their handful of unrestricted free agents, it has created difficult decisions at other positions. Jones is among them.

As a result, the shutdown cornerback, 27, is expected to talk to other teams at the opening of free agency. The Raiders, who have holes across the defense and more than $50 million to spend under the salary cap, are expected to be among the teams showing legitimate interest.

The cost will be significant. Jones, a Pro Bowler in 2018, is expected to command an annual average salary of more than $15 million.

Jones would fit a major need opposite promising young cornerback Trayvon Mullen, who emerged in the last part of his rookie 2019 season as a physical, ballhawking defender. A pairing of Jones and Mullen could potentially give the Raiders one of the NFL’s best cornerback tandems.

Jones has just two interceptions in his first five seasons, but he has been excellent as a lockdown corner. He held opponents to a 53.1 completion percentage on 53 targets while coming up with 46 tackles and six pass deflections last season. Opponents averaged 11 yards on 30 receptions against him while accumulating 106 yards after the catch, according to Pro Football Focus.

Jones is among three top cornerbacks who could be available in free agency. The others are James Bradberry of the Carolina Panthers and Chris Harris of the Denver Broncos.