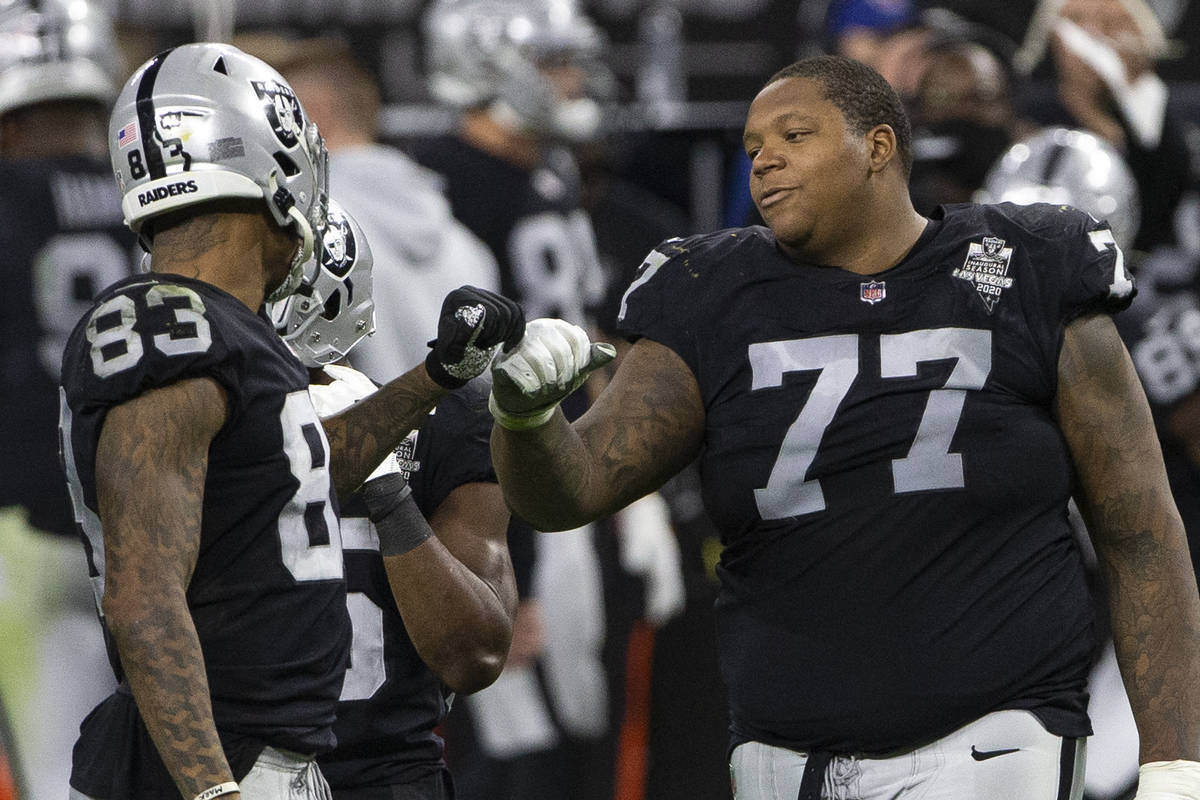 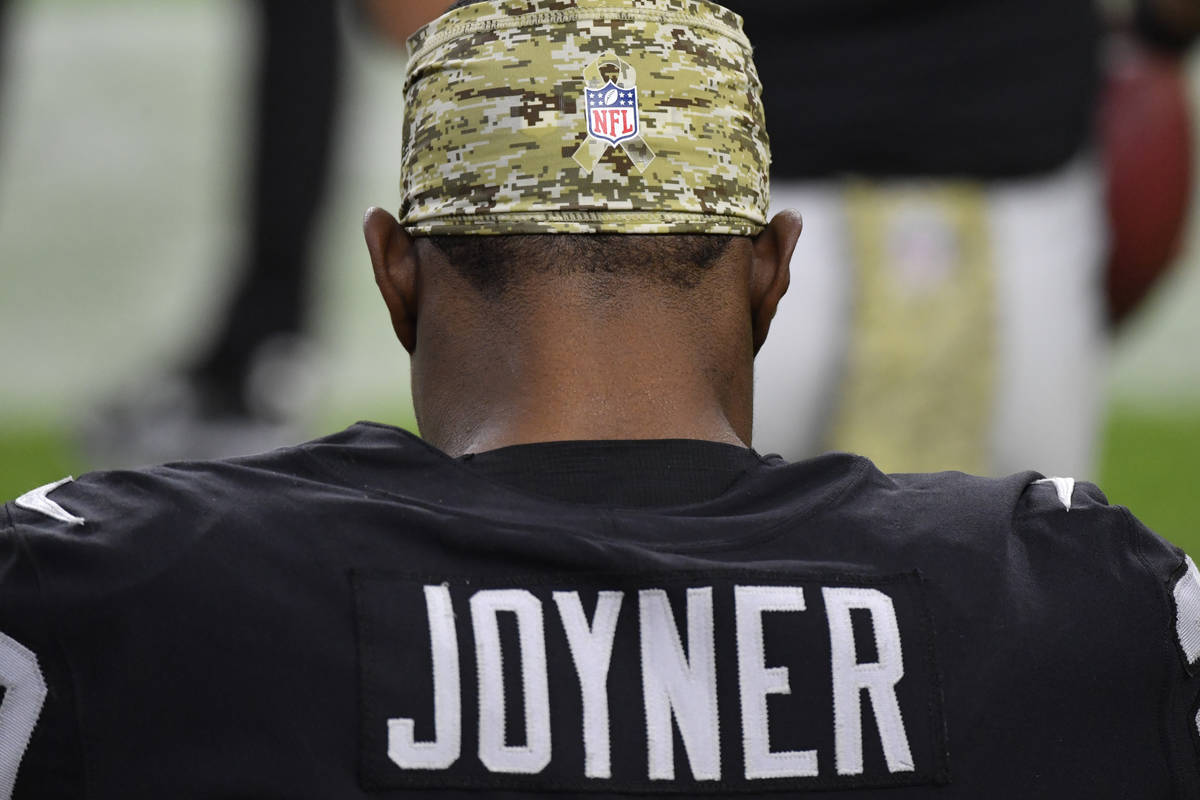 Las Vegas Raiders free safety Lamarcus Joyner #29 is seen on the sidelines during the second half against the Denver Broncos during an NFL football game, Sunday, Nov. 15, 2020, in Las Vegas. (AP Photo/Jeff Bottari) 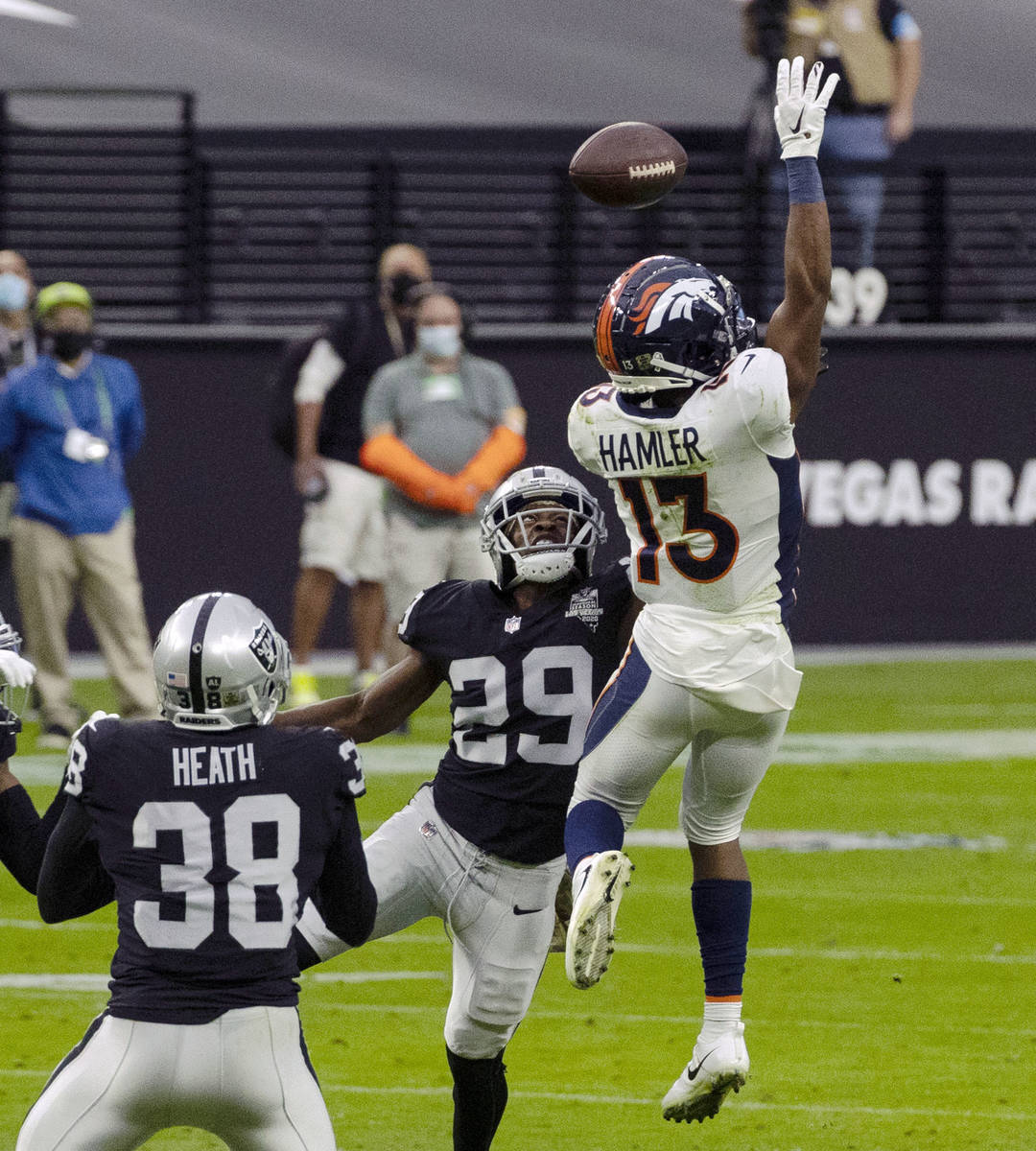 The Raiders’ offseason is in full effect, and as they formulate their to-do list in free agency and the draft, their fans have a lot of questions.

Here is a sampling of the questions that arrived in the weekly Raiders mailbag:

Matt Berger (@matt_berger): In your opinion, who do you think will be cap casualties?

Vincent Bonsignore: A few candidates immediately jump out — Tyrell Williams, Trent Brown, Richie Incognito and Lamarcus Joyner are certainly among them. Everyone but Joyner represent contracts the Raiders can walk away from without taking a cap hit. Even in Joyner’s case, the savings would be close to $9 million. Brown is an interesting situation as his inability to stay on the field creates incredible uncertainty at the $14 million he’s owed next year. But if he will renegotiate or if the Raiders are convinced the injury issues are behind him, the talent is compelling enough to consider keeping him around.

Dana Wagner (@DanaNews3LV): Will Gus Bradley turn this defense around?

VB: Between Bradley, the Raiders’ new defensive coordinator, and the teacher and development heavy staff he is building with Ron Milus (DB’s), Richard Smith (LB’s) and Rod Marinelli (DL), the potential for improvement exists. There also is young talent on hand and the Raiders will make defense a priority in the draft and free agency. So yes, improvement could be forthcoming.

DanielPortz (@DnLPortz): Regarding the defensive line, will the Raiders try to improve significantly via free agency or via the draft? What would be your favorite FA addition on defense?

VB: Rams free safety John Johnson makes a ton of sense as he addresses a position of tremendous need, plus his presence would benefit young cornerbacks Damon Arnette and Trayvon Mullen and third-year strong safety Johnathan Abram. Given the Rams salary cap, there is a good chance he will be available. Bigger picture, the Raiders will tap into free agency, the draft and potentially even the trade market to improve the defense.

GA PeachFolded hands (@autumnwind1216): Do you know if there will be televised drills during Senior Bowl week?

VB: The practices and game will be relatively the same, although there will be virus protocols in place to help ensure the safety of players coaches, staff and media. The NFL Network will have one-hour Senior Bowl practice recap shows airing Tuesday, Wednesday and Thursday at 5 p.m. next week.

Also, the Review-Journal will be there with stories throughout the week.

Quasiraiders (LFGI) (@FractionTrois): With secondary as such a massive need this off-season, do you think the Raiders will look into someone like Richard Sherman to mentor the youth like Damon Arnette?

VB: That’s within the realm of possibility, although not at the expense of the playing time of Damon Arnette and Trayvon Mullen. Remember, Gus Bradley is bringing with him highly respected defensive backfield coach Ron Milus, who has a long history of development.

dozaa4_ (@joshdoza6): In your opinion, who should the Raiders target in the upcoming free-agent class? Also, do they keep Nelson Agholor and cut Tyrell Williams?

VB: The free agency question is predicated on availability. It’s still uncertain who will be available as teams could lock up potential free agents with contract extensions or franchise tags. That said, of the free agents that could hit the market, defensive end Yannick Ngakoue, defensive tackle Leonard Williams, and safeties John Johnson, Justin Simmons and Marcus Maye are all intriguing possibilities. As for wide receiver, Williams seems like a cap casualty while Agholor is well respected in the organization, which prefers to keep him. But of course, it has to make sense financially for both sides.