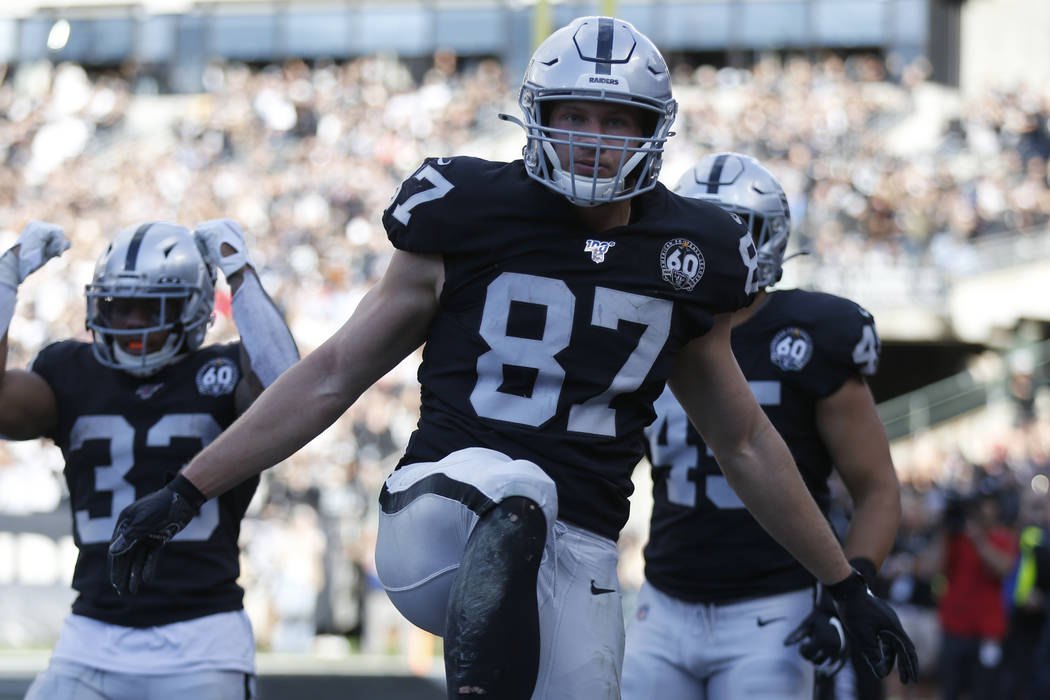 ALAMEDA, Calif. — Rookie tight end Foster Moreau will be out for the rest of the season with a knee he injured in Sunday’s loss to Tennessee.

Moreau suffered the injury making a reception in the third quarter when his right leg twisted awkwardly as he was pushed out of bounds. Earlier in the game, Moreau made his team-leading fifth touchdown reception to tie the game at 21 late in the second quarter.

“Can’t compliment the job he did enough,” Gruden said. “He came in here as as rookie and played good football for us and is going to be a big part of the Raiders’ future.”

Gruden said he was unsure if Moreau’s injury rehab would extend into next season, but he seemed confident that Moreau will eventually be back as a productive tight end.

“I don’t believe it’ll be anything that will keep him out of next year, but I’m not going to make any predictions,” Gruden said. “It’s a tough injury. He’s got a lot of rehab ahead.”

Moreau had been on the field for 46.5 percent of the Raiders’ offensive plays, with the club employing two tight-end sets. He’ll finish his rookie year with 21 catches for 174 yards.

Tight end Derek Carrier, who has contributed more on special teams, may increase his offensive snaps. The Raiders also have tight end Cole Wick on their practice squad.