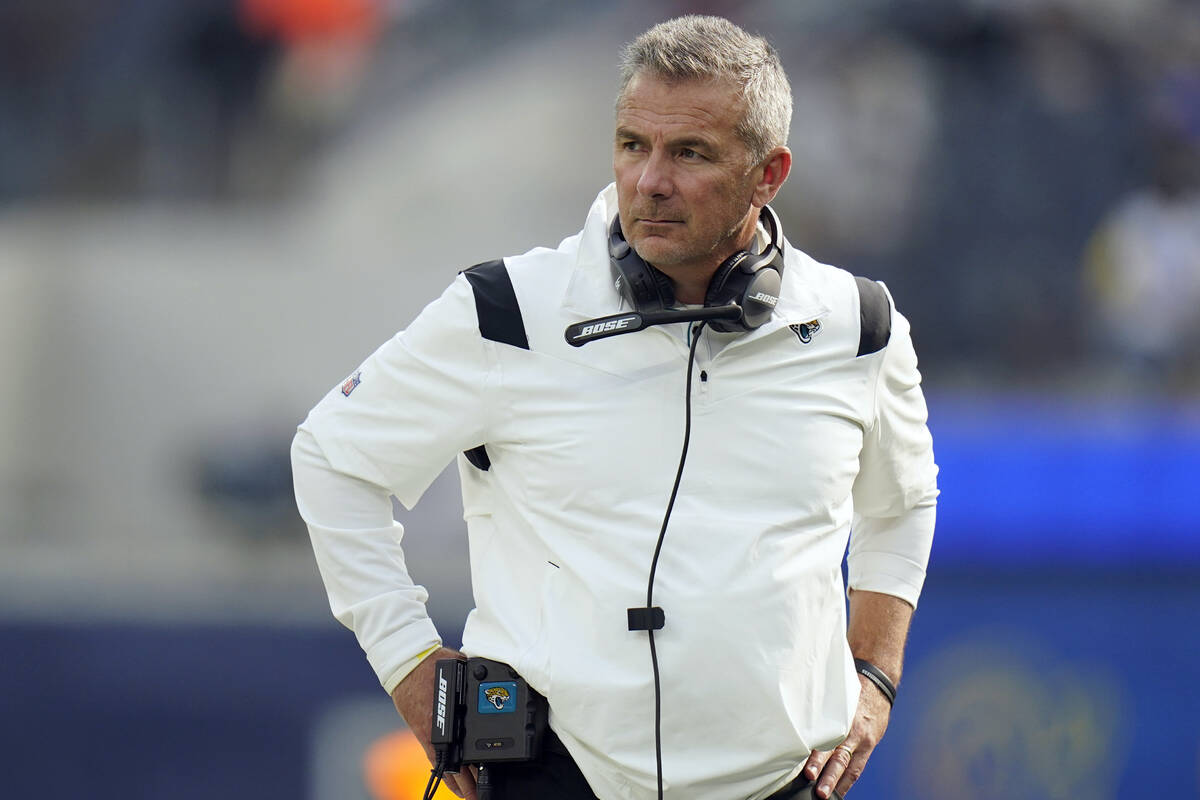 Should the Raiders decide as expected to move on from interim Rich Bisaccia and conduct a search for a full-time head coach, they suddenly have competition.

They will also have a window to conduct interviews sooner than in past cycles.

The league formally approved Wednesday a change in the timeline for when its teams are allowed to conduct head coach and general manager interviews.

Any team that no longer employs its head coach from the beginning of the season or has given notice to its coach that they will not be retained at the end of the season is now allowed to interview assistants from other teams over the final two weeks of the regular season.

Teams were notified of the change in October, but it didn’t formally pass a vote of the owners until Wednesday. It has been approved on a one-year basis.

The Raiders were the only team the rule applied to when the vote took place. Now they have company after the Jaguars fired Urban Meyer.

Other teams could soon join the mix.

The Bears were rumored to have informed Matt Nagy he would be fired just before Thanksgiving. While he has stayed on the job, it’s difficult to imagine he’s brought back for the 2022 season.

Minnesota may have a more difficult decision to make with Mike Zimmer. The Vikings have been competitive throughout his tenure and have a chance to sneak into the playoffs again this season, but the number of strange and inexplicable losses continue to mount.

They also lost to the Lions this season.

Speaking of Detroit, there could be a chance the Lions dismiss Dan Campbell after one season. It would seem an overly harsh fate for a coach who wasn’t given much to work with and has kept his team close in a lot of games this season. Odds are he will be back.

The Giants’ organization appears to be on board with Joe Judge, but is likely to fire general manager Dave Gettleman. It’s possible a new administration could have a different view of the team’s head coach, though ownership will likely look for someone who can work with Judge.

Vic Fangio’s seat is perpetually warm in Denver. His fate could be determined by how the Broncos close out the final four games of the season, which includes a visit to Allegiant Stadium.

There are also outside possibilities for change in Seattle and Carolina.

So the Raiders will have some competition for the top candidates, it’s just not yet clear how much.

Owner Mark Davis recently said he hadn’t started to think about the process of hiring a new coach. It’s still possible the Raiders make a late run to the playoffs and decide to reward the current staff.

But the clock is ticking if the Raiders don’t want to fall behind. The process can begin on a more formal level in just more than two weeks.

While the Raiders’ job is considered attractive, there are drawbacks.

The next coach is going to have to deal with an uncertain quarterback situation with Derek Carr entering the final year of his contract and will be competing with Patrick Mahomes and Justin Herbert in the AFC West for the foreseeable future.

Jacksonville, for example, has a much clearer path to the postseason in a more winnable NFC South with less certainty at the quarterback position for the rest of the division.

Chicago and Jacksonville also have developing star quarterbacks in Justin Fields and Trevor Lawrence who were selected in the first round last year. That could be an appealing draw for a new coach.

The biggest selling point for the Raiders, outside of the tradition and prestige, is Las Vegas. It’s among the best places to live of any city in the league, and the team’s new stadium and facility are both huge draws.