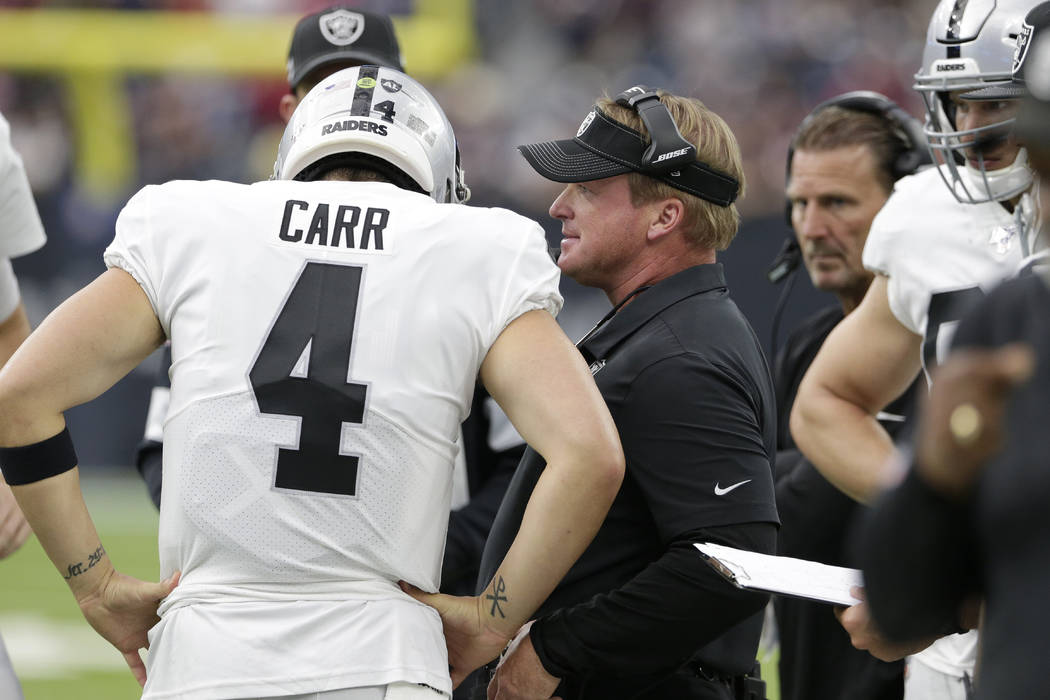 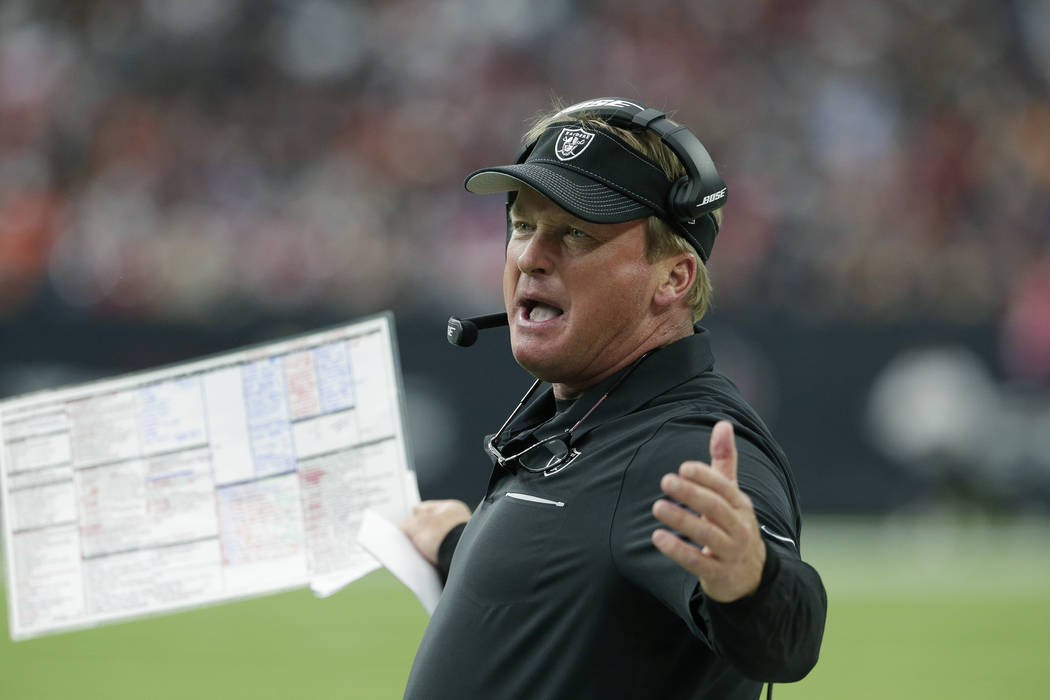 Oakland Raiders head coach Jon Gruden during the first half of an NFL football game against the Houston Texans Sunday, Oct. 27, 2019, in Houston. (AP Photo/Michael Wyke) 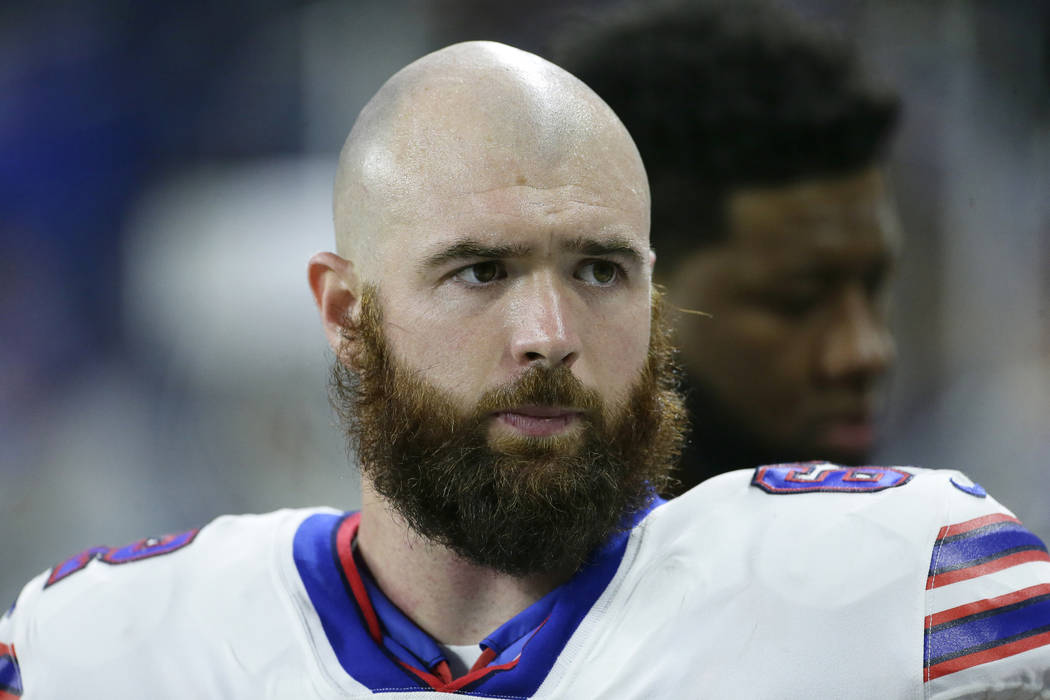 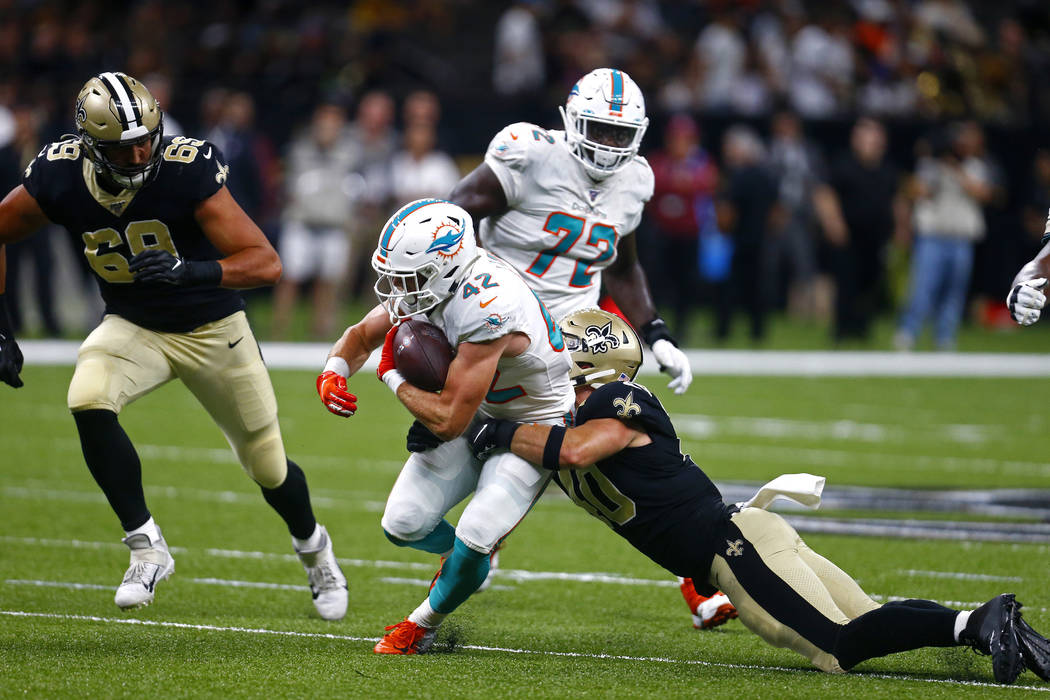 Miami Dolphins running back Patrick Laird (42) carries against New Orleans Saints inside linebacker Will Compton in the first half of an NFL preseason football game in New Orleans, Thursday, Aug. 29, 2019. (AP Photo/Butch Dill) 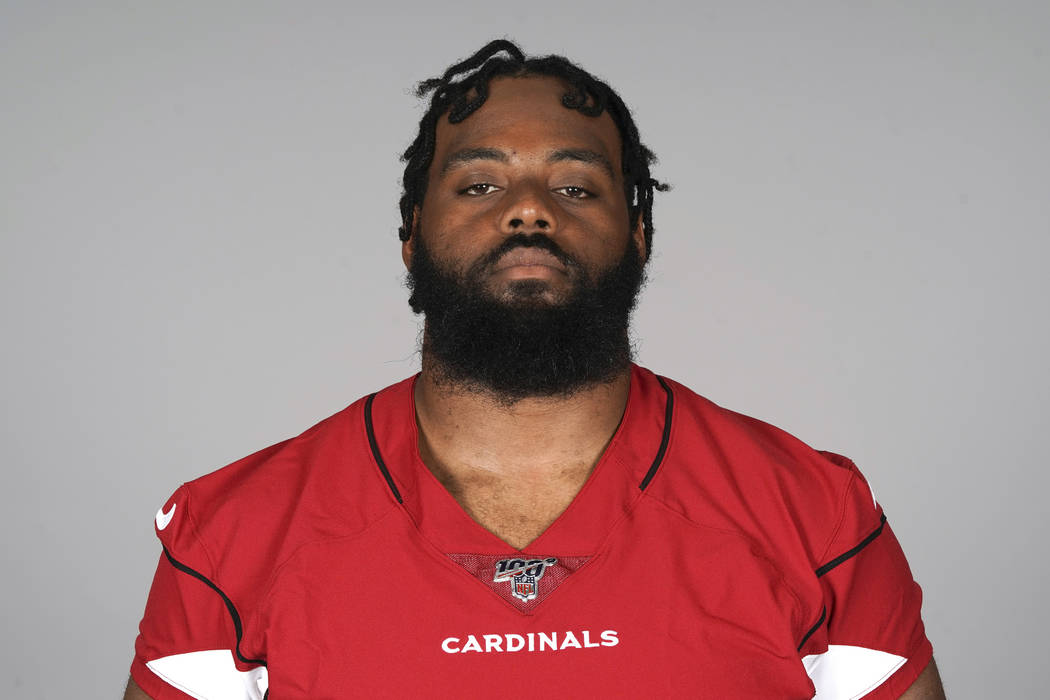 ALAMEDA, Calif. — The rest of the AFC West coaches might want to avoid putting on a costume and showing up at Raiders coach Jon Gruden’s house for Halloween on Thursday. They probably would receive more tricks than treats.

“I think every team in our division should have the opportunity to go on the road for six weeks,” Gruden said after practice Wednesday. “Somebody had the great idea for us to do it. I think everybody ought to do it next year.”

Gruden said he was just having a little fun with the situation, but it wasn’t the first time he has expressed frustration with a schedule that saw the Raiders open at home for two games before spending six weeks without a game at Oakland-Alameda County Coliseum.

“It was tough,” Gruden said of a stretch that will end Sunday when the Raiders host the Detroit Lions. “It was particularly tough because they weren’t close trips. They were overseas trips, cross-country trips. It was a challenge, but it allowed our team to bond and spend some time together. We benefited from it. I was really proud of how our guys competed.”

Quarterback Derek Carr agreed that the trip was good for bonding, even if it was far from an ideal way to spend the first half of the team’s final season in Oakland.

He also knows it will make Sunday even more special when the Raiders take the field at home for the first time in almost 50 days. Their last home game was a loss to Kansas City on Sept. 15.

“It’s going to be rowdy, I know that,” Carr said. “I think our fans miss us, and we miss them. We need a home game. We need to see each other, that’s for sure. I can’t wait to come running out that tunnel and see our fans.”

The 30-year-old out of Nebraska has played 68 games, including 35 starts, with the Redskins and Titans in a seven-year career. He was released by the Saints after training camp this season.

Magnuson, a Michigan product, made three starts and played in eight games for the 49ers the last two seasons and spent the first half of this season on the Bills’ practice squad.

The Raiders needed depth at the position with Rodney Hudson and Andre James dealing with ankle injuries.

McClain was a third-round pick of the Panthers in 2011 and also has spent time with the Patriots, Texans, Cowboys, Redskins, Falcons and Chiefs. He played in two games with Kansas City this season. The South Florida product has 129 tackles and 7.5 sacks in 89 games.

“We like McClain,” Gruden said. “He played for my brother in Washington and was a really good one-gap player for the Cowboys in 2016. We think he fits the 4-3.”

“Corey just had some lingering bouts with his health, and we needed to get one more big body in here that can perhaps help us,” Gruden said.

Allen, who was featured on Netflix’s “Last Chance U” during his stint in junior college, was a seventh-round pick of the Rams this year. The Raiders signed him off the Rams’ practice squad in September, and he appeared in two games on special teams.

Gruden said he hopes that fourth-round draft pick Isaiah Johnson will be ready to play next week when the Raiders host the Chargers on “Thursday Night Football.”

“We’re excited to see him play,” Gruden said of the cornerback. “We think he’s got big upside.”

Running back Josh Jacobs (shoulder) and wide receiver Tyrell Williams (foot) were limited. Both were limited last week but played in Sunday’s 27-24 loss at Houston. Linebacker Tahir Whitehead was limited with an arm injury.