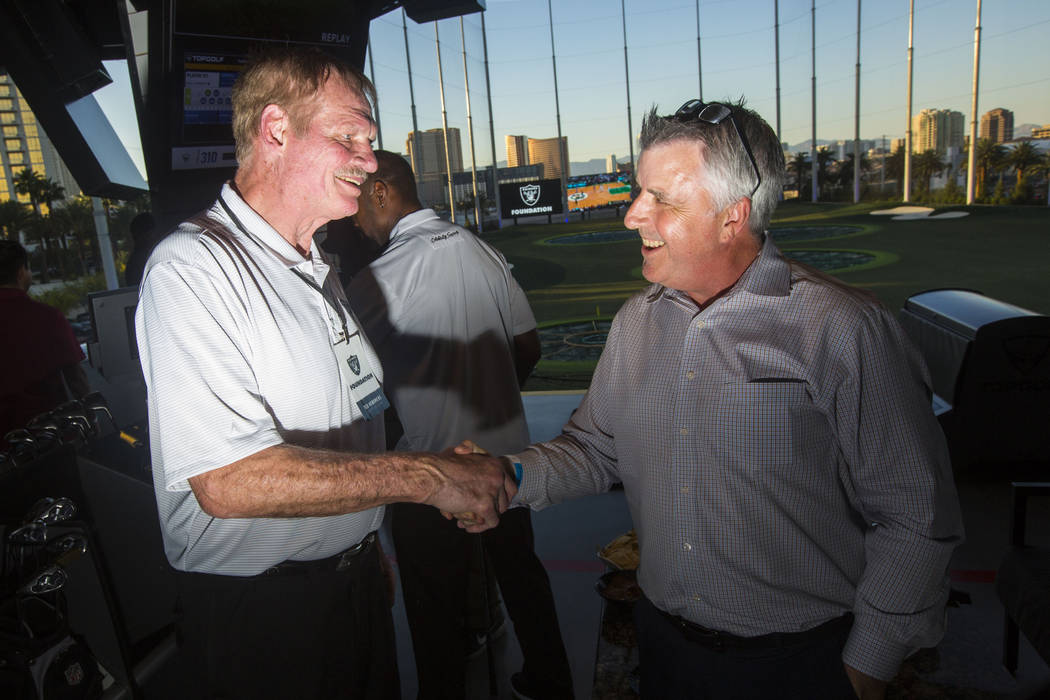 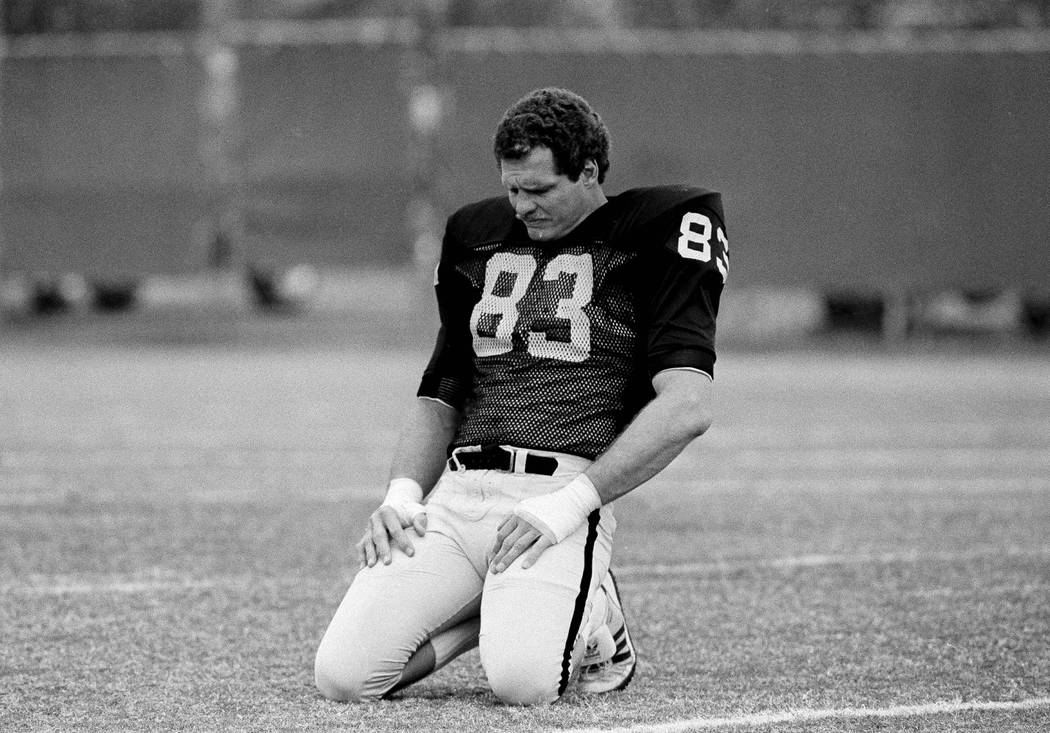 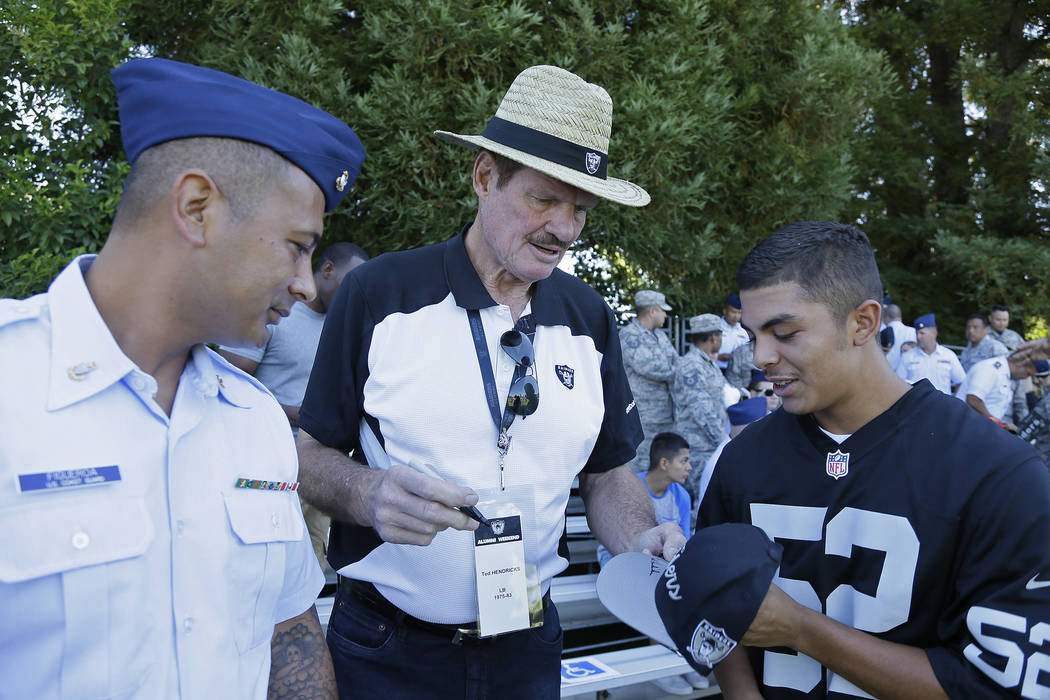 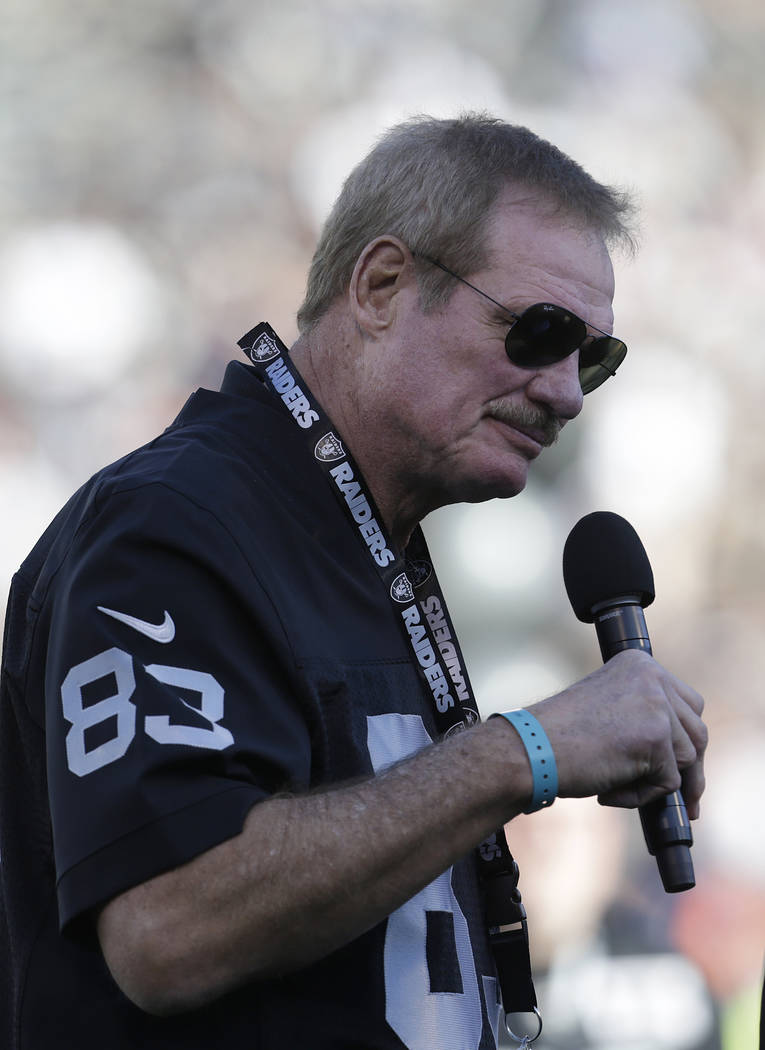 Former Oakland Raiders linebacker Ted Hendricks speaks during a ceremony honoring the 1983 Los Angeles Raiders, which won the Super Bowl, during halftime of an NFL football game between the Oakland Raiders and the Denver Broncos in Oakland, Calif., Sunday, Dec. 29, 2013. (AP Photo/Tony Avelar) 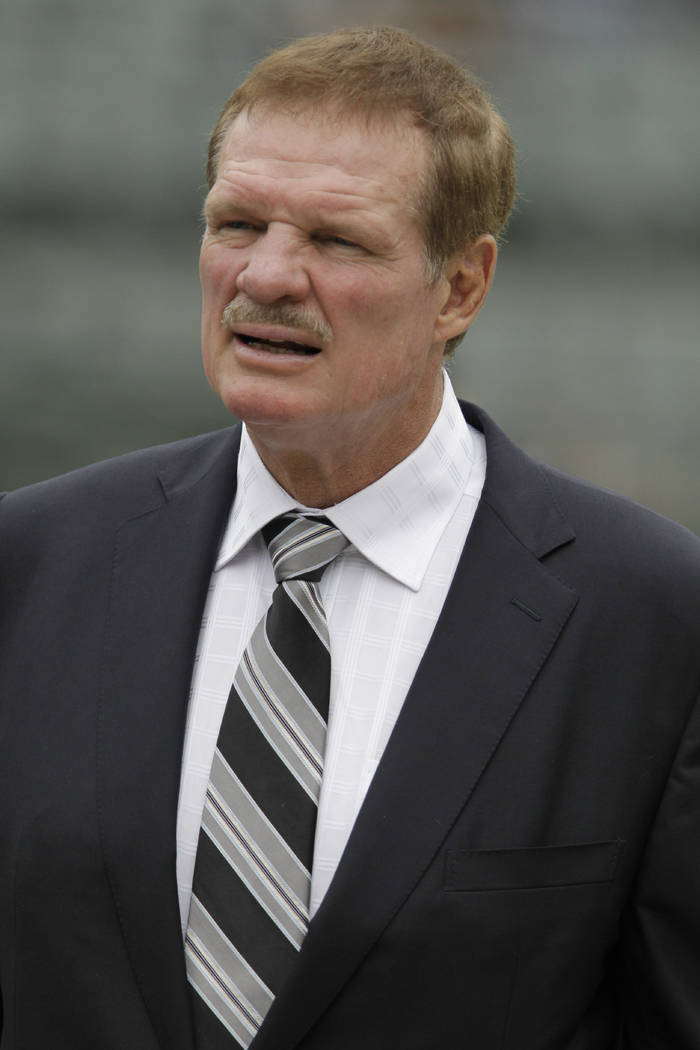 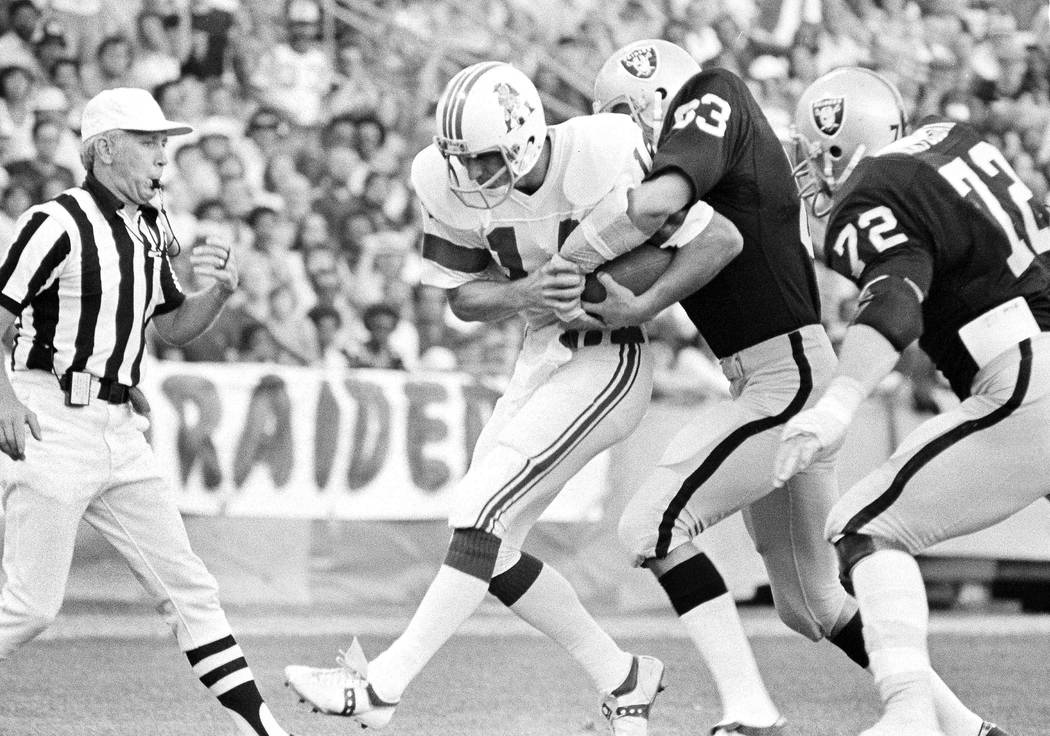 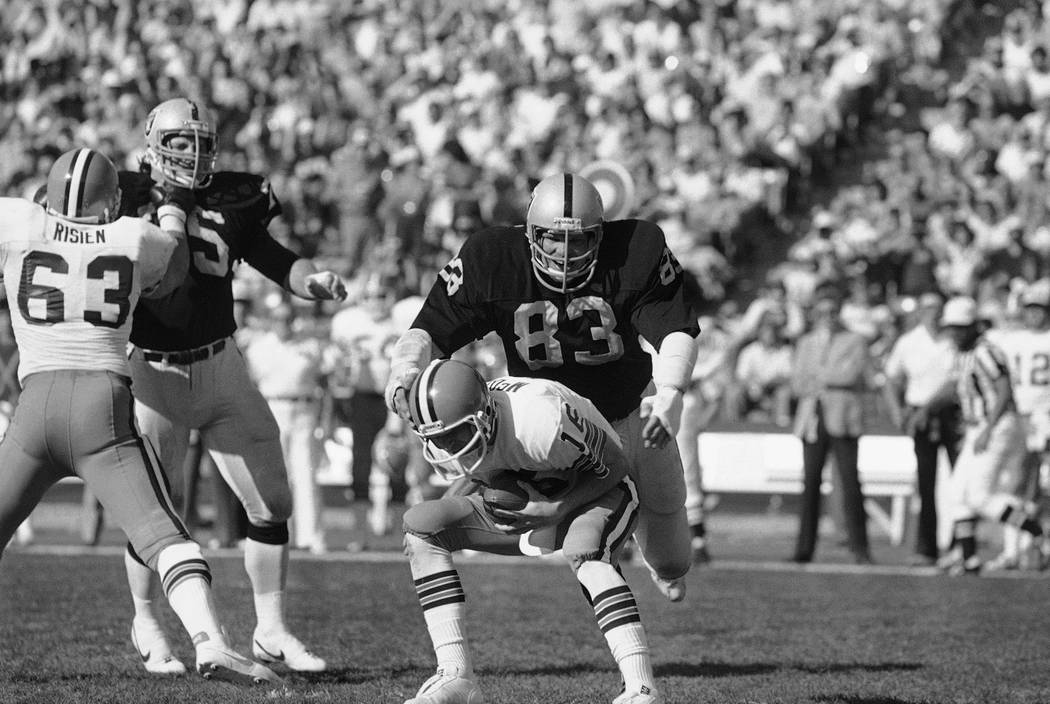 He was one of only two players, along with running back Walter Payton, also to be named to the all-1980s first team.

Hendricks had that kind of sustained greatness in a storied career that spanned 15 seasons, including nine with the Raiders in Los Angeles and Oakland, where he was part of all three of the franchise’s Super Bowl-winning teams.

“The Mad Stork” left just as big an impression with his teammates off the field as one of the most offbeat characters of the era.

“He probably lives in his own space and his own time,” late former teammate Lyle Alzado said in an NFL Films piece on Hendricks. “Very strange human. Very strange.”

There are tales of Hendricks showing up at a particularly hot training camp practice with his own lawn chair, table and a pitcher of margaritas. Another story involves hiring an exotic dancer to strip down on the practice field and take two laps to help break the monotony of camp.

“I just do what I feel like doing,” Hendricks said in a video honoring him as one of the 100 greatest players in NFL history. “As long as I don’t interrupt anybody or hurt anyone, that’s how I feel about it.”

Hendricks may have marched to the beat of his own drum, but his mind was one of his biggest weapons on the field.

“He’s one of the smartest guys I’ve ever been around,” Long said in a NFL Films production. “In business, in television, in football. Ted would come in on Monday morning hung over, or maybe just a continuation of the night before, and we would put up film of the next week’s opponent. Ted would sit there half-awake and call out the play they were going to run before they ran it.”

Once Hendricks diagnosed a play on the field, there was a good chance he was going to blow it up.

The 6-foot-7-inch, 220-pounder didn’t have prototypical size for a linebacker. The Baltimore Colts drafted him in the second round out of Miami in 1969. He was a defensive lineman in college, but once the Colts decided to try him at linebacker, his career took off.

He made eight Pro Bowls and was part of four Super Bowl championship teams. He was named to the NFL’s 75th anniversary and 100th anniversary teams while placing No. 82 on the 100 Greatest Players list.

“Ted Hendricks was, in my mind, if not the best outside linebacker, the most complete outside linebacker to ever play,” Long said. “Coverage, pass rushing, intelligence, playing the run, the whole nine yards.”

Hendricks, who also proved his durability by playing in 215 straight games in the NFL, is the namesake of the award for the best defensive end in college football. He was the first player to be named a first-team All-American three times in college.

Now 72, he works on behalf of former players with the Hall of Fame Players’ Association and does charity work.