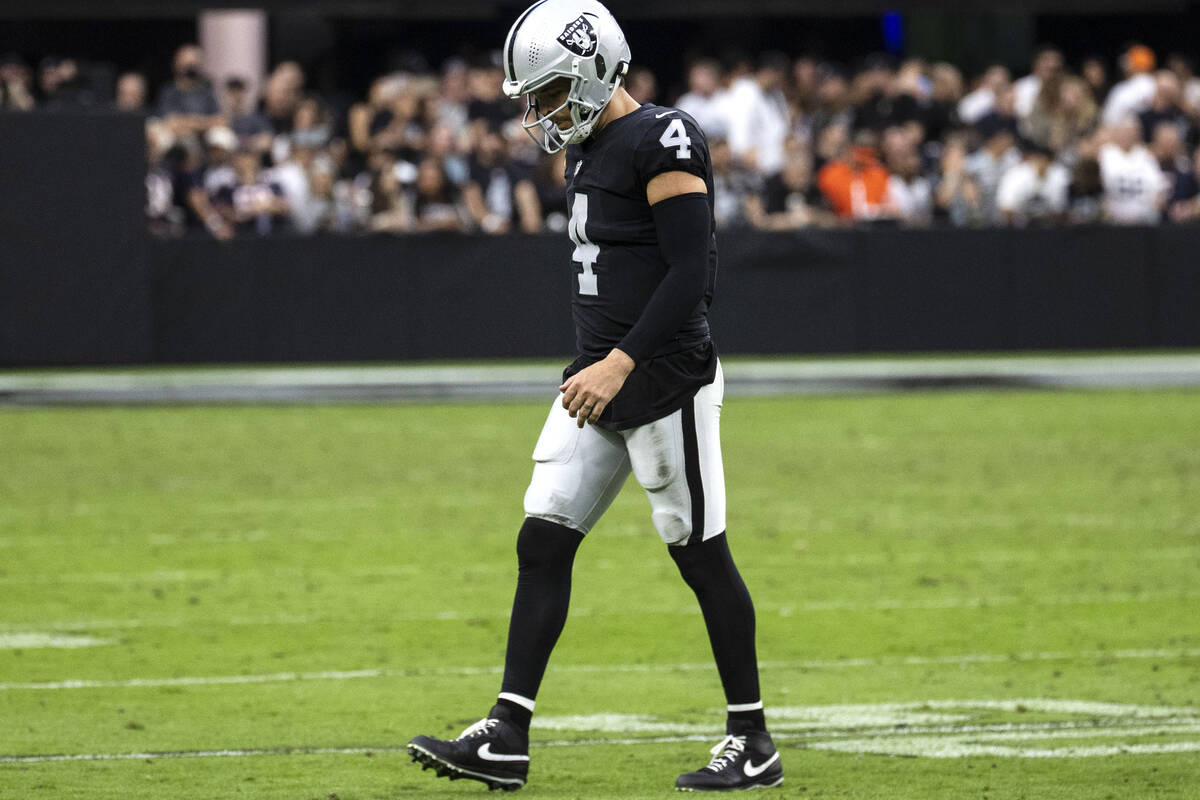 Raiders quarterback Derek Carr (4) walks off the field during the first half of an NFL football game against the Chicago Bears at Allegiant Stadium, on Sunday, Oct. 10, 2021, in Las Vegas. (Bizuayehu Tesfaye/Las Vegas Review-Journal) @bizutesfaye 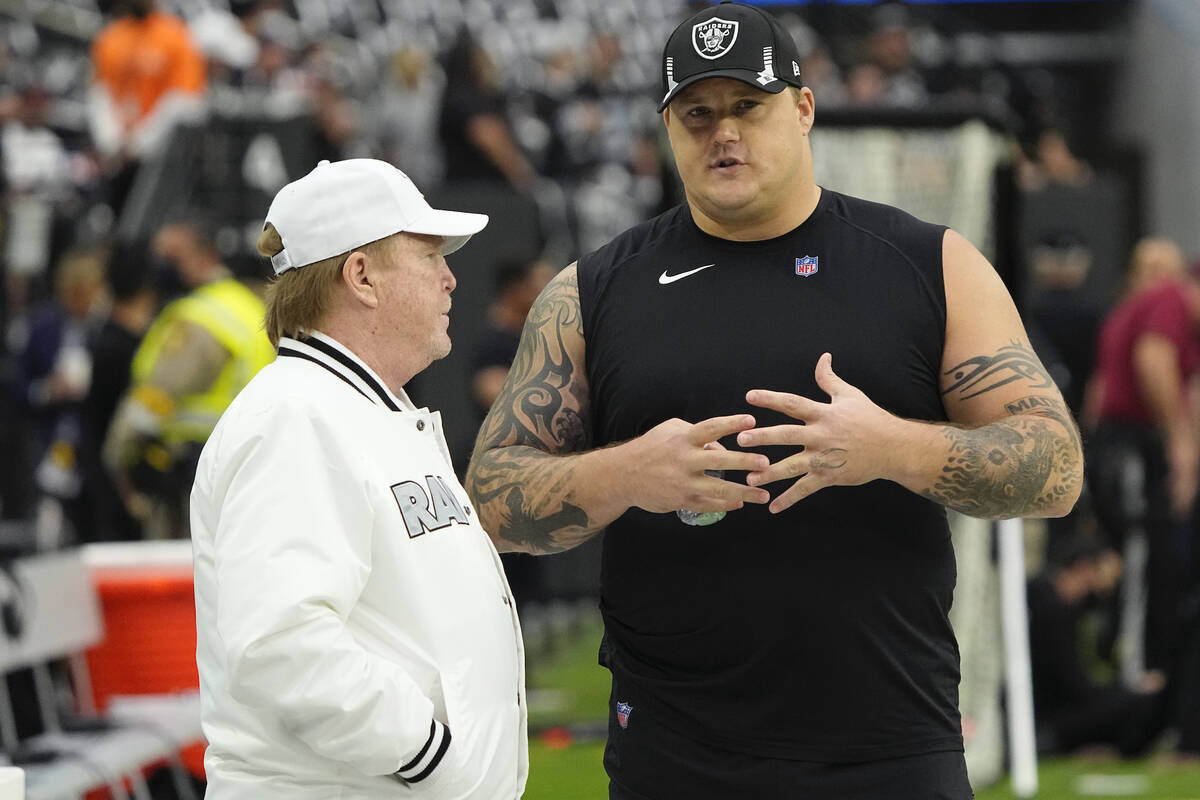 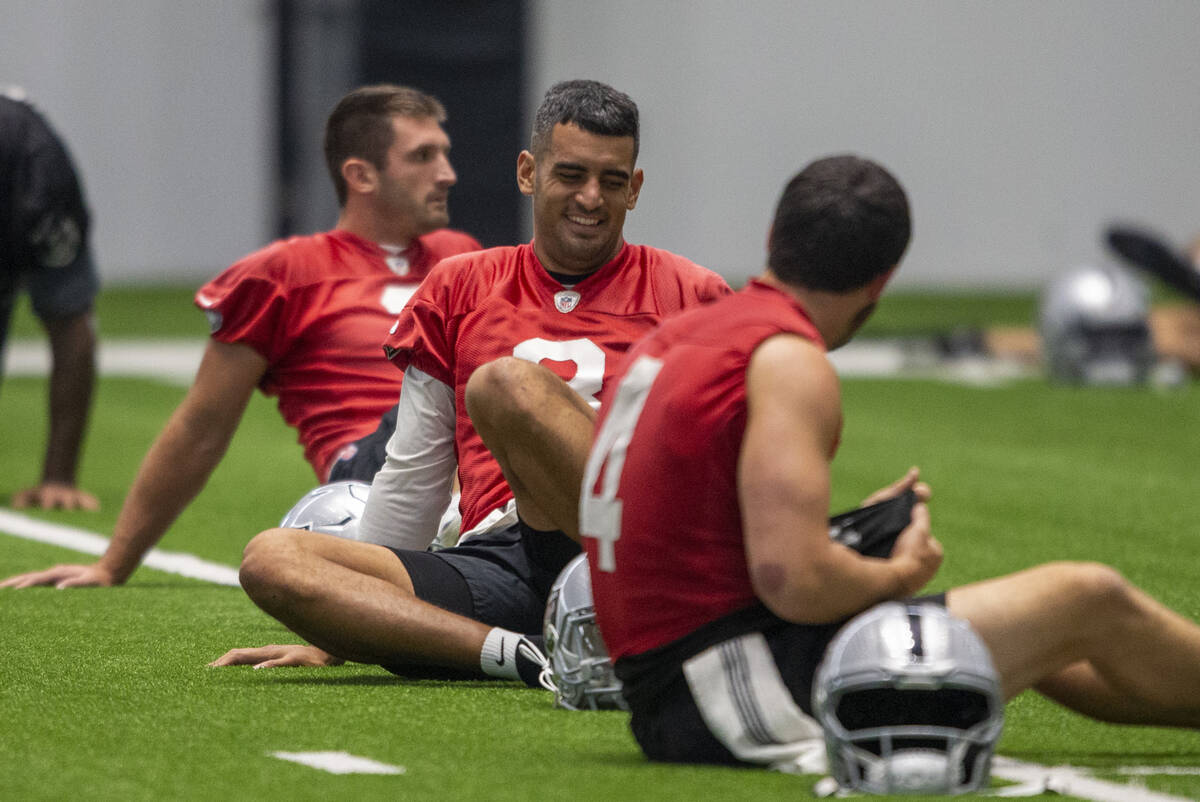 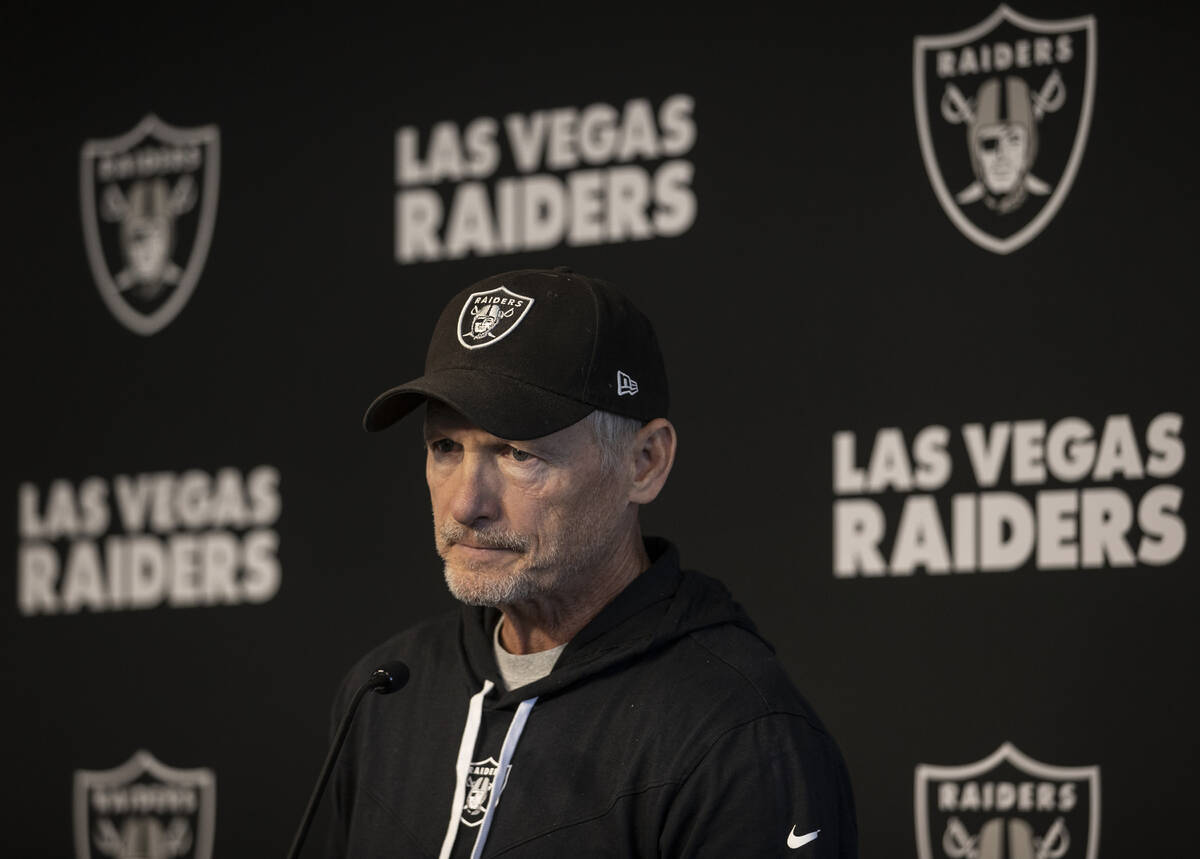 It has been an eventful week for the Raiders, to say the least, and understandably their fans have tons of questions.

Here is a sampling of what showed up in this week’s mailbag:

Josh “FargoRaider” Maldonado (@FargoRaider27): Will Derek Carr have true autonomy at the line to call plays based on what he sees? Or will he be given a preset list of checks? And if so, will he get to set the list of checks?

VINCENT BONSIGNORE: The sense is Carr will gain a little bit more freedom with Jon Gruden no longer controlling the offense. Carr and Greg Olson, the offensive coordinator and new play-caller, have a great relationship. So it’s fair to assume they will collaborate on the game plans and, certainly, the play-calling.

As a result, expect some changes, including the Raiders shifting a bit in run/pass and pass/run order. Gruden was stubborn in that regard, and sometimes to the Raiders’ detriment relative to his insistence on running in short-yardage situations. With Olson now in charge and Carr having a bigger voice, expect to see a little more flexibility in those situations.

Oscar Garcia (@OGARCIABIGO420): When is Richie Incognito coming back?

VB: Before resigning, Jon Gruden indicated that Incognito’s quad injury was improving and that the Raiders were targeting a return after their bye week. If so, that would put Incognito back on the field Nov. 7 against the New York Giants.

There is no doubt the Raiders can use their veteran left guard. His absence has taken away a level of physicality and leadership that the club was heavily counting on this year. That’s especially true given how they were starting a brand new center in Andre James and a rookie right tackle in Alex Leatherwood.

some guy (@UAP_in_the_sky): Can you give us an update on Marcus Mariota’s health?

VB: The Raiders’ dual-threat backup quarterback returned to practice this week, although his status for Sunday’s game against the Denver Broncos remains in question.

Mariota flashed his importance on his only play from scrimmage this year — a 31-yard-run on a third-down play in the season opener against the Baltimore Ravens. Mariota re-injured his calf on the run, and he’s been on the shelf ever since.

That absence has been severely felt on short-yardage situations, where the Raiders had carved out a role for Mariota. If he’s healthy, expect Mariota to resume a role in those situations.

VB: Yes, the sense is he will speak to the media. Not doing so, yet, really isn’t all that surprising or confusing. The sense is, this whole situation hit Davis hard, as Jon Gruden was someone he considered a friend as well as the face of his franchise and the leader of his football operation. The suddenness of all this — and the manner in which it all unfolded — has understandably left him reeling, personally and professionally. There is a lot to digest as a result.

Once Davis sorts through his thoughts and feelings and emotions, the expectation is he will speak to the media. Raiders fans deserve as much.

Andre Principe (@dreprincipe): What do you make of that 51/49 comment from Mark Davis in describing Mike Mayock’s part of the decision-making process? Should we assume that Mayock had a bigger hand than expected and ultimately made the call on players like Cle Ferrell and Damon Annette?

VB: For now, it’s fairly moot. The roster is set. No big decisions are looming. Any tinkering that happens will be a collaborative effort among Mayock, interim head coach Rich Bisaccia and the rest of the staff.

Where it all changes is the offseason during the draft and free agency. At this point, there is no sense of who will still be here from the current staff.