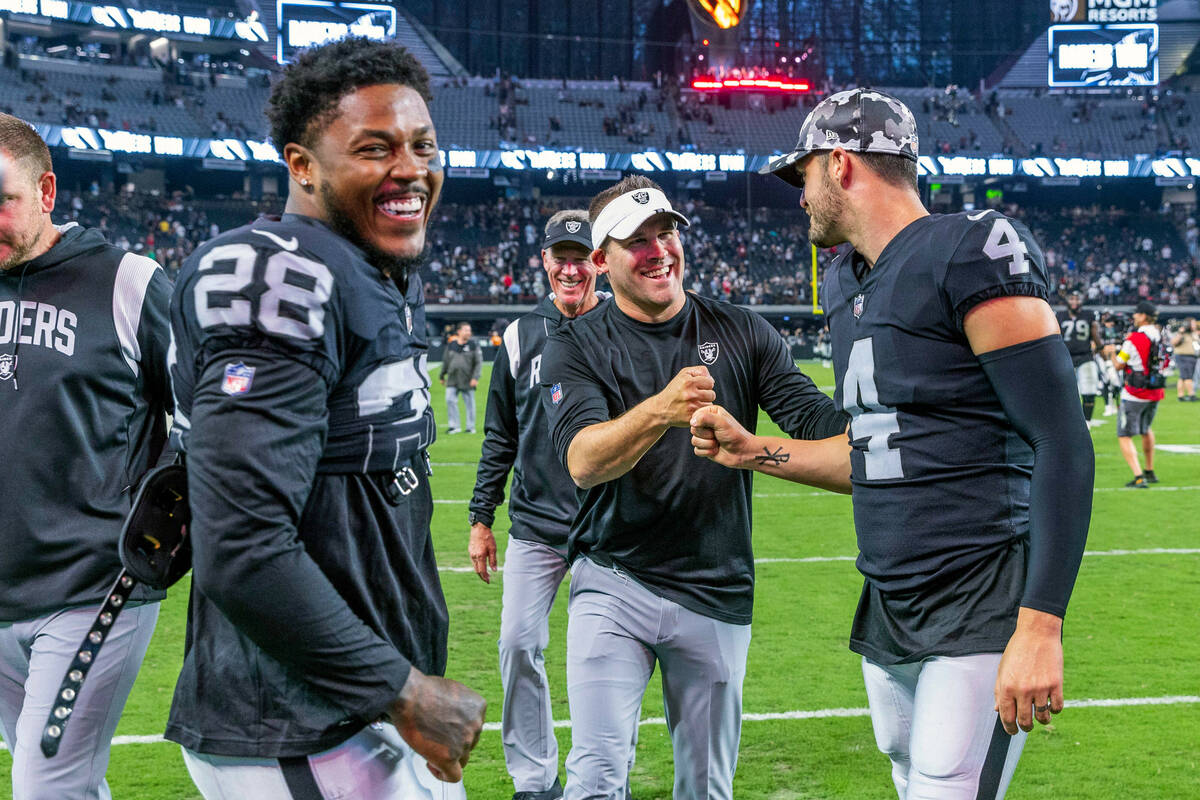 Raiders running back Josh Jacobs (28) smiles as Head Coach Josh McDaniels celebrates with quarterback Derek Carr (4) on the field after the second half of their NFL preseason football game at Allegiant Stadium on Friday, Aug. 26, 2022, in Las. Vegas. (L.E. Baskow/Las Vegas Review-Journal) @Left_Eye_Images 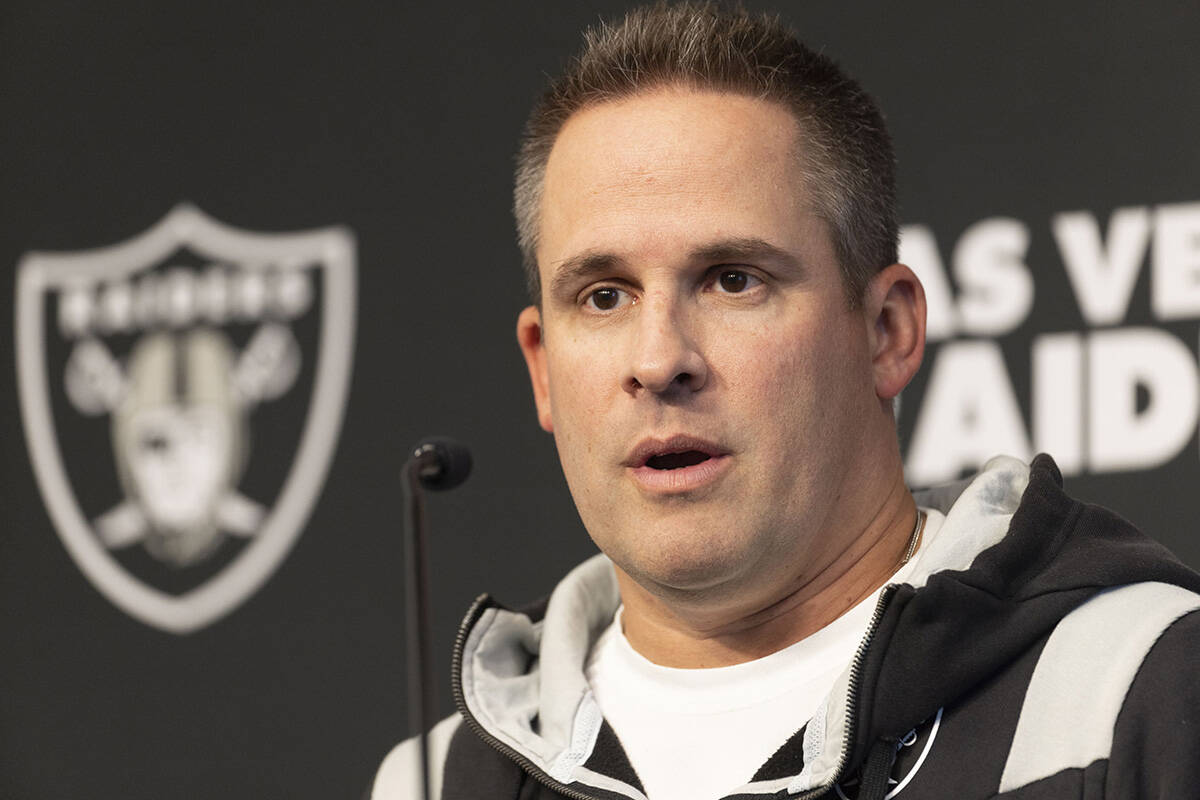 It would be easy for Raiders coach Josh McDaniels to open his extensive playbook and unleash on the Chargers more than two decades of offensive brilliance.

Easy but not smart.

As a result, when the Raiders take the field at SoFi Stadium on Sunday in their season opener, expect a condensed version of McDaniel’s playbook.

Yes, the Raiders have been gradually installing McDaniel’s offense since organized team activities in April, with most of the heavy lifting in training camp. And while the work has been extensive, the weight of McDaniel’s playbook is so extensive that mastering it in six months is virtually impossible.

So instead, the Raiders have commanded a portion of the playbook to comfortably go into Sunday’s game. One that also fits their plans against the Chargers,

Anything more would have been reckless.

“We should only, and we will only do, what we’re ready to do,” McDaniels said.

And as the weeks go on, keep adding to that.

“You never start where you finish, and I feel confident that our players know what we’re about to ask them to do,” McDaniels said.

The chase to master a playbook that helped the Patriots win six Super Bowls is certainly ongoing. But the Raiders are honest enough to admit that simply doesn’t happen in a short period. It only takes a few conversations with McDaniels to understand they still have a ways to go.

“As a competitor, you want to say you’ve got it on Sunday,” wide receiver Mack Hollins said. “But I think our standard is Josh is someone who has been in it for 20 years. That’s where we want to be. Are any of us there yet? No. Are we on our way there? Yeah, absolutely. So there’s always, every week, every day, an opportunity for us to get better with the playbook.”

And to use their coach as an example of what complete command is supposed to look like.

“Josh could close his eyes and tell you a play, and he’ll know the formation and who is probably going to be there, just because he has been in it so long,” Hollins said. “Versus us, we may have to think about something a little longer. If we can get to that level, if that’s the standard and we keep chasing that, we’ll be really good as an offense.”

That doesn’t mean the Raiders don’t have enough of a foundation for Sunday. The point of mastering enough of the playbook to put together a competitive game plan has been the goal all along.

“We’ve had a good week of practice so far,” McDaniels said. “I know they’re focused, and their energy is in the right place. Adjustments are always a part of opening day. We’ll start with the plan we have in place and then we’ll change course if we need to.”

Where that ultimately gets them Sunday remains to be seen. The Raiders have too much talent and too many veterans to expect any prolonged struggles, even while working from a condensed playbook. It’s why anticipation and expectations are at a decadeslong high.

Nevertheless, the Raiders have done their best to build a wall between themselves and the talk about them.

“Based off if you look at the roster, there is the expectations on the outside,” receiver Davante Adams said. “But as far as what we’re doing, we’re just trying to lock in and do the best we can do with what we got. And we’ve done a good job at managing that and kind of blocking out the outside noise.”