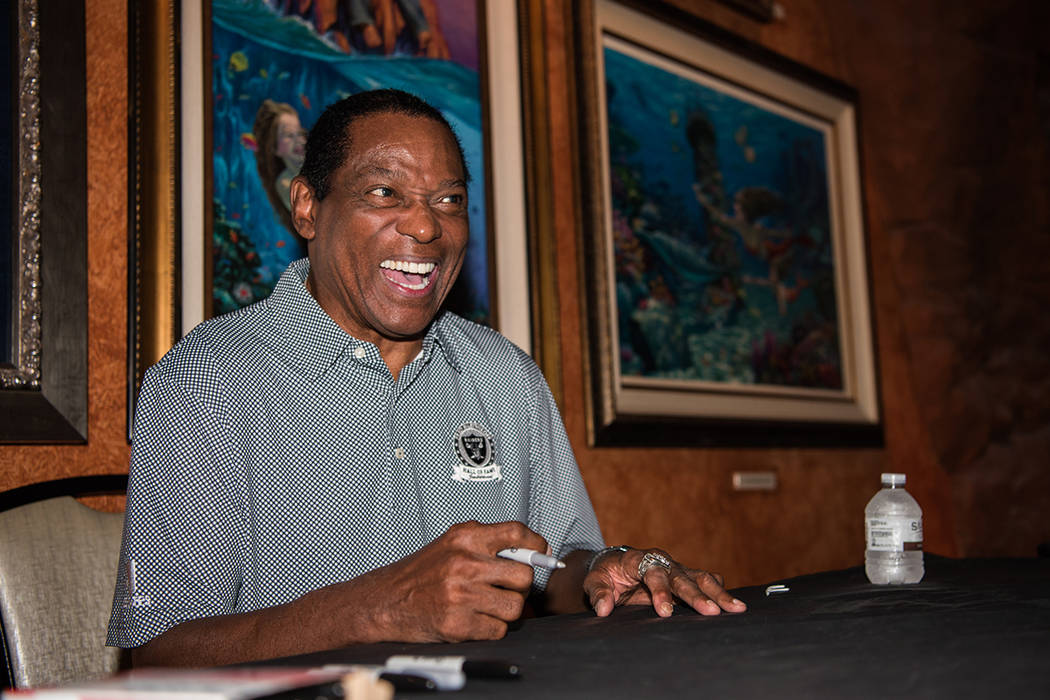 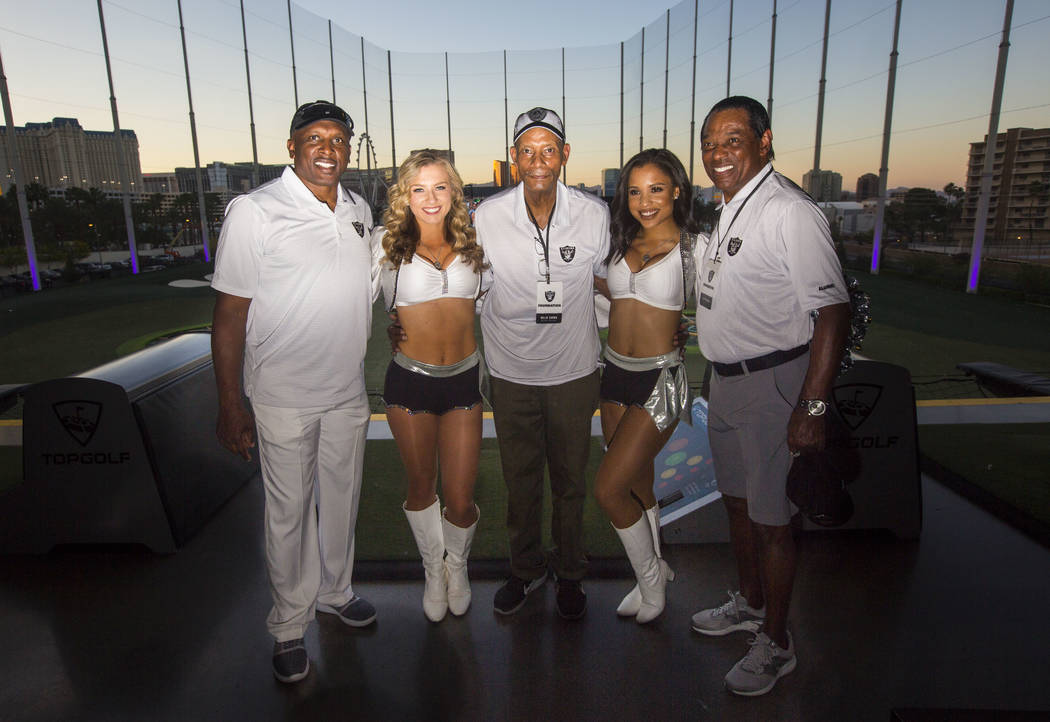 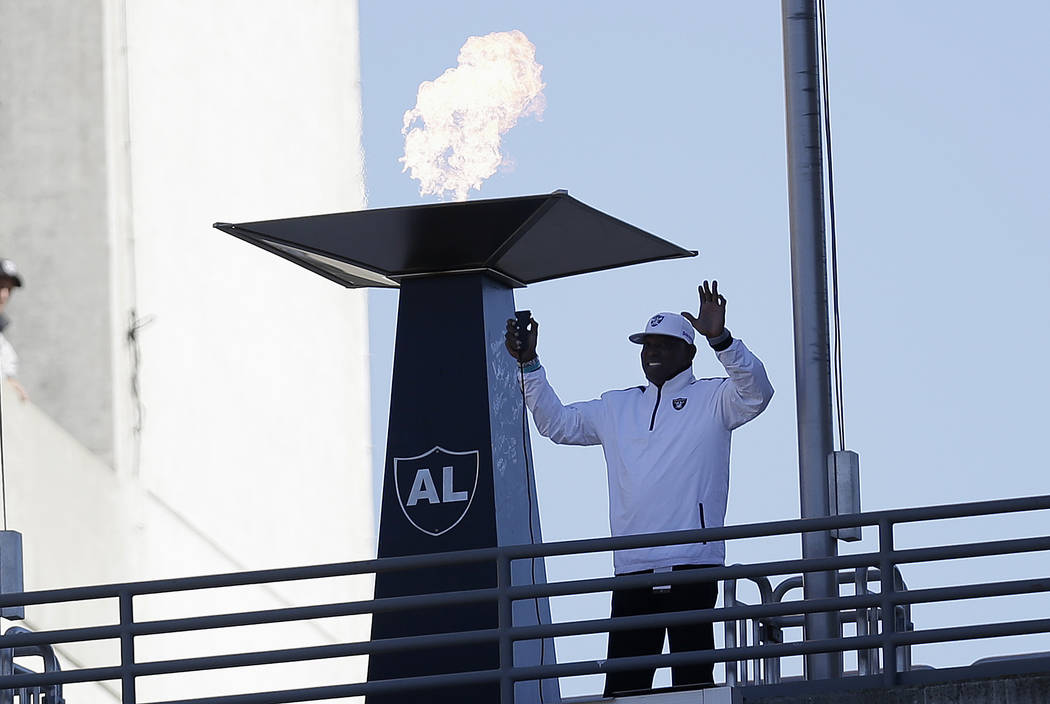 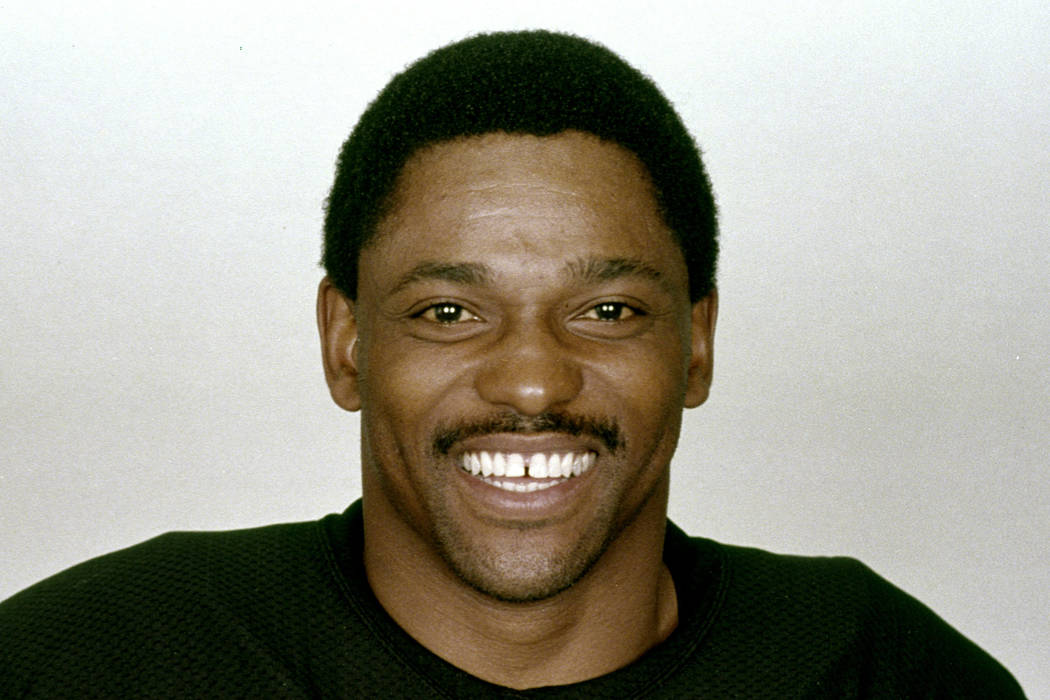 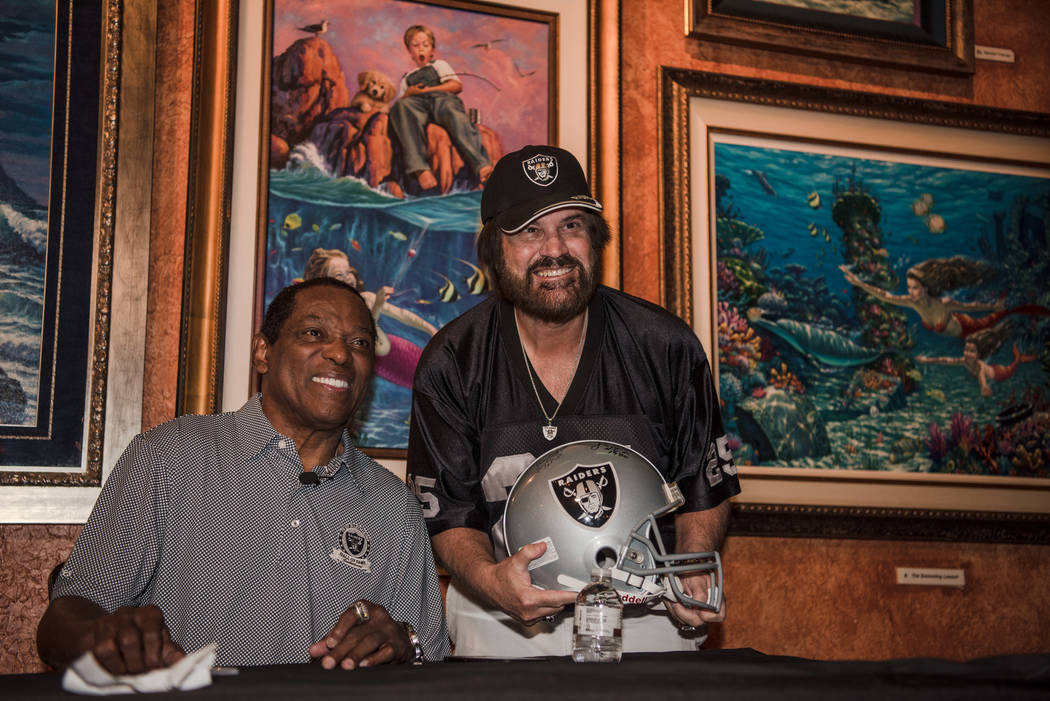 Cliff Branch, a former wide receiver for the Raiders, takes a photo with Art Cook at the Mermaid Lounge at Silverton hotel-casino on Saturday, Sep. 9, 2017, in Las Vegas. Morgan Lieberman Las Vegas Review-Journal

NAPA, Calif. — High school teacher Daryl Ford was sitting in his “Raiders Room” at home when he heard the news of legendary wide receiver Cliff Branch’s death on Saturday night.

The 62-year-old immediately glanced up at the autographed photo of Branch, Fred Biletnikoff and Ken Stabler while reflecting on his beloved franchise’s glory days.

“He meant so much to us,” Ford said while attending Sunday’s practice at the team’s training camp facility. “He was a great Super Bowl hero. I’ve met him on several occasions. When I heard the news, I just looked at that photo and thought about him for quite a while. He was definitely an all-time great Raider and person.”

It was Family Day on Sunday at Raiders camp with players inviting their children and significant others out for lunch and leisure time on the fields after practice to celebrate the theoretical midway point of training camp.

The occasion also provided an opportunity for the franchise to mourn the loss of one of its own.

Quarterback Derek Carr eschewed the traditional red noncontact jersey to practice in a white No. 21 shirt in Branch’s honor. Wide receiver Tyrell Williams, who has only been part of the organization for a few months, followed suit. Linebacker Vontaze Burfict wore a black No. 21 jersey for practice and defensive back Lamarcus Joyner changed into a throwback Cliff Branch jersey for Family Day activities after practice.

Edgar Bennett and Rich Bisaccia were among the assistant coaches paying tribute to Branch through their choice of attire. Head coach Jon Gruden says he thought about it as well, but instead chose to wait until later in the day.

“I’d like to just acknowledge we’re going to miss Cliff Branch,” he said in an opening statement when he met with reporters after practice. “Terrible loss for the Raiders and for football and everyone that knew him. A bunch of our players paid tribute to him today and our prayers are with him and his family. That’s a big loss for us.

“He’s a good friend of mine and has been over the years and a good friend of everybody’s. I never saw Cliff Branch when he was down. He was always upbeat. Great player. I think our players have a good respect for who he was.”

The coaches showed film of Branch, one of the league’s most prolific deep ball threats, during a team meeting.

“The crazy catches he was making (really stood out),” rookie running back Josh Jacobs said. “He was making these tough catches that most people can’t. That’s what I took from it.

“(Gruden) just stressed family and team as family and paying homage to the people that came before you, especially the greats and (Branch is) one of the greatest receivers to not be in the (Pro Football) Hall of Fame right now. We also study a lot of the older guys, and he was around practice talking to people so we have players that actually have relationships with him. It’s just a tragic situation.”

Jacobs, like all of his teammates except for Richie Incognito, wasn’t yet born when Branch was helping lead the Raiders to their only three Super Bowl titles and posting a staggering 17.3 yards per catch over a 14-year career spent exclusively with the franchise in both Oakland and Los Angeles. But players quickly learn how much the Raiders embrace their past.

There is hope the sport will recognize Branch’s impact in revolutionizing the deep passing game as well. The former sprinter at Colorado died as yet another NFL Hall of Fame class was inducted without him on Saturday.

Gruden believes that should change.

“The guy never (missed) a game, three-time Super Bowl winner,” Gruden said. “Possibly one of the top three or four deep receivers I’ve seen play. I think he should be in, but that’s for another day.”

The Hall of Fame will induct a 20-member Hall of Fame class for its centennial celebration in 2020, posthumously providing Branch his best chance yet to get in.

Ford, a fan since the team’s inception in 1960 who tries to educate his students in nearby Stockton about what the Raiders have meant to him and the community of Oakland, hopes to hear Branch’s name called.