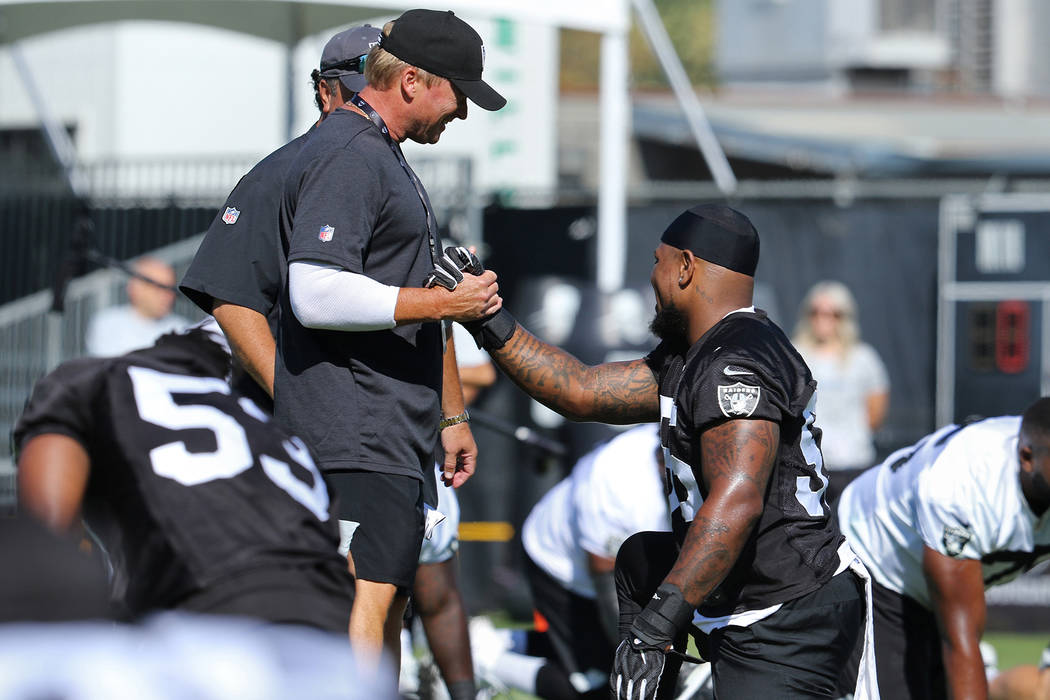 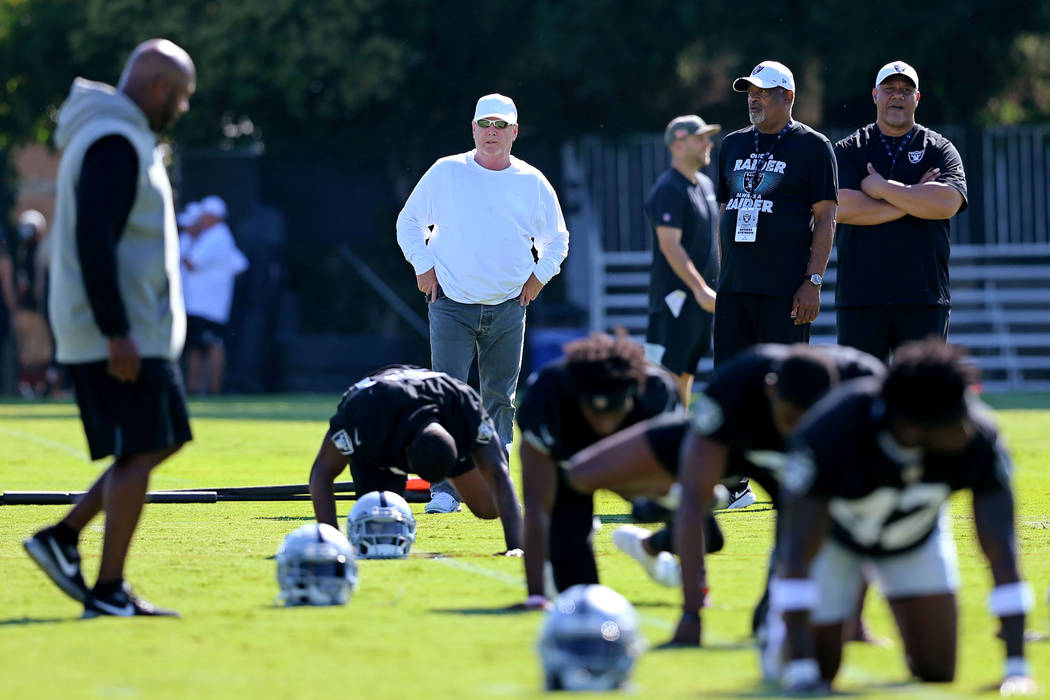 NAPA, Calif. — The Raiders plan to exercise their option to hold training camp in Napa next year, and barring the emergence of a new location, they are expected to seek a new agreement that would allow them to continue practicing here in summers to come.

This stance stems from the NFL club doing what it believes is in its best interests as a football team, two Raiders officials said Thursday.

One official, team owner Mark Davis, spoke on the record. He said that he’s open to a camp location distinct from Napa — sites in Reno are among the alternatives explored — upon finding a location that can distinguish itself from it. That is difficult to find, he added, citing such factors as the current hotel’s proximity to the practice field, various amenities on the grounds and overall atmosphere of wine country.

The Raiders have held training camp in Napa since 1996.

Team activities are based at the Napa Valley Marriott and adjacent Redwood Middle School fields.

“I feel like in Napa we have one of the best training camp facilities in the National Football League,” Davis said in a phone interview from Las Vegas. “By far. … It’s just a great environment. Obviously, we’re looking at other (sites), but personally, I love Napa, and I don’t see a problem.”

One person with significant influence on the Raiders’ future camp whereabouts is coach Jon Gruden.

How he views Napa carries significant clout as the person overseeing the football product.

The Raiders continue to look into locations elsewhere. Last year, a small contingent evaluated three options in the Reno area. None, however, was concluded to be viable.

One such site, UNR, would feature an overlap between the Raiders’ camp practices and those of the Wolf Pack football team.

Also, Davis said he wants to do more research on how Reno’s altitude could impact training.

A UNR spokesperson said the school had no comment.

Additional sites might be reviewed in Reno and Tahoe, California.

“I don’t think we’ve found one yet that is totally feasible,” Davis said. “That doesn’t mean (one) can’t be found.”

Napa training camp has become a rite of passage for active and retired Raiders players.

More than 100 alumni recently attended Alumni Weekend. On Sunday, franchise greats Lester Hayes and Mike Haynes addressed the defense on the field for about five minutes during practice. On Wednesday, for the 20th straight year, the team will dispatch a group of alumni to Veterans Home of California-Yountville, interacting with veterans of World War II, the Korean War, Vietnam War, Gulf War and the War in Afghanistan.

The team has hosted some of its Las Vegas sponsors in Napa since camp opened last week and “they really enjoyed it,” Davis said.

“I really don’t know what the future holds,” he said. “But right now, I think we have the best situation possible in the National Football League.”

There are drawbacks to staying in Napa after the team moves to Las Vegas.

Without traffic, the town is more than an hour commute to the nearest major airport. A long drive and short flight would be required for the Raiders to travel to any Las Vegas home preseason games. The Raiders could be lured by a camp site close to an airport. Holding training camp in Las Vegas is not considered a serious option; it is the organization’s long-standing preference to hold camp outside of its home city.

“I think, almost for sure, we’ll be in Napa next year,” Davis said. “We do have an option for one more year there. … If there was something, again, that was better than what we’ve got, then we’d consider it. It’s all about the football team.”

4
3 takeaways from Raiders’ win over Broncos