If you are having problems accessing today’s e-Edition, please click on this link VIEW E-EDITION
Maxx Crosby, Kolton Miller and the team's offensive and defensive coordinators weighed in on how pivotal the final game of the season is for them in a must-win situation to make the playoffs. (Heidi Fang/Las Vegas Review-Journal) 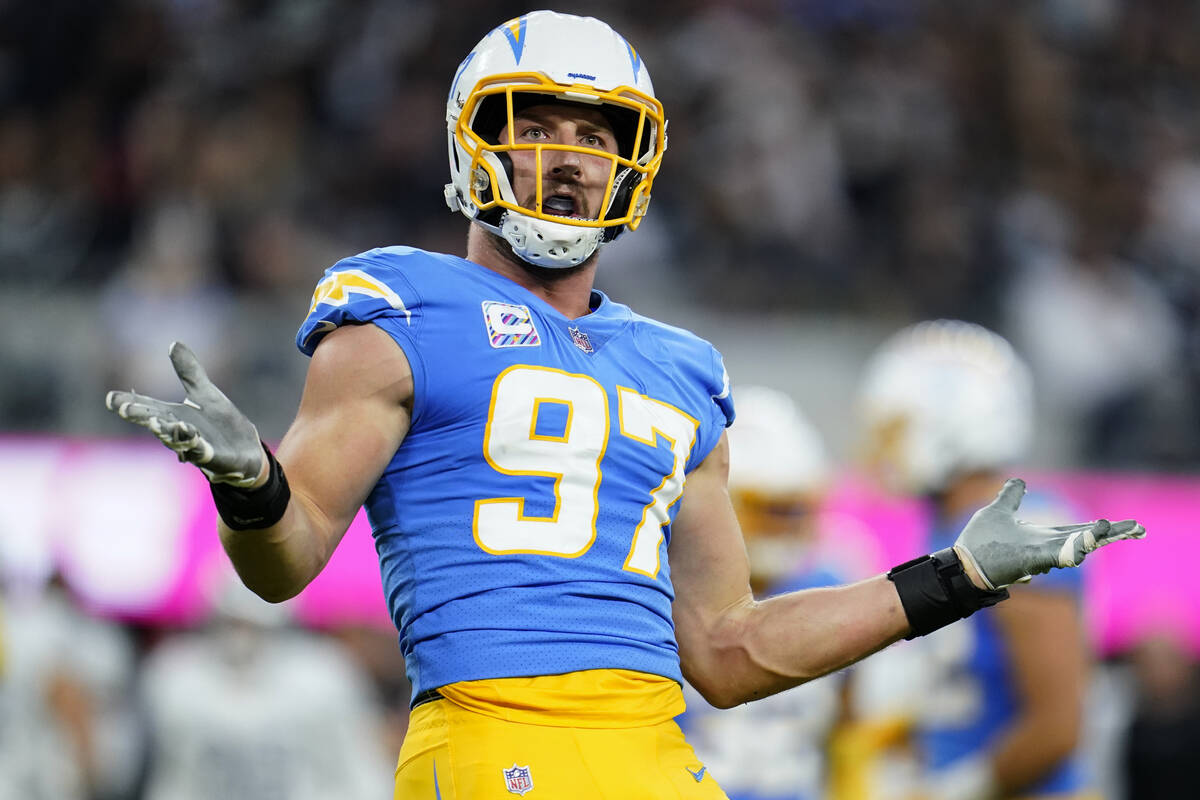 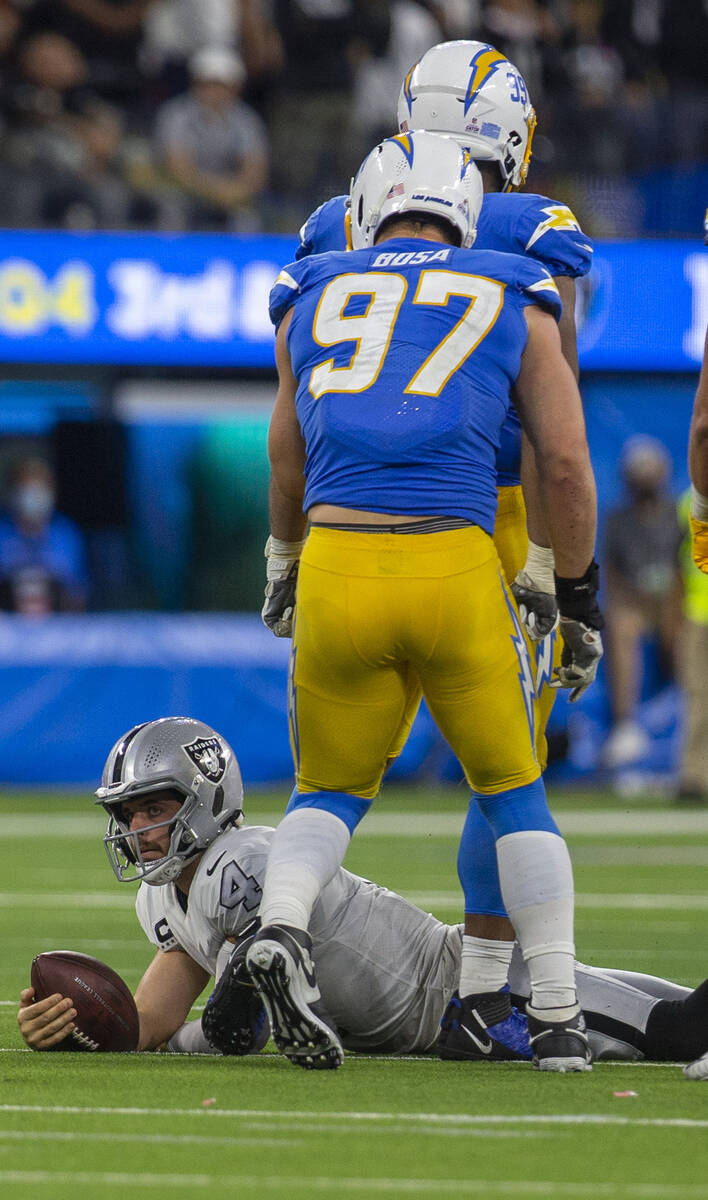 Chargers edge rusher Joey Bosa said after a win over the Raiders in October that Derek Carr “gets shook” and “shuts down” when he’s under pressure.

While Carr admitted at the time the comments bothered him, he insisted this week that Bosa’s words are far from his thoughts while the teams prepare for a high-stakes rematch on Sunday at Allegiant Stadium.

Bosa was asked about his comments on Thursday.

“I’m a fan of him,” Bosa said of Carr. “I think we get along. I was just pointing out something that I noticed. When he gets pressured, he seems to shut down a little bit. Seems like a lot of quarterbacks do that. He’s one of the top passers in the league.”

Raiders’ offensive coordinator Greg Olson, a confidant of Carr, did his best to bury the issue on Thursday.

“It’s completely out of his mind,” Olson said of Carr. “We talk about our winning routine during the week and part of that is not worrying about outside noise. You focus on your preparation throughout the week and that’s it. Your prep can’t be based on what happened in the previous game or what was said or how you played. It’s a new week, new team, one that we played before, but they’ll have a new game plan and so will we.”

Star tight end Darren Waller got in another limited session during Thursday’s walkthrough session, which was a good sign that his body reacted well to Wednesday’s limited session.

Offensive coordinator Greg Olson is pleased to have his best weapon back on the field.

“We’ll get a chance tomorrow to see where he’s really at, but he’s our premiere player and has been really for the time he’s been here,” Olson said. “I think the guys on the offensive side of the ball and even the defensive side would agree with that. He’s our best player, another strong leader in the huddle and on the field. We’d be real excited if he’s ready to go on Sunday.”

Running back Josh Jacobs was also limited by a rib injury for a second consecutive day, as were safety Tre’Von Moehrig (shoulder) and linebacker Denzel Perryman (ankle). Center Nick Martin and wide receiver DeSean Jackson returned to full participation after getting rest days on Wednesday.

Ten players were listed as full participants despite nagging injuries.

The Raiders placed linebacker Marqel Lee on the reserve/COVID-19 list on Thursday.

Veteran Will Compton, who was released on Wednesday, announced he had re-signed with a team to take Lee’s spot on the roster.

“I’m back,” Compton posted on his social media accounts.

Defensive tackle Kendal Vickers is the only other player on the COVID list for the Raiders. He has been there since Dec. 29.

The Raiders’ offensive line endured its share of struggles early in the season, but has shown considerable improvement since then.

It’s one factor in the success the team has had both late in the season and late in games. The Raiders have won three straight games and have five last-minute victories on the season.

“We’ve had a lot of two-minute situations and when they happen we don’t feel any extra pressure,” left tackle Kolton Miller said. “We’re confident in our ability and you can feel that totally from (Derek Carr). He’s one of the best in the league when it comes to that and that reassures us. We’re always up to the challenge.”