Watch as the Raiders hold the team's last practice before traveling to Miami to take on the Dolphins for a preseason week 2 game. (Cassie Soto/Las Vegas Review-Journal) 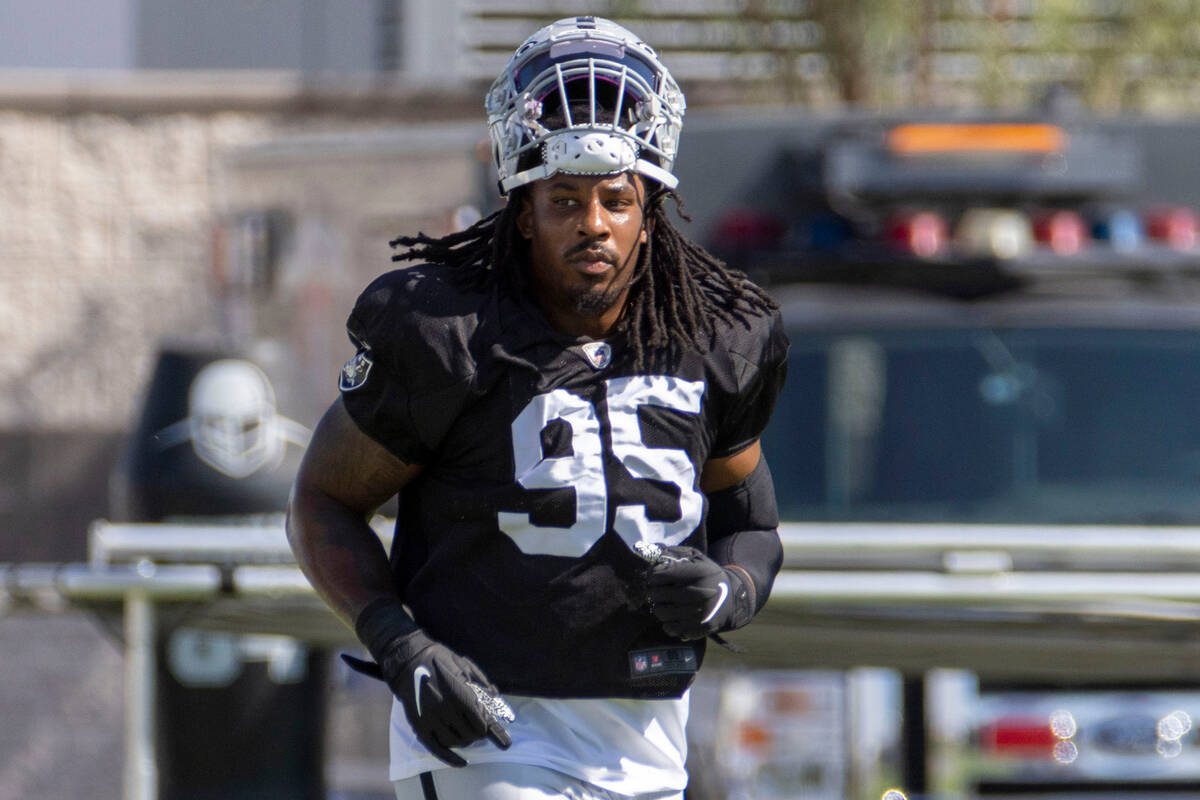 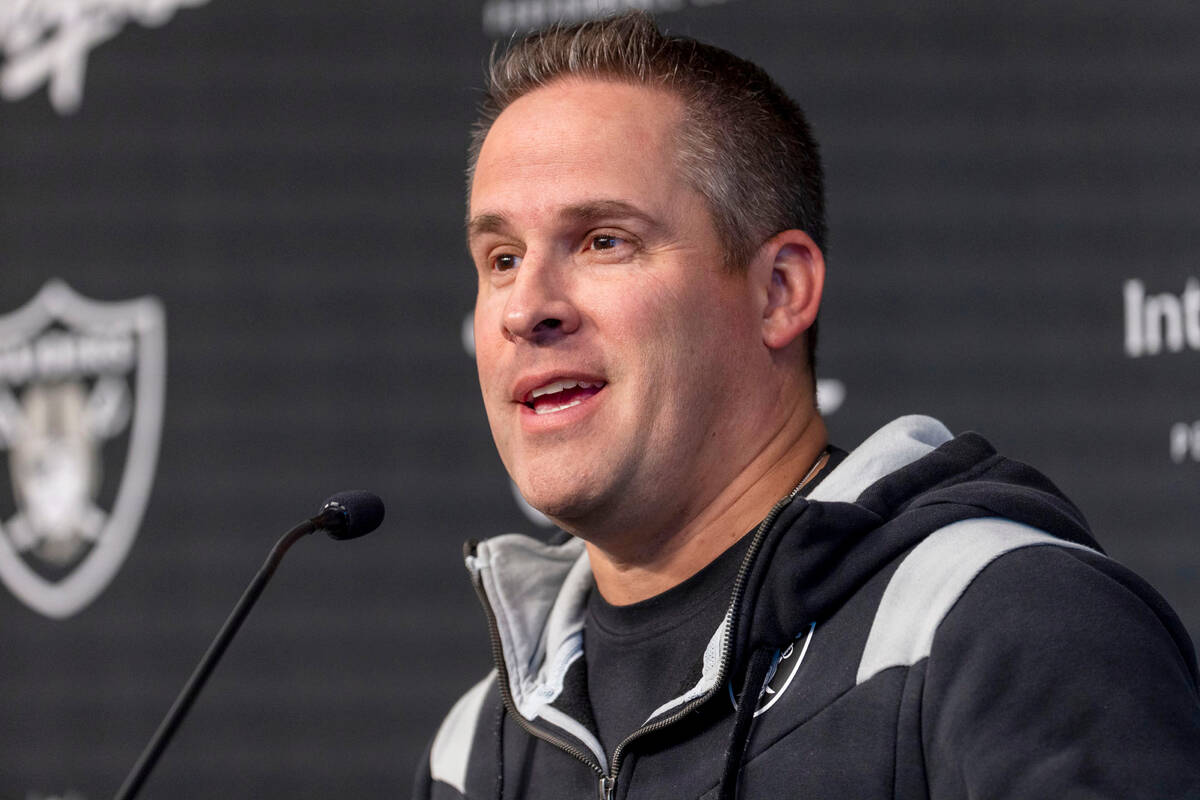 The Raiders’ defense responded to a challenge from coordinator Patrick Graham with an outstanding practice on Thursday.

Led by star defensive end Maxx Crosby, the unit wreaked havoc on the offense by controlling the line of scrimmage and turning pressure into deflections and turnovers.

“(Graham) said it’s time to pick it up a notch and get our hands on the ball,” cornerback Amik Robertson said. “That was our mindset to not only compete and have a great day, but also get those turnovers. Those change games, and Patrick Graham is looking for ballhawks, so that’s what we have to do each and every day.”

Nate Hobbs had the top play of the day when he intercepted a Derek Carr pass and returned it for a touchdown. But it was Crosby who consistently blew up plays and often let everyone within shouting distance know about it.

That was nothing new for his teammates.

“Maxx doesn’t change,” defensive tackle Kendal Vickers said. “I see the same Maxx every day and you’ve got to match his energy. It’s crazy. You’ve seen it. He’s always running around and it seems like he doesn’t get tired. And if he does, he’s lying because he makes everyone else look slow.”

Of course, the offense has had plenty of success throughout camp. That should come as no surprise with the collection of talent the Raiders have assembled at the skill positions. Robertson said having players like Carr, Davante Adams and Hunter Renfrow to go against in practice every day has been beneficial for the defensive backs.

“We have a very competitive group and those are two of the best receivers in the league,” he said. “It’s always a great opportunity to go against those guys every single day.”

After making an appearance at practice on Wednesday, tight end Darren Waller was once again absent on Thursday. He had been out since July 30 with a reported hamstring injury before getting in the limited session.

Running back Josh Jacobs and linebacker Denzel Perryman remained out. Both players have been out a week.

Cornerback Trayvon Mullen practiced for the second straight day, along with defensive tackles Bilal Nichols and Johnathan Hankins, who had all been on the Physically Unable to Perform list since the start of camp.

McDaniels said he was pleased with how all of them were handling their rehab and remaining engaged in the film room even as they couldn’t take reps on the field.

“It was great to see all those guys come back,” coach Josh McDaniels said. “We kind of limited everything we’re doing with them as we re-integrate them into the practice process.

“It would be too soon for me to say exactly where we’re at after a few reps yesterday, but just looking forward to watching these guys continue to grow and play because they’ve missed some opportunities.”

Linebacker Kenny Young was released by the Raiders on Thursday, the team announced. The move was made to clear roster space for defensive end Jordan Jenkins, who signed on Wednesday.

Josh McDaniels had an easy answer on what has been the most pleasant surprise of training camp thus far.

“The weather,” he said with a smile. “The fact that it hasn’t been 115 degrees every day.”

It wasn’t just a silly remark. The unusually wet weather has kept temperatures down and made the desert summer less oppressive than McDaniels expected in his first season with the Raiders. He had said at the start of camp that any practices that started later in the morning would be moved inside, but those plans have been altered.

“I know that’s a non-football answer, but the reality is we’ve heard about it a lot and talking to the people that have been here, my take is this is a unique last three weeks here,” he said.