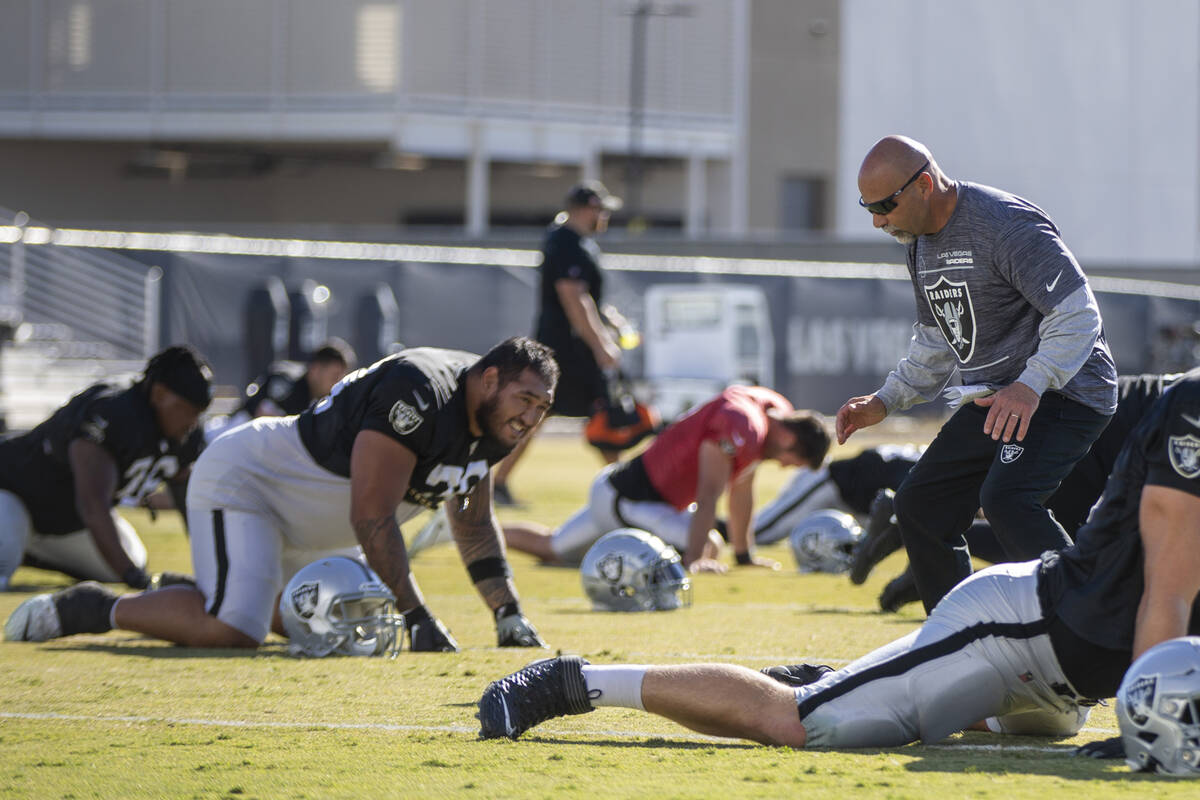 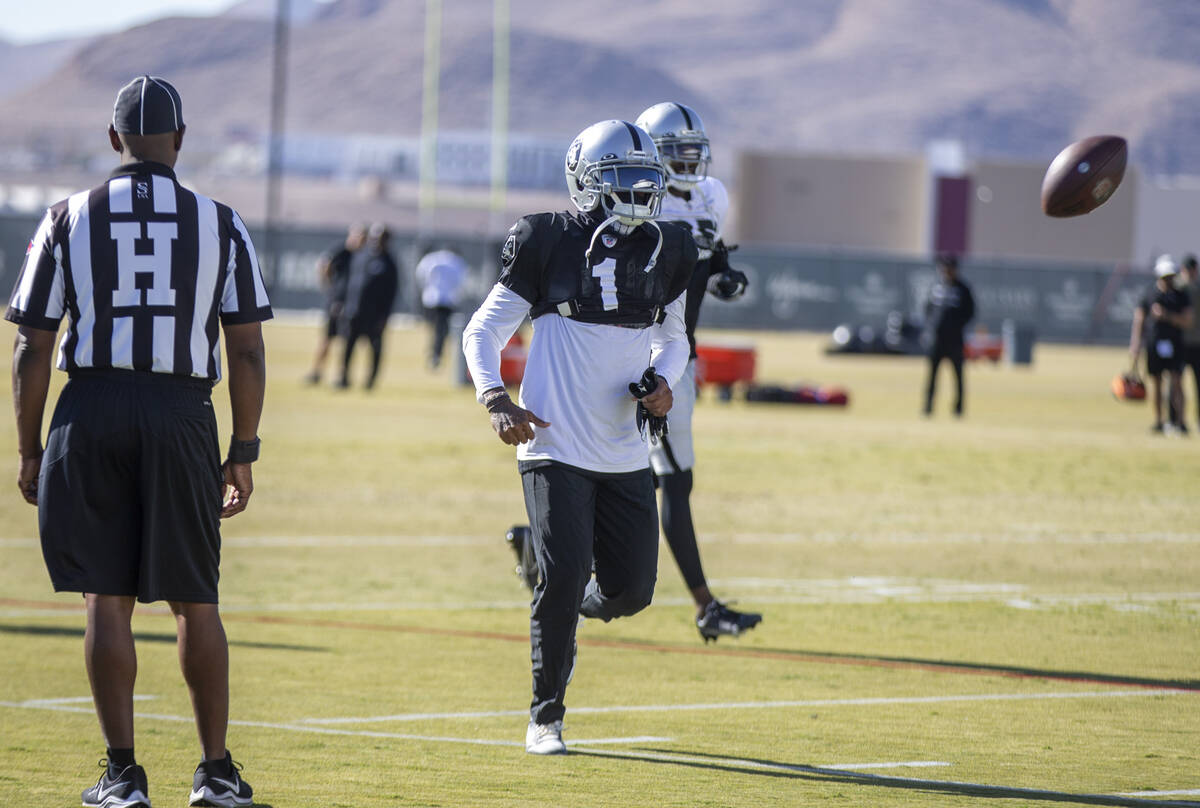 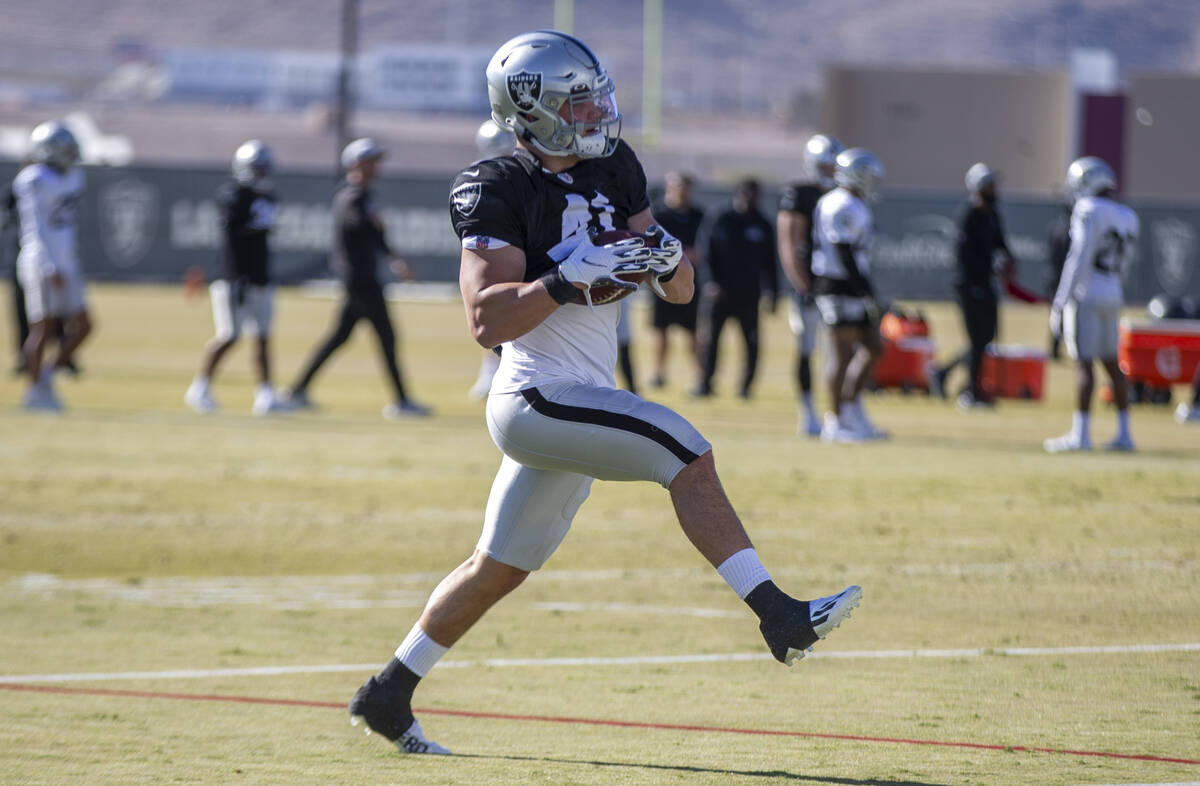 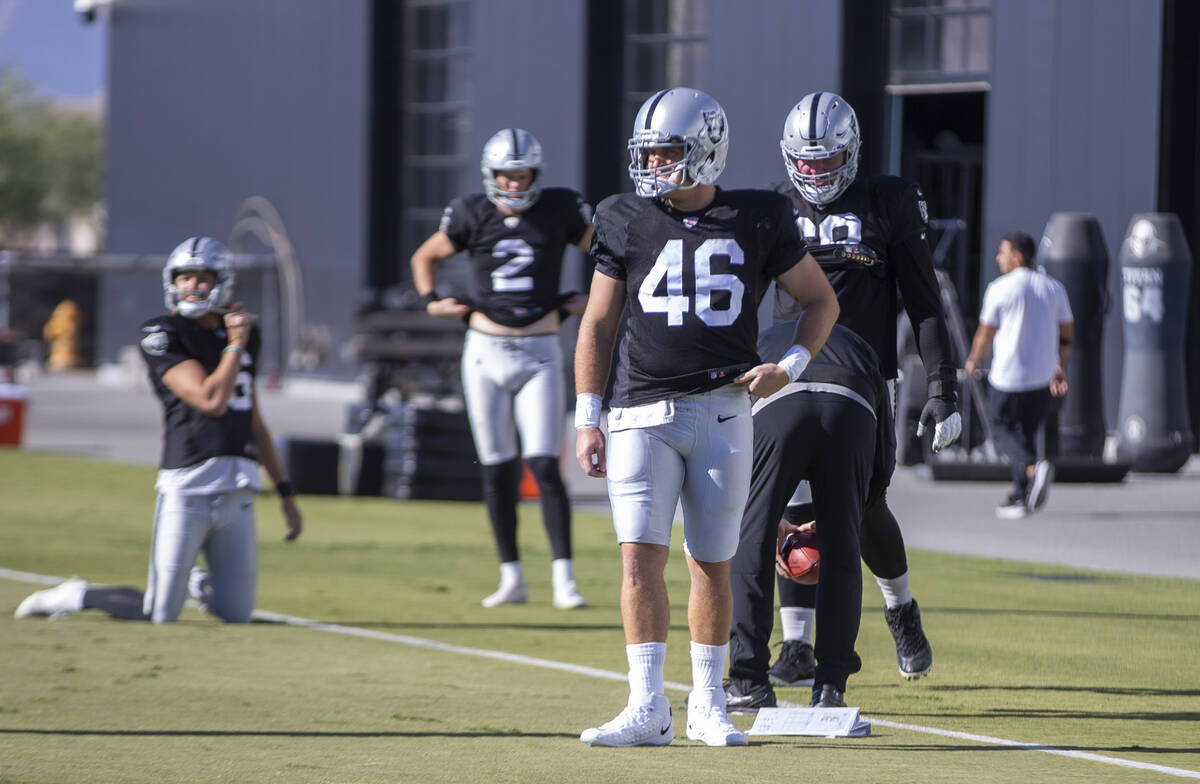 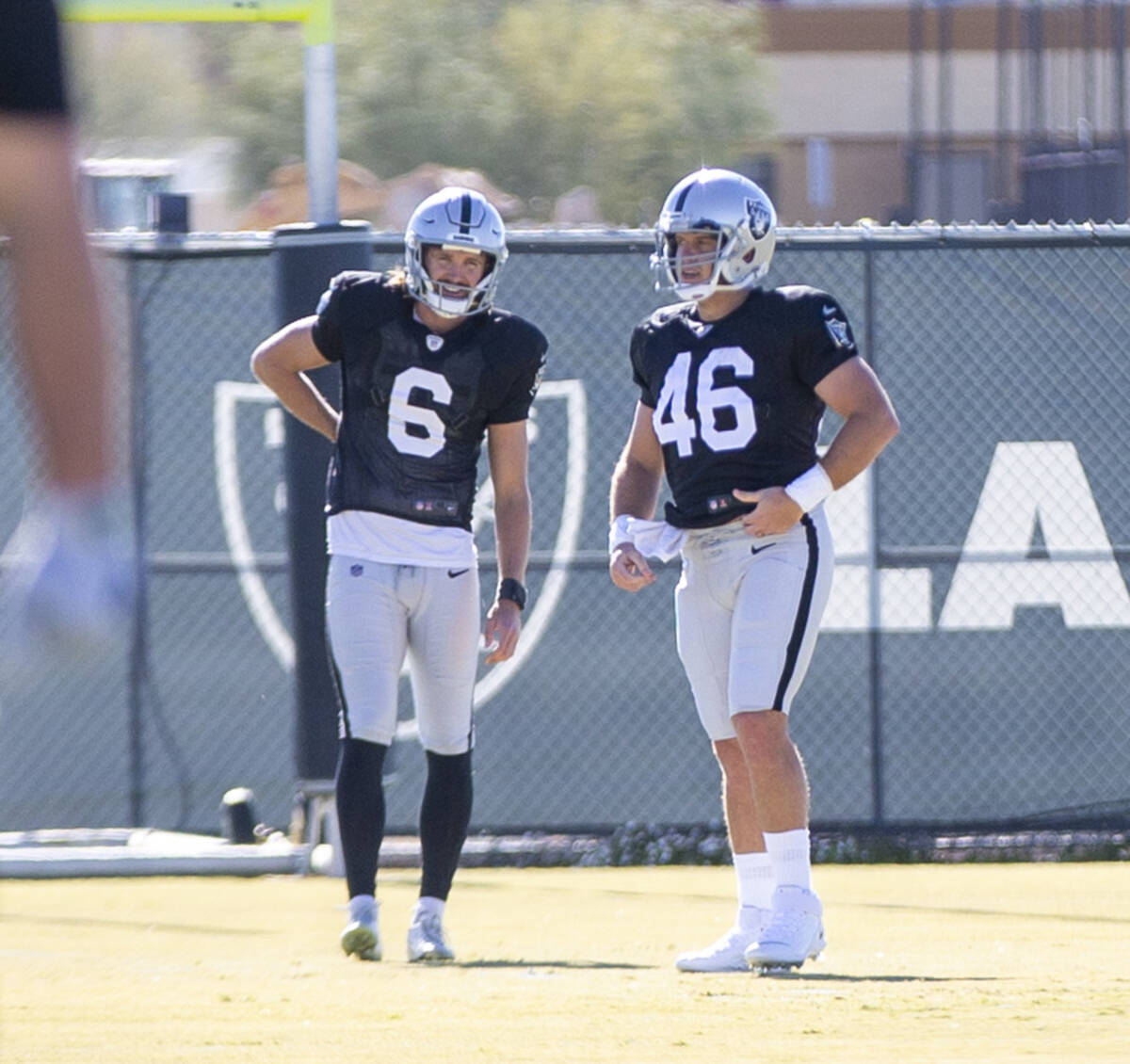 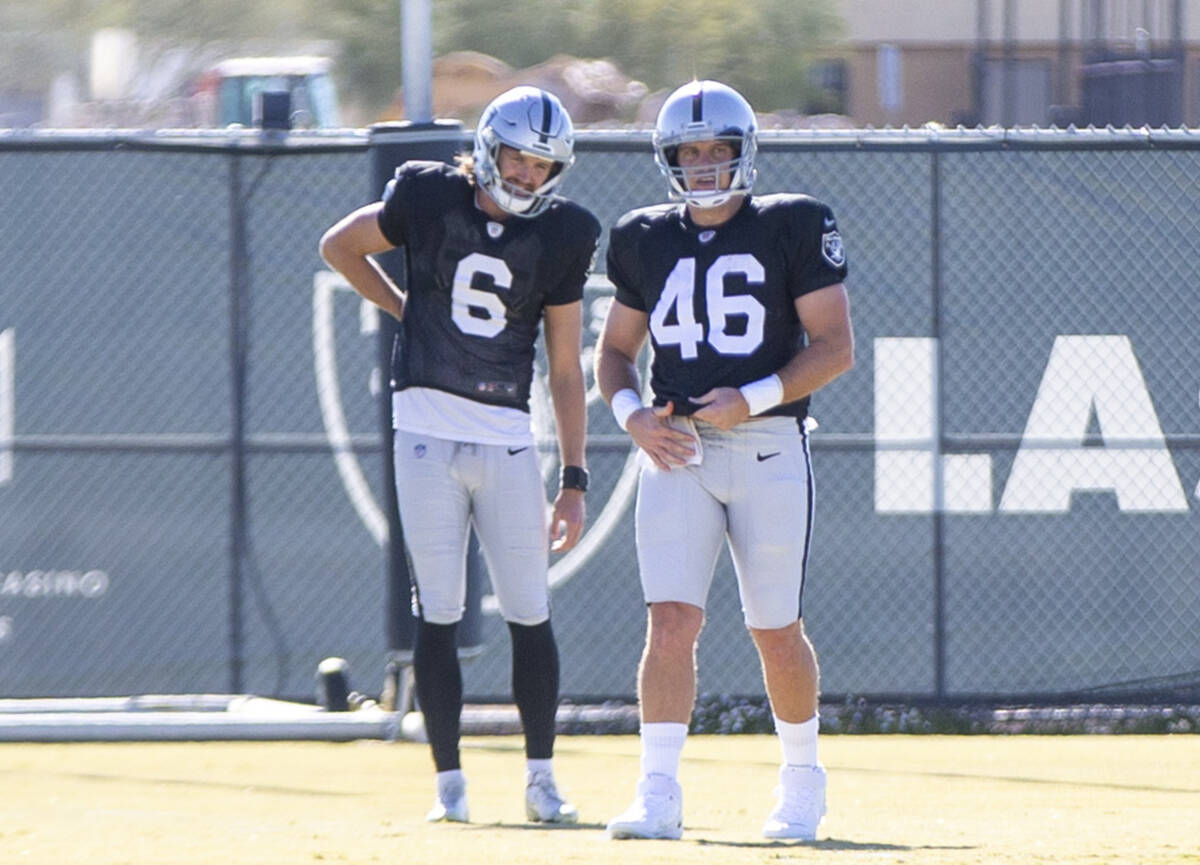 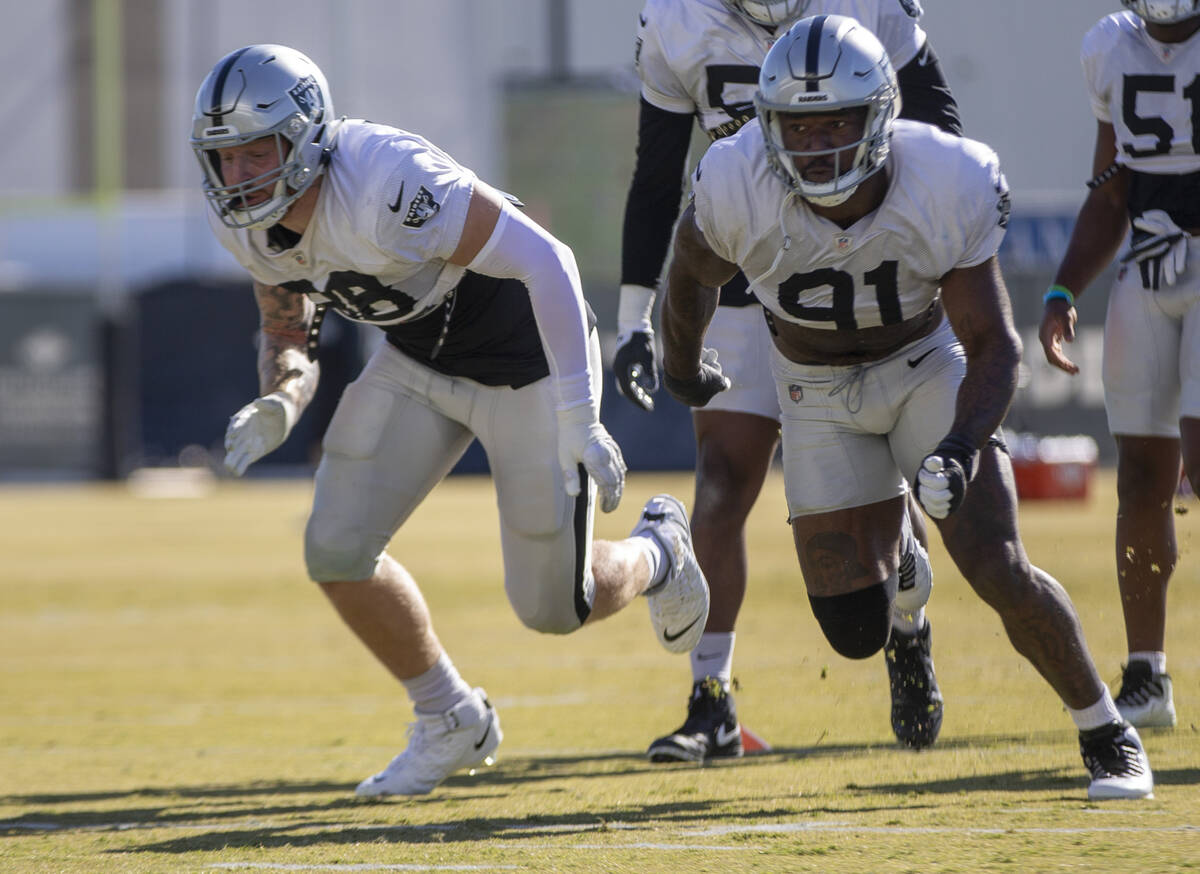 Raiders’ quarterback Derek Carr joked about what he says when offensive coordinator Greg Olson asks him each week about which plays he doesn’t like.

“The run plays,” Carr said of his typical response to the question.

While he went on to stress the importance of the run game and especially the play-action concepts it helps open up, Carr said every quarterback likes the idea of airing it out at will.

That thought even nearly impacted his college decision.

While Carr had a great run at Fresno State and still beams with pride talking about his school and the program, it could have all been so different.

“I almost went to SMU with June Jones out of high school because he was like, ‘You can come here and start as a freshman and we’ll throw it every play,’” Carr said Wednesday.

Darren Waller didn’t practice on Wednesday, a development that was expected after interim coach Rich Bisaccia said Monday the star tight end was “week-to-week” with back and knee injuries suffered during the win over the Cowboys.

Linebacker Nick Kwiatkoski and cornerback Keisean Nixon were both able to get in limited sessions in hopes of returning to play for the first time since they were both injured in the loss to the Giants on Nov. 7.

Wide receiver DeSean Jackson, who turned 35 on Wednesday, was limited with an ankle injury.

Cornerback Trayvon Mullen ran a little bit off to the side on Wednesday, but has not returned to practice and remains on injured reserve with a toe injury suffered in the loss to the Chargers on Oct. 4.

The Raiders signed free agent long snapper Carson Tinker on Wednesday as they wait to find out the status of Trent Sieg, who went on the Reserve/COVID-19 list on Monday.

Tinker, an Alabama alum, spent his first six years with the Jaguars and played eight games for the Buccaneers this season.

Bisaccia said the team needed insurance in case Sieg, who has played in 58 consecutive games, is unable to clear protocols in times to play on Sunday.

“We had a couple options,” Bisaccia said. “He’s played recently and played in over 70 games and has a lot of experience. We’re fortunate we could get him in here. He passed all the protocol. He had a good day today and he’ll get a little better tomorrow.”

Tinker’s last game for Tampa Bay was against the Washington Football Team, the Raiders’ opponent on Sunday.

Raiders kicker Daniel Carlson has been named the AFC Special Teams Player of the Week for his efforts in a 36-33 overtime win over the Cowboys on Thanksgiving.

Carlson made all eight of his kicks, including five field goals, in the victory. He connected on a 56-yarder to give the Raiders a lead with 1:57 to play in regulation before booting one through from 29 yards out with 4:31 to play in overtime to end the game.

The fourth-year pro out of Auburn finished with a season-high 18 points in the game.

Carlson also won the award in Week 2 and had earned the honor twice before earlier in his career, making him the second player in franchise history to do so at least four times. Sebastian Janikowski captured the award on seven occasions.