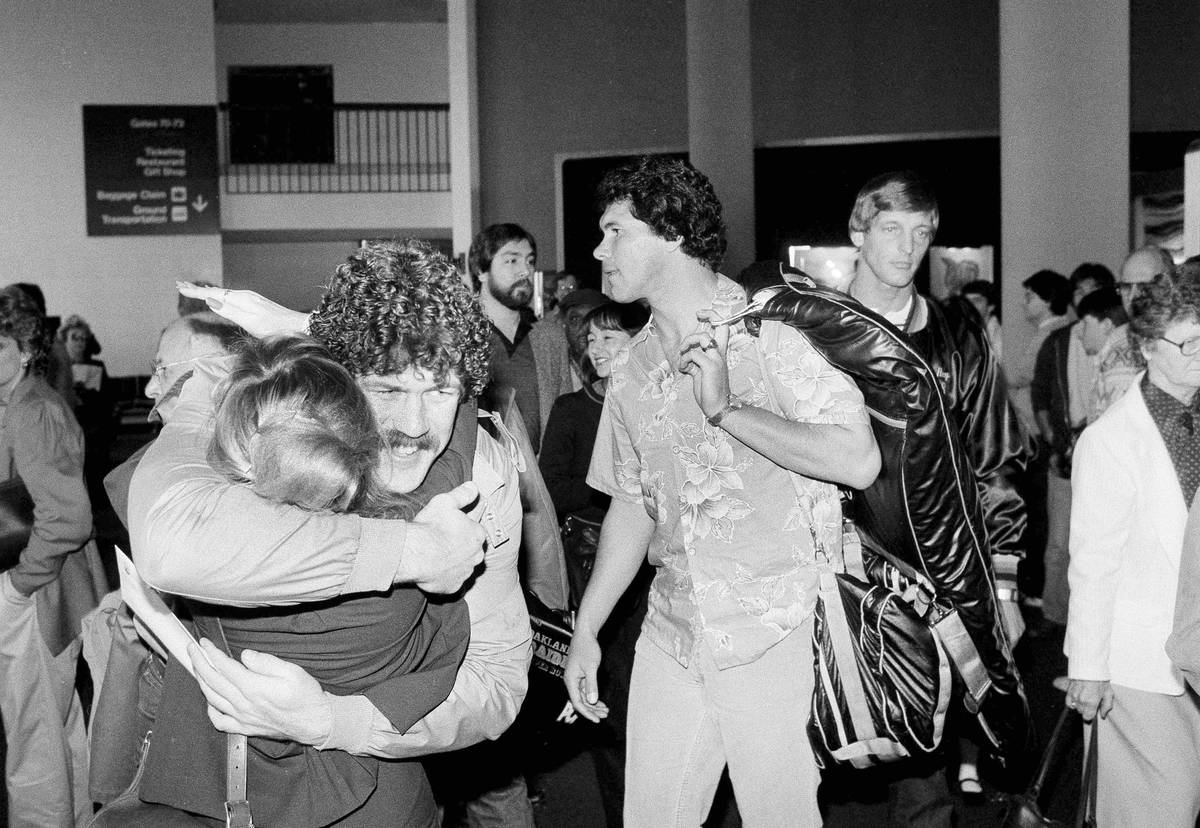 The irony of Todd Christensen ending up as one of the greatest tight ends in NFL history is that he never wanted to play the position in the first place.

In fact, the late, great former Raiders star was so angry when his original team, the Dallas Cowboys, switched him from running back to tight end in his second NFL season that he pretty much argued himself right off the team.

That led to a roller coaster ride in 1979 in which he played briefly with the New York Giants before a handful of failed tryouts with the Green Bay Packers, New England Patriots, Philadelphia Eagles and Chicago Bears. He finally caught on with the Raiders two games into the regular season as — you guessed it — a tight end, but was pretty much exclusively used on special teams over the next three years.

The once reluctant tight end eventually settled in at his new position in his fourth season with the Raiders, catching 42 passes for 510 yards and four touchdowns in nine games. That set the stage for a remarkable career in which he earned five trips to the Pro Bowl, played on two Super Bowl championship teams and forever etched his name along the greats of the Raiders franchise.

Not bad for a guy drafted out of BYU as a running back only to have to be talked into making a position switch that would alter the course of his life and benefit the Raiders over a five-year stretch of dominance.

“He brought a lot to the table as a person and a personality, and also on the football field he could catch everything thrown his way basically,” Jim Plunkett told USA Today in 2013. “He was a big, barrel-chested guy at one time, and he had a knack for getting between the ball and the defender.”

Yet despite racking up statistics that should have already earned him a spot in Canton, Ohio, Christensen has inexplicably been overlooked by the Hall of Fame.

Consider that, in spite of missing his first NFL season and then primarily playing special teams the next three seasons, his numbers are comparable to, if not better, than a handful of Hall of Famers.

Of the nine tight ends in the Hall of Fame, Christensen has more receptions (467) and receiving yards (5,872) than four of them, even though he played fewer games (137) than three of them. And that includes Raiders Hall of Fame tight end Dave Casper, who finished with 378 catches for 5,216 yards in 147 games.

First TE with 90 catches in a season

And relative to where the tight end position was heading, he was a trailblazer. Christensen was the first tight end to catch 90 passes in a season, a feat he accomplished two times. And from 1983 to 1986 he produced at least 80 catches and 900 yards each season. In fact, in three of those seasons he eclipsed the 1,000-yard mark.

“There was a stretch for us where, if there was a big catch that was made, Todd made it,” Hall of Fame running back Marcus Allen told the Los Angeles Times in 2013. “He’d trap it with his body at high risk. He came down with the ball.”

On a Raiders team full of iconic characters, Christensen was every bit the character they were. He conducted himself as an intellectual who just happened to also be a world-class football player.

That made him one of the most unique Raiders rebels of all.

“I remember Todd always using big words and quotes from famous authors and poets,” former Raiders coach Tom Flores told USA Today in 2013. “He was comical at times because no one knew what he was talking about.”

“Todd was a Raider,” receiver Morris Bradshaw, a former teammate, told the San Jose Mercury News in 2013. “His faith, his look, his eloquence, his vocabulary; you wouldn’t normally think someone that had those characteristics would fit into our team, but he fit in as well as anyone else.

“That was the magic. That you had all these characters, we were perceived as misfits, that we didn’t go together. … Yet we came together as a team.”

It made his death in 2013 due to complications that arose during liver transplant surgery so tragic.

Thirty two years after he retired and seven years after his death, the drumbeat to get Christensen into the Hall of Fame has sadly gone silent.

His numbers certainly merit it.