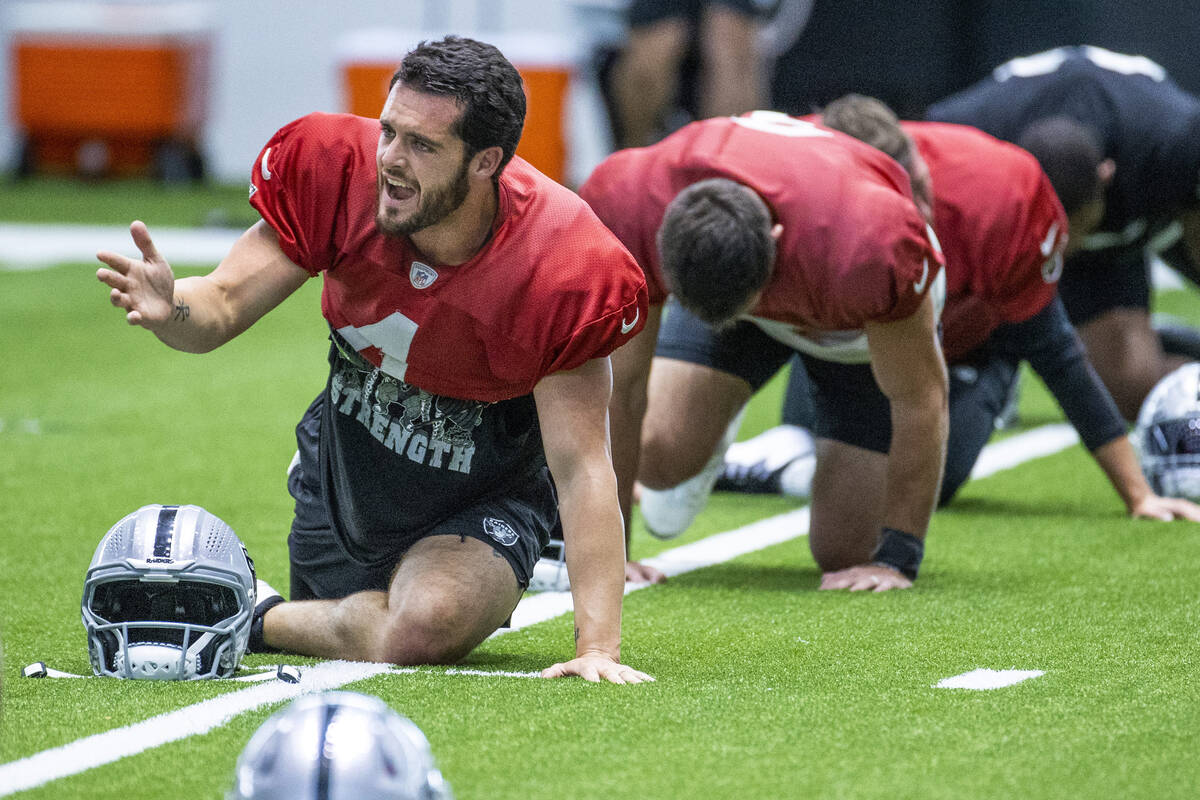 There were no parties at Raiders’ headquarters this week despite pulling off two upset wins against traditional AFC powers to start the season.

They may not even be consuming full portions of food, at least metaphorically, to remind everyone to stay just as hungry now that they have experienced a modicum of success.

The team has to look no further back than last season to be reminded of a time when they started 2-0. That 2020 team lost its next two games before finishing 8-8 and out of the playoffs.

The Raiders hope to avoid a similar fate starting with Sunday’s 1:05 p.m. game against the Dolphins (1-1) at Allegiant Stadium.

After entering each of the last two games as underdogs, the Raiders are a 4-point favorite.

Expectations can be heavy, especially for a team not used to carrying them.

According to Bradley, the key will be remaining a cohesive unit.

“The disease of me, where you start thinking you’re the reason why we’re successful and wondering when you’re going to be rewarded, can get you,” he said. “That type of mentality sometimes I guess can be trouble. So, we just talk about it, and we teach them, as long as we stay in that zone and are appreciative of one another and pull for one another, maybe we can keep that away for a while.”

Experience should help. The Raiders entered the season with an average age of 25.7 years old, which ranks right in the middle of the league.

Most of the players have been through good times and bad and understand a team is only as good as its next performance.

Coach Jon Gruden believes that will help balance the emotions of a long season.

“We have a lot of veteran players in our locker room. I think there is a lot of maturity in there,” he said. “So, I’m not going to get overly worried about getting a big head or anything like that.”

Still, it’s hard to ignore the reality that a team with a projected win total of 7.5 entering the season already has two wins and has increased its odds of making the playoffs to above 50 percent, according to most reputable forecasts.

Entering the 2020 season, 62 percent of teams that started 2-0 went on to make the postseason. An extra playoff spot was added in each conference, increasing those odds. This is the first year of the 17-game regular-season schedule, however, which could slightly dilute the value of a 2-0 start.

Quarterback Derek Carr said it’s important to find ways to get better even after victories instead of just soaking in the glory.

Carr said the Raiders are trying to not fall in love with “the pats on the back. Tell me what I did wrong. Tell me what I can do better and just keep that arrow going forward instead of settling.”

The Raiders have a chance to show their words are more than just platitudes by not looking past the Dolphins and taking care of business against Miami and its backup quarterback, Jacoby Brissett.

Then maybe they can start to think about an appetizer.