If you are having problems accessing today’s e-Edition, please click on this link VIEW E-EDITION
By Myles Simmons / Las Vegas Review-Journal
September 16, 2019 - 3:39 pm 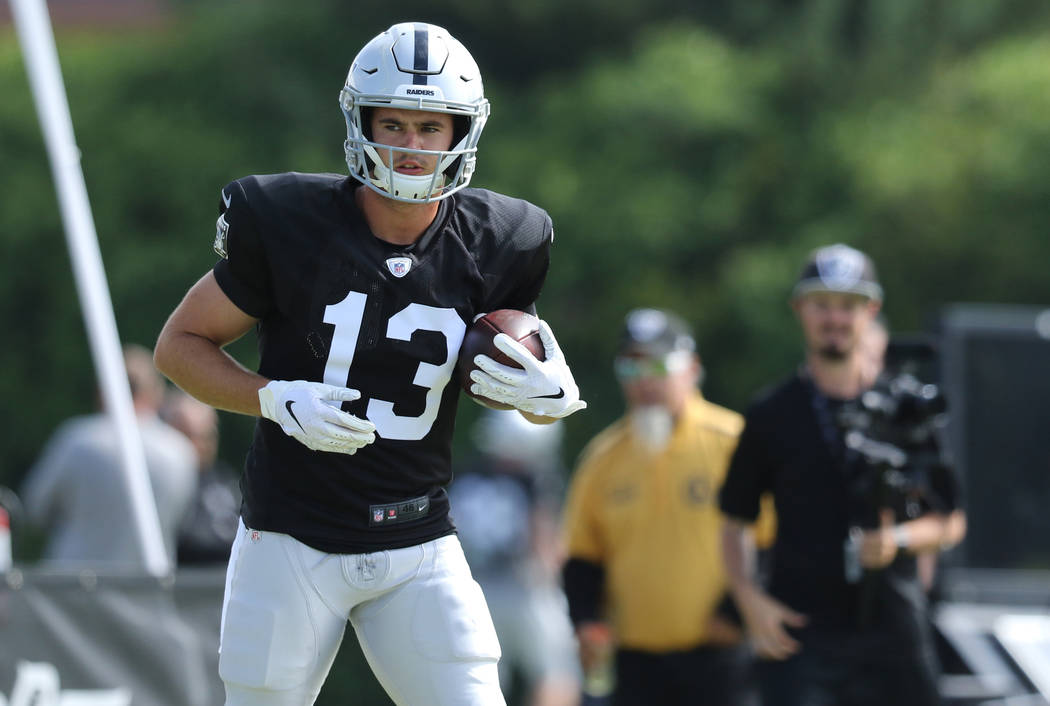 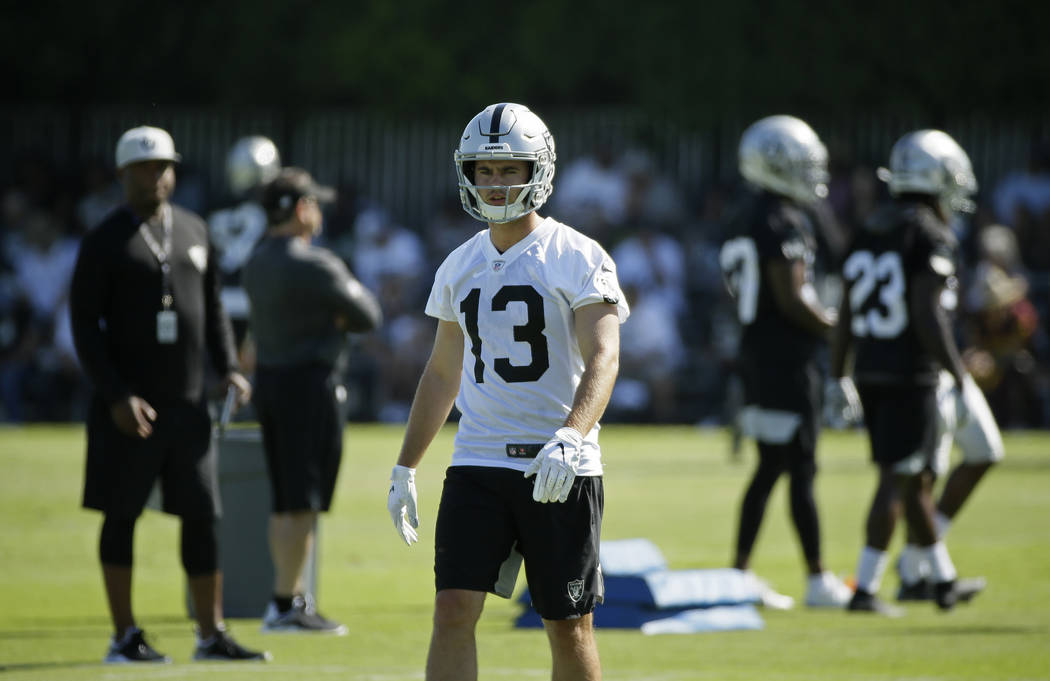 ALAMEDA, Calif. — Through two games, the Raiders have found two productive and reliable targets in wide receiver Tyrell Williams and tight end Darren Waller. But the Raiders need to get more from the rest of their receiving corps.

While it’s very early, Williams and Waller are both on pace to reach 1,000 yards receiving. Williams has caught 11 passes for 151 yards and two touchdowns. Waller has a team-leading 13 receptions and 133 yards receiving.

Quarterback Derek Carr has targeted only three other wide receivers: Hunter Renfrow, Ryan Grant and Dwayne Harris. As a group, the trio has only 11 receptions for 64 yards. Grant’s Sunday performance was particularly alarming, catching just one of his five targets for a two-yard loss.

According to Gruden, the Raiders also must improve in one-on-one situations. They also can’t have issues with footing like they did on Sunday.

“I think Hunter Renfrow fell down four or five times, slipped,” Gruden said. “I know it’s the dirt and it’s the last game ever on dirt, but our footing was a problem.”

That shouldn’t be an issue for Week 3. The Raiders will play the Minnesota Vikings on U.S. Bank Stadium’s field turf. But the Raiders’ wideouts do need to increase their productivity to score more points — especially with the team playing on the road until November.

The Raiders finished 2018 with just 13 sacks, but already have five through two weeks this season.

Free agent signee Benson Mayowa is the biggest reason why. He’s recorded 3.5 sacks in his first two games as a Raiders defensive end. Mayowa also has forced a pair of fumbles.

“He’s a great effort player,” Gruden said. “I think his motor, his get off, his tenacity to finish plays is a big part of his success — always has been.”

Raiders No. 4 overall pick Clelin Ferrell also has a sack, and defensive tackle P.J. Hall picked up a half-sack in Sunday’s loss.

Gruden didn’t get into specifics, but he did call out Key during his Monday press conference.

Gruden said there were a number of players being evaluated for injuries, but he did not have any firm updates on their condition.

Harris, who also returns punts and kickoffs, was still being evaluated for his ankle injury, which appeared to be the most serious. Gruden said he was unaware of the exact severity.

Williams suffered a hip pointer, but was able to finish Sunday’s game. Rookie running back Josh Jacobs also has a groin injury, and right tackle Trent Brown was getting a sore knee checked out.

Left guard Richie Incognito has returned to the building after serving his two-game suspension and is expected to start Sunday’s game in Minnesota.

“To have Richie back gives us a jolt,” Gruden said.

Incognito did not play in 2018, but the 36-year-old offensive lineman is a four-time Pro Bowler and was named to the team the last three years he played (2015-2017) with the Buffalo Bills.

The interior of the offensive line is getting closer to full strength. Gruden noted starting right guard Gabe Jackson’s recovery is steadily progressing.

“I don’t think he’ll play this week, but he’s getting closer and closer to returning,” Gruden said.

Jackson suffered a knee injury during a joint training camp practice with the Los Angeles Rams at the beginning of August.

Jordan Devey and Denzelle Good have started in place of Incognito and Jackson, respectively.