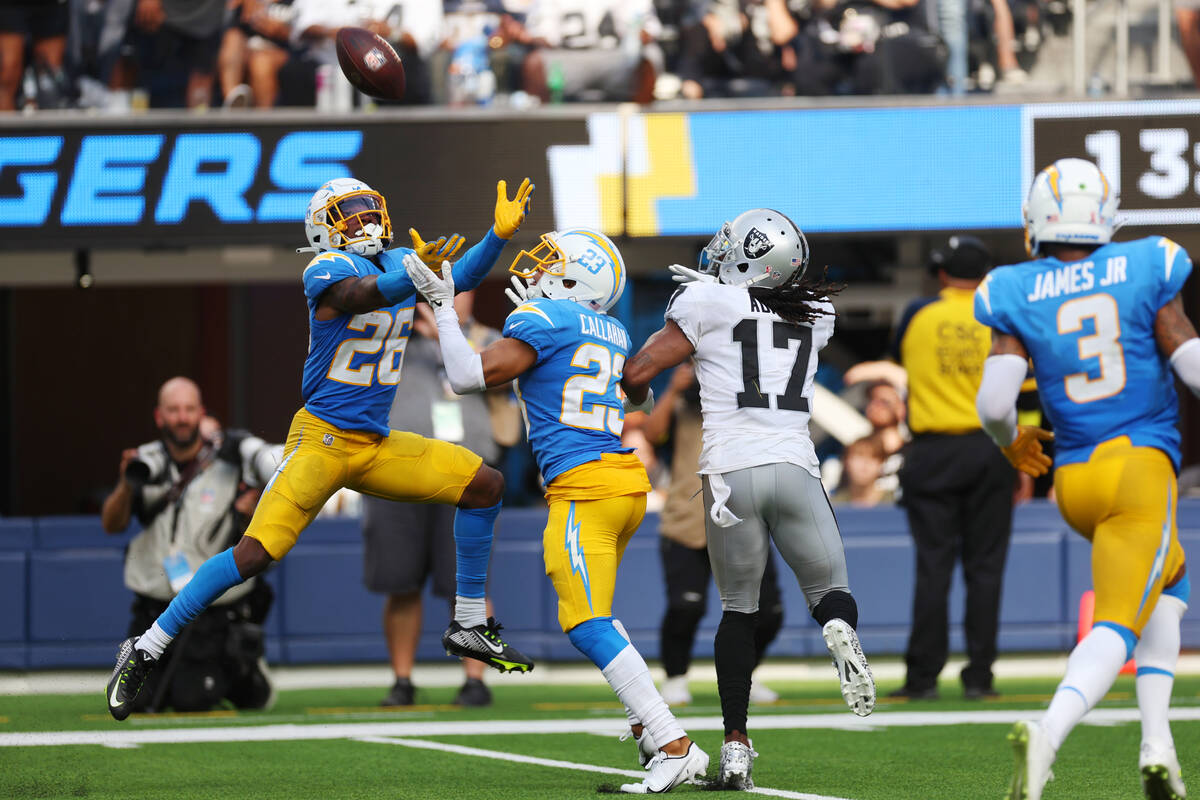 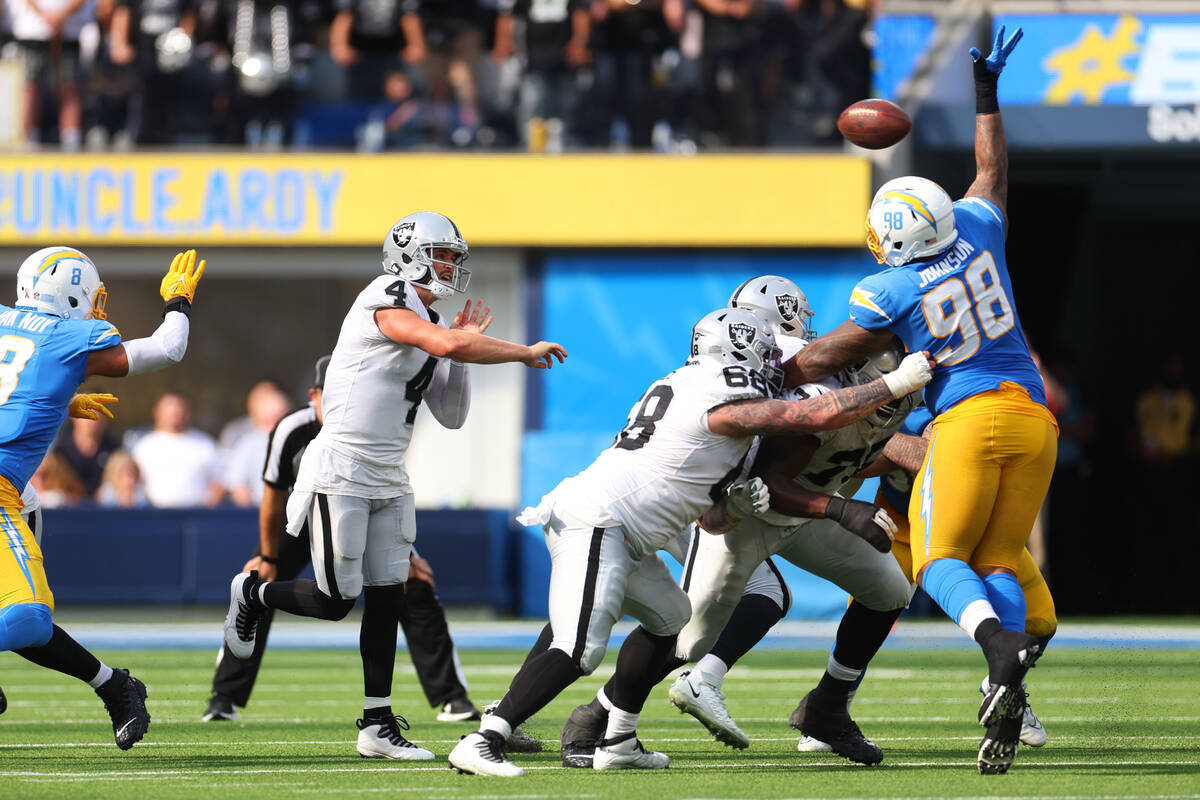 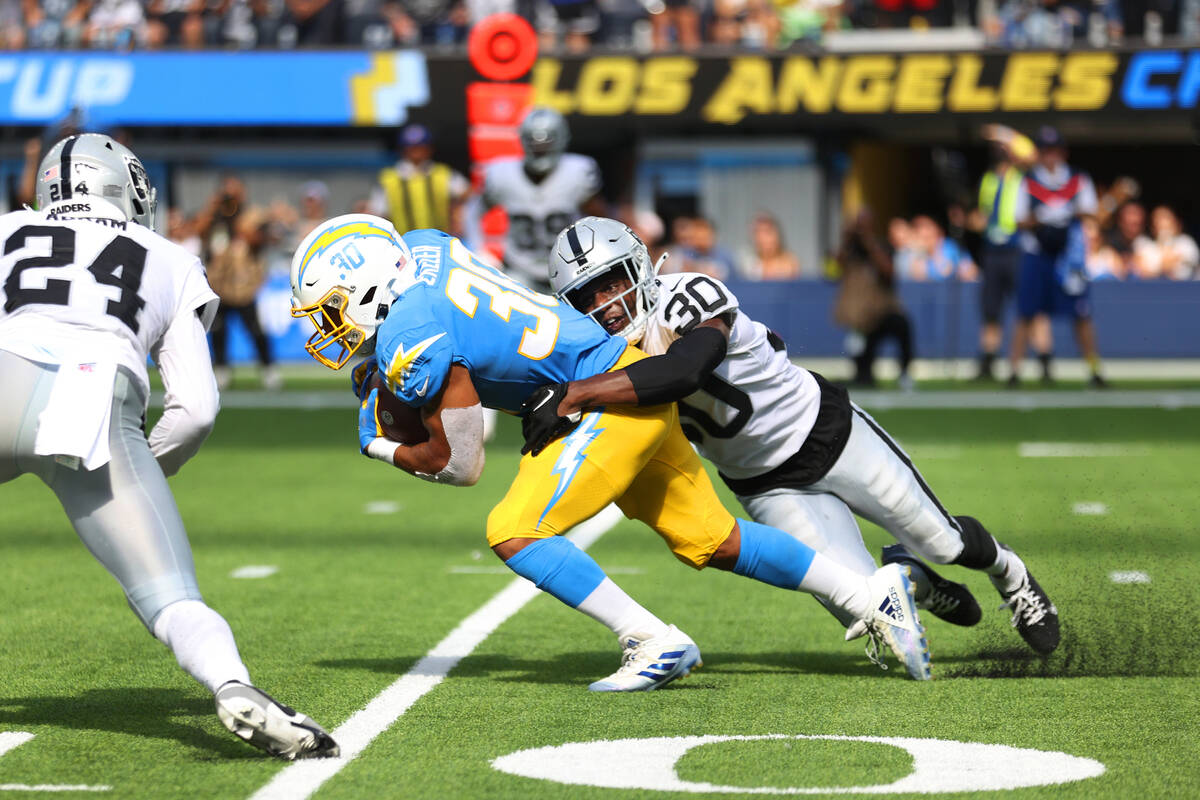 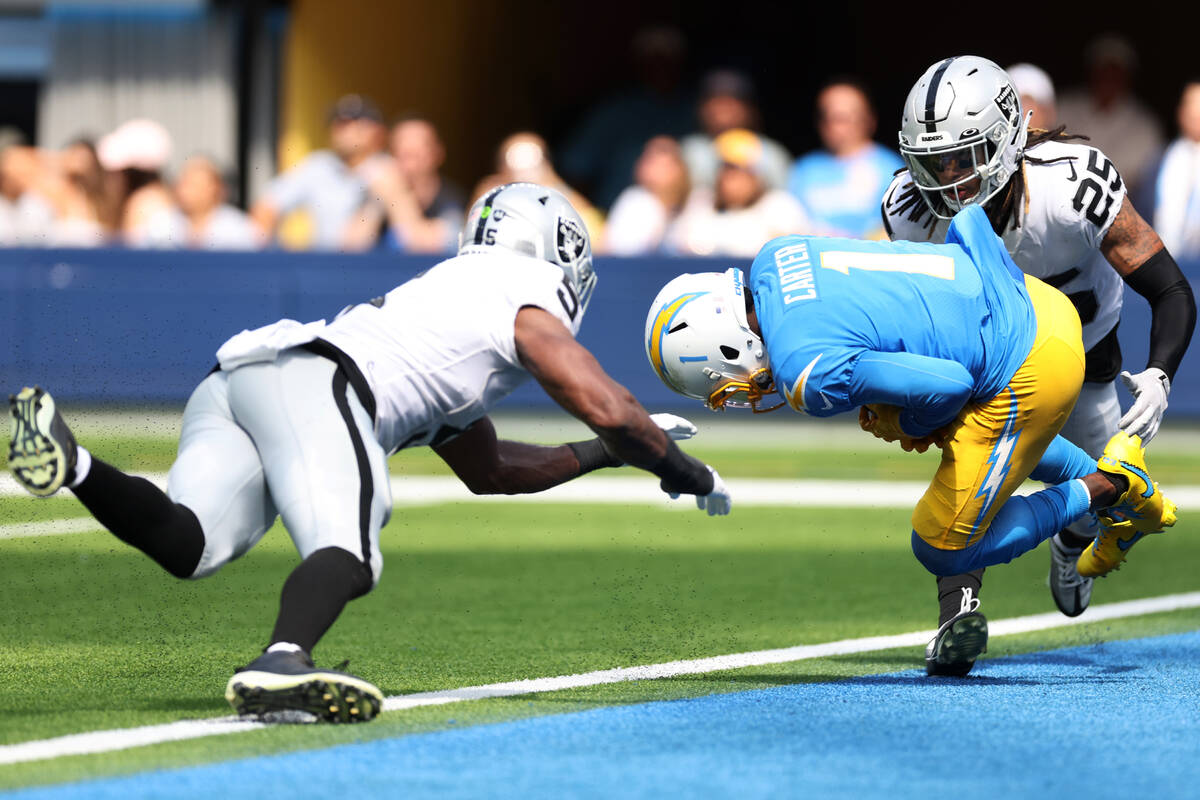 It was only 12 weeks ago that the Raiders played the Chargers in the season opener. But in a football sense, it might as well have been a lifetime ago.

It makes Sunday’s rematch at Allegiant Stadium so fascinating for a 4-7 Raiders team that has grown a lot since its 24-19 loss at Los Angeles.

“When I went back and watched that game this week, you just look at it and you’re like, ‘Oh, my goodness,’” Raiders quarterback Derek Carr said.

In a way, Sunday represents a bit of a yard marker for the Raiders, who have won two straight and are beginning to show signs of overcoming some of the problems that caused them to stumble to a 2-7 start.

“We’ve come a long way,” wide receiver Davante Adams said. “It’s just about situational awareness more so than anything. Not penalizing ourselves and putting ourselves in tougher down and distances.”

Three months ago, the Raiders were coming off their first training camp under coach Josh McDaniels and in the process of laying the foundation of new offensive and defensive schemes. They had not settled on their five-man offensive line and used a rotation at multiple positions up front.

Aside from the Broncos game two weeks ago, when an injury sidelined left tackle Kolton Miller, the Raiders have rolled out the same starting offensive line for the past three games.

That group, in particular, has put together its best two games over the past two weeks to continue a season-long growth spurt. Beyond just protecting Carr better, the line has played a major role in the increased emphasis on running the ball.

As a result, Josh Jacobs has rushed for 1,159 yards on 216 carries, and the Raiders have forged an offensive identity that had not been defined in Week 1.

The first game against the Chargers was this team’s first chance to game plan and prepare for an opponent together. As much as everyone hoped they were in lockstep at that time, the ability to now trace back those steps shows that wasn’t necessarily the case.

“The understanding of how we take the game week and try to apply it to win the game … we didn’t have a whole lot of exposure to it prior to that,” McDaniels said.

The Raiders fell behind 17-3, which was indicative of a team that was still growing together. It doesn’t excuse anything, but it does acknowledge the launch point the Raiders were operating from and how much deeper into that process they are now.

“There were some things in that game that we certainly didn’t do well enough to deserve to win,” McDaniels said. “I think our team has learned over the course of three or four months here, we’ve got to do these things right.”

The trick now is learning how to play in times of prosperity.

“It’s just two games, but it’s something to build off,” Adams said. “We got to start somewhere. We were talking to Coach (McDaniels) about our objective post-Thanksgiving, just based off some of the ideologies that he’s had in the past and understanding that we have a certain amount of games that we still got to go win now.”