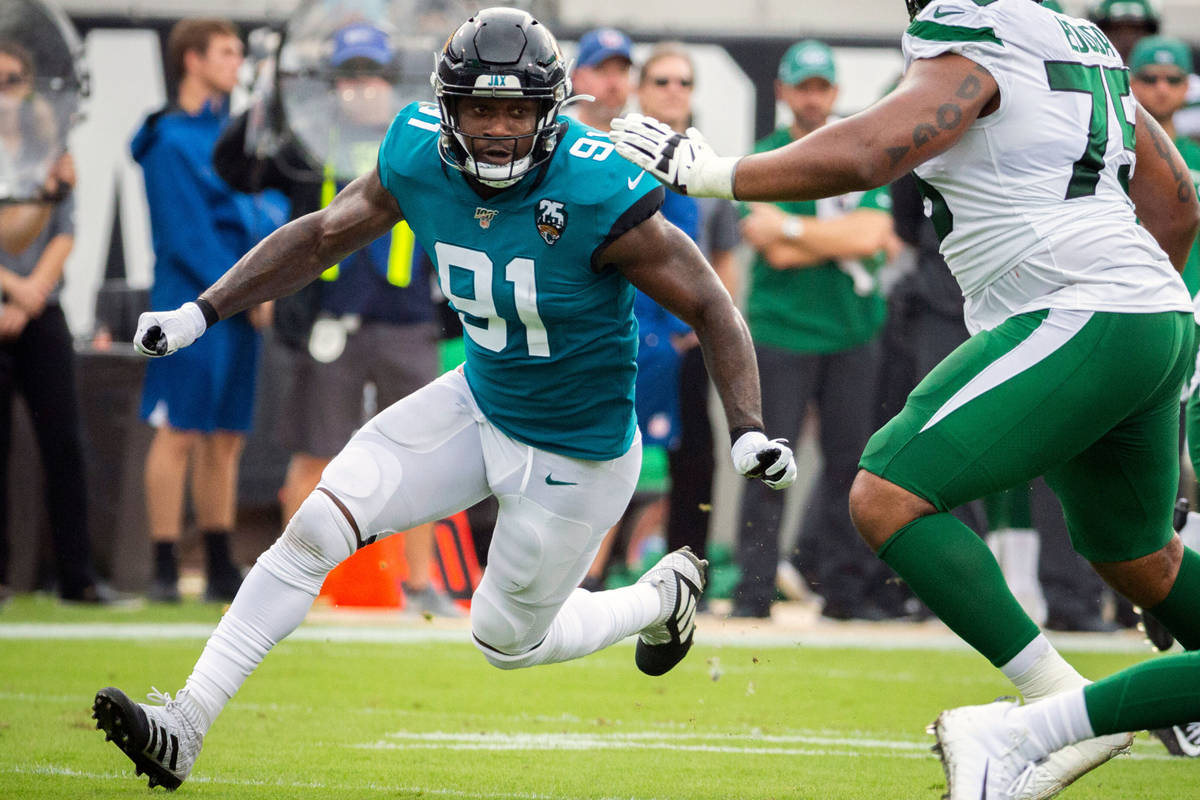 FILE - In this Oct. 27, 2019, file photo, Jacksonville Jaguars defensive end Yannick Ngakoue (91) rushes New York Jets quarterback Sam Darnold (14) during the first half of an NFL football game, in Jacksonville, Fla. Ngakoue made another public plea to be traded, this one on his 25th birthday. Ngakoue said in a Twitter post Tuesday, March 31, 2020,“ why hold a man from taking care of his family. It’s obvious my time is up in my current situation. Let’s both move on.” (AP Photo/Stephen B. Morton, File) 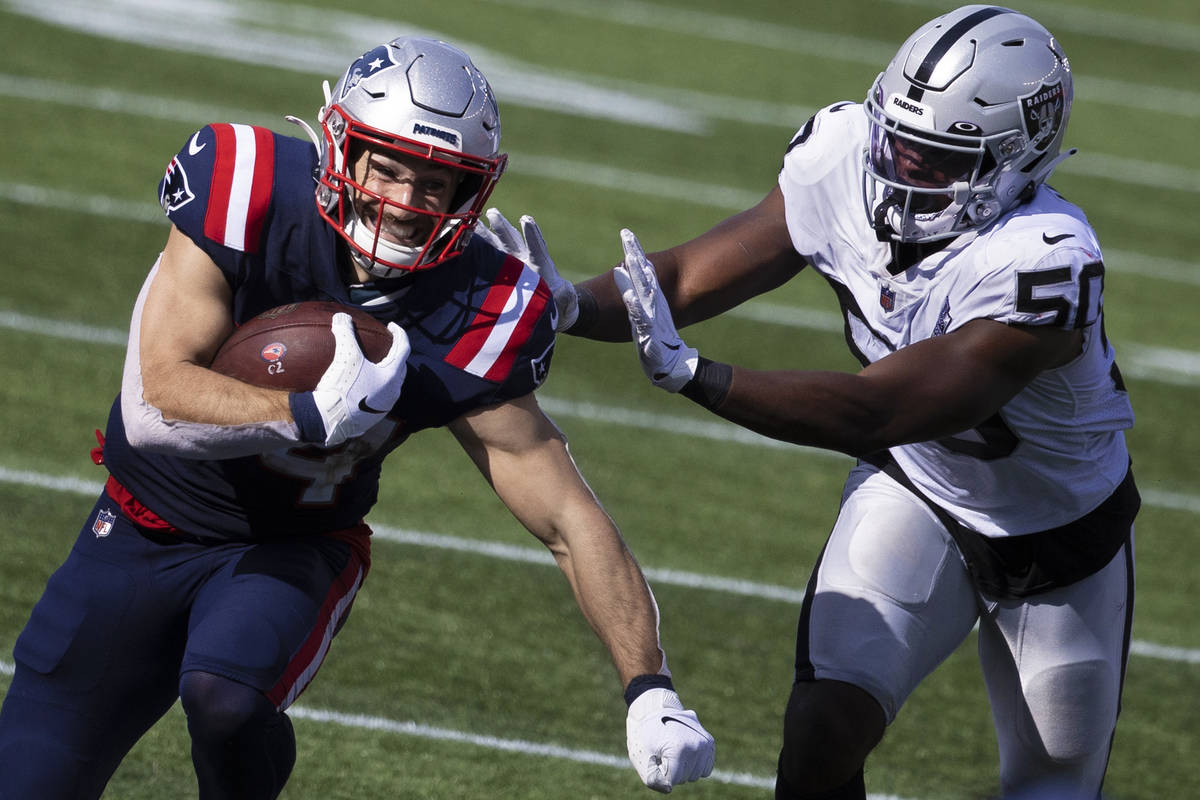 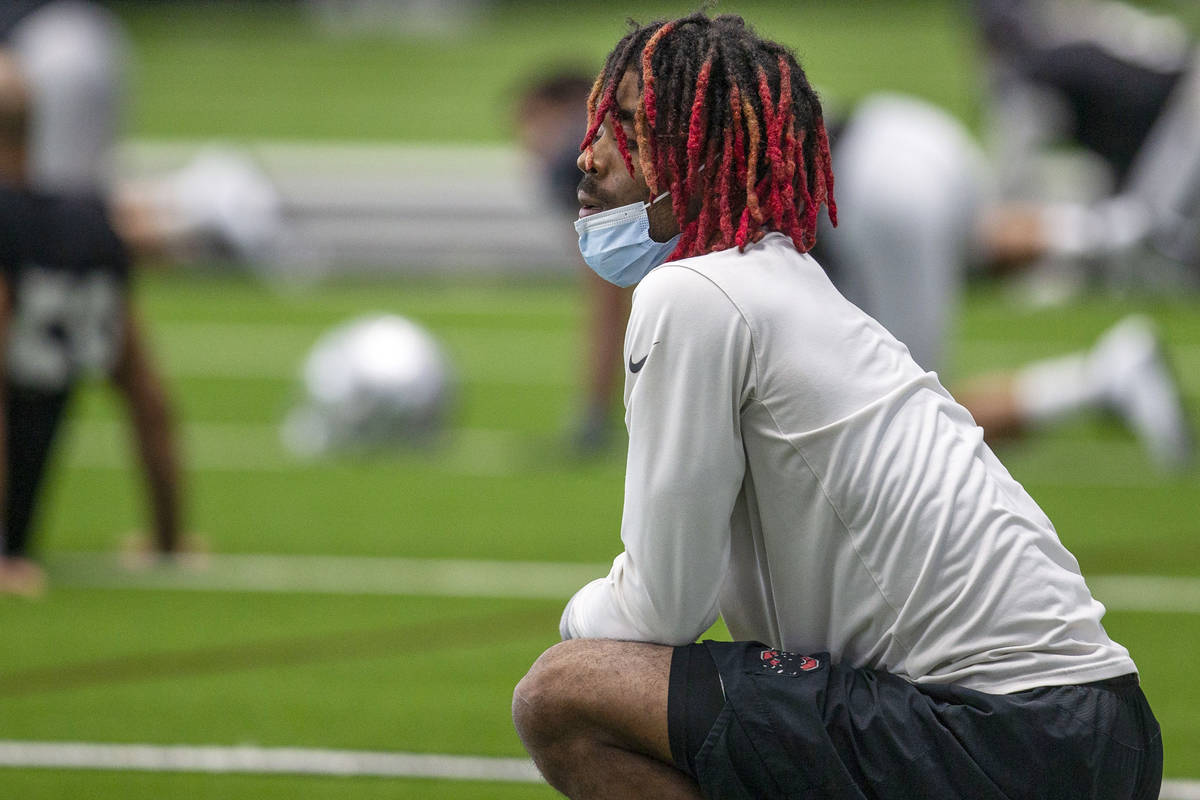 The Raiders’ defensive struggles cost them three games over the second half of last season. The offense took the lead with 1:43 remaining against the Chiefs, in overtime against the Chargers and with 19 seconds left against the Dolphins.

The inability to make key stops not only sabotaged the Raiders’ playoff hopes, it also cost defensive coordinator Paul Guenther his job.

Here is a position-by-position look, post free agency, at what the new staff has available:

What’s Up? The attention paid to the defensive line thus far in free agency is evidence of the influence Bradley now has in talent acquisition. His Cover 3 scheme relies heavily on getting pressure on the quarterback from the front four, with seven defenders then dropping back in pass coverage.

Bradley is averse to blitzing, and he needs more than the 12.5 sacks last year’s defensive line produced. Ngakoue, the big-ticket free agent, teams with Ferrell, Crosby and Nassib in a four-man edge rotation that should create more efficient snap counts.

Key, Dickerson and Green have fights on their hands to claim roster spots. The addition of Jefferson, Thomas and Philon to the interior of the line add depth, upside and competition alongside holdovers Hankins, Hurst and Irving. From that group, Bradley and Marinelli should be able to piece together a more formidable rotation.

Draft Buzz: The work the Raiders did in free agency doesn’t preclude them from adding a prospect through the draft. But the urgency is considerably less at this point than it was three weeks ago.

What’s Up? By re-signing Morrow, the Raiders will bring back their three starting linebackers from 2020. That continuity, the influence of Bradley and Smith and the defensive line additions hav created confidence among Raiders coaches about the front seven.

For it to take hold, though, Littleton has to return to his form from 2017-19 when he was among the best linebackers in the NFL. The Raiders still have high hopes for Muse, the third-round pick out of Clemson who missed his entire rookie season with a toe injury.

Draft Buzz: With the starting unit intact, the Raiders don’t seem likely to add a linebacker in the first round, although Penn State’s Micah Parsons and Notre Dame’s Jeremiah Owusu-Koramoah could be too tempting to pass up.

What Up? The Raiders have been conspicuously quiet in the secondary so far, with the re-signing of Nevin Lawson their only move. The lack of action is an indication the Raiders believe two things: Part of last year’s secondary struggles were the result of inexperience and an inability to get pressure on the quarterback, and they have their eye on some draft prospects they believe can be Day One starters.

Arnette started in only seven games last year while dealing with a broken wrist that cost him valuable development time and critical work in the weight room. But the Raiders believe he has a bright future alongside Mullen. Arnette gets the first crack at replacing Lamarcus Joyner as the slot cornerback, although a veteran pick-up hasn’t been ruled out.

If the season started today, Heath and Abraham would be the starting safeties, although the draft should change that. The influence of Bradley and Milus could be the key that unlocks Abram.

Draft buzz: It would be a shock if the Raiders didn’t reel in a free safety in either the first or second round, with TCU’s Trevon Moehrig, UCF’s Richie Grant, Oregon’s Jevon Holland and Syracuse’s Andre Cisco all intriguing prospects.