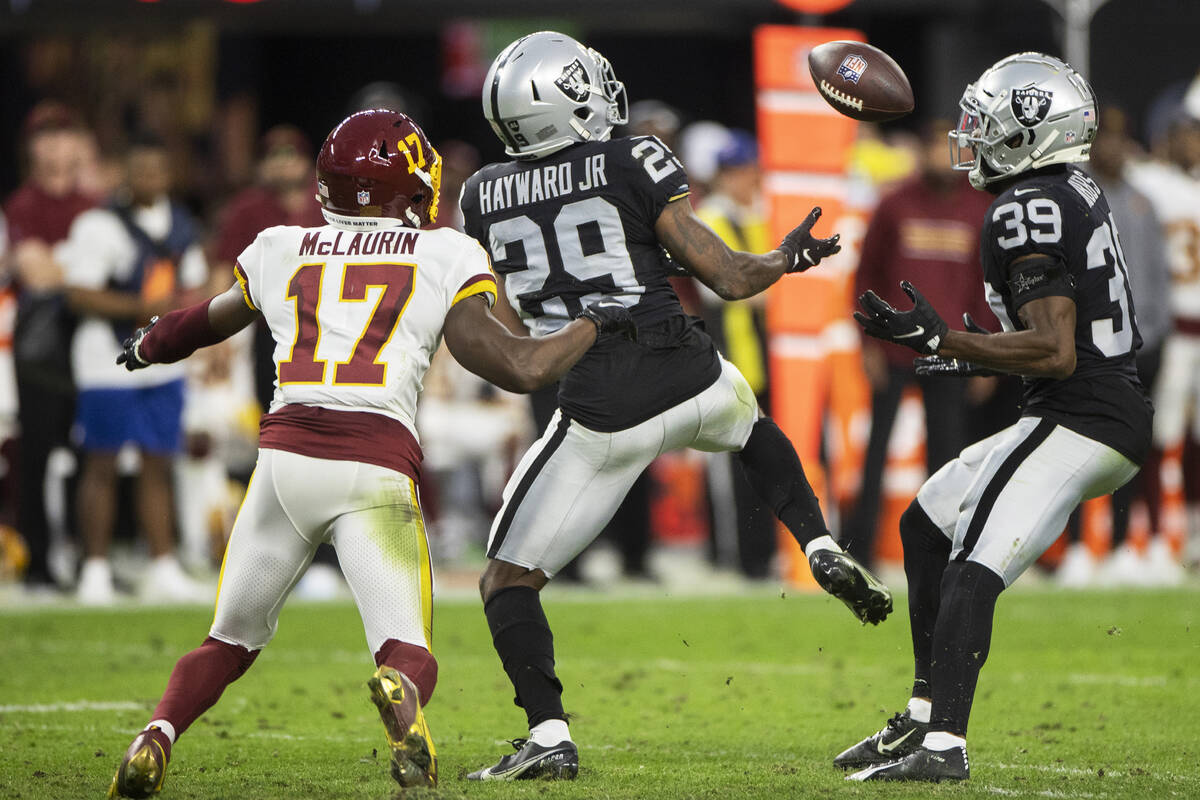 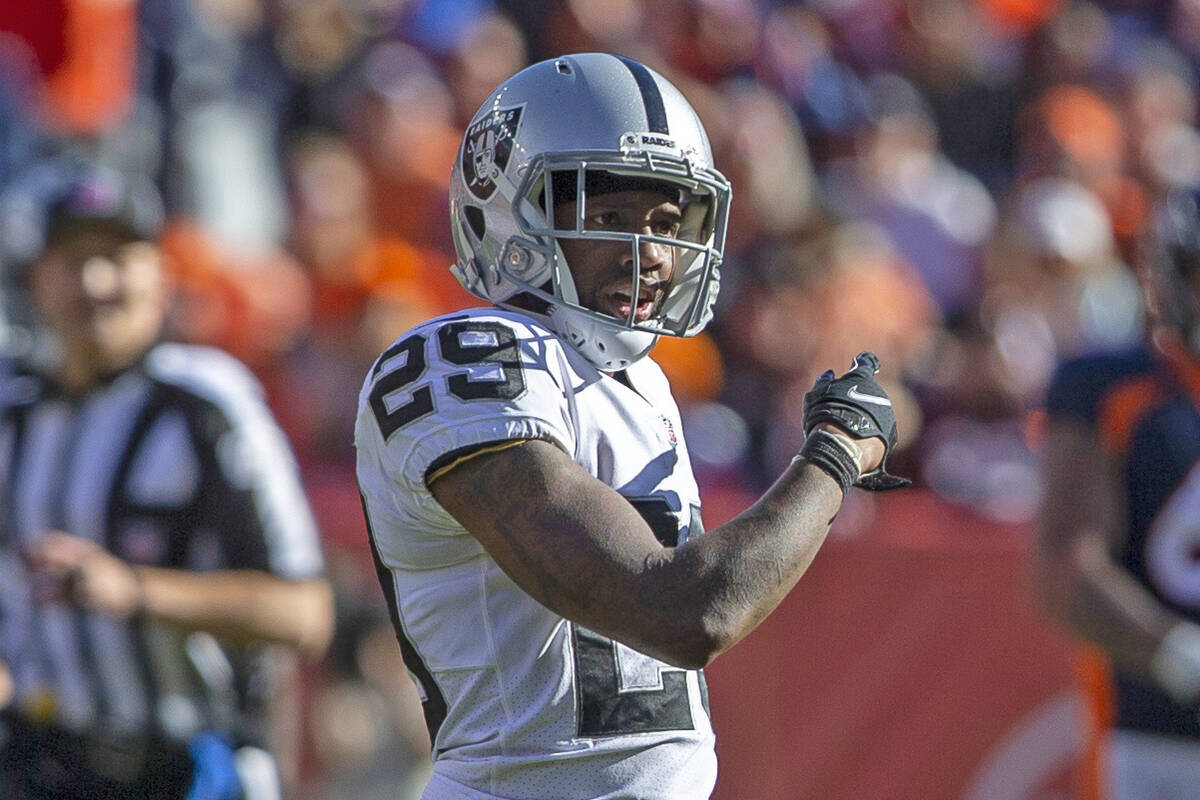 Raiders cornerback Casey Hayward fondly remembers his veteran mentors and the role they played in his career. They taught him how to study film. How to practice and prepare — and now, he realizes, how to lead.

“I try not to show (the younger players) up. If I know something, I’ll say it,” Hayward said. “But I don’t know everything. So what I do, if I like something they’re doing, I try to be like ‘Hey, show me that.’ And vice versa. … We’re all human. We all can learn.”

The Raiders may be floundering, but Hayward is thriving — at the age of 32 and one year after the worst season of his esteemed 10-year NFL career. He hasn’t allowed a touchdown in 13 games. Opposing quarterbacks have a pedestrian passer rating of 70.0 when throwing his way.

Pro Football Focus tabs the Vanderbilt alum as the 12th highest-graded corner among 120 this season. And those are simply the tangibles.

He’s also serving as a sensei in the secondary, tutoring a youthful group of cornerbacks the way Charles Woodson, Sam Shields and Tramon Williams once tutored him. Defensive coordinator Gus Bradley said Hayward “brings that sense of calm” to the entire defense.

“He’s got a great perspective. He’s been in all situations,” said Bradley, for whom Hayward also played in Los Angeles with the Chargers. “He’s been on teams with different records and situations that have taken place. And I think he’s at a point in his career where he really utilizes that experience and passes it on to the players.”

He tries, anyway. That’s a point he reaffirmed during a phone interview Wednesday as he was driving home from the team’s headquarters in Henderson. He proudly acknowledged how Woodson, Shields and Williams aided his development during his rookie year of 2012 with the perennially contending Green Bay Packers.

“Showed me how to be a real pro. Showed me how to study film. Showed me the do’s and don’ts — on and off the field,” Hayward recalled. “The things that they showed me, they were actually doing. … It kind of rubbed off on me, the way they communicated with each other.”

He wants to pay it forward with the young Raiders corners like Travyon Mullen, Nate Hobbs, Keisean Nixon and Amik Robertson.

After signing with the Chargers as a free agent in 2016, he realized that he would be would be the one to model professionalism as the 27-year-old elder statesmen in a youthful secondary. All while blossoming into one of the league’s best cornerbacks with a pair of Pro Bowl nods to show for it.

Hayward believes he was at his very best during his prime years, ranking second in 2017 and fourth in 2019, per Pro Football Focus and its grading system. Nagging groin and back injuries hampered his play last year, and he ranked 69th while allowing a career-high five touchdown receptions and concluding the season on injured reserve.

The Chargers missed the playoffs, dismissed their coaching staff and cut Hayward, leaving him with plenty to prove. He hired a personal chef during the offseason for the first time in his career and intensified his training, believing he could emerge again as a shutdown corner with proper preparation.

“In my head I’m like ‘OK, I know I don’t want to go out like that. So I want to play a little better,’ ” said Hayward, who signed a one-year deal in May with the Raiders as a free agent. “The team has done a great job putting me in position to succeed.”

Hayward points to his comfort in Bradley’s Cover 3 scheme, which deploys three deep defensive backs to cover their respective thirds of the field. It’s a scheme he knows well, dating back to their days in Los Angeles. He’s been targeted a mere 38 times this season, allowing a grand total of 239 yards after allowing 631 a year ago.

He believes he can sustain this level of play for three more seasons, provided he remains healthy the way he has for most of his career.

“I love the game. Love being around the guys. Things like that,” Hayward said. “I could play a few more years. I would definitely love to play here a few more years as well.”

“He’s got a unique ability to relate to anybody from any walk in life,” Bradley said. “That’s what I really appreciate about Casey.”