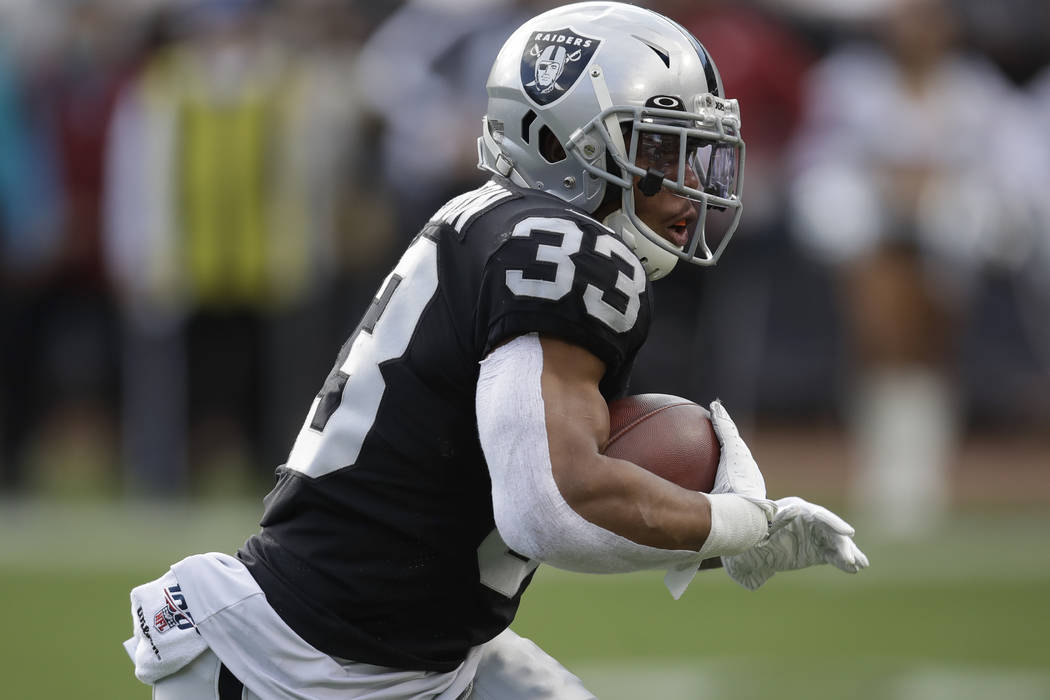 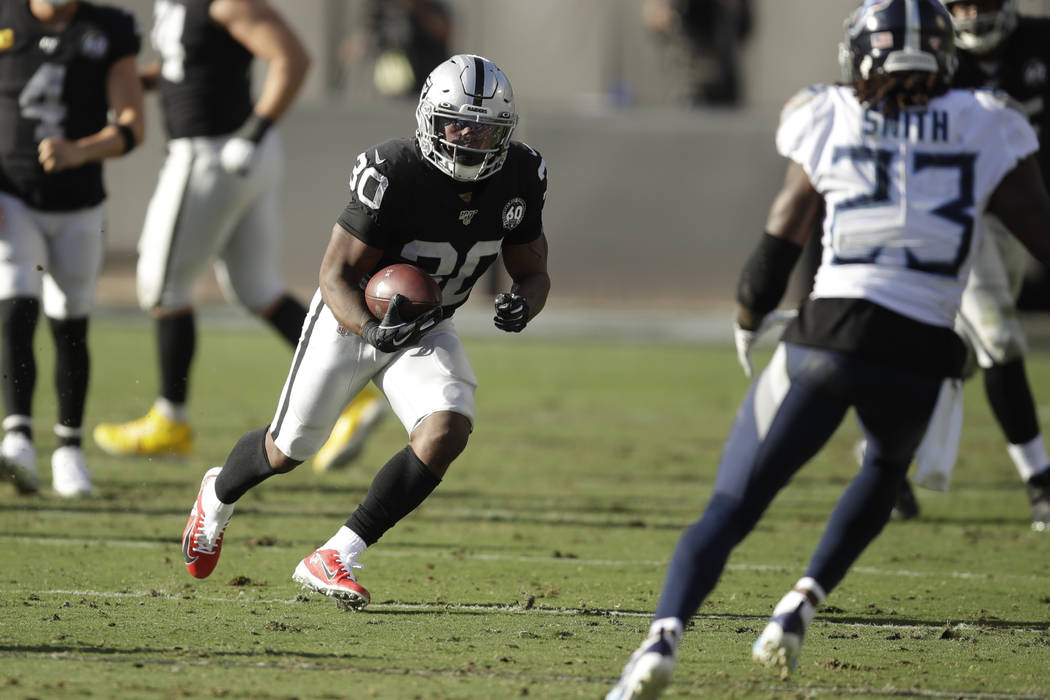 Oakland Raiders running back Jalen Richard (30) runs against the Tennessee Titans during the first half of an NFL football game in Oakland, Calif., Sunday, Dec. 8, 2019. (AP Photo/Ben Margot)

ALAMEDA, Calif. — While there weren’t many positives in the aftermath of the Raiders’ 42-21 loss to the Titans on Sunday, coach Jon Gruden said Monday he was pleased by the way backup running backs DeAndré Washington and Jalen Richard performed filling in for the injured Josh Jacobs.

“I thought … they really stepped up,” Gruden said.

Washington started and rushed for 53 yards on 14 carries, including a 14-yard touchdown run in the first quarter. Washington also caught six passes for 43 yards.

Richard remained in his role as kick returner, taking seven returns for 28 yards. He also caught a pair of passes for 18 yards.

Washington said it felt good to get in a rhythm on Sunday, and that he felt comfortable in his role.

And if it does turn out that Jacobs doesn’t play again in 2019, it could be an opportunity for Washington and Richard. Both are pending free agents in the offseason.

“I think we’re ready to go,” Washington said. “It’s kind of crazy to say that, but we’ve been around this thing for a long time. We’re actually vets in the game now. So we’re hoping Josh comes back — pretty sure he will, he’s a tough competitor. But I think regardless, we’re ready to go if need be.”