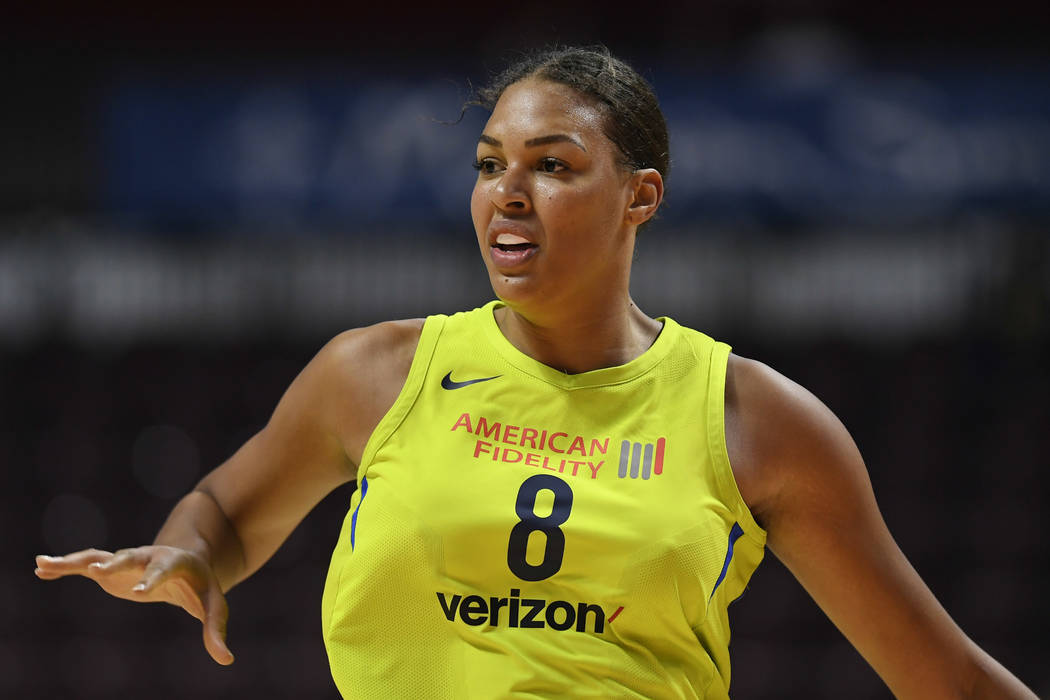 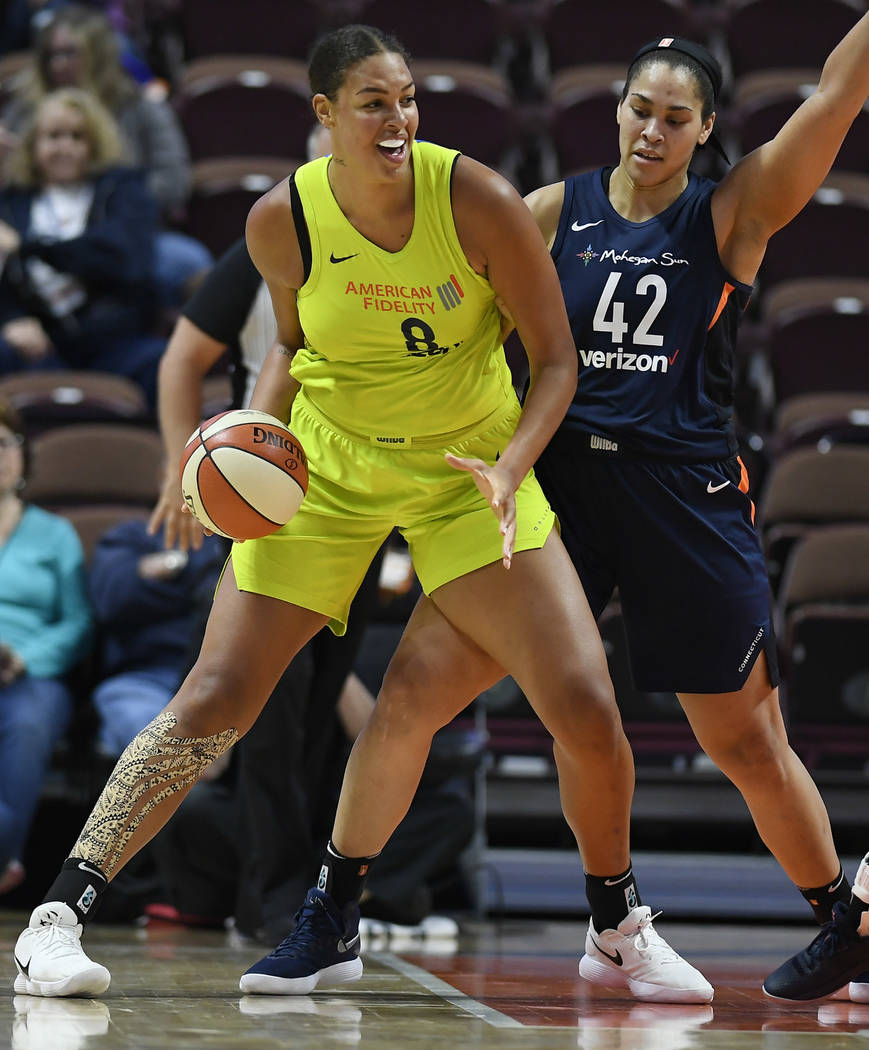 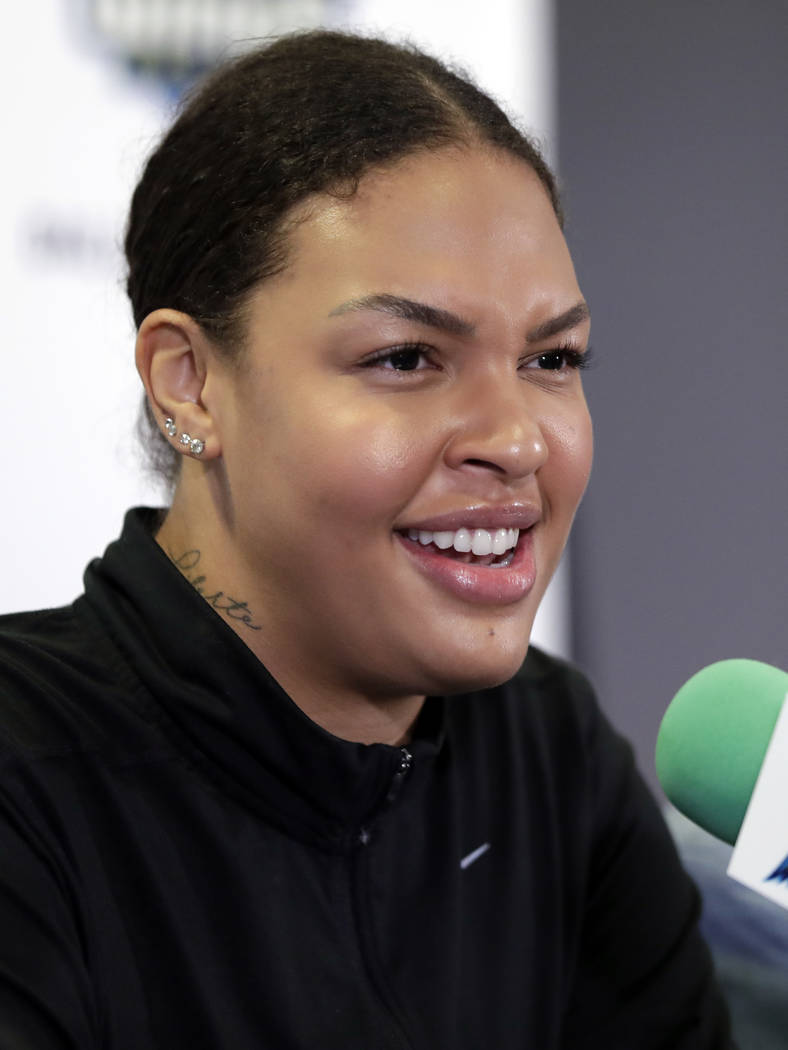 I suppose the only remaining question is … what ring size is Giggy?

Forget the part about grand expectations being dependent upon diligence. That shouldn’t in any manner define the Aces.

Not after The Great Roundball Robbery of 2019.

Not if Liz Cambage holds up her end and doesn’t take the first flight out of McCarran International Airport for better paying gigs in the great beyond.

If she sticks around, the UNLV men’s team isn’t the only win-now basketball program in town.

Difference is, you can believe it about the Aces.

Las Vegas on Thursday completed a trade for All-Star center Cambage from the Dallas Wings that could alter the entire complexion of the WNBA’s elite and make the job of media relations director John Maxwell — Giggy to those who know him — a whole lot busier.

The Aces are now favored to win a championship.

It should be the only goal this season.

They sent a backup point guard (Moriah Jefferson) with knee issues, a reserve forward (Isabelle Harrison) who missed last season with an autoimmune disorder and a 2020 first- and second-round pick.

I don’t know Wings president Greg Bibb from a strand of spaghetti but absolutely want him at my next weekend poker party.

The guys are always up for inviting a live one into the group.

It’s true that Bibb didn’t have much choice and even less leverage. The 6-foot-8-inch Cambage requested (demanded?) in January to be traded and made it known that Los Angeles was her preferred destination. She at least ended up a car drive away.

Still, the Aces got one of the league’s top two players and last season’s leading scorer without giving up anyone of major significance. If you thought the most shrewd move coach Bill Laimbeer has made was trading for Tina Charles when he was with the New York Liberty, this could make that seem like a mere footnote.

The Aces now can offer a starting lineup of three players — A’ja Wilson, Kelsey Plum and Jackie Young — who were No. 1 overall draft picks, along with Kayla McBride (eighth in WNBA scoring last season) and Cambage, who averaged 23 points and 9.7 rebounds in 2018.

She also scored a league-record 53 against New York, was runner-up for league MVP and her efficiency numbers around the rim are ridiculously dominant.

“We’re going to have five people on the court that are hard to stop,” said Wilson, unanimous Rookie of the Year last season. “Especially one-on-one … I’m excited to just get on the court and implement her into the system.”

It’s all good stuff on paper.

Um, there is other stuff.

Cambage is fairly outspoken, which at times can be a huge positive and enact needed change. But she also followed being drafted by Tulsa in 2011 with saying she didn’t want to play for the Shock, that “they want to make me a franchise player, but I’m not going to the WNBA for that.”

She played one season, didn’t return the following one, went back in 2013 and then spent four years away from the WNBA while making more money playing in China and her homeland of Australia.

In the past few days, she posted Instagram videos that included profanity about what she wrote was “sick of being patient and being quiet. I’m sick of not eating and not sleeping. I’m sick of being stuck in limbo …”

Whether such posts were aimed at the Wings is unknown — odds certainly favor it — but there is no question that with Cambage comes a certain level of drama.

In another post, she wrote, “You never cared about me, you just care about owning me. I’m a human and I deserved to be treated that way.”

And yet if you’re the Aces, you still make this deal every day and twice on Sunday.

“She makes an immediate impact for us,” McBride said. “But we’re focused on becoming a championship team. She’s going to add to that.”

What she can help add is a ring.

That should be the only goal this season.

What do you know?